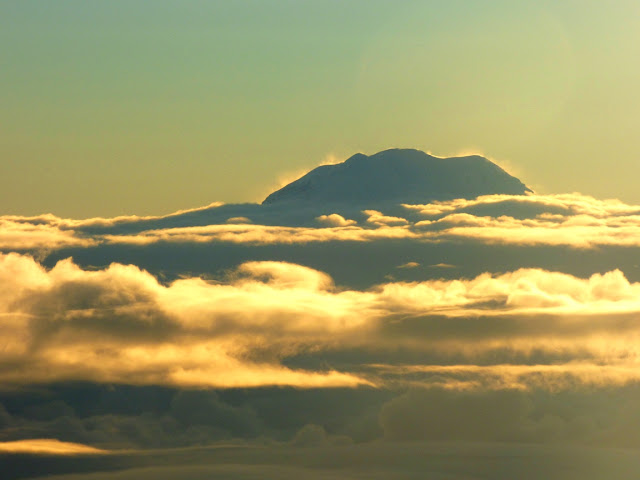 Do you know what I like about flying? I admit that there is much not to like about flying, starting with navigating airports while dragging luggage, standing in security lines, paying $4 for a bottle of water, sitting in airplane seats designed for thin 12-year-olds, and waiting for baggage and rides at crowded airports. On the other hand, when one is at 36,000 feet, at that moment one is seeing a part of the world that no one else is seeing. And from rarely seen angles. 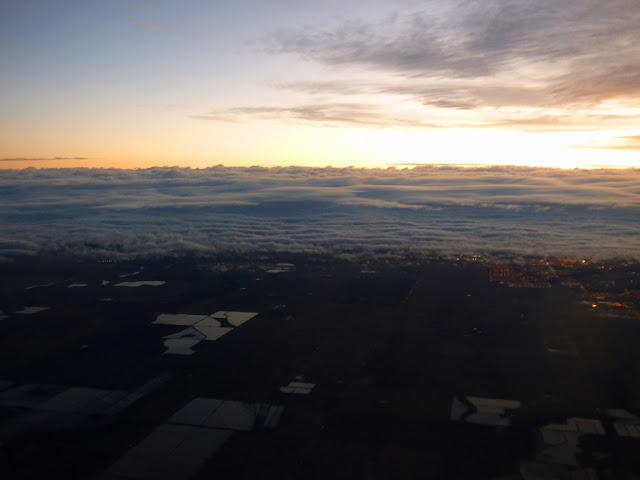 I don't fly as often as I would like, so I always keep my camera handy, since one never knows what might come up. A big storm had just hit the entire west coast, and clouds were everywhere as we flew towards the Pacific Northwest, so there wasn't much to see at first. But we were among the first people in California to the see the sunrise. 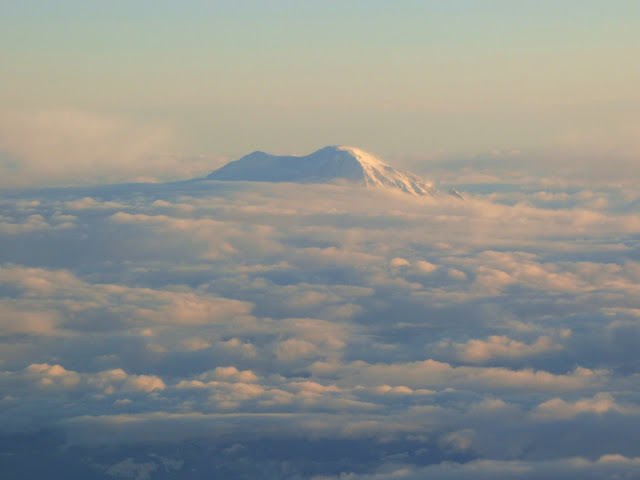 My phone GPS works in airplane mode, so I knew the very moment that I flew past Lassen Peak (covered by clouds), Mt. Shasta (under the plane), Crater Lake (under the clouds), and all the Cascades volcanoes of Oregon (under the clouds). A volcano finally rose above the clouds off in the distance. I thought it could be Hood, but I realized the only volcano tall enough that day was going to be Mt. Rainier, at over 14,000 feet in elevation. That's it in the first picture, after our descent towards Seattle, and in the picture above when we were still at a high elevation. 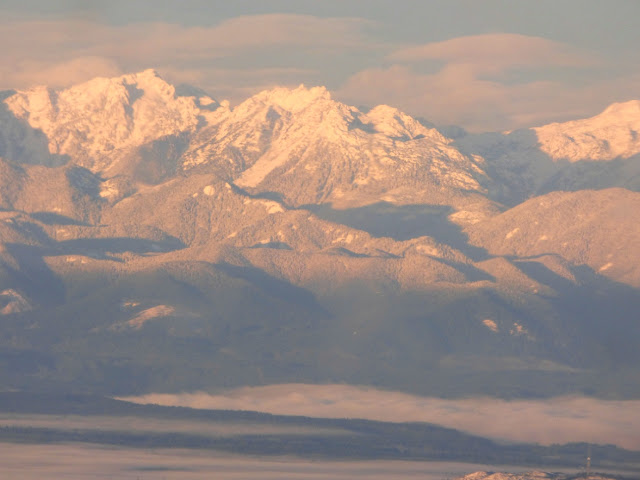 The biggest treat came when we approached SeaTac. I was on the right side of the plane, and a series of snow-covered peaks came into view through the windows on the left. Yes, I was silly enough to try to snap a zoomed shot through the window on the other side of the plane! The Olympic Mountains were shining bright in the morning sunshine, a sight no one on the ground could see that day. I didn't want to miss. 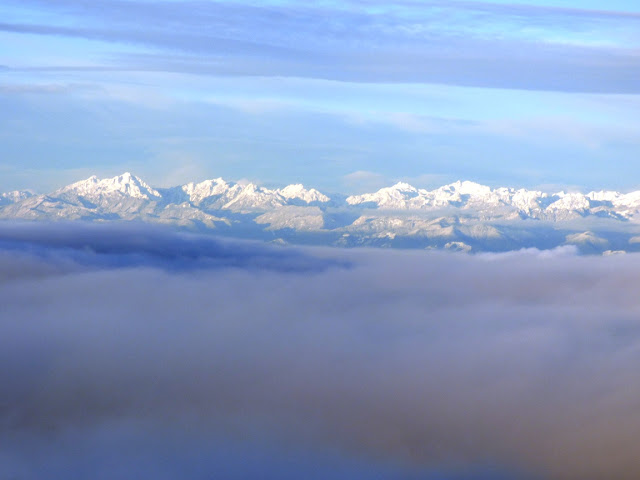 The planed banked to make its approach to the runway, and for a moment I could see the Olympics from my side of the plane as well. And then we descended through the clouds and the Seattle town center appeared through the mist. The Space Needle is hard to miss!

The Airline Chronicles was one of my first blog series, and I've returned to it on those rare occasions that I get to fly somewhere. The flight home is a nighttime flight, so it's going to be some time before we see another post in the series. Enjoy! 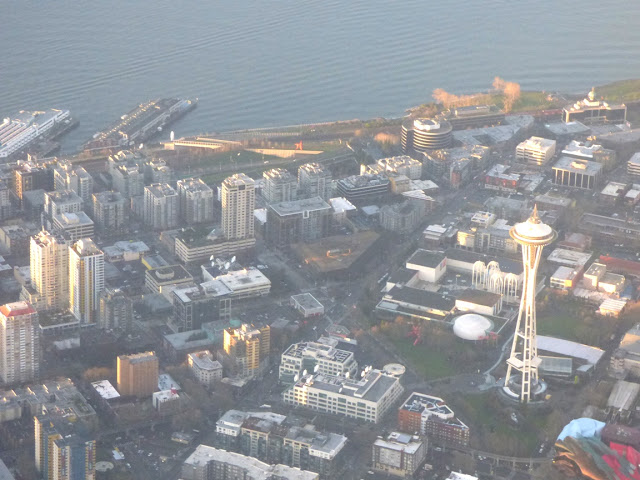 You got some beautiful shots here. I love the first picture of Mt. Rainier, and I can't believe how good that zoomed shot from the opposite side of the plane is!

I have a series of pictures from our trip from Vancouver, BC to Mexico as we flew over the States. I had no idea at the time or now where any of them from, but I should write up a blog post about it myself. It was a clear day across most of the trip and I saw some really cool features.