A Day on the Stanislaus: There's Still Some Water in California 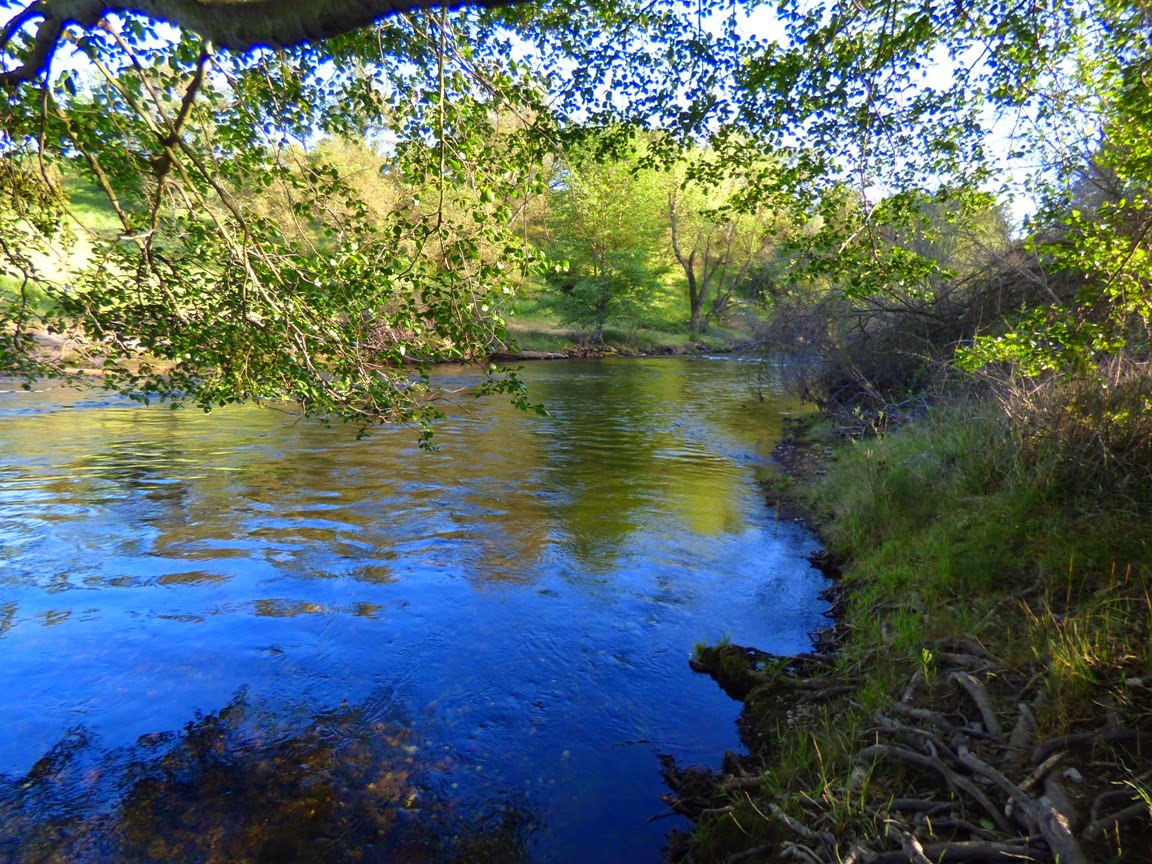 It's not nearly enough, and the runoff from the snows of winter will be the worst ever, but there is still a little bit of water in California. The rivers aren't dry yet.

It's been a strange year, because by the rain gauge in my backyard, we have received near-normal precipitation. The total so far, 10.5 inches, is just short of the normal 12 inches we get in an average year (as if average years ever happen). The problem is that about seven of those inches came during an extraordinary sequence of Pineapple Express storms in December that dropped lots of rain in the Great Valley and Coast Ranges. But the storms almost entirely missed the Sierra Nevada, and because the storms were warm, very little snow fell at all. So the effect of the storm was to add several feet of water to the reservoirs, mainly in the northern Sierra Nevada, and with not a drop of rain in January, and only a few weak storms in February and March, we as a state are in dire straits. The last snow report was just 6% of normal. The worst drought in recorded history. And it is now the fourth year.

The governor has for the first time ever called for mandatory cutbacks in domestic water use, which will help, but since 80% of the water used in the state goes to agriculture, more will be needed. And what happens if the drought continues? There is evidence of two megadroughts lasting as long as a century during the last 2,000 years. Are we in the beginning of another epic drought? Who can say? 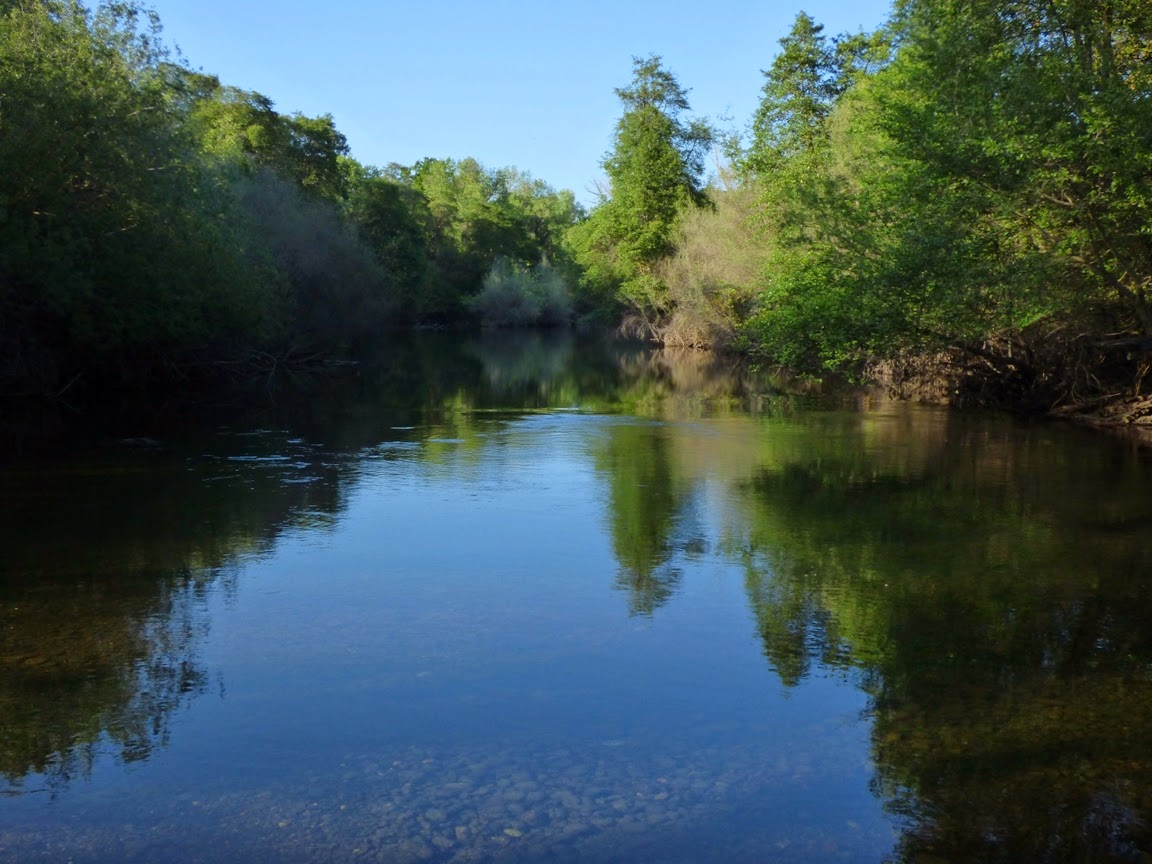 In the meantime, the rivers are still flowing. Not enough, not nearly as much as should be flowing at this time of year, but the few storms we had were spaced just well enough to promote some wildflower growth, and for the time being, most of the Sierra Nevada foothill slopes are green or nearly so. And another storm is predicted for Tuesday, with hopes of maybe another half inch of rain.

I was out for a short walk this afternoon at Horseshoe Bend Park on the Stanislaus River. The Stanislaus is the first major Sierra Nevada river north of Yosemite National Park. The headwaters are located near Sonora Pass. There are several reservoirs upstream, including the massive New Melones Dam, built in the 1970s. To make up for the sections of beautiful river that were destroyed, the Army Corps of Engineers constructed a series of parks on the downstream stretches of the river between the dam and the confluence of the Stanislaus and the San Joaquin. At Horseshoe Bend there is an old gravel pit that has filled with groundwater forming an attractive pond, and a small campground for river rafters. It was a pleasant place to walk this afternoon. 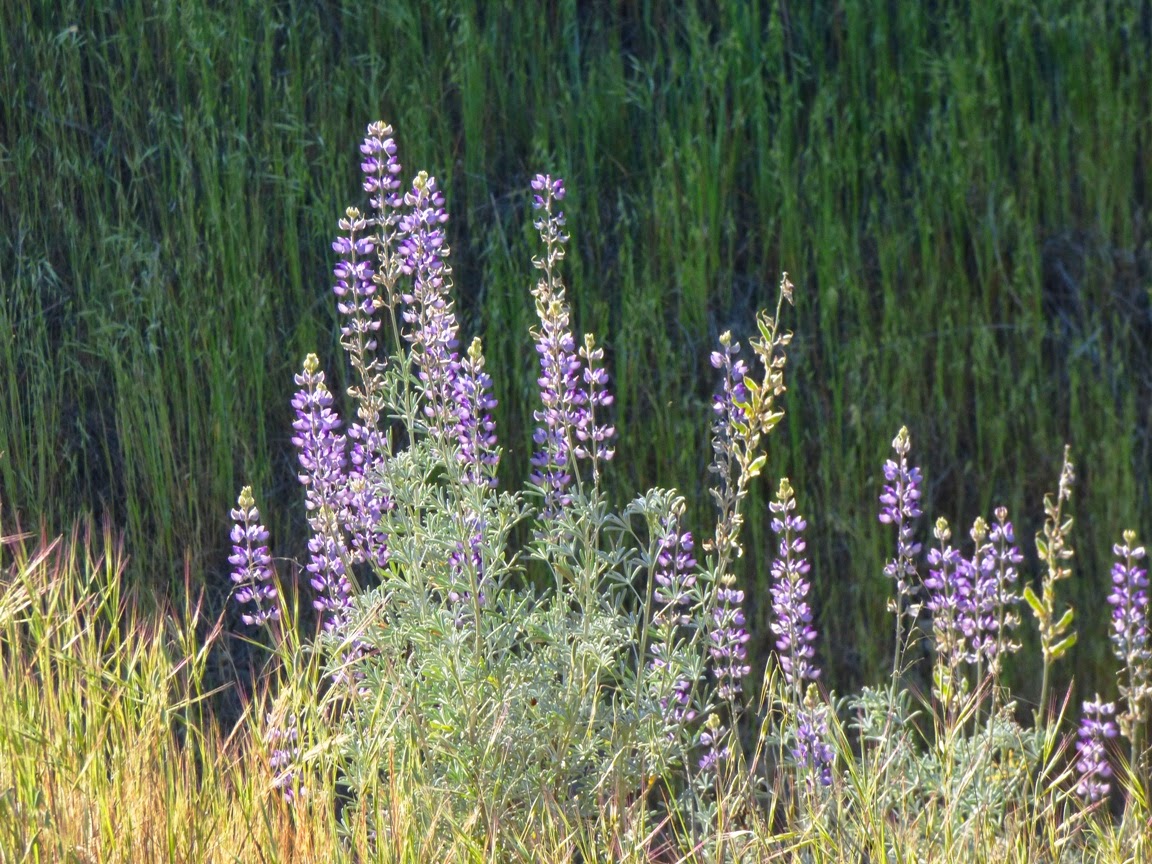 The flowers were mostly bush Lupine and Golden Poppies. There were quite a few water birds about, mostly Canada Geese, American Coots, and an American Wigeon. There were a dozen or more Turkey Vultures and several hawks as well. 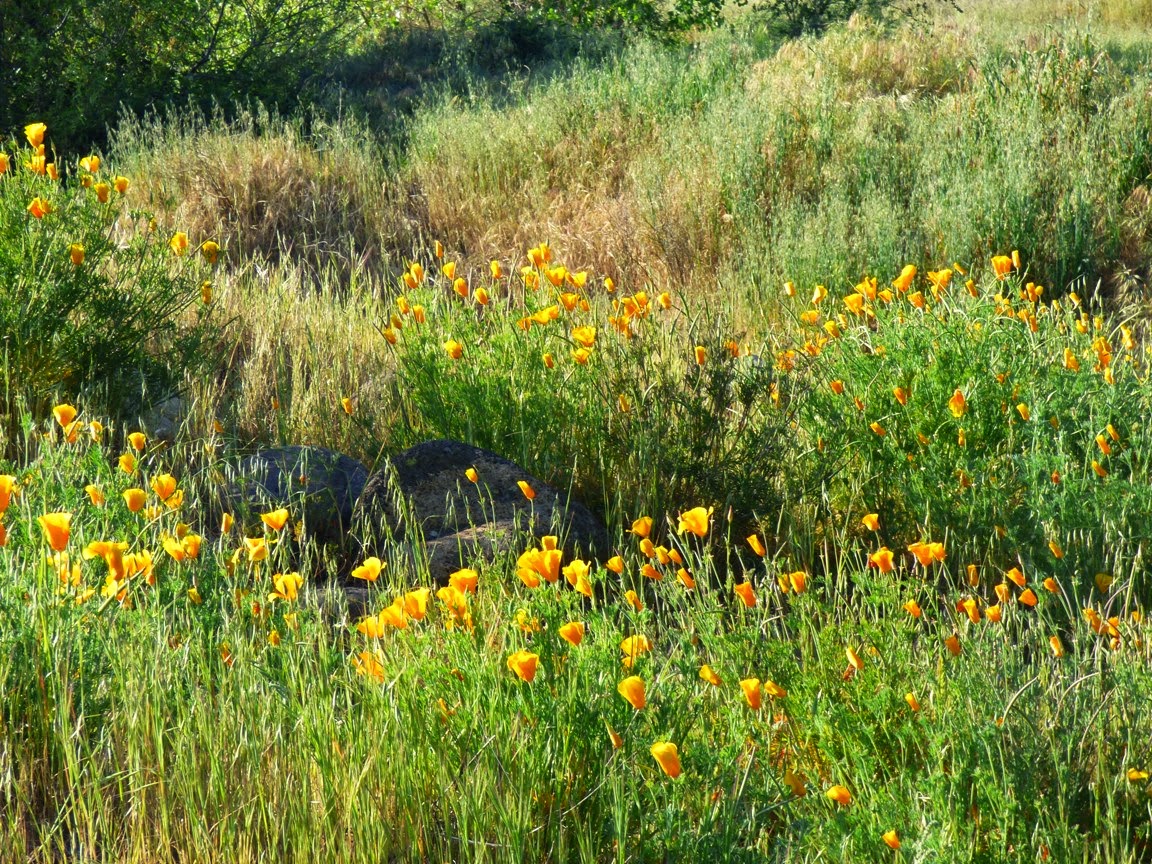 The sound of flowing water is a precious thing in a year like this. I tried to make the most of it!

We'll be back to our blog series on the Most Dangerous Plate Boundary quite soon.
Posted by Garry Hayes at 12:36 AM

I love all the pictures of how beautiful they all are. Shows how beautiful and why it's important to get out and see these places! It's sad on the water situation in California and the South West are having. I do give the governor of California credit on what they're doing to help with the situation.