Driving Through the Most Dangerous Plate Boundary in the World: The Alien Bursts Forth in the Diablo Range!


The next stage of our journey through the most dangerous plate boundary on the planet takes us across the Coast Ranges from the Bay Area to the Great Valley. There are freeways that make the trip easy, but they don't go through the interesting parts. Traveling Interstate 580 at 65mph, one mostly just sees grassy slopes and precious little rock. The problem, from the geologist's perspective, is that they cut the freeways through the easy rocks, the sediments of the Great Valley Group, or unconsolidated alluvium. Featureless siltstone and sandstone, not much to look like.
To see interesting things, one needs a route through the core of the Diablo Range. The sub-range of the Coast Ranges makes a formidable barrier more than 100 miles long from Mt. Diablo to the Coalinga region. Geologically the core of the Diablo Range is kind of like (structural geologists everywhere, forgive me) the horrible beast thing that burst out of John Hurt's chest in the movie Alien. It's composed of deep crustal rocks from the accretionary wedge of the great Mesozoic subduction zone (the Franciscan Complex) that have been squeezed up along faults while erosion removed the overlying sediments. The Great Valley sediments were never deeper than a few miles, but the rocks of the mountain interior show evidence of burial at depths as great as twenty miles (32 kilometers). These rocks are different from those of the Marin Headlands, and the difference is not just the lack of coastal cliffs. We'll look at them a bit more in the next post. 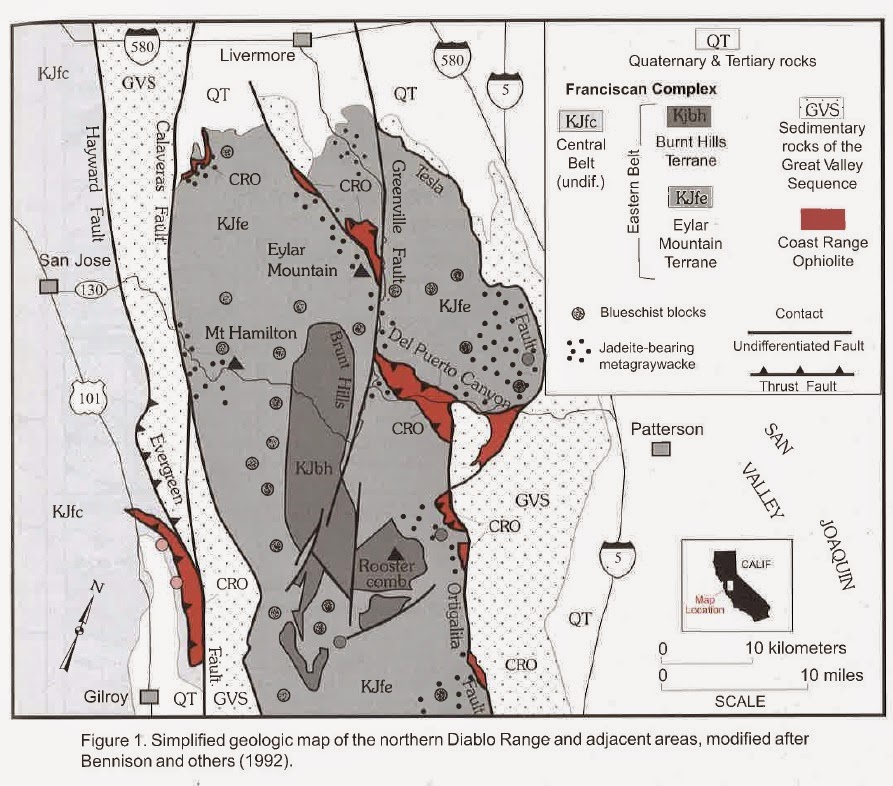 A funny thing happens to a few poor folks every so often. They're new to the area, and they have to go from the Bay Area to the Great Valley for some odd reason or another. It's late in the afternoon and the GPS tells them that traffic is bad on the Altamont. They look at the map and see an alluring sight: a paved road from San Jose to Patterson. It's even listed on the map as "State Route 130", which means it's a highway, right? And no traffic jams according to the GPS! So off they go. And go. And go some more. The number of twisting curves is unbelievable. The road doesn't even go over a pass, it goes right over the top of the highest peak in the area. What kind of road does this sort of thing? Maybe three hours and fifty miles later, tired and frazzled, they arrive in Patterson, far behind schedule and looking desperately for a bathroom and a Starbucks. 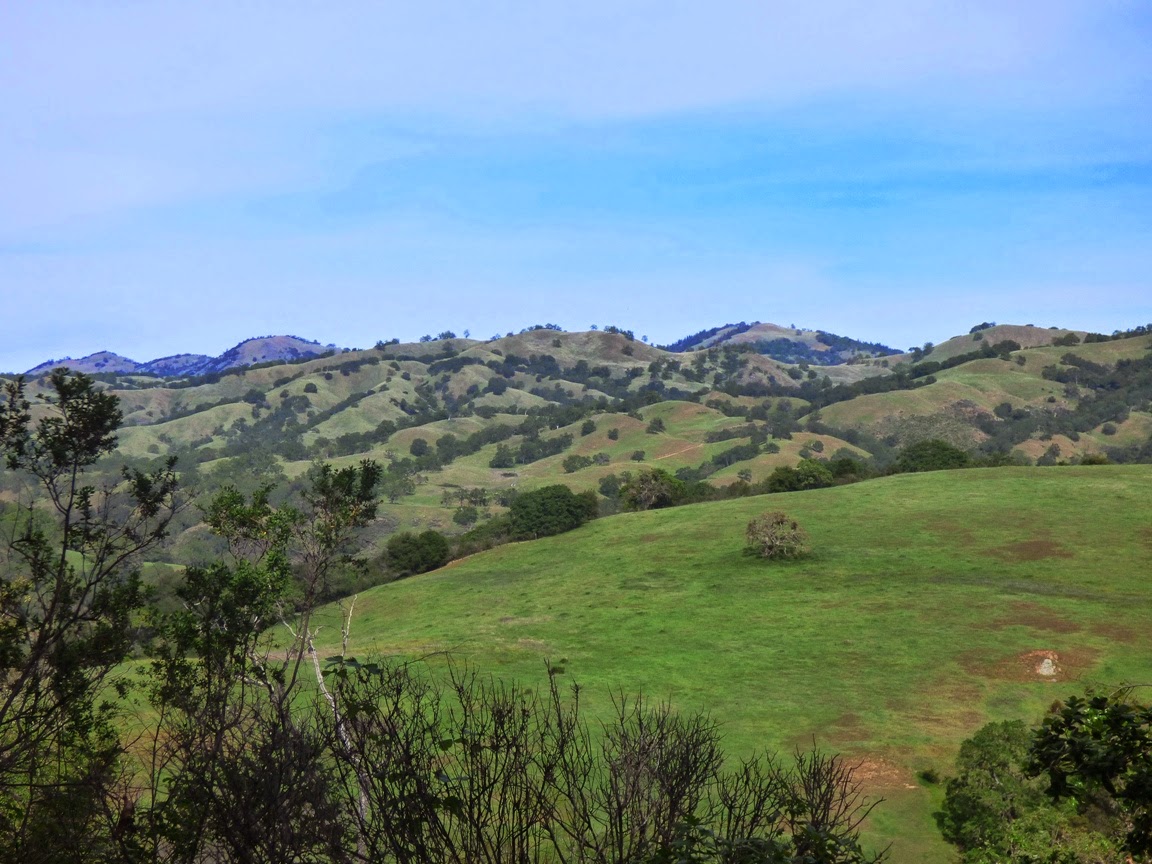 The probably don't realize it, but they've just traveled one of the most geologically interesting roads in the state of California. Even more, they've taken a journey to the bottom of the sea and through the underlying crust, right into the Earth's mantle. They've passed through the realm of dinosaurs, and bizarre giant marine reptiles that probably ate sharks as a light snack. And they've passed through one of the diverse ecological habitats left in the Coast Ranges. Along the way they encountered the Lick Observatory, an important locality for groundbreaking astronomical research. 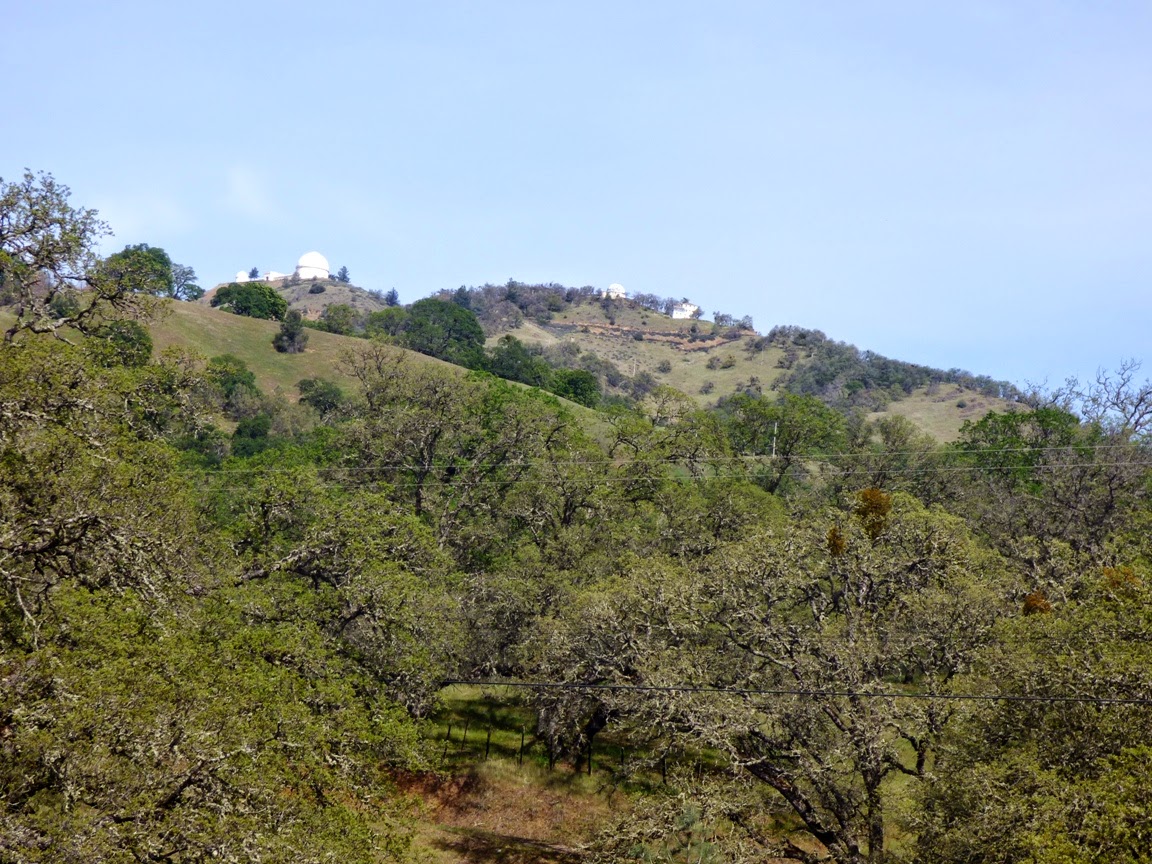 We'll pick up the story of this fascinating region from the summit of Mt. Hamilton in the next post.
Posted by Garry Hayes at 11:36 PM