Shortest Lunar Eclipse of the Century: A Few Views 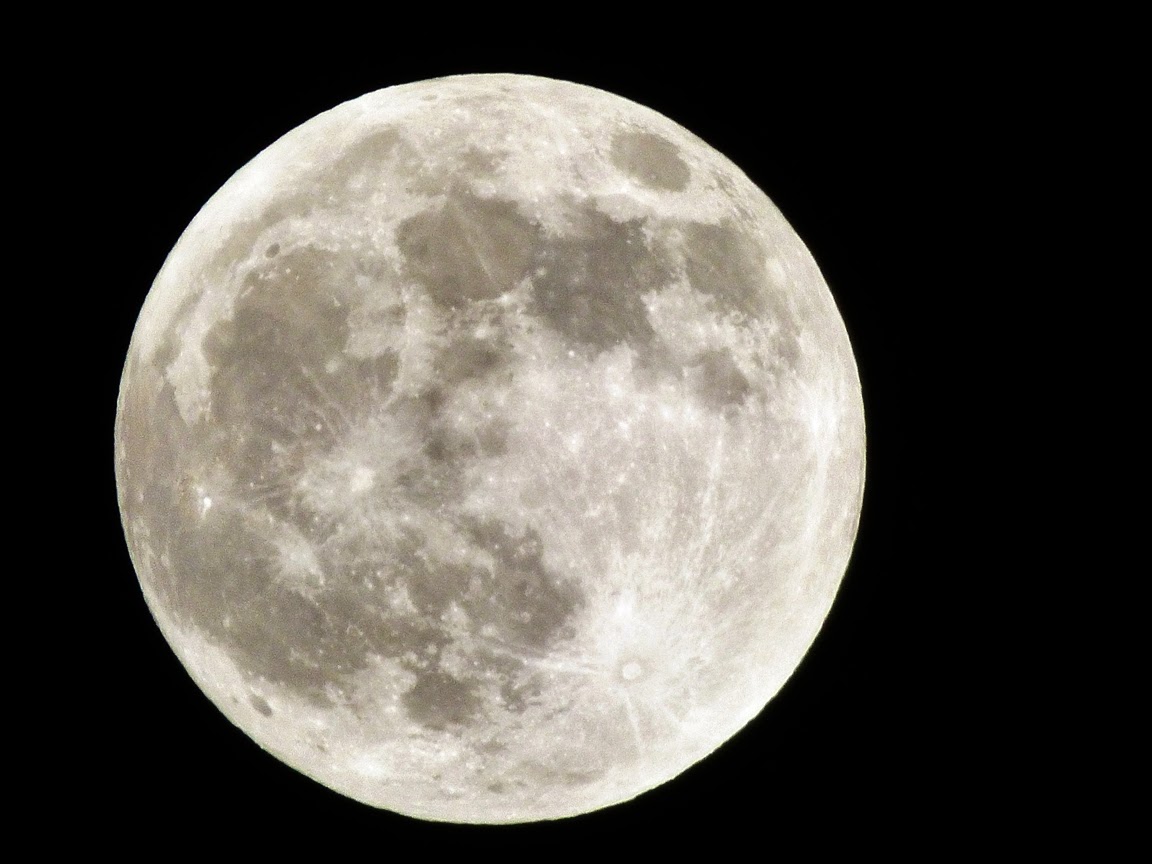 Yes, I was one of the lunatics who got up early in the morning to check out the shortest total lunar eclipse of the century. Here are the shots I got over the space of about an hour. I started actually at midnight, to get a full moon shot before anything was happening. 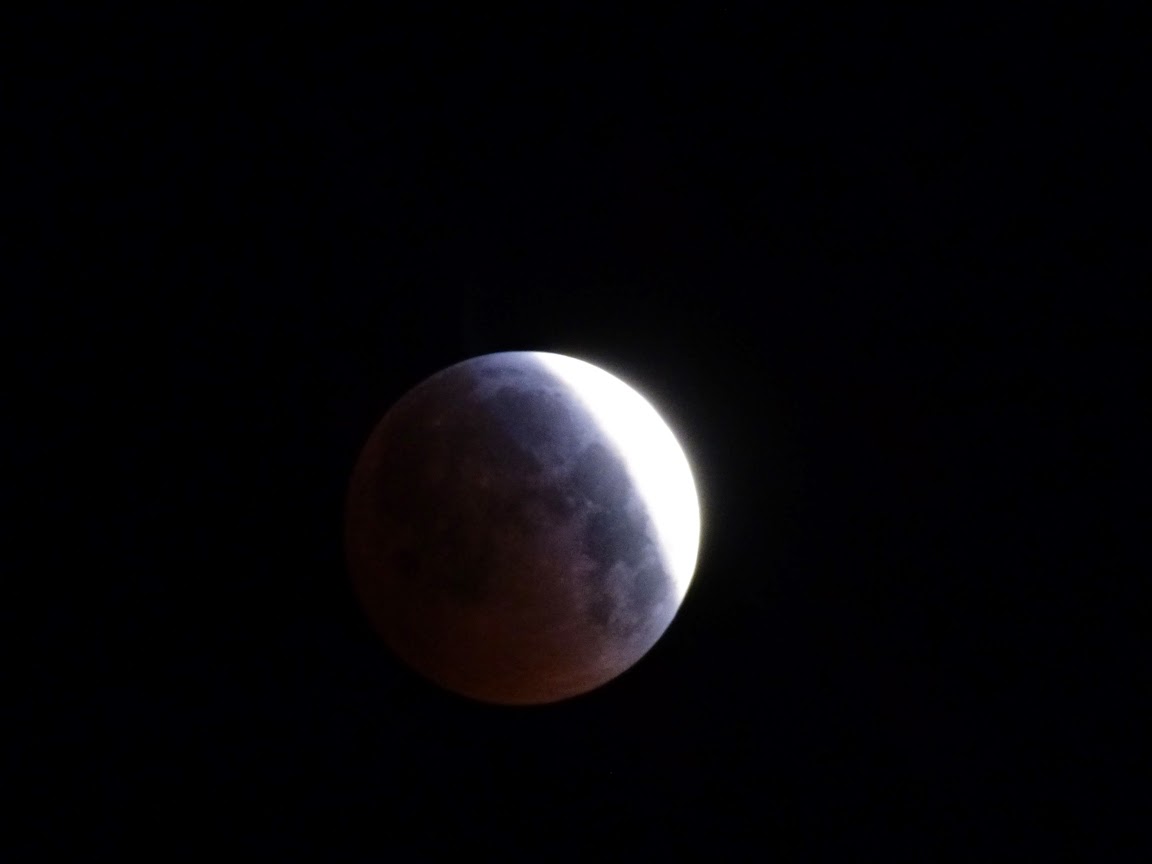 Then a bunch of fuzzy shots, typified by the one above, because I forgot that I had a tripod in the car next to where I was taking pictures. I finally remembered the tripod and set it up during totality. 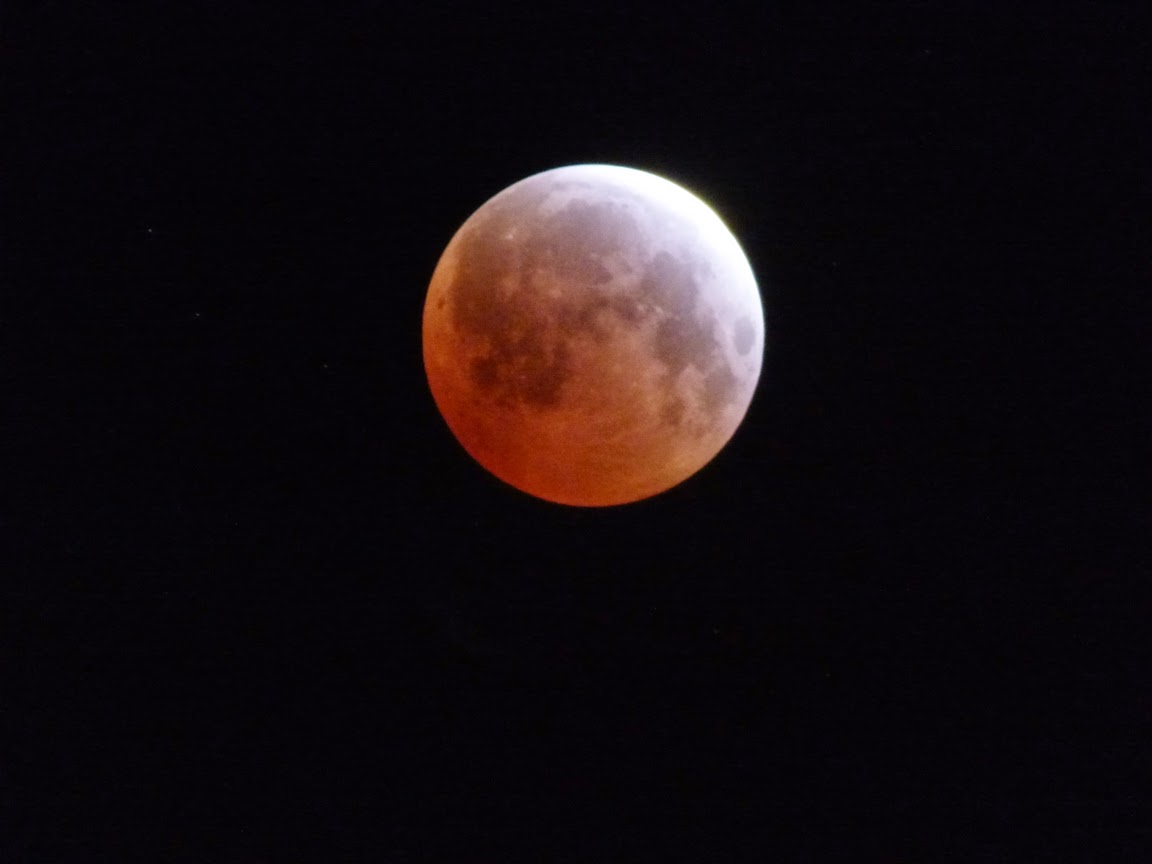 The orange red color of the "Blood Moon" happens because light is refracting through the Earth's atmosphere, breaking the sunlight into its component colors. If we were on the Moon looking at Earth, we would be seeing all of the sunrises and sunsets at once. 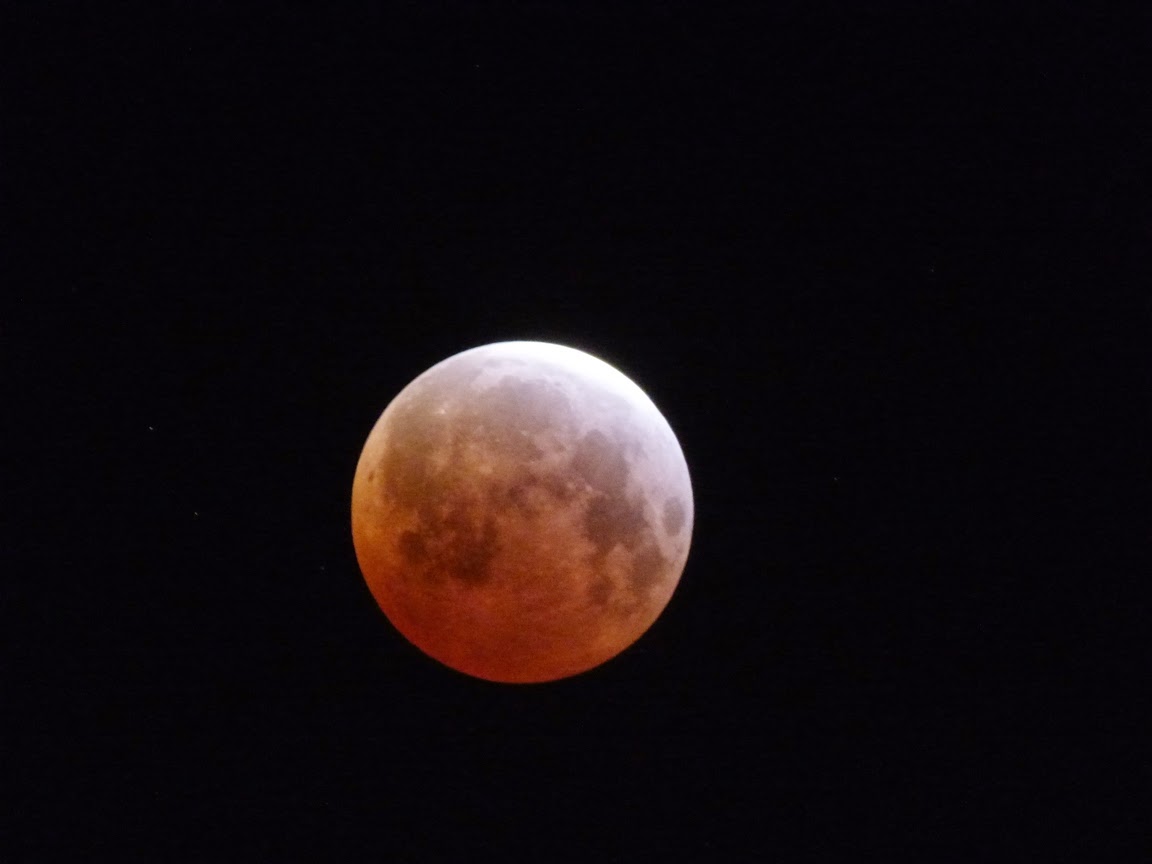 After only five minutes or so, the Moon started to creep back into the light and the redness started to disappear. 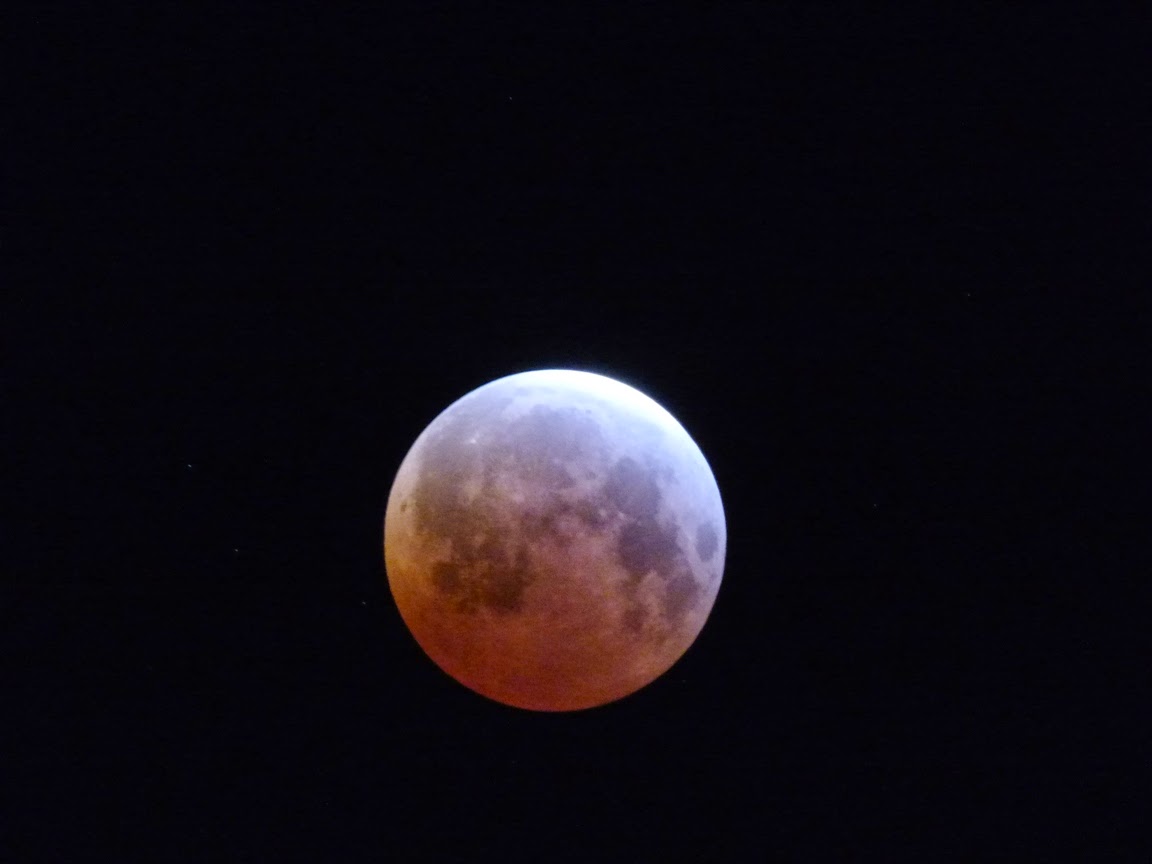 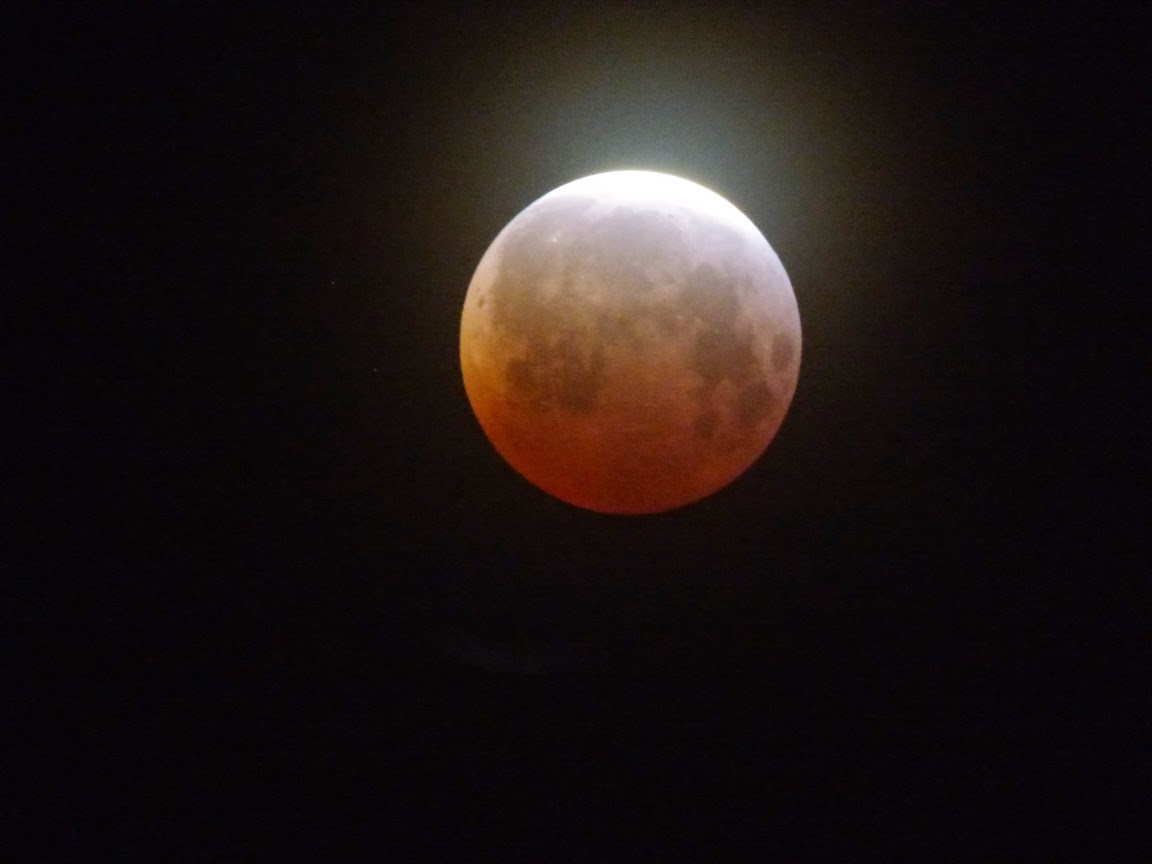 Soon the sharp edge of the Earth's shadow took shape. 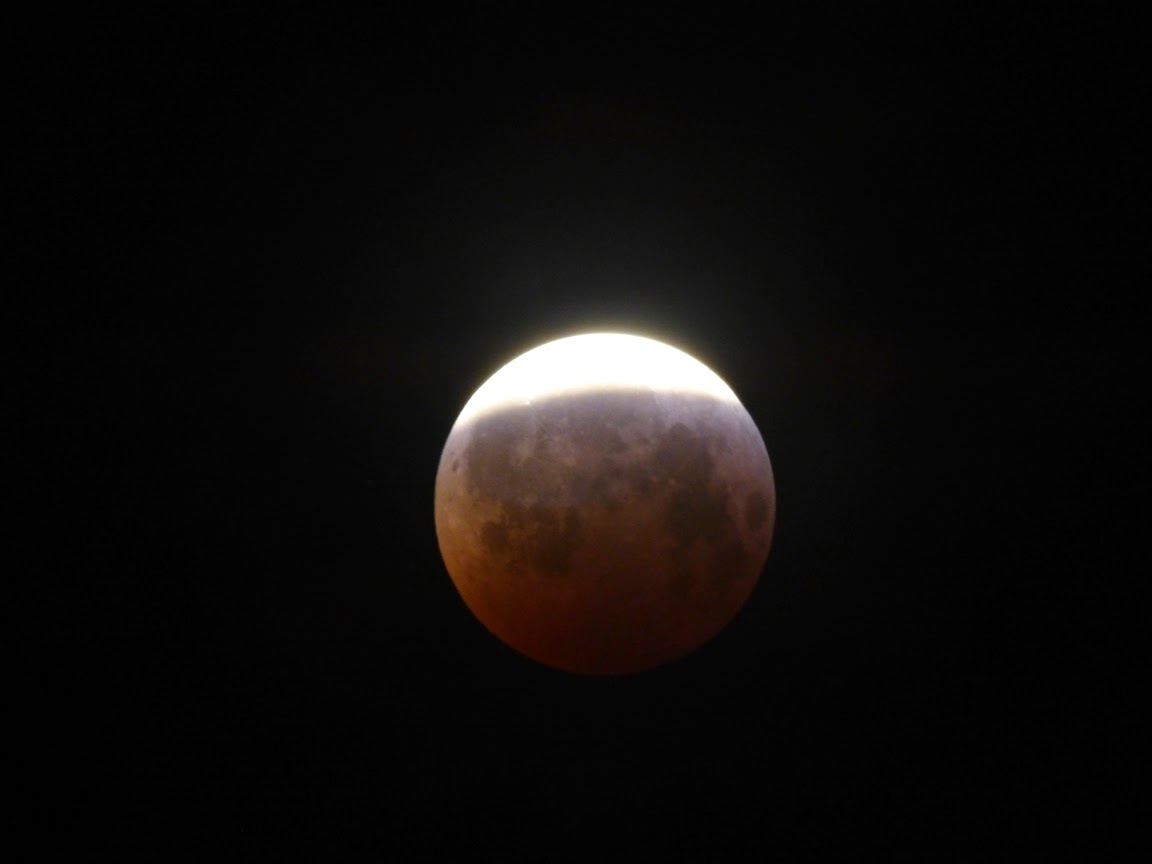 I was able to take a few more shots by hand at the higher magnification. And then it was pretty much over as the sky started to lighten up with the coming sunrise. Time to go back to bed! 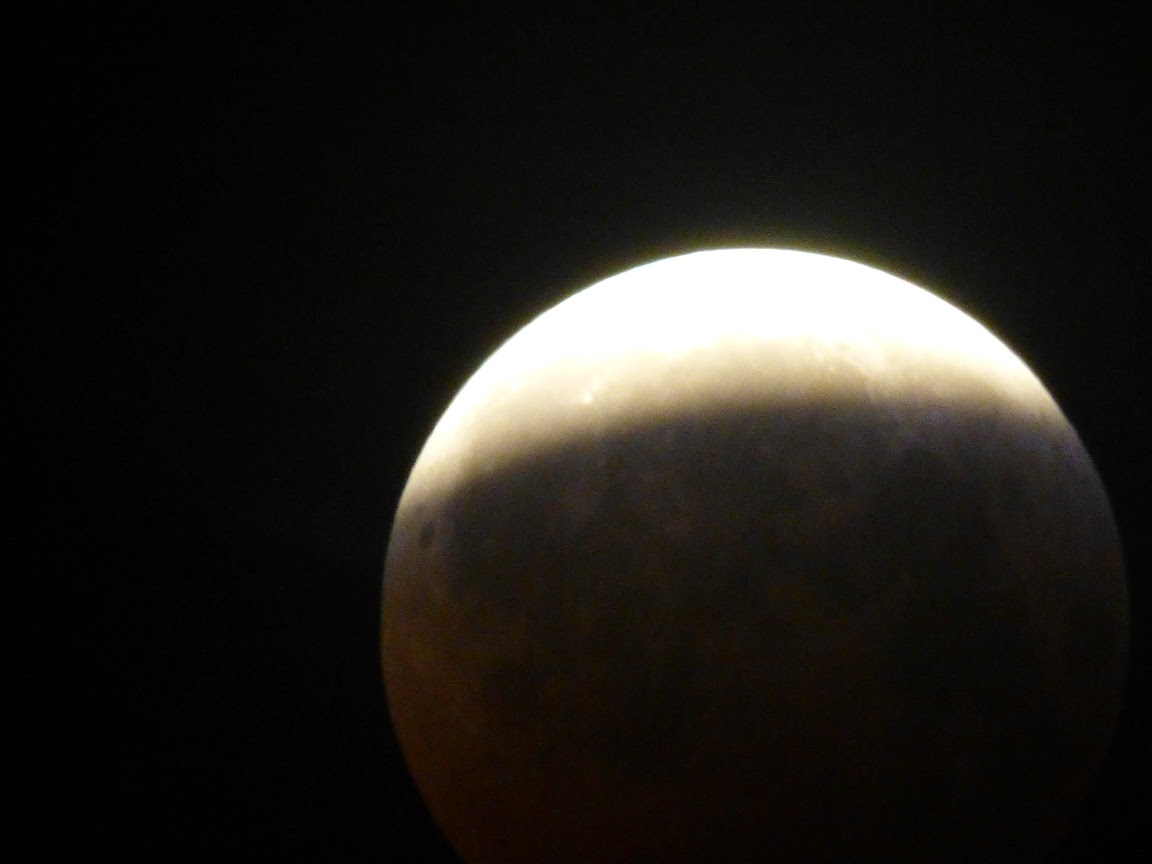 Great shots, especially after you got the tripod out. I was too lazy and cold to get out for it here in UT.

Very nice pictures! I wish I saw the lunar eclipse.

The total lunar eclipse was visible from western North America, eastern Asia, the Pacific, Australia and New Zealand. Living in Africa I was not able to witness the eclipse myself. Therefore I found the photographs of the eclipse extraordinary and found the description of the ''Blood Moon'' particularly insightful.
15248985