Shaking Things Up in Mammoth Lakes: Hundreds of Earthquakes in 24 Hours

These things seem to happen whenever I have just left a place. I was in Mammoth Lakes only a week ago. There have been upwards of a thousand earthquakes in the last 24 hours or so. The biggest have been in the range of magnitude 3 to 3.8, which are big enough to feel. The USGS emphasizes that the quakes are tectonic (fault-related), not volcanic in origin. This is the place where fears of a volcanic eruption caused political controversy in the 1980s and 1990s (which also formed the basis for much of the movie "Dante's Peak").

Here is an announcement from the USGS California Volcano Observatory:

We have been closely tracking an earthquake swarm in California's Long Valley Caldera, which started yesterday at around 4AM PDT (September 25, 2014). The swarm is located 7 miles east of the town of Mammoth Lakes, about a mile north of the airport. From about 4 AM on the September 25th to 11AM on September 26th there have been more than 500 earthquakes of magnitude M1.0 and above, including 8 earthquakes between M3.0 and M3.8, which were felt locally. This is one of several earthquake swarms that have occurred in the caldera this year. Despite the several felt earthquakes, this is still rather modest activity compared with the much more energetic swarms occurring in the 1980s and 1990s. We do not see any evidence for anomalous ground deformation associated with the swarm at this time. Part of the Long Valley Caldera, known as the "resurgent dome," has been uplifting at a rate of about an inch per year since late 2011, and this remains unchanged. Caldera uplift has occurred sporadically for the last few decades. The uplift rate observed since 2011 is small compared to rates observed in the 1980s and 1990s. The earthquakes themselves are small, brittle-failure (rock breaking) events. Such events are sometimes called "tectonic." The earthquakes do not result from the underground movement of magma. We can distinguish between brittle-failure earthquakes and those resulting from magma movement by the characteristics of the seismic waveforms. 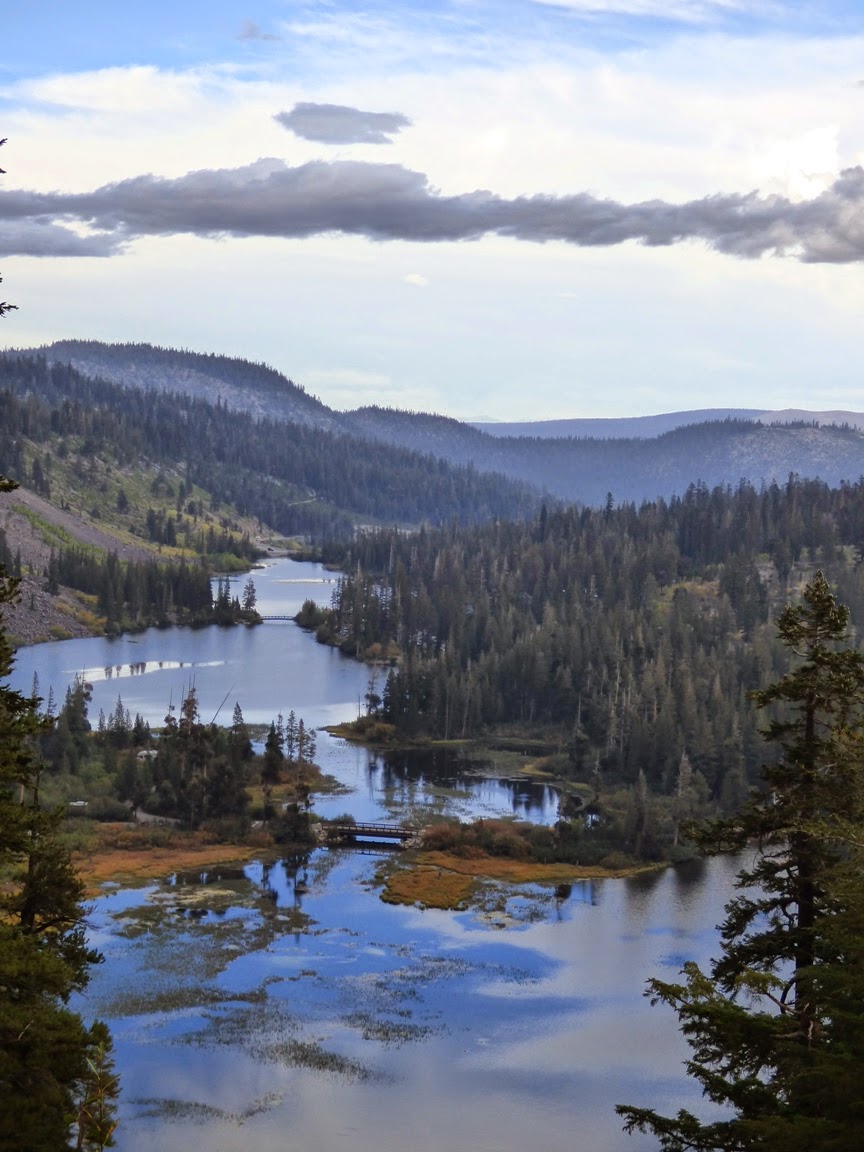 Yet another spectacular photo. Love your blog.

We were packing up to leave Mammoth Lakes the morning of the swarm but didn't feel a thing. I would never have known about it if not for your post--thank you! Also, I look forward to your future reports on the area, especially the Convict Lake metamorphics.