In Case You Haven't Seen It: Shock-wave from Volcanic Blast at Papua New Guinea's Tavurvur Volcano


This has been making the rounds on Facebook and Google+, but just in case you missed it, have a look at the shock wave from an eruption at Papua New Guinea's Tavurvur (or Rabaul) volcano. The footage was captured by an Australian couple, Phil and Linda McNamara. The shock wave is astounding.

Tavurvur is a small stratovolcano on the island of New Britain that has been highly active and dangerous. It nearly destroyed the town of Rabaul in 1994 and killed more than 500 people during an eruption in 1937. It is part of a larger (8x14 km) caldera that formed about 7,000 years ago.

Shock waves are nothing new, but good video images are. The cable television show Mythbusters has gotten a lot of mileage showing the effects of shock waves. In geology, I've been showing a satellite photograph from the eruption of Mt. St. Helens in 1980 to my classes for years that shows the shock-wave from that eruption. But a static shot doesn't capture the dynamic nature of such explosions. Closer to home, an explosive shock-wave from a 1996 rock fall in Yosemite Valley destroyed hundreds of trees in the area around Happy Isles. 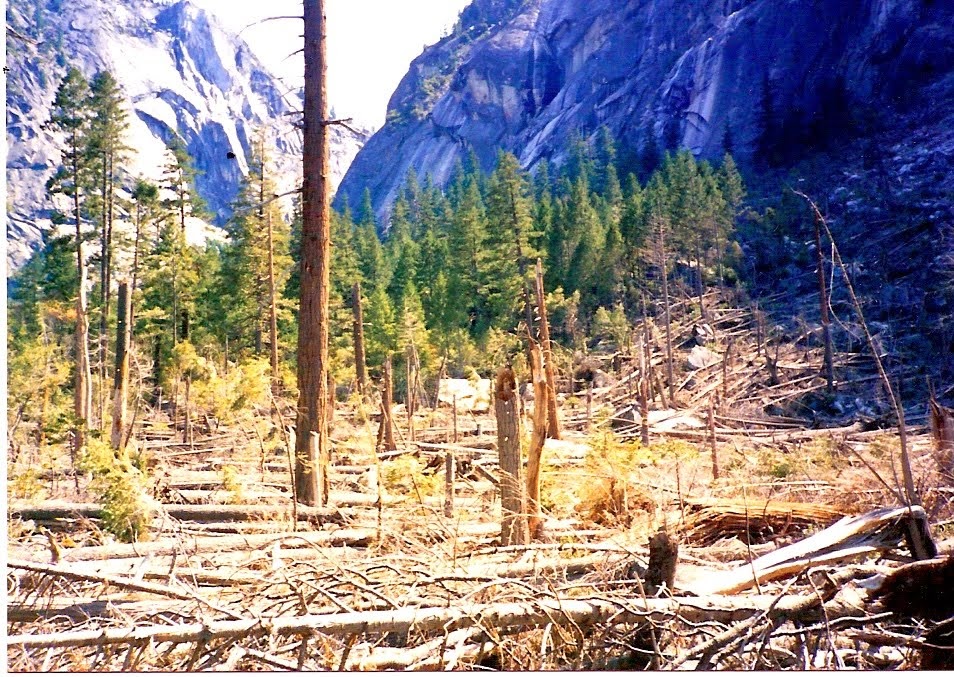 It's astounding stuff.
Posted by Garry Hayes at 1:23 PM