Why Did the Military Get Such Nice Digs? Fort Baker on San Francisco Bay 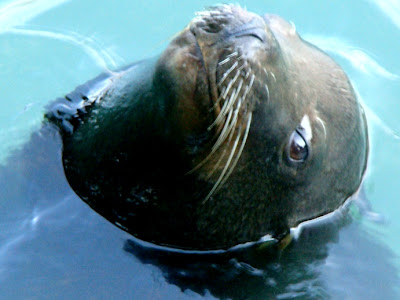 The reasons are partly geological. But before we mention the geology, there must be pictures of cute and interesting animals...like this young sea lion that was eying the crowd of fisherman on the wharf. We were in the Bay Area today celebrating a birthday, but everywhere we went was crowded, as if it were a holiday weekend or something. No parking on the beach at Half Moon Bay. Nothing at either end of the Golden Gate Bridge. The Marin Headlands didn't look particularly crowded from a distance, but the offramp on 101 was backed up for a quarter mile. There was a crowded art festival at Sausalito. We despaired of finding any place to hang out, but a short distance from Sausalito we found a quiet uncrowded park that had somehow missed my notice in the past: Fort Baker. 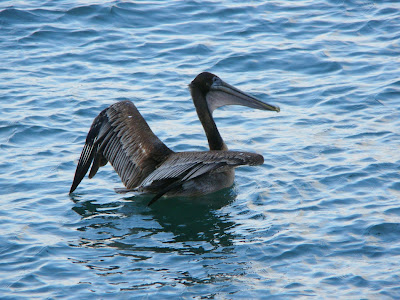 The military got all the best spots on San Francisco Bay. The Presidio is a huge complex on the northernmost part of the San Francisco peninsula, and the Marin Headlands were covered with forts and outposts, as well as an imposing group of gun batteries. It isn't hard to figure out why. Before the days when wars could be fought with buttons and missiles and drones, you had to assault other countries with some kind of invading force, and if the countries were bounded by shorelines, you had to invade with ships. A brief look at a map of the California coastline reveals that the state has a grand total of two natural harbors: San Francisco Bay, and Coronado Bay down south at San Diego. Two harbors that controlled essentially all major ship traffic south of the Columbia River in Oregon and Washington. Strategically, this is a vulnerability.

The eastern and southern coasts of the United States are geologically stable and are replete with fine harbors as a result of the steep rise in sea level that accompanied the melting of the glaciers at the end of the last Ice Age. River mouths were drowned, providing extensive bays, and deep anchorages. 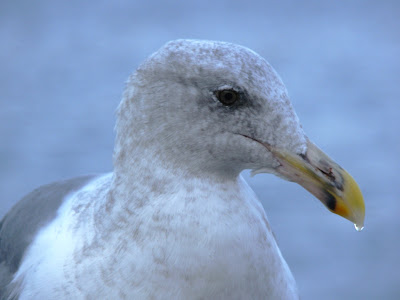 California is different. It sits on an active plate boundary, the San Andreas transform, and many parts of the coast rise steeply from the depths of the sea. The tectonic uplift has been geologically rapid, and erosion has not kept up in most places. The one exception in central California is San Francisco where the Sacramento/San Joaquin river system was able to carve a canyon through the rapidly rising Coast Ranges. When the ice ages ended, the rise of sea level filled the lower canyon of the Sacramento and San Francisco Bay was the result.

Fort Baker dates from around 1905 when the United States military was beginning to realize the vulnerability of the west coast to attacks by sea. By the time World War II rolled around, the hills above the Golden Gate bristled with cannons. Any armada that tried to enter San Francisco Bay would have been carved to pieces by the crossfire. 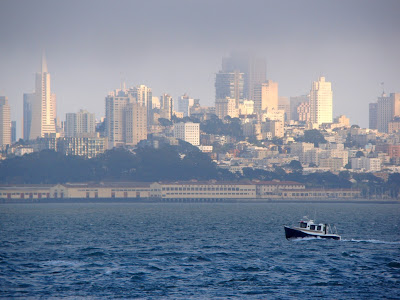 The nature of warfare has changed and the gun emplacements and military forts at San Francisco became obsolete. The Presidio was given over to the National Park Service in 1994, and the last soldiers left Fort Baker in 2000. The areas are now managed as part of the Golden Gate National Recreation Area. On this holiday weekend we discovered Fort Baker was uncrowded and beautiful. There was a simply spectacular view of San Francisco and a unique perspective of the Golden Gate Bridge. There was plenty of animal life to keep us entertained, and from the look of things, the fishing was good. It was a fine day....
Posted by Garry Hayes at 12:19 AM

Maybe as the waters rise again there will be more bays along the west coast.