A Gift for the Spring Equinox 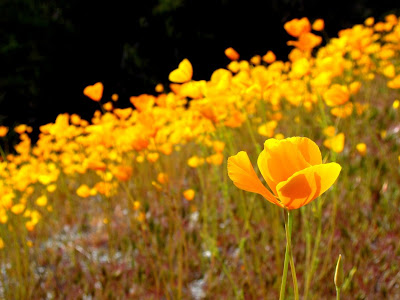 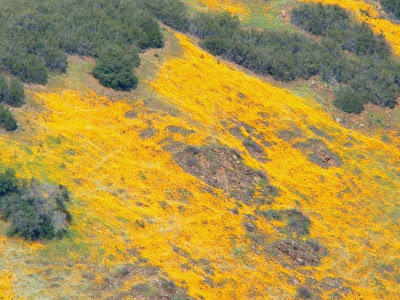 Greetings from California! We've reached the vernal equinox, when the earth is situated in such a way that the day and night are of equal length. The sun is higher in the sky and the days are getting warmer and longer, and plants are reawakening and sprouting in the Sierra Nevada foothills. We were hit with wildfire tragedy last fall in the Yosemite region, with tens of thousands of acres along the Merced River being incinerated. It was ugly then, but with a wet February, the Golden Poppies are taking over the slopes like they haven't in many years.
We had a geology class in the Mother Lode last weekend, following historic Highway 49 from Mariposa to Jamestown. We did, in fact, look for and talk about the rocks and minerals that are the source of the gold that fed the massive rush in 1848 and 1849, but aside from a spectacular gold specimen in the museum at Mariposa, we didn't find any. Except for the gold that mantled the slopes along the river!
Check the Yosemite blog for some occasional updates on the wildflowers in the Sierra Nevada.
Posted by Garry Hayes at 10:45 PM