Went Looking for Rocks and Birds, Came Back With Flowers and Butterflies 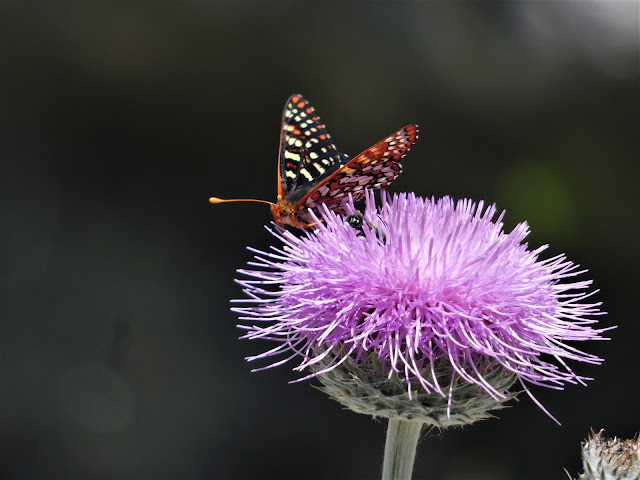 Oh boy, do I ever have a blind spot for learning. I can't learn flowers or butterflies. I'd blame it on age, but I've managed to learn something like 200 bird names in the last three years, so it's not that. Whatever the cause, I headed into the hills of the Sierra Nevada today looking for rocks and birds, but I came home with a bunch of flower pictures with butterflies that I couldn't confidently identify. So I won't try...I'll depend on your help! The comments section is below. 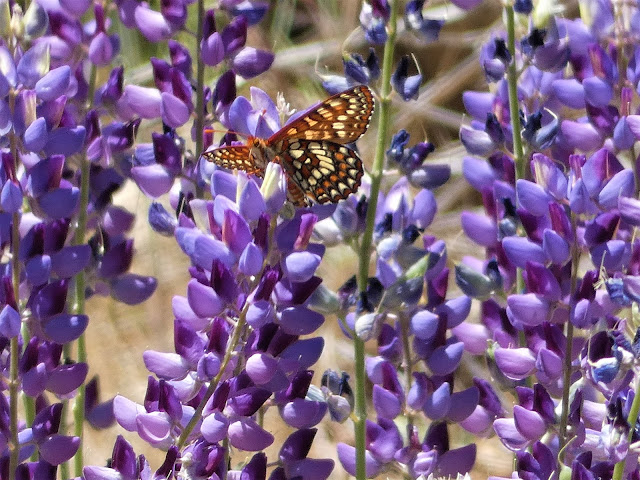 We were headed to Yosemite Valley to see the waterfalls before they dried up (it has been an excruciatingly dry year). We had already missed what was apparently a spectacular Golden Poppy extravaganza in the Merced River canyon downstream of Yosemite, but there were still plenty of wildflowers to be seen, especially on the shady north-facing slopes. But the unexpected delight of the day was the abundance of butterflies on what flowers there were. 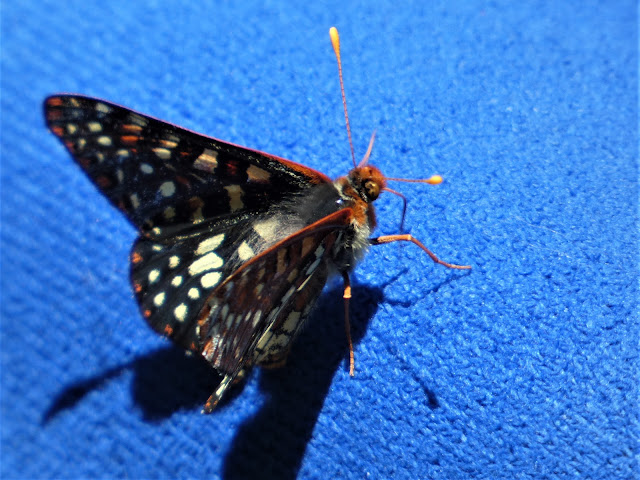 One poor individual flew into our car and had a confusing time trying to get nectar from a pillow. 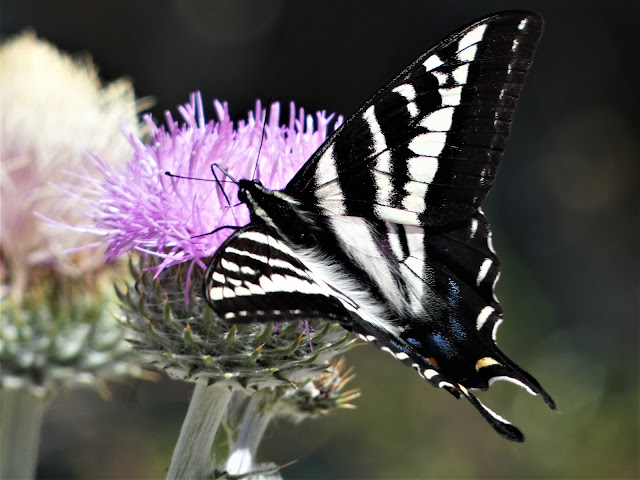 There was even bits of drama with butterflies vying for the best flowers. The one in the pictures above and below drove off several Checkerspots. 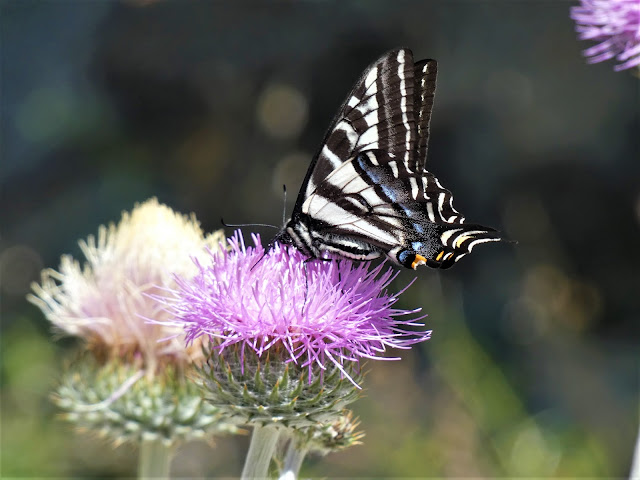 I guess if I get tired of trying to identify every bird I see, I'll turn to flowers and butterflies. The thing is, birds are a year-round project. The flowers are ephemeral, and so are the organisms that feed off of them. 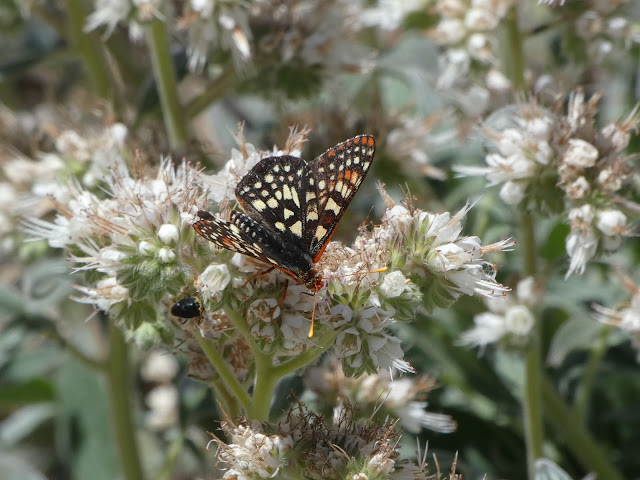 There weren't just butterflies in the wildflower fields. I caught the Ladybug below too, and any number of bees and flies. 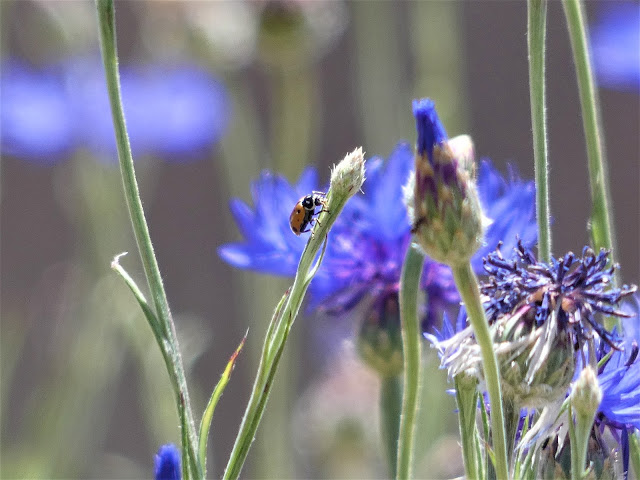 It was a spectacular day, and not just from the flowers. Look for some new posts on Yosemite Valley as soon as I get the chance!

Lovely to see accounts of your road trips around beautiful California again. May you have a long and happy life trying to identify wildflowers and butterflies. I would call the aggressive butterfly a pale swallowtail, Papilio eurymedon.

The iNaturalist AI is very good at providing IDs, and your observations add to the research database. The main hurdle I have is geotagging camera photos. My two camera bodies can sync with my phone for location data via apps and Bluetooth. Or I take a phone photo to pair with my mirrorless photos to localize the observations.

Another app for identification is Google lens. It is in the camera application supplied by Google for Android. Some manufacturers replace that with their own app so it may not be on some Android phones. However, there is a web based version https://lens.google.com