The Eclipse of the Blood Flower Supermoon 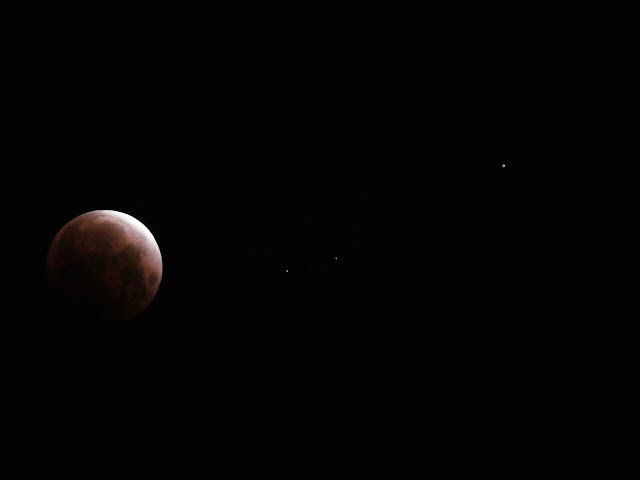 The Moon passed through the shadow of the Earth very early this morning. There hasn't been an eclipse like this in two years, and it was more remarkable because the Moon was at nearly the closest approach it ever makes, so it appeared a bit larger than normal. How much larger? My camera has a 120x zoom, and a more distant Moon will just fill the screen. The picture below shows how it looked last night before the eclipse began. 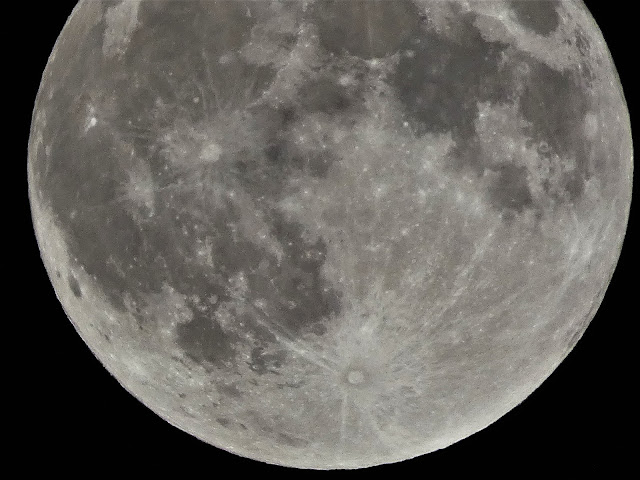 I got up at 3:00 AM just so you wouldn't have to! At that point, the shadow was already covering part of the Moon. 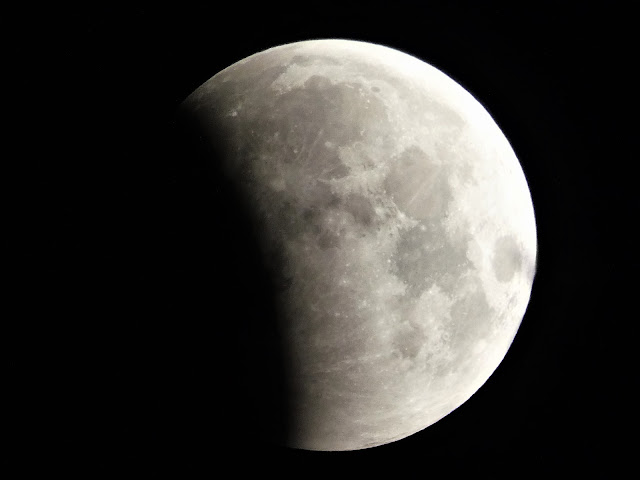 I didn't want to stay up all night, so I looked 45 minutes later to check on the progress. 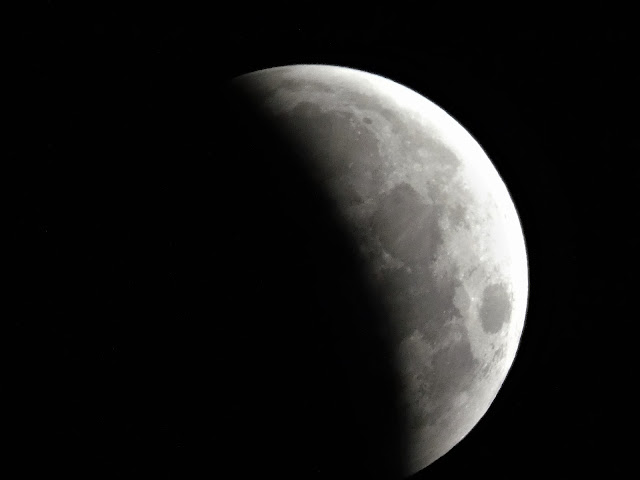 By 4:20 AM, totality was reached and the very dim Moon was glowing red, the result of the red part of the sun's spectrum being refracted through the Earth's atmosphere. 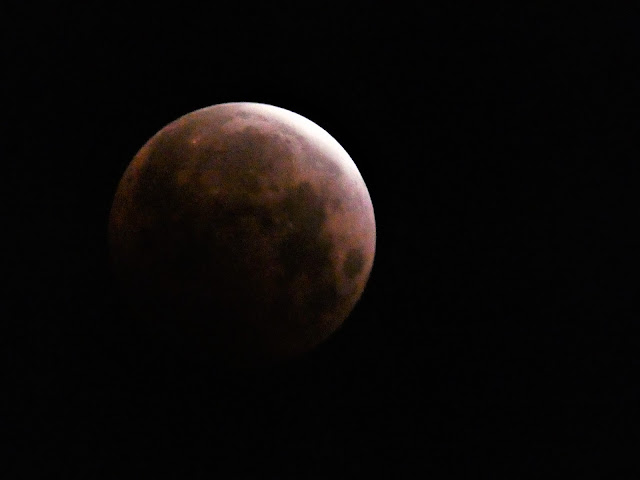 At this point the Moon was far dimmer and stars were visible nearby. It's the first time I've been able to photograph stars and the Moon in the same picture. 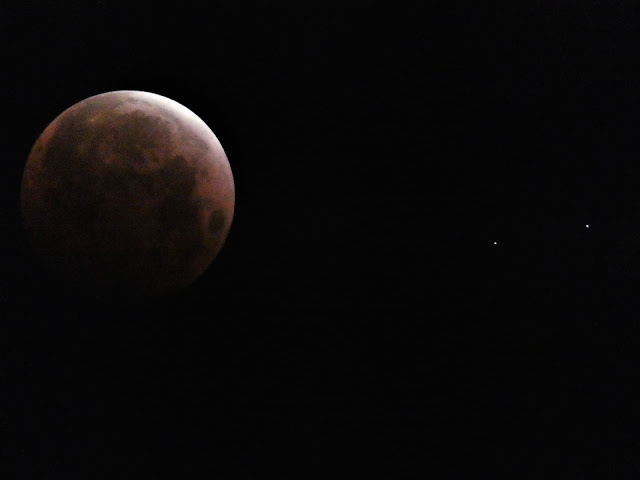 By 4:30, the Moon was beginning to emerge from the shadows, so I took one last shot, and went back to bed. I had a class to teach in the morning! 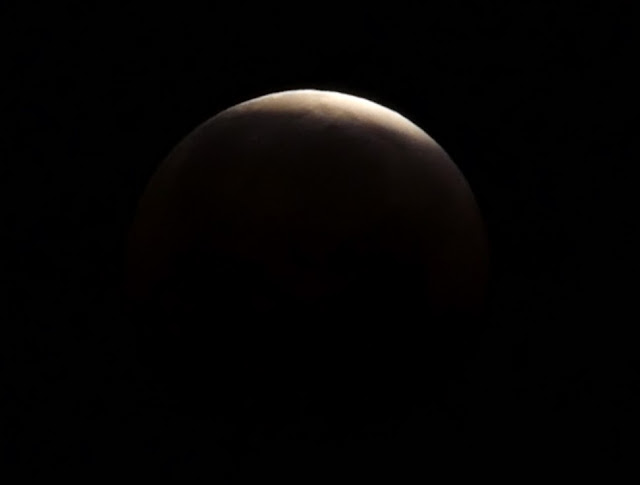 Nice series of Shots. Set my alarm but sleep for finals was more important!
Crazy, I thought the earth's shadow would be more squared and not so round...