My Thesis Area is Misbehaving: 6.0 Earthquake Near Walker, California 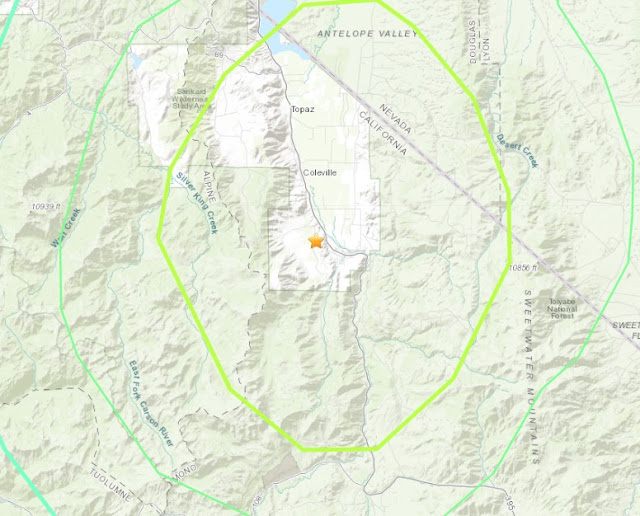 That was exciting. I live in the Central Valley of California. The valley is famously boring for a number of reasons, and one of the good ones is because we rarely feel earthquakes here. But that wasn't the case today. I was at my computer station and the desk started vibrating and I had to look and see if my wife was shaking it. She wasn't and she was not looking happy.
It took a while for the USGS to untangle the many wave signatures in the seismic network (there was a brief report of a 4.8 quake just 20 miles from us), but as things have settled out, it looks like the quake took place smack dab in the middle of my masters thesis area in the eastern Sierra Nevada at the small town of Walker, California. The most recent estimate of the magnitude is 5.9 (upgraded to 6.0). The quake has the signature of a normal fault, the kind of faulting to be expected in a crustal region that is being stretched apart. 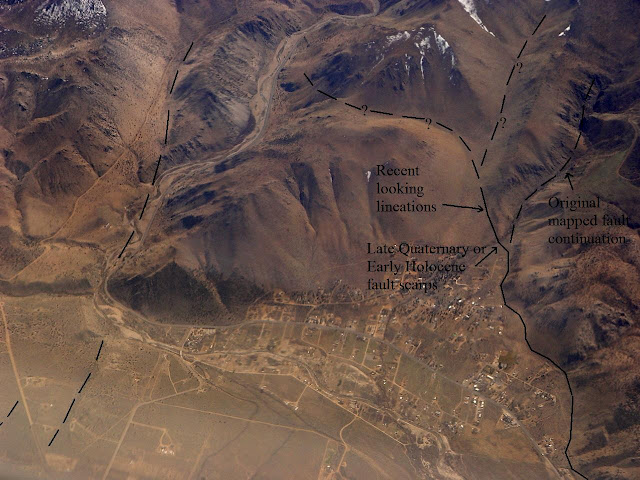 Walker is the village in the picture above at the south end of the Antelope Valley, which exists because of faulting. The valley has sunk as the mountains on the right side of the photograph rose along the fault indicated by the solid black line. The epicenter of the quake would be just out of the picture on the lower right side (the picture is looking south).
Antelope Valley sits astride the boundary of the Sierra Nevada and Basin and Range provinces, where the solid block of the Sierra is being sliced up into a series of fault-bounded grabens. The picture below shows the upper (southern) end of the valley from Monitor Pass, with the Sweetwater Mountains in the distance. 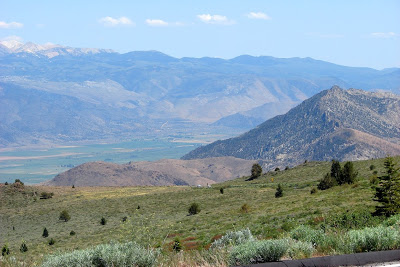 The next picture is from the hill behind Walker looking north. The break in slope on the left is where one would look for evidence of recent earthquakes, but slopewash has covered the fault terraces (scarps) in most places except for the streams and alluvial fans that cross the fault trace. That was what I was searching for when I was doing my masters thesis many years ago in this valley. I was very pleased when I found some. 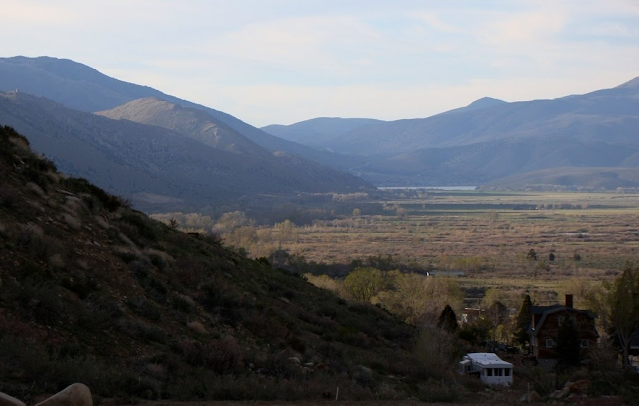 The person who did the original mapping in the 1950's was working primarily on the rock exposures, and wasn't really looking for recently active faults. By the 1980's a number of people were looking a lot harder, trying to determine the seismic hazard for the region. Fresh alluvial fans provide a possibility of dating the occurrence and size of the last earthquake to cause ground rupture in an area.

The picture below is the Mill Creek fan, at the extreme south end of Antelope Valley. Under normal circumstances, an alluvial fan should be a smooth, gently sloping surface. Here at Mill Creek, the surface steps down to the left, forming a terrace. Immediately after the earthquake this terrace may have been essentially vertical (examples of scarps are shown on this post - Slinkard Valley lies immediately west of Antelope, and the post has a nice cut-away showing the arrangement of the fault blocks). 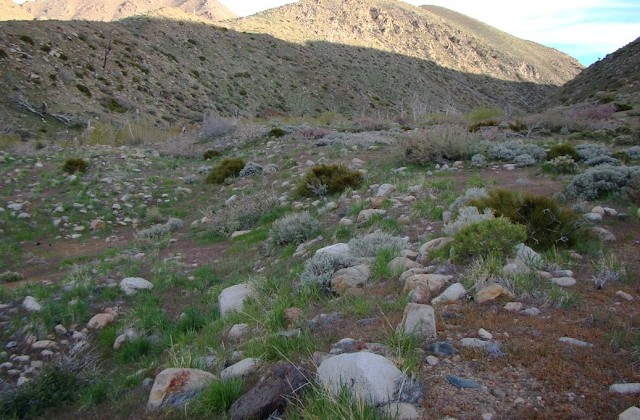 Scarps like these show that the last major earthquake took place in the recent geologic past, very likely less than 10,000 years ago, and maybe as recently as 3,000 years ago . The length of the fault and the size of the scarps are characteristic of quakes in the range of magnitude 6.5-7.0. A magnitude 5.8 event, the Double Springs Flat earthquake, shook the extreme north end of the Antelope Valley fault system in 1994. Today's quake one-upped that event, but do not be surprised if the magnitude is revised upward or downward (NOTE: the quake was revised upward to 6.0). It takes awhile to fully analyze the seismometer records. It is not inconceivable that some small cracks may appear along some of these older scarps.

I'm listening to reports of a rockfall off the cliffs above Meadowcliff Lodge. That would be very close to the epicenter.

I will revise this post as more information comes in.

Postscript: I finally got to my office at Modesto Junior College to download the seismogram of the quake, and here it is. The shaking was off-scale for nearly two minutes. 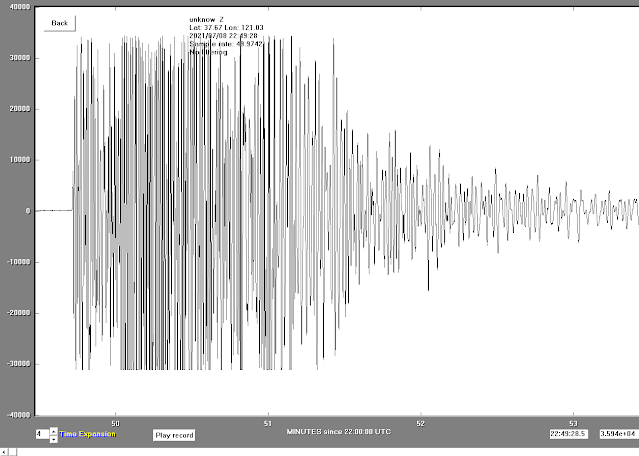 The second shows a compressed version of the quake, along with some of the larger aftershocks. 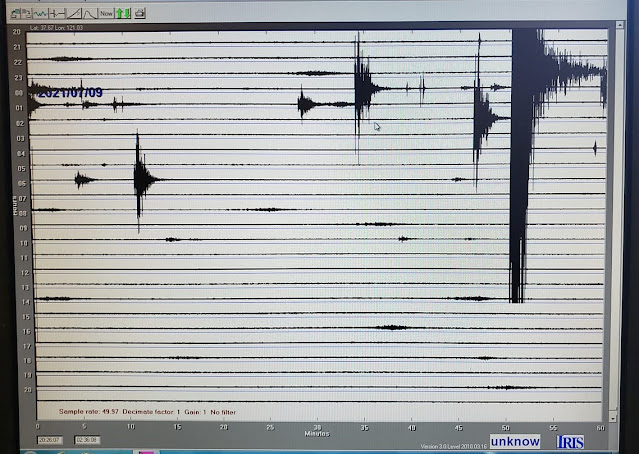 what are the left axis units of the lower graph? Why do the aftershocks appear lower? Is the paper or screen dropped down with time? Looks like "hours" on the axis label.

looking closer I see the numbers reset at 24, so must be hours.