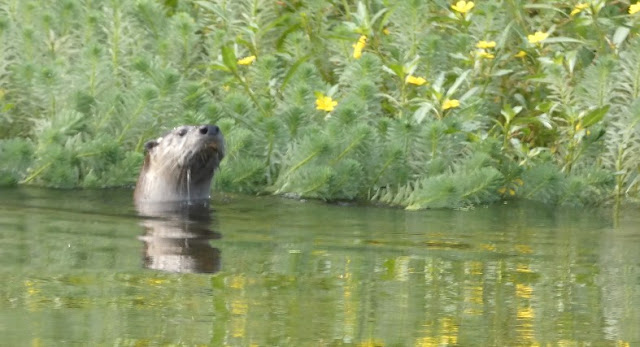 The Tuolumne River is at a low ebb these days. It has been flowing at a mere 97 cubic feet per second for what seems like months now, a level that barely keeps the river flowing at all. It's not a natural flow of course; an entire series of dams control the amount of water present in the river. In non-drought years, the river might be allowed to flow 3 to 5 times what it is doing right now. 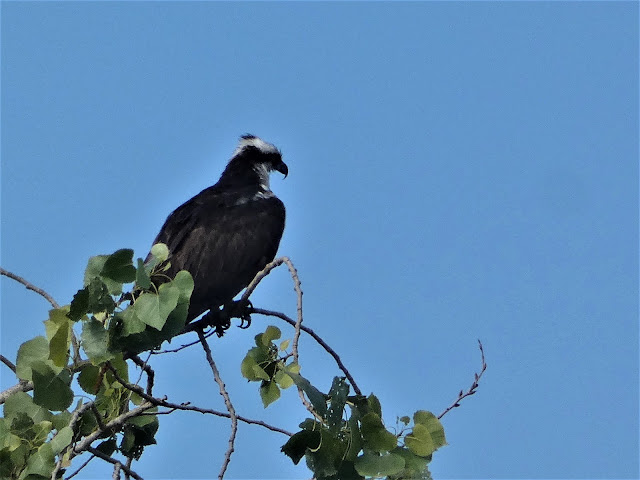 But water is life, and the narrow thread of the river, while perhaps too warm for trout and salmon (there are reports of disastrous fish kills on rivers like the Klamath farther to the north) is still allowing animals and insects to survive this hottest part of the summer. I was out walking the river trail this morning as is my tradition watching for birds. I was delighted to see a crowd of Greater Yellowlegs and Least Sandpipers in the water with a watchful Osprey in the Cottonwood tree above. A pair of Black Phoebes were chasing flies just over the water. And then I saw a serpentine shape crest in the water. 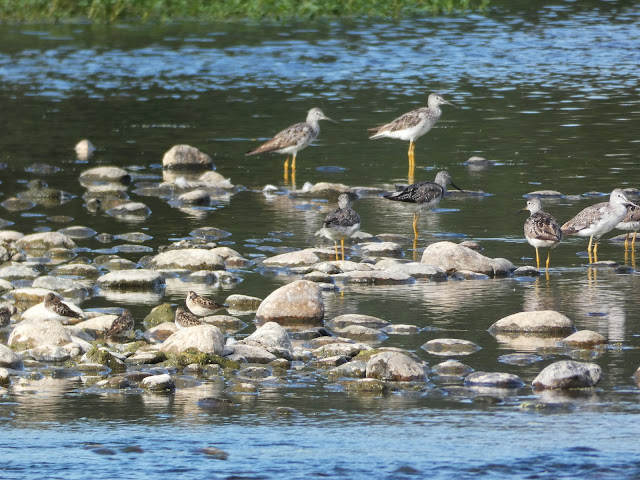 I don't see River Otters (Lontra canadensis) all that often on the Tuolumne River. I know they are there, but they range widely up and down the river, and months may pass between sightings. They are usually pretty far off, but today I was just sitting as a family of four of them casually swam by. Enjoy the video!

The Tuolumne River is a majestic presence in Yosemite National Park, with a canyon that rivals the Grand Canyon in depth, and a valley that once rivaled Yosemite Valley at Hetch Hetchy before the dam was built. But don't discount the lower parts of the river where it flows through the Central Valley. It is this part of the river that supports the greatest diversity of animal and plant life. I've seen otters, bobcats, foxes, coyotes, raccoons, deer, and evidence of beaver in recent years, and nearly 150 species of birds have been reported on the two miles of river trail that I follow every day. It's a special place. 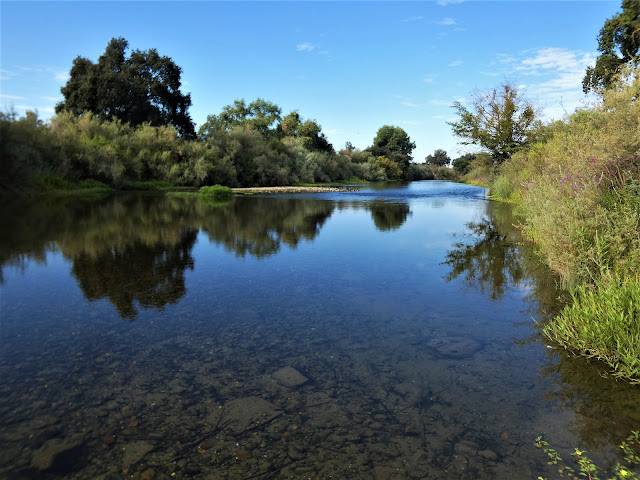