Wandering Through a Sand Wilderness 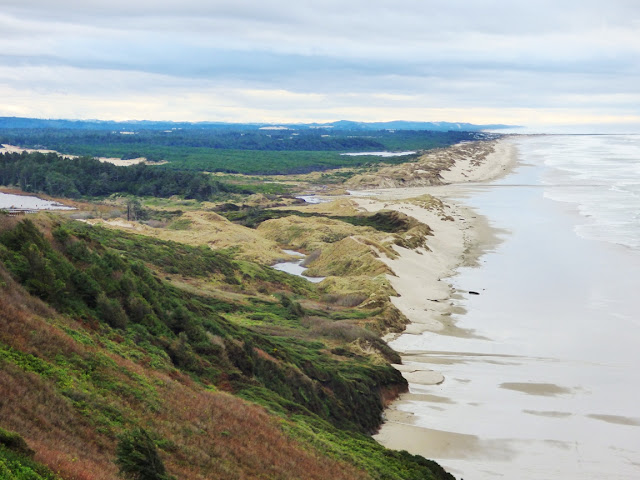 To a child who was raised along the beaches of Southern California, the Oregon coast comes as quite a shock. Beaches to me were places like Huntington or Balboa, where wall-to-wall people struggled to claim a few precious square feet where they could lay out a towel, and get sunburnt from head to toe (yes, the cultural habits of the sixties were terrifying; I'm lucky to not have skin cancer yet). Nature involved gulls trying to steal one's food, and getting stung by the occasional jellyfish.

My perceptions of ocean coasts were changed somewhat when I moved to Central California. The beaches we explore these days, Big Sur and the Marin Headlands, are more cliffs than sand. They are beautiful beyond measure, but they are not like Oregon. Few places are like Oregon. 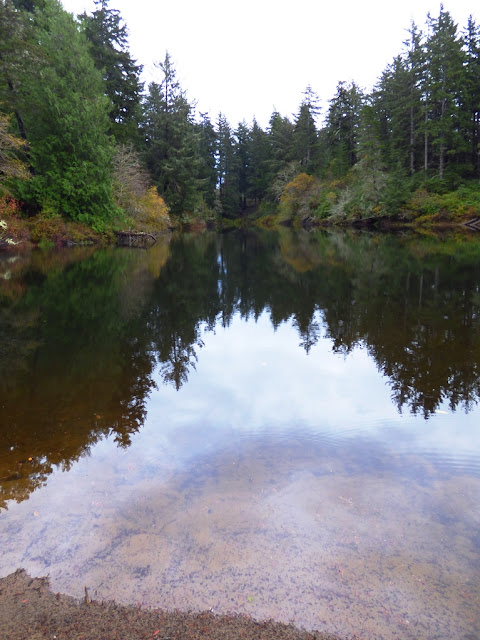 My explorations of the Oregon Coast these days are centered around Florence at the north end of Oregon Dunes National Recreational Area. It is a truly alien place to a Californian! The strangest part is the sand wilderness. For a fifty-five mile stretch of coast, the shoreline is dominated by sand beaches. Constant onshore winds have blown vast amounts of sand inland, in places as much as three miles. In some localities the dunes buried mature forests. In others, forests have grown over the dunes. With the plentiful rainfall, the groundwater table is high, so many of the low places between dunes are occupied by lakes, ponds, and swamps. A fair number of them are large enough for boating and water sports. Others are more appropriate for hiking, wildlife observation, and contemplation. Our brief visit on Black Friday included a look at small Dune Lake adjacent to the national forest campground at Alder Dune (above). 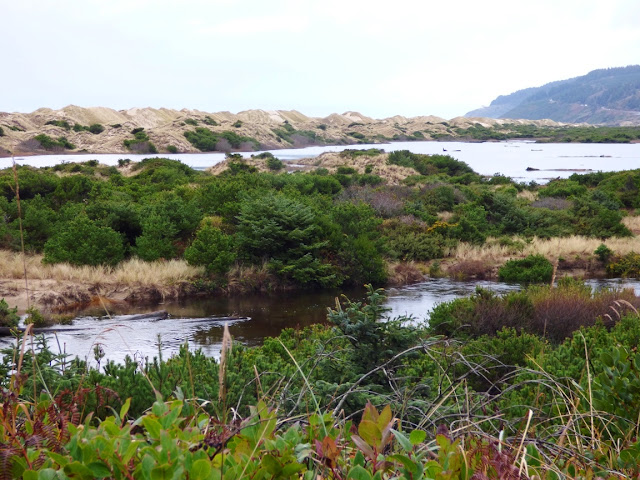 Our other exploration was the short boardwalk at Holman Vista. The handicapped accessible trail provides access to Sutton Creek where it flows through a network of dunes and swamps, with a view of the distant mountain slopes as well. The dunes adjacent to the beach are anchored in place by European Beachgrass to augment the stabilization of migrating dunes (the original plantings were in the early 1900s when people didn't worry too much about the possible adverse effects). The native grasses have been pushed aside as the European non-native grass takes over. Because of the spread of grasses, 80% of the dune sheet is covered by vegetation. In 1939 it was only 20% (US Forest Service data). 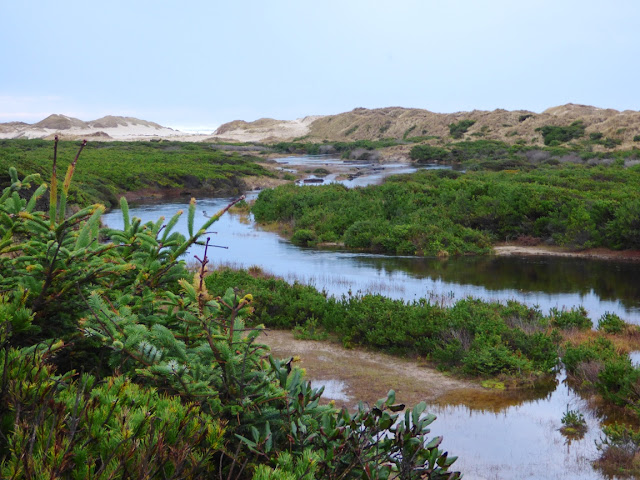 The nature trail also offered what it termed "a view of the beach". That was true in the sense that an apartment might have a beach view if one leans out the window and cranes one's neck to see a bit of water in the distance between other buildings. In the picture above, note the beach view, a bit of white left of center. Look below for the zoomed view. We were in the midst of a series of powerful storms, so the surf was pounding the coast. 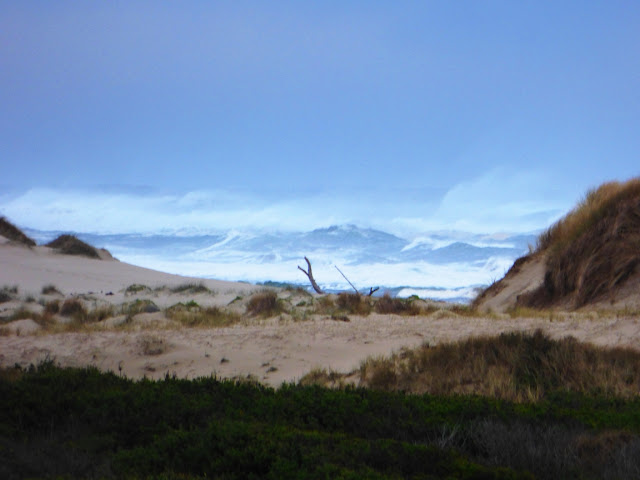 As I've pointed out in previous posts, the sand has several origins. The quartz rich sands were eroded from distant sources in the Klamath Mountains and Idaho Batholith and carried to the shoreline environment by one of Oregon's many rivers. Other sand is locally derived, eroded directly from the sea cliffs, or carried onshore from offshore bars. Some of the sediment that may have originated during the ice ages when sea level was lower. Wave action produced the flat platforms on which the dunes accumulated. 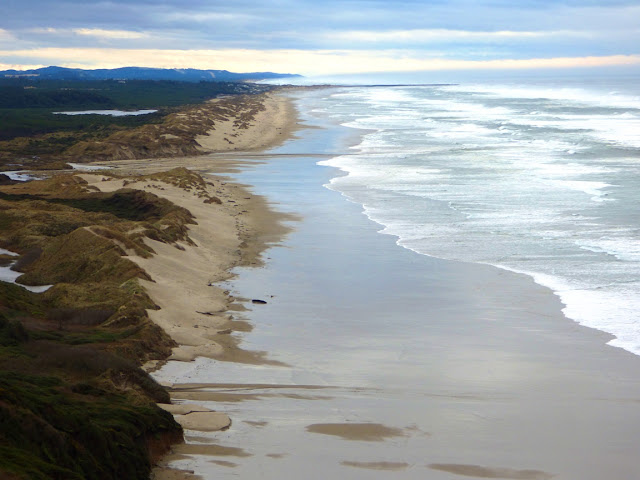 Although I call this a sand wilderness, it is not officially designated as one, but it is managed as a de facto wilderness. Vehicles are not allowed off the paved roads, so access is by trail only, or by beach walking. Access to parts of the beach is restricted during the spring because endangered Snowy Plovers nest in the area.

To this Californian, it is a true shock to look at an eight mile long stretch of beach and not see a single person. It was heavenly!
Posted by Garry Hayes at 9:22 PM

As a socal kid I would look at pictures of Northern California and Oregon Coast and not understand how it could be so beautiful and not have any people there. I'm glad it's still empty.

I am an artist from India. I browse through your site regularly as I find it very informative and I get to see some beautiful photographs of nature. My paintings are mostly inspired by nature. I was wondering if it it is possible to use any of your photograph as reference for future work wherein I would be mentioning the source. Please let me know about it.
manjupanchal@hotmail.com
Thanks