Evening Scenes of a Primeval Landscape: The Great Valley as it was It's my home, and I've been known to denigrate it for it's pollution, dust, and visual desolation (hundreds of miles of monotonous agricultural fields). Only 5% of the original landscape of California's Great Valley remains. But there are times when my travels take me to places where I can travel back in time, and the natural beauty of the valley shines through. This week it was a return to the Sacramento National Wildlife Refuge near the small town of Willows just off Interstate 5. A six mile self-guided auto tour provides access to the refuge, and a visitor center provides interpretation. 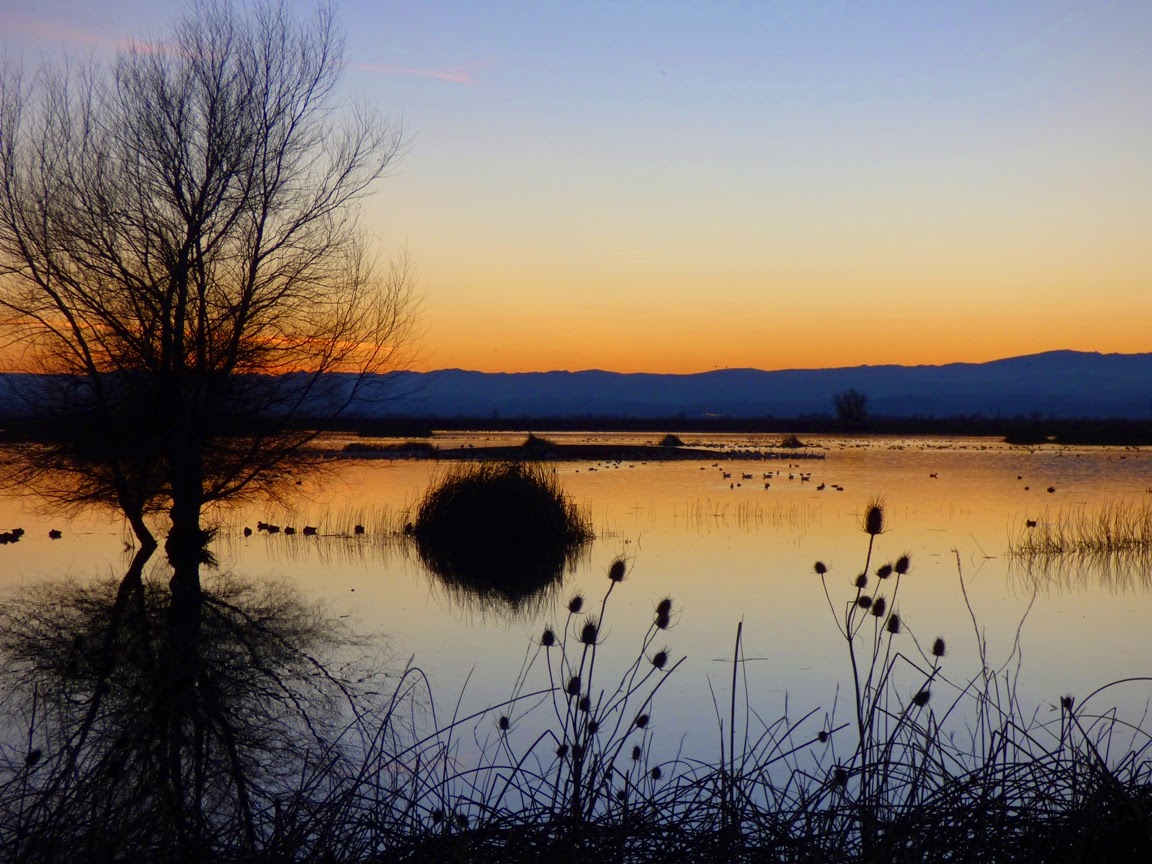 As I have noted many times, the valley was a originally an arid savanna environment, with vast prairies, oak woodlands, with miles of riparian (river) habitat, and associated floodplain wetlands. The valley provided a living for horses, camels, antelope, bison, mammoths, mastodons, sloths, bears, sabertooth cats, lions, and dire wolves. After the great extinction at the end of the last ice age, the valley still had vast herds of pronghorn antelope, deer, and tule elk who were hunted by wolves, coyotes, grizzly bears, and mountain lions, and the new arrivals, the humans. Today the valley supports vast herds of dairy cows, pigs, and sheep (along with the occasional small herds of horses or llamas). 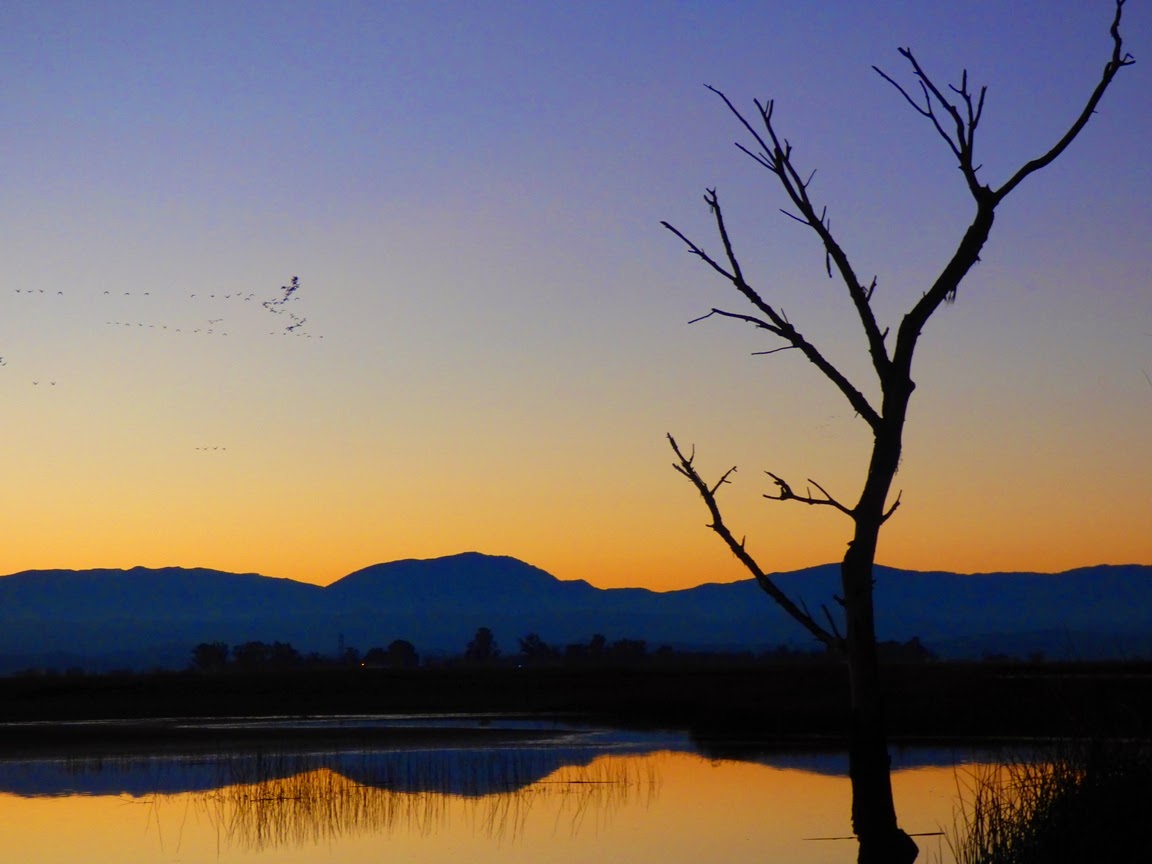 We had already traveled 400 miles, and had 160 to go, and the sun had just slipped below the horizon when we arrived at the refuge. Yet we couldn't resist the urge to stop and have a look at this fascinating spot that we had discovered only a month earlier. We thought we would be alone, but there were a dozen other cars on the auto tour. The natural environment of the Great Valley has a lot of appeal. 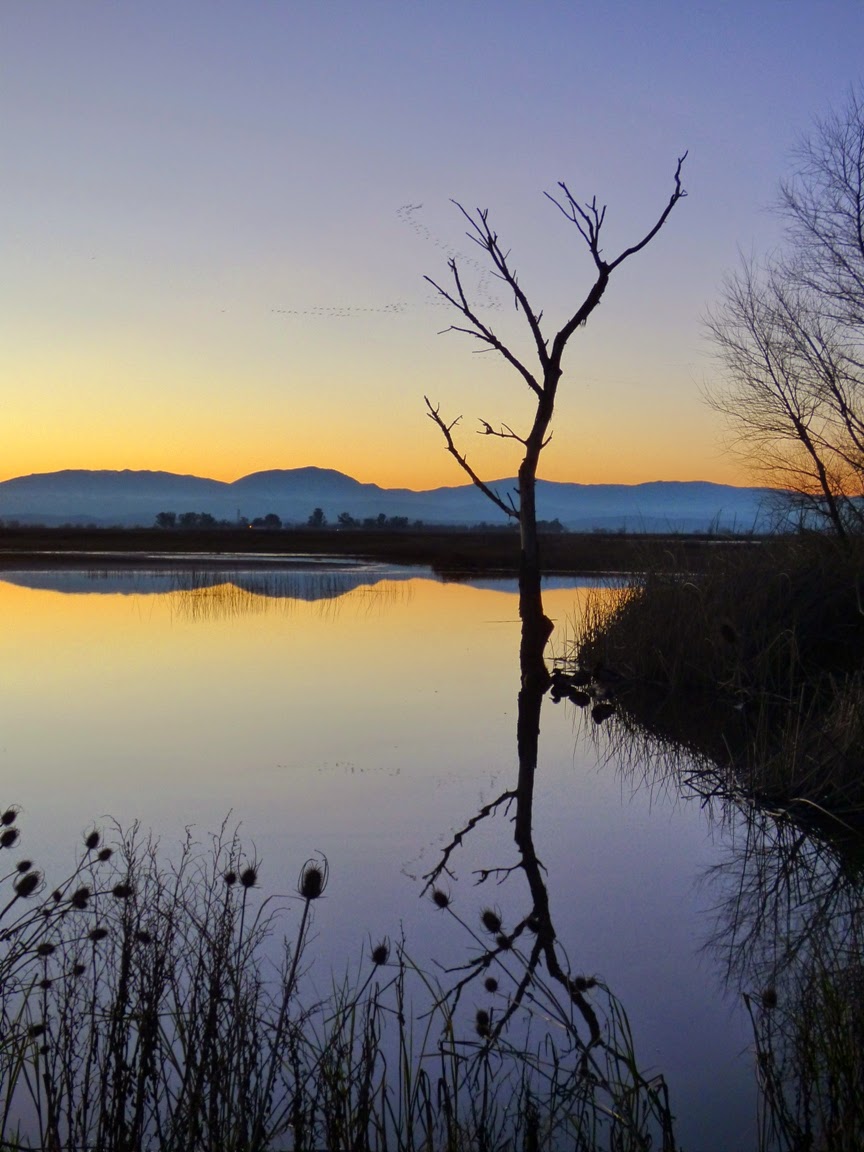 After a week of hectic traveling all over the northwest, the peacefulness of the twilight was a welcome moment. The birds, thousands upon thousands of Snow Geese, Ross's Geese, and numerous species of ducks, were settling in for the night. 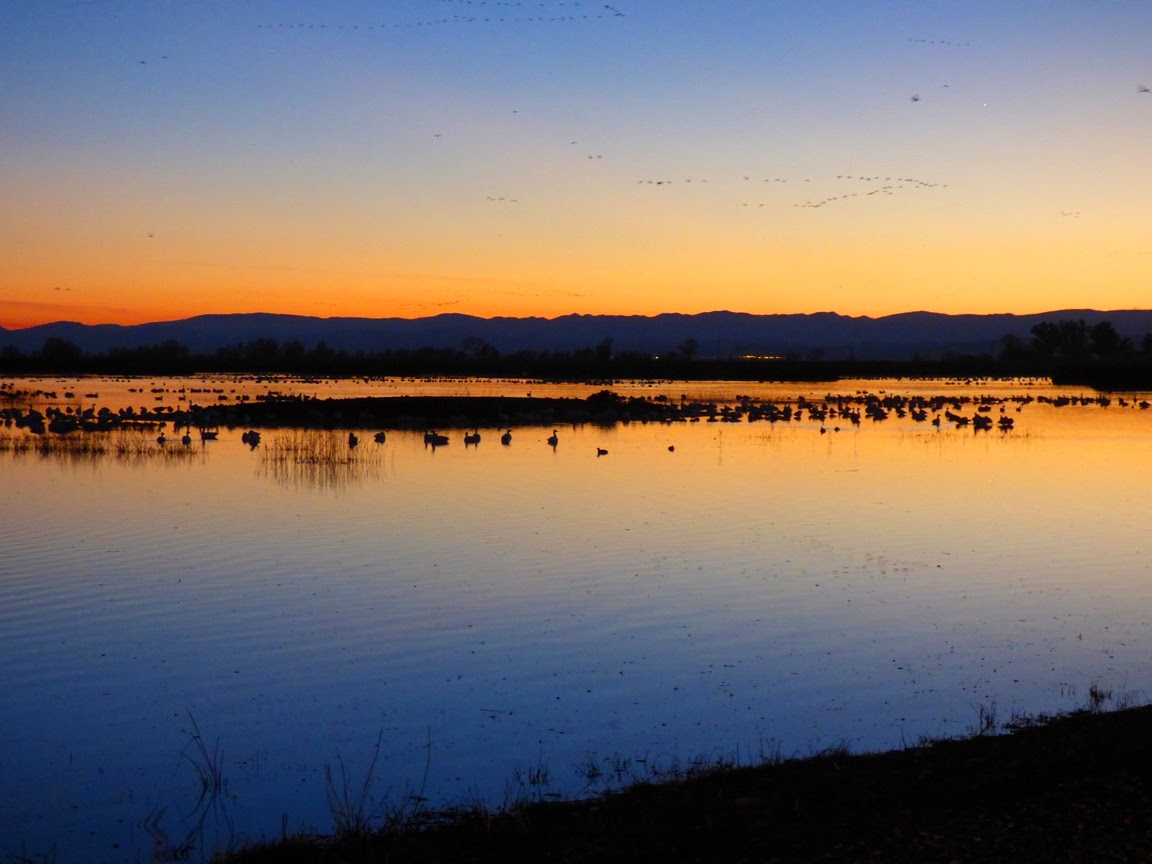 The valley serves as a winter haven for many dozens of species of birds who spend the summers far to the north, in Canada and Alaska. We rarely have freezing nights or snow, and the wetlands and grasslands provide a source of food during the lean months. The string of federal, state and private wildlands and refuges up and down the valley provide a piece of the original environment that allows the birds and other animals to survive. 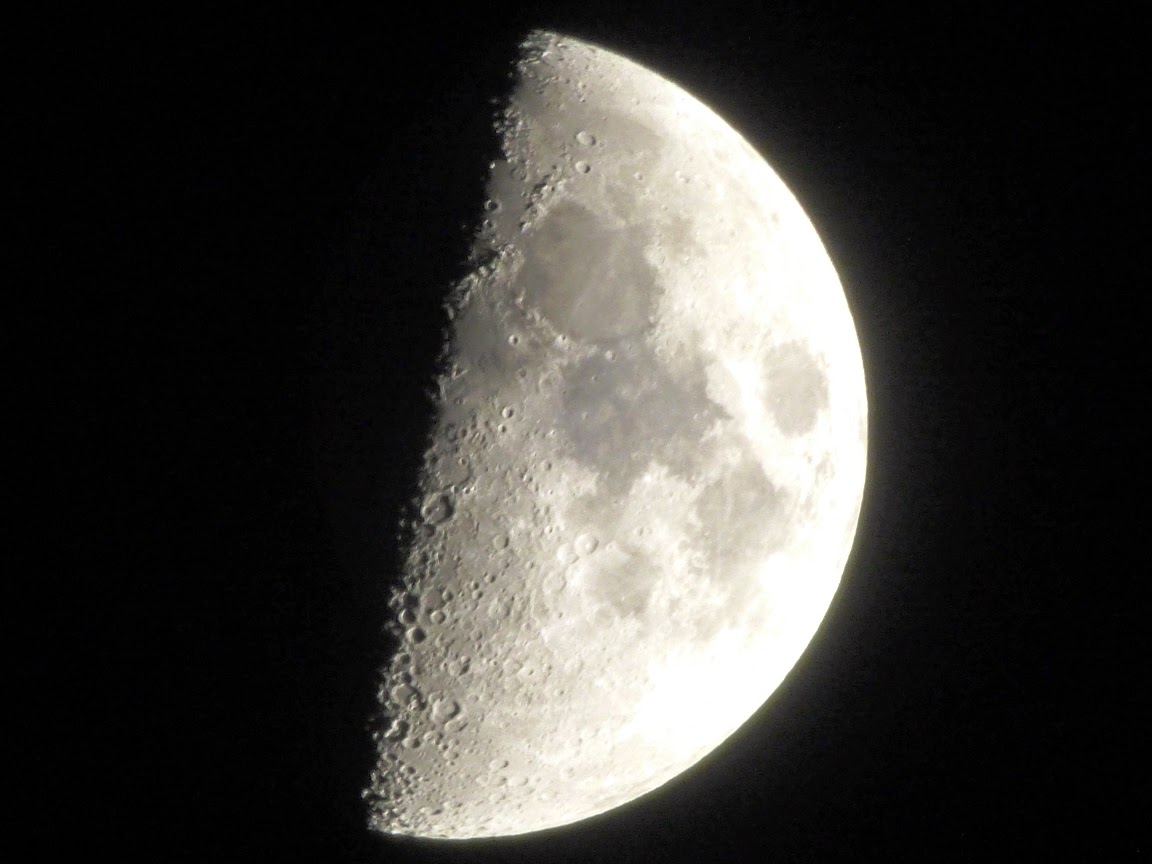 The darkness was growing as we came around the final corner of the auto tour. We noticed for the first time the moon high in the sky above us. After a week of gloomy overcast skies, it was a surprise to see that the moon was already half full. We drove back onto the paved highway, and headed home.
Posted by Garry Hayes at 10:26 PM