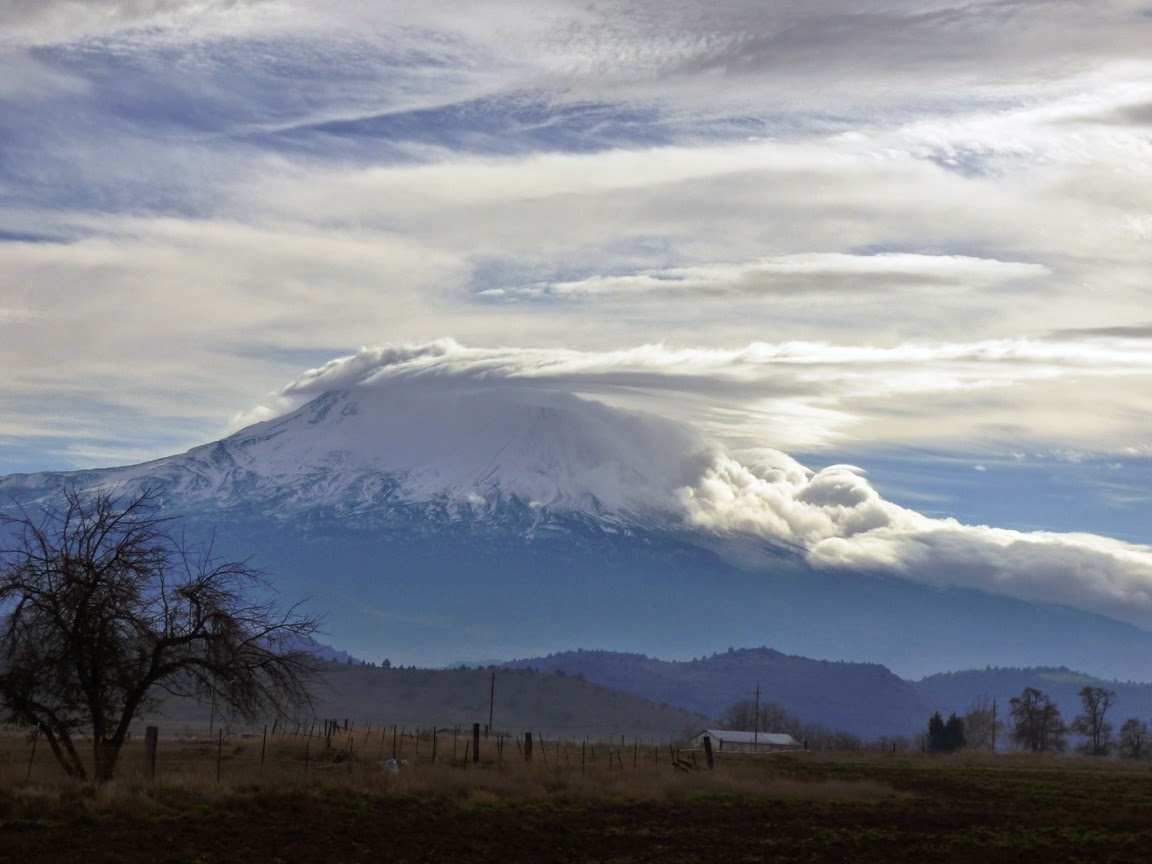 Volcanoes are endlessly fascinating for so many reasons, not the least of which is the way they make their own weather. Mt. Shasta, at the south end of the Cascades Range is no exception, as it rises around 10,000 feet above the surrounding valleys. The view of Shasta this morning was much different than it was on Thursday! It's really nice to see even more snow coming this week.
The strange lenticular clouds often seen around the mountain's summit have given rise to all kinds of speculation about UFOs and that kind of thing. The reason for the cloud phenomena, as mentioned yesterday, is the condensation that occurs as humid air is pushed over the summit by prevailing winds. As the air mass sinks on the leeward side it evaporates again. A storm system was moving through the area on the far side of the peak. 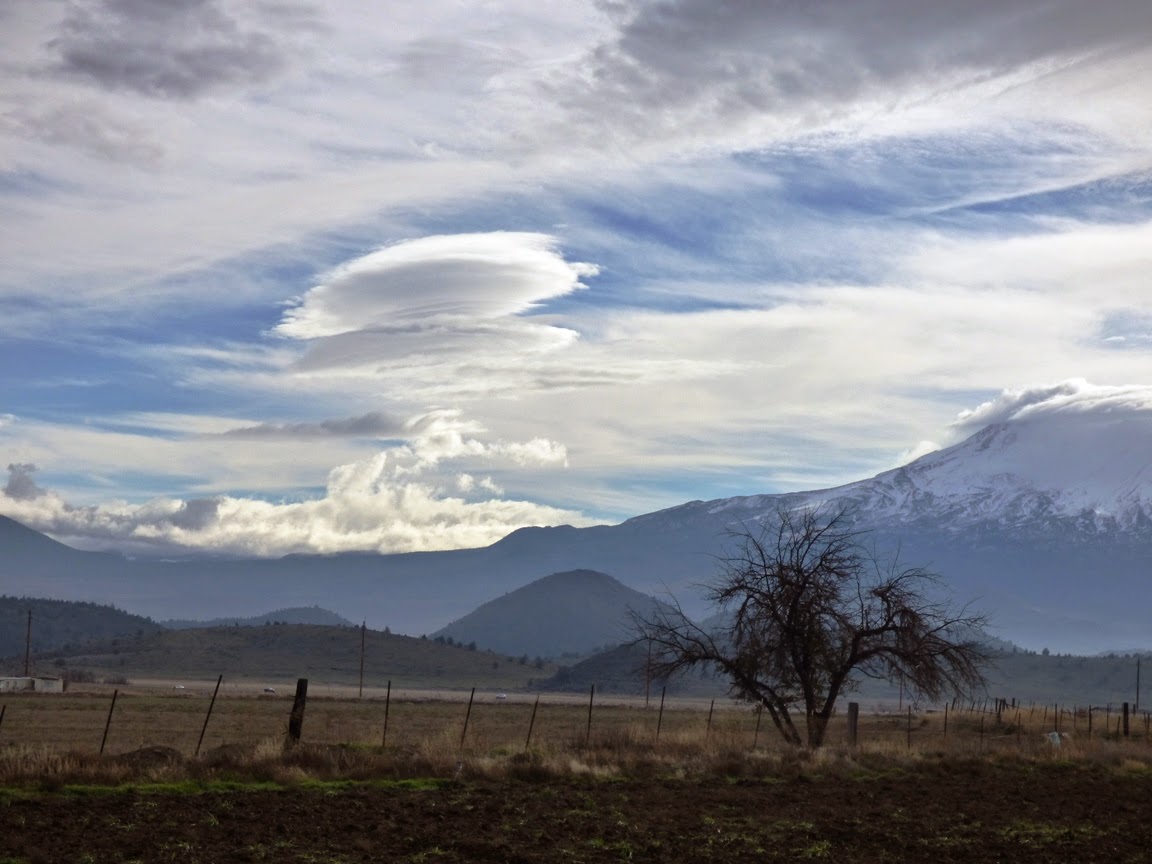 Some much more nicely developed lenticular clouds were visible just left of the peak (in the picture above), and over the one of the older shield volcanoes off to the east of the Shasta Valley. No wonder these things get mistaken for flying saucers (I've also heard it said that, yes of course those are lenticular clouds, not UFOs. They just give cover to the UFOs that are landing up there!) 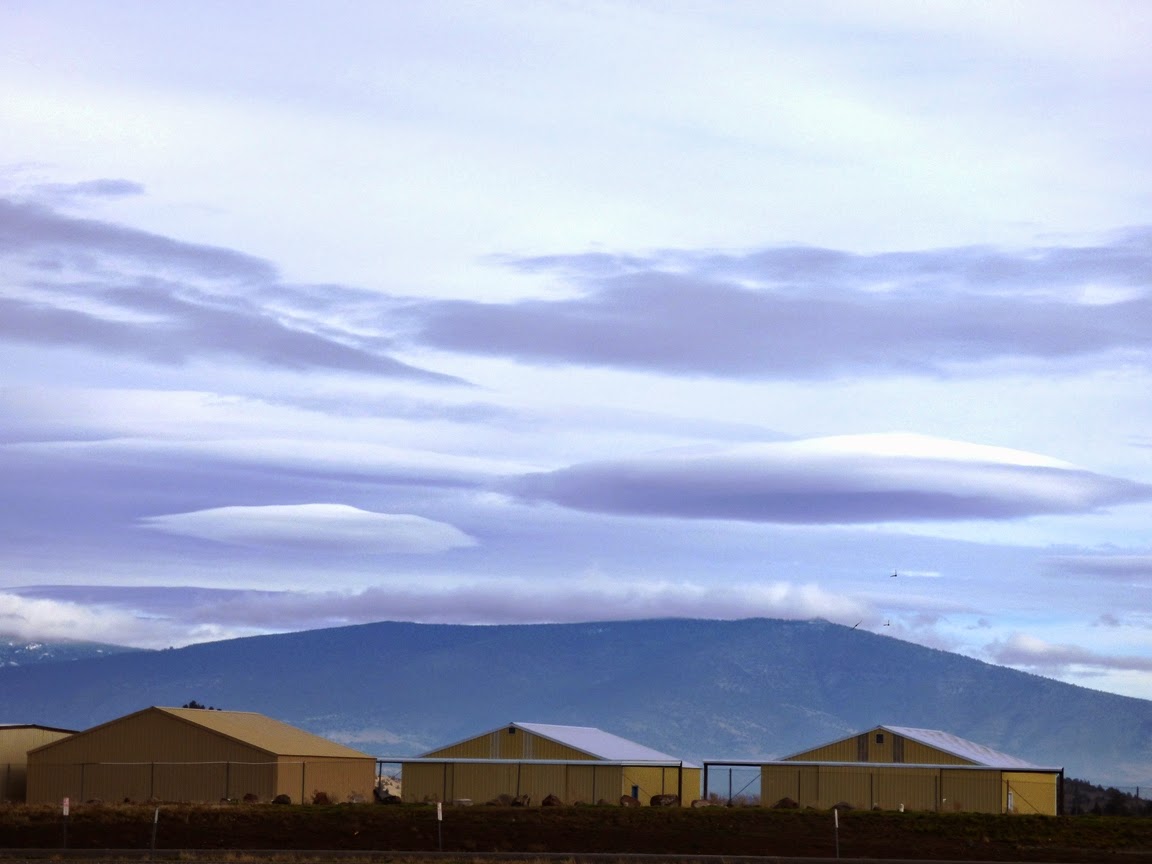 Mt. Shasta never fails to be an interesting sight, no matter the season or hour. One of the most fascinating views I've ever had was one I couldn't catch on camera, but it stole my breath away. We drove up through Redding one night in a rainstorm that turned to snow as we approached the mountain. We were worried about reaching our destination at the late hour in the drifting snow. When we reached the far side of the mountain near Weed, the clouds parted and Shasta appeared, completely clear, and bathed in the light of a full moon. Unforgettable, and downright mystical.
Posted by Garry Hayes at 11:42 PM