Northern Convergence: Victoria, Finding Geology and a Rare Ecosystem in a Beautiful City 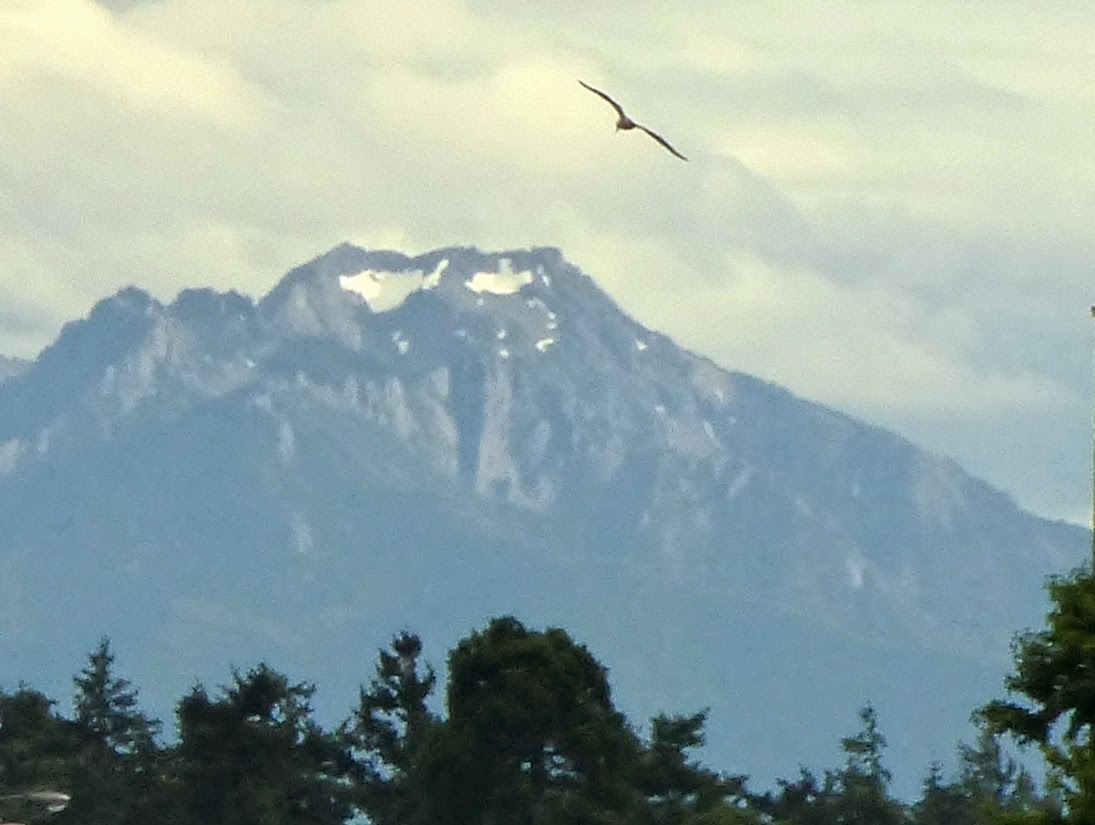 We start our blog journey through Canada with a view of alpine peaks, forests and birds. If the picture seems a little fuzzy, it's because it is a highly cropped view down one of the main avenues in the city of Victoria on Vancouver Island (below). And truth be told, the peaks are actually in the United States. They are the Olympic Mountains, across the Strait of Juan de Fuca. We had not gone far into Canada yet! Victoria is a pretty little city (population around 80,000, with a suburban population of about 340,000) that feels a little like it was carved from a wilderness, being surrounded by deep forests and rocky shorelines. All cities are imposed on geology, and Victoria is a vivid example. Just 12,000 or 13,000 years ago, the entire region lay beneath thousands of feet of glacial ice. 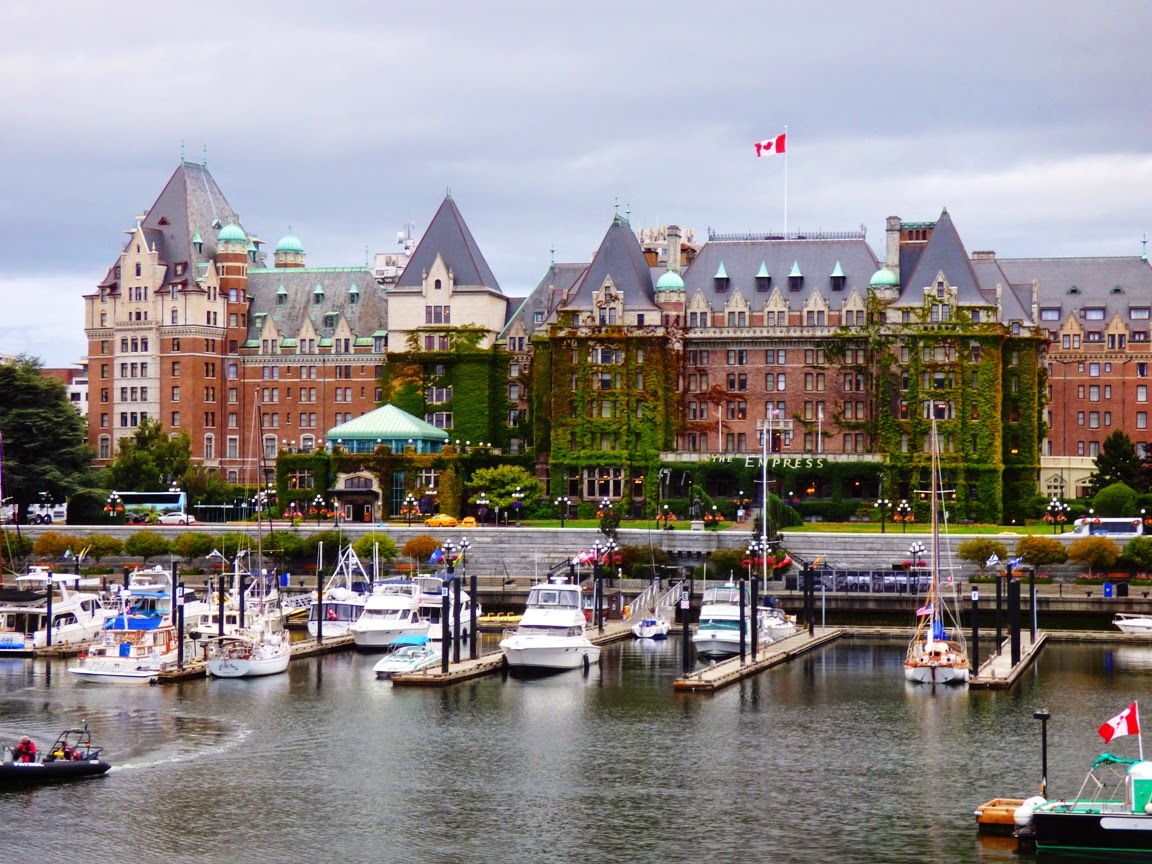 Glacial landscapes are exceedingly uneven, and the city's most venerable building is a victim of that fact. The Empress Hotel, constructed in 1908 (and no, we didn't get a chance to have High Tea there), has settled unevenly because portions are built on bedrock and the remainder on looser soils. As a consequence, one part of the foundation is a full meter lower than the other. 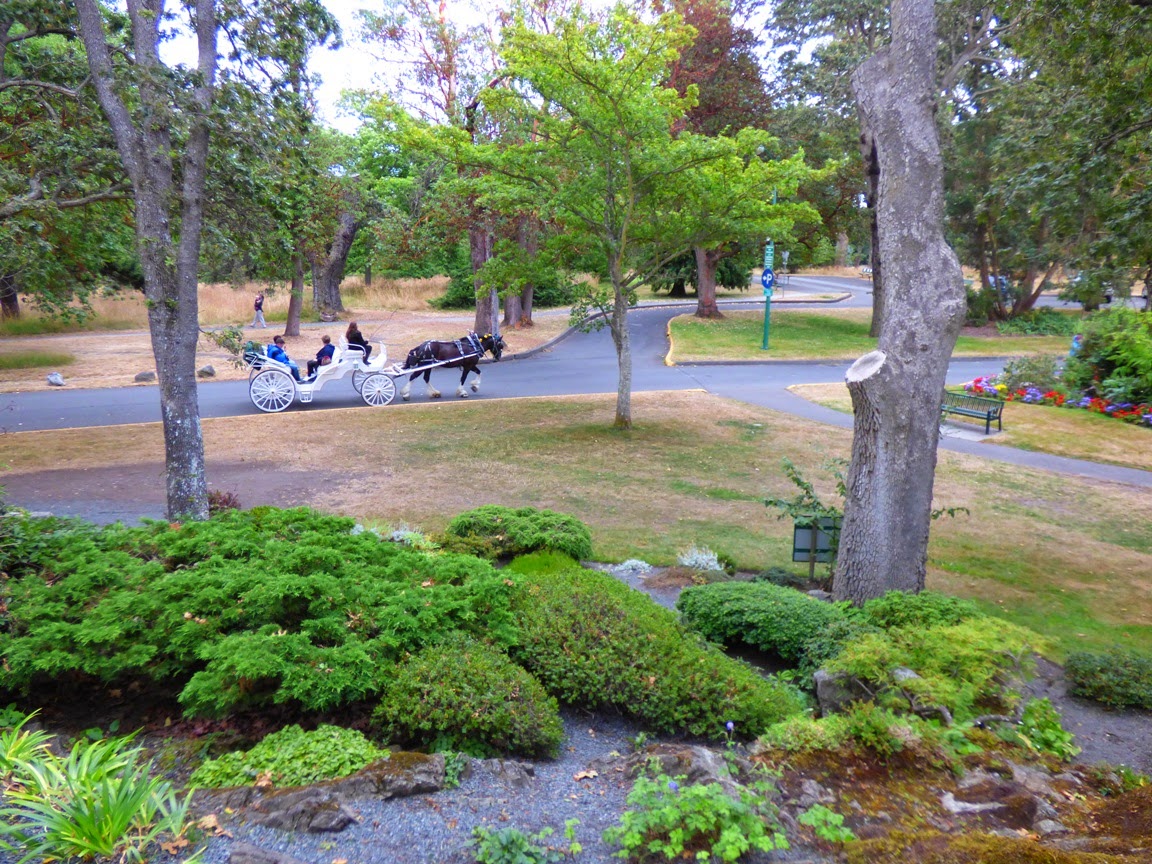 I suppose it is useless to point out the "Victorian architecture" when we are discussing a visit to Victoria, but the city was one of the oldest British settlements on the west coast of North America (1843), and the city has kept the flavor of old Britain (although most of our restaurant servers had Aussie accents or mentioned that they spent time living in Modesto!). Carriage rides are a staple of the tourist trade, and the city parks have tried to replicate the kind of flower gardens found in London, but the geology in some ways refuses to cooperate: glaciers didn't cover London, but they covered Victoria. Irregular knobs of bedrock pop out everywhere, and in those spots the park engineers surrendered to nature. Beacon Hill Park was our first geologic stop on the second morning of our trip. 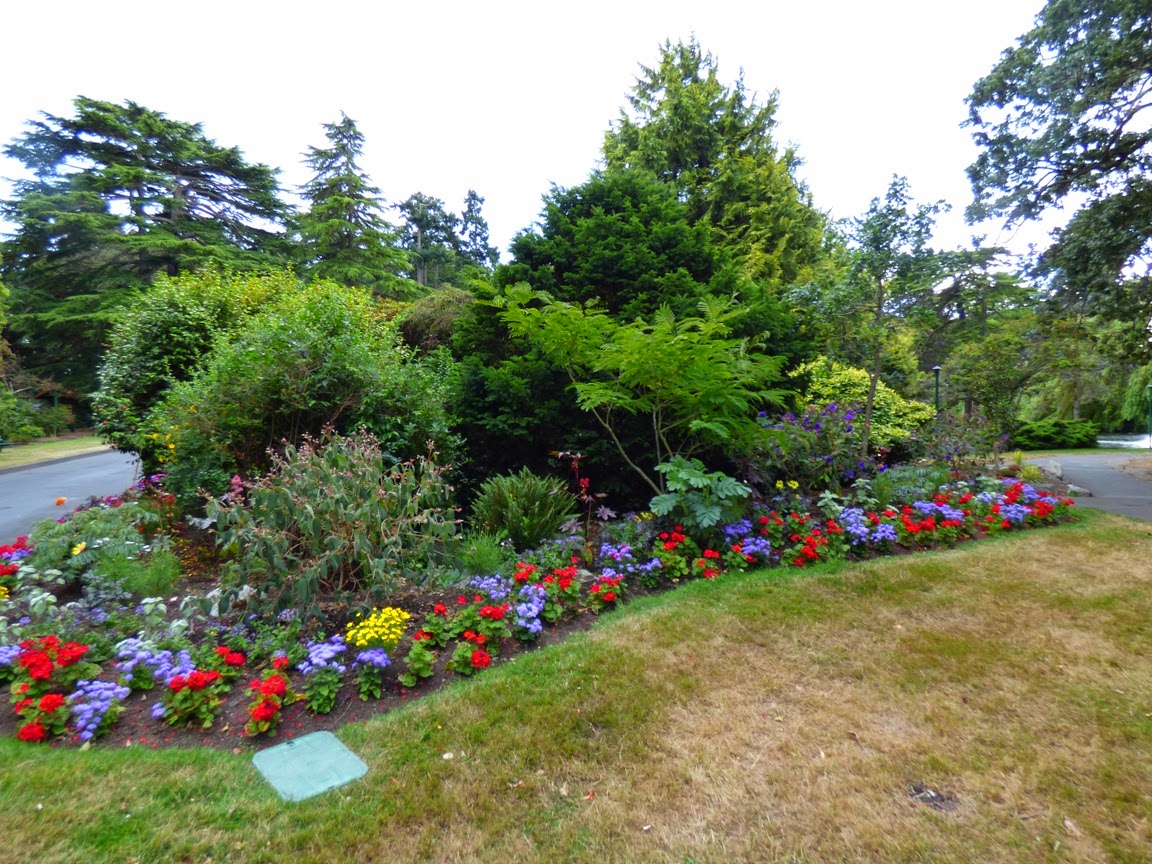 The rocks themselves are quite unlike the rocks found across the Strait in Olympic National Park. Instead of deposits formed deep inside a subduction zone complex, the rocks exposed in Beacon Hill Park are metamorphic rocks derived from gabbro and granodiorite, a mixture called a migmatite. These rocks are derived from deep in the crust. They may date to 200 or 400 million years ago. 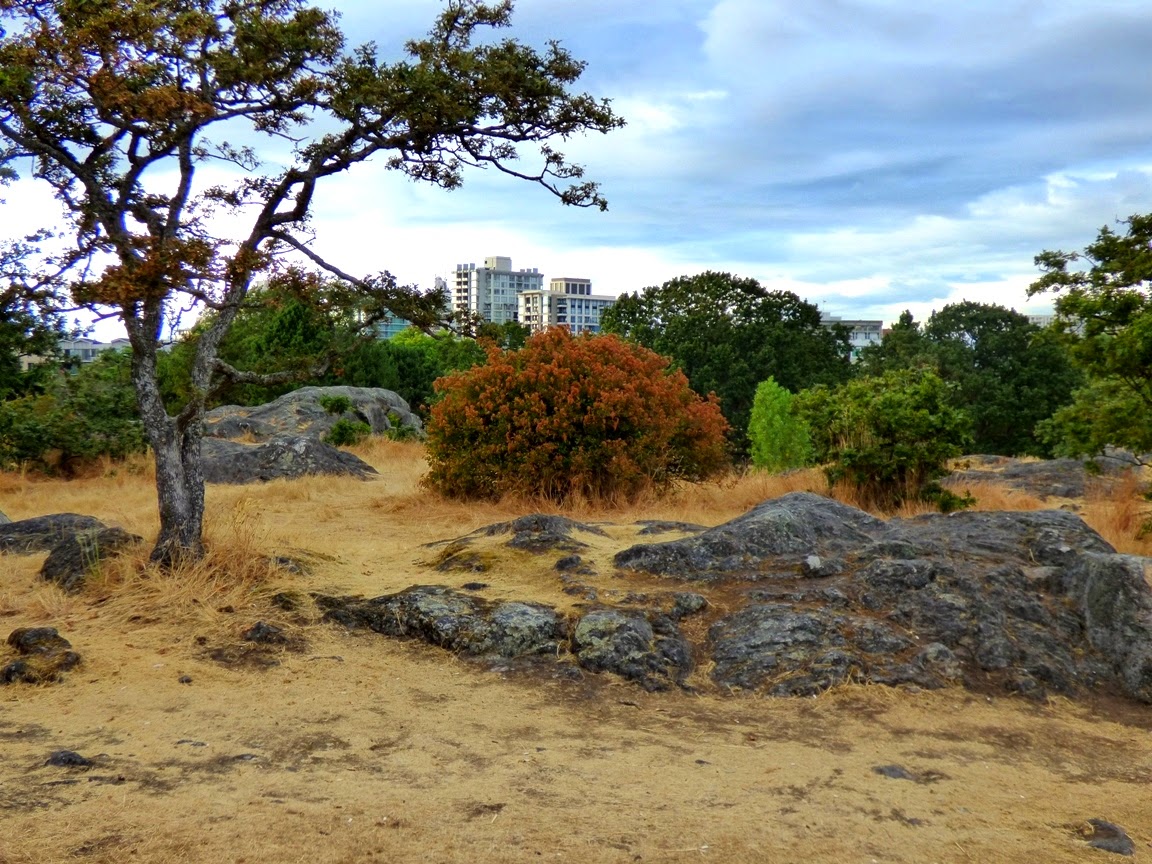 The rocks were abraded by the glaciers, forming small roche moutonnées or crag and tail features. Such rocks are smoothed off on one side and plucked on the other, forming an asymmetrical linear ridge.

It occurred to me that the natural areas of the park were dry and out of character compared to other parts of the northwest coast of America, a place I associate more with rainforests. And there were oak trees, something I've never associated with western Canada. I thought that the northwest was all about conifers. It turned out that we had stumbled on one of the rarest biologic entities in Canada, the Garry Oak Ecosystem. Yes, it's really called that. The Garry Oak (Quercus garryana) is the only native oak species found in Washington and British Columbia. 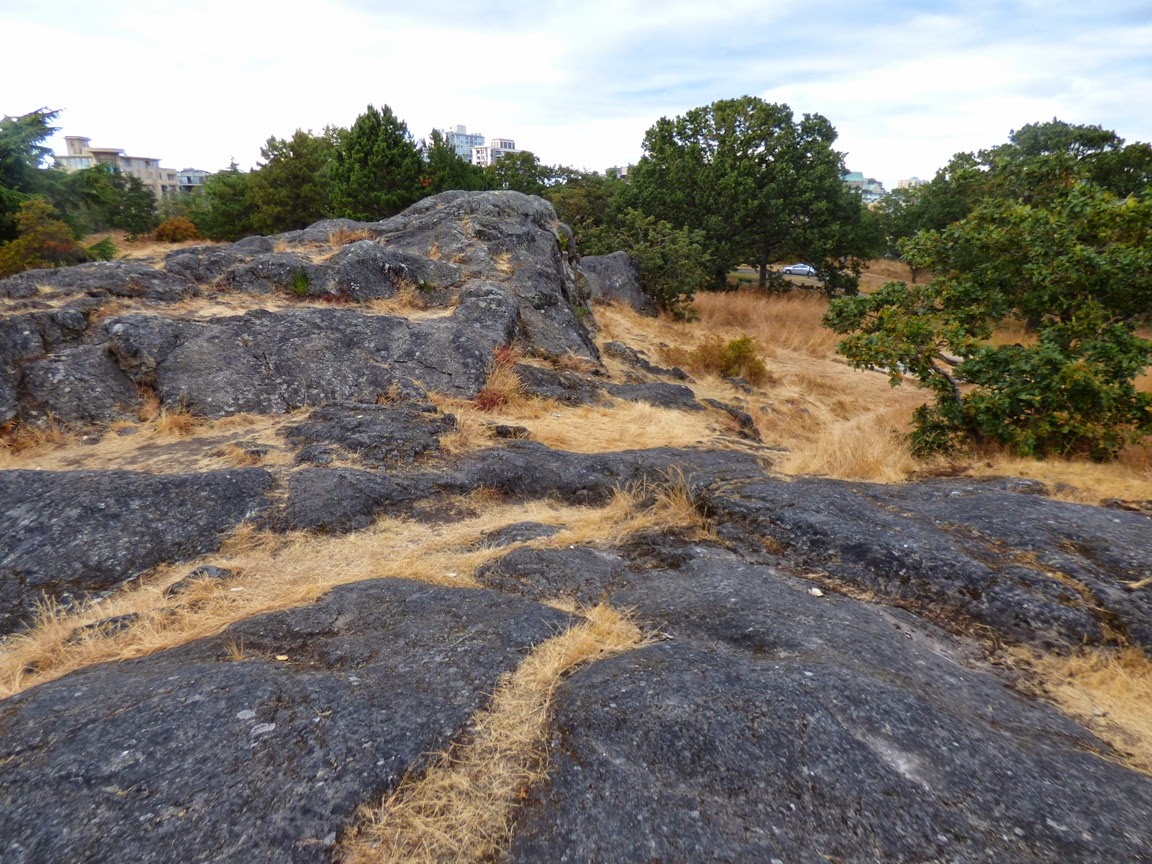 Victoria is the driest locality on the west coast of Canada, averaging only about 24 inches of precipitation a year, with little and sometimes no snow. The local climate benefits from the moderating effect of the Pacific Ocean and Strait of Juan de Fuca, and lies in the rain shadow of the Olympics and other coastal mountains. Douglas Fir could still thrive in a climate like this, but wildfires keep them at bay. The Garry Oak Ecosystem covers far less than 1% of the land area of British Columbia, and is considered highly endangered (mainly due to development). It's also a harbinger of the future. With global warming, the oak woodland may become more widespread due to warmer and drier conditions. 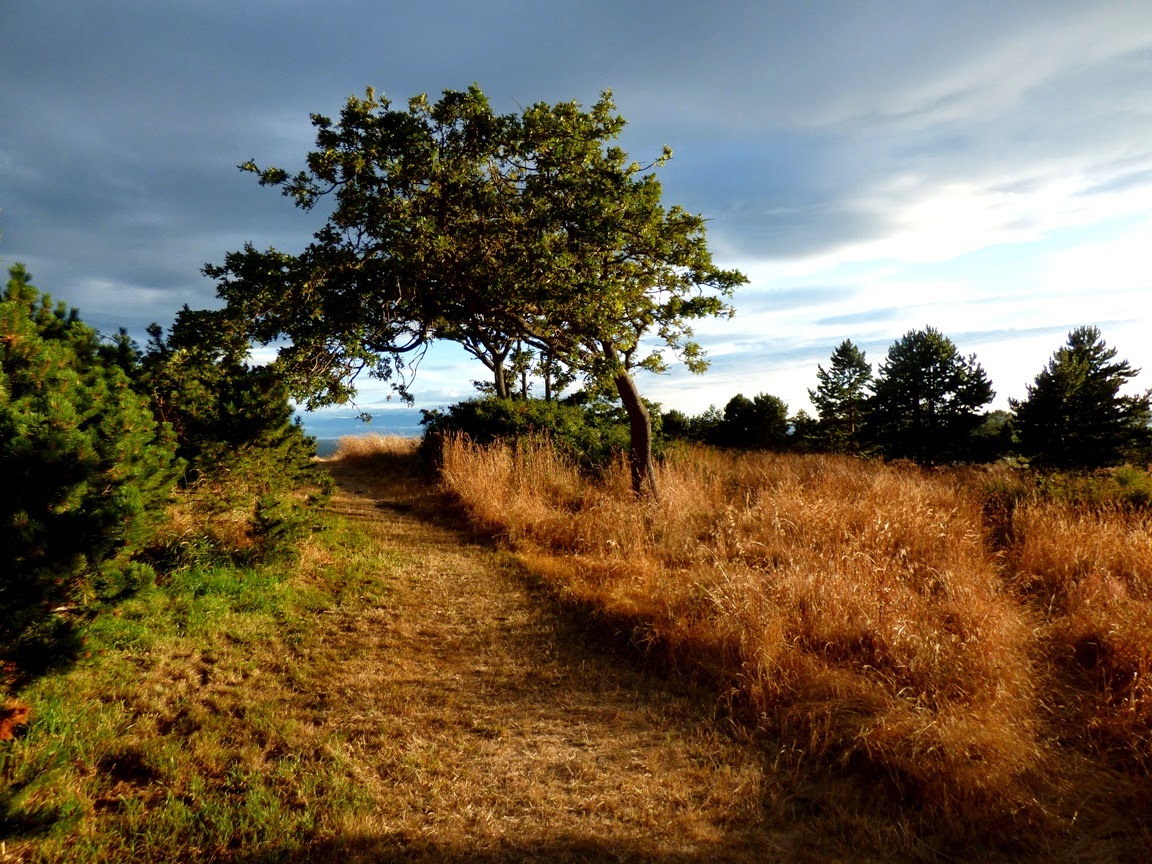 Beacon Hill itself offers stunning views of the Strait of Juan de Fuca with the Olympic Mountains on the horizon. The coastal strip leading down to Finlayson Point is covered by glacial deposits. 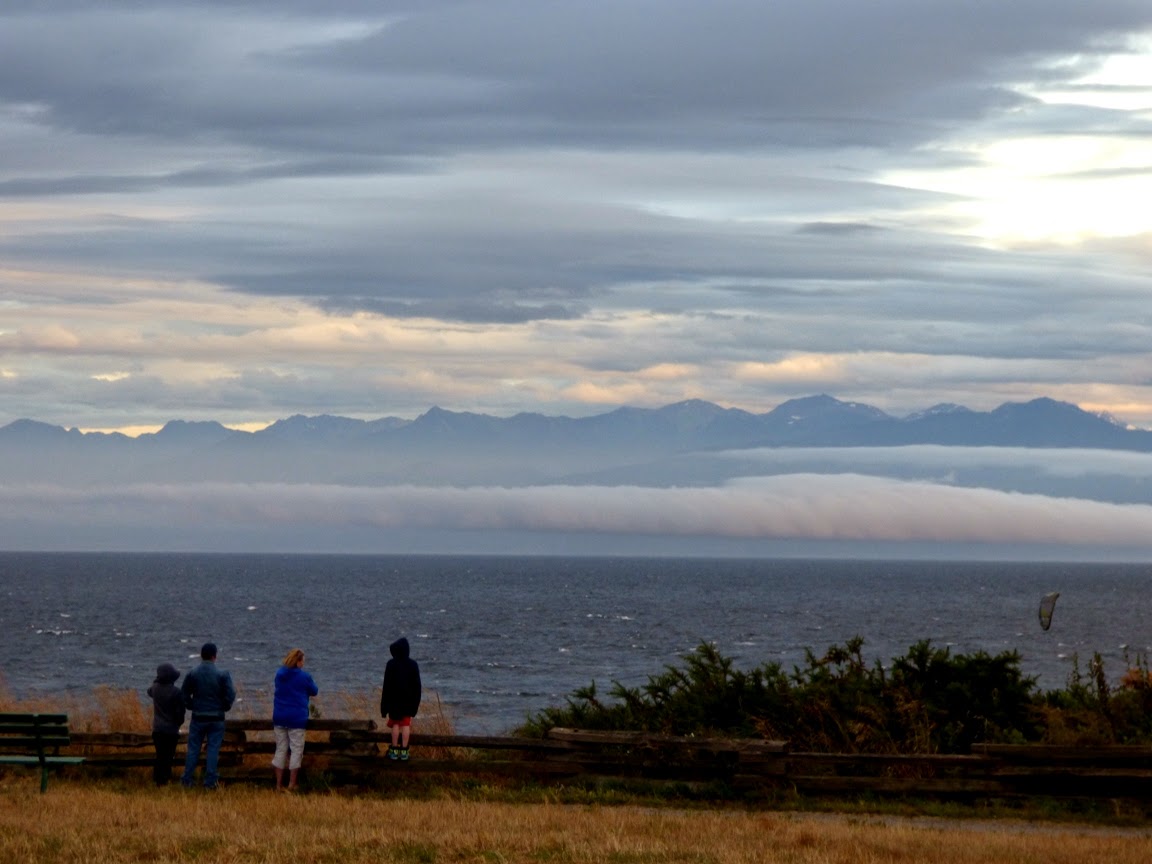 Where wave erosion has removed the loose sediments, fresh exposures of glaciated bedrock can be seen. The rocks have been scored by striations and groves. 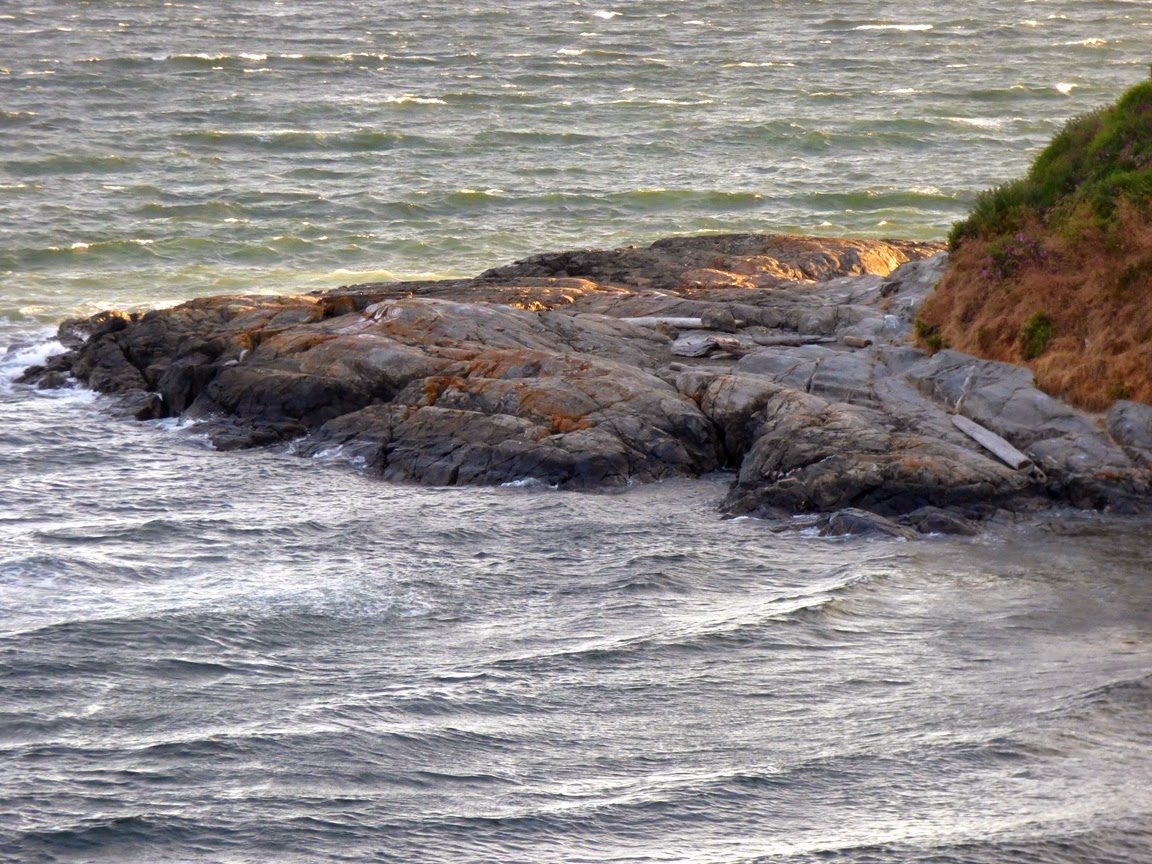 The southwest corner of the park holds one human-made distinction. It is Mile '0' (really, kilometer '0') of the Trans-Canada Highway that transects the entirety of the nation of Canada. It a sense it was mile zero of our journey through Canada as well. 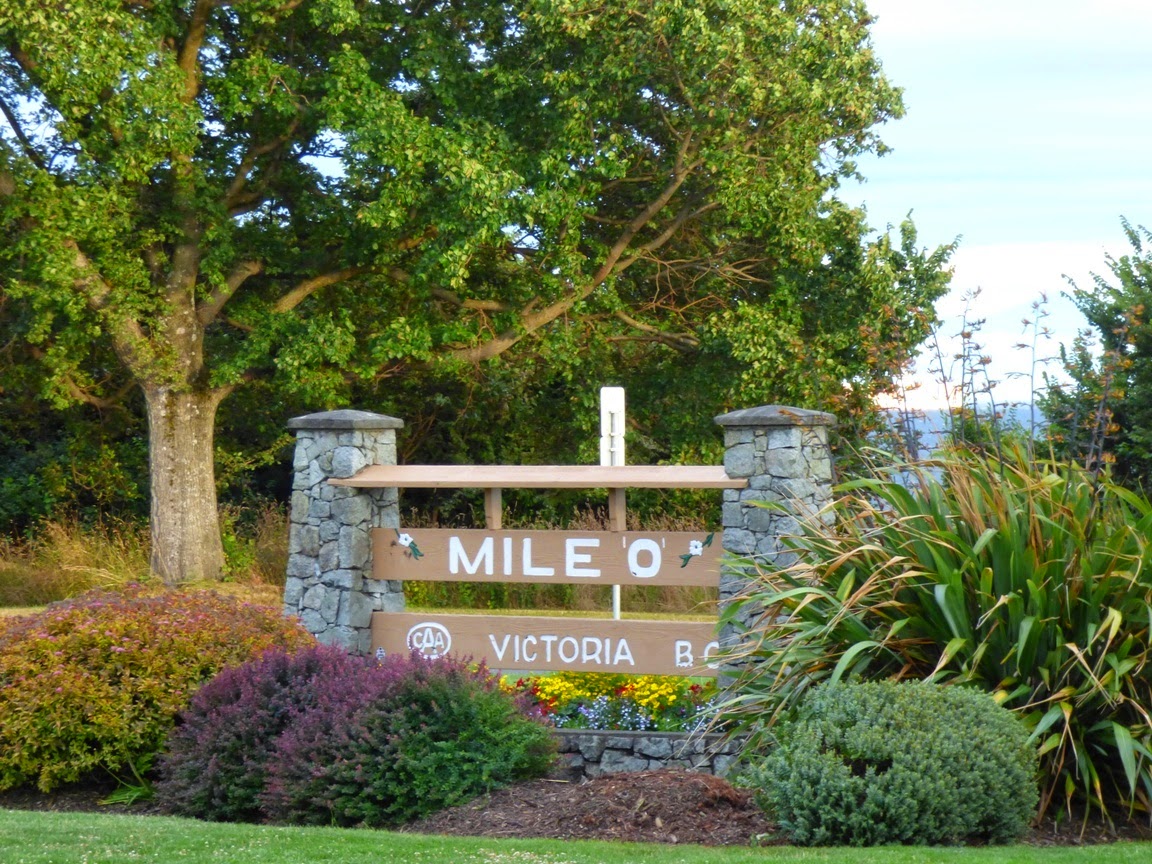 Our next post will explore some of the fascinating geology of Vancouver Island beyond the city boundaries of Victoria.

Thanks for the explanation Garry. I wondered the geology of Beacon Hill. We took Lizzy and CeiliJeanne there summer before last, and walked through all the area of exposed boulders you photographed. They also had a cool petting zoo for little kids. It is a nice break from the tourist hustle of downtown Victoria.

I thoroughly enjoyed this post, which I just found as I was trying to find out about the rocks in Beacon Hill Park, Victoria. Thank you!