Seeing Volcanoes Inside and Out: Exploring California's Volcanoes 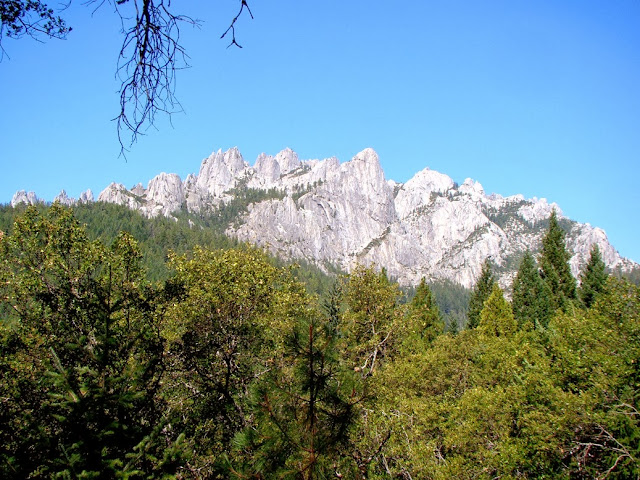 Our just completed exploration of Northern California's Volcanoes was a fascinating journey through the interior and exterior of several volcanoes. How do you explore the innards of a volcano? On the one hand, you can do a Brendan Fraser and fall thousands of feet or miles into a volcano ("Journey to the Center of the Earth", a movie I appreciated mostly for the living trilobite in the opening scene). Or...you can wait for the volcano to go extinct, be uplifted and eroded for millions of years, and then be established as Castle Crags State Park, and go stand at the viewpoint at the end of the park road. We chose the latter.

The Castle Crags are an especially scenic part of the Klamath Mountains province, a region tucked between the Coast Ranges and the Cascades at the north end of the Great Valley (I've written about them previously, click here to see). Most of the Klamaths are composed of dark colored metamorphic rocks, many of them derived from the mantle, but at Castle Crags the rocks are different. The light colored cliffs are composed of granitic rock (mainly granodiorite, a plutonic rock containing lots of plagioclase feldspar), dating back to around 160 million years ago. The granodiorite was once molten, feeding volcanoes that would have existed several miles above where we were standing. Some of the magma remained in crust, cooling slowly and allowing for the growth of visible crystals. Standing among the granitic towers of Castle Crags is to be standing in the interior of a volcano. 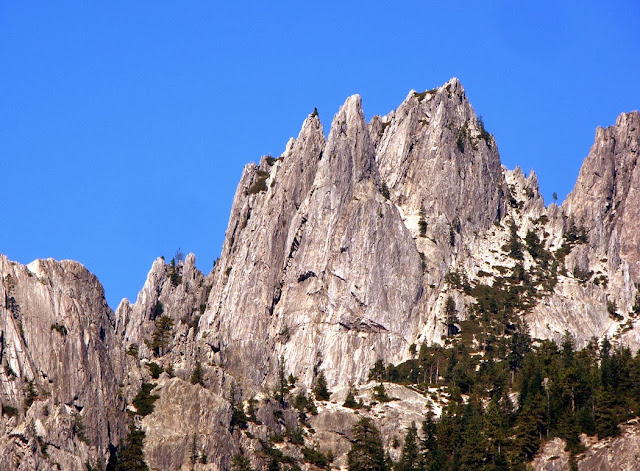 The dramatic spires are the result of exposure at the Earth's surface, and the resulting release of pressure (remember that these rocks formed at a depth of three or four miles in the crust). As the pressure is released, the rock expands and fractures, sometimes in vertical cracks called joints. The joints are exploited by water and ice, leading to the erosion of the steep sharp cliffs. 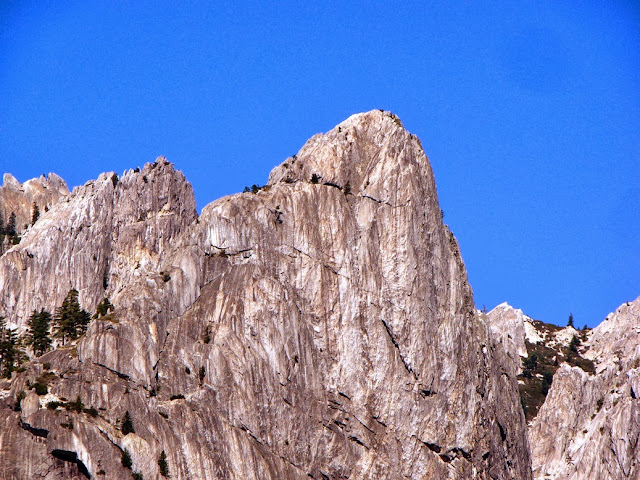 Sometimes the expansion of the granitic rock is outwards, parallel to the surface of the cliff. This causes fractures that act to remove corners and edges, resulting in dome-like cliffs, much like those found in Yosemite and elsewhere in the Sierra Nevada. This process is called exfoliation.

Even as we stood at the viewpoint appreciating the underside of a volcano, we could turn to our right and see a rather astounding view of the outside of a volcano. A very big volcano. Mt. Shasta is the second tallest peak in the Cascades Range, exceeded only by Mt. Rainier, but it is the most voluminous stratovolcano in the Cascades, and perhaps even the world. 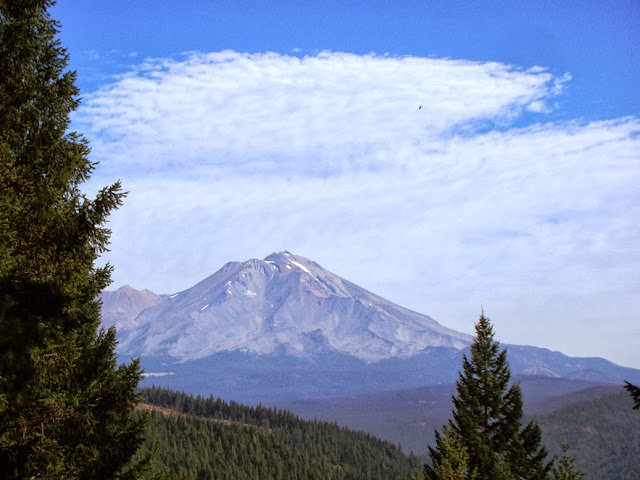 At 14,179 feet, it dominates the scenery from all directions in Northern California. A stratovolcano is composed of alternating layers of ash and lava, but the details of Shasta's structure contradict that description. It is actually the remnant of at least five different volcanoes which developed on more or less the same site. The term "composite cone" is perhaps a more accurate moniker. 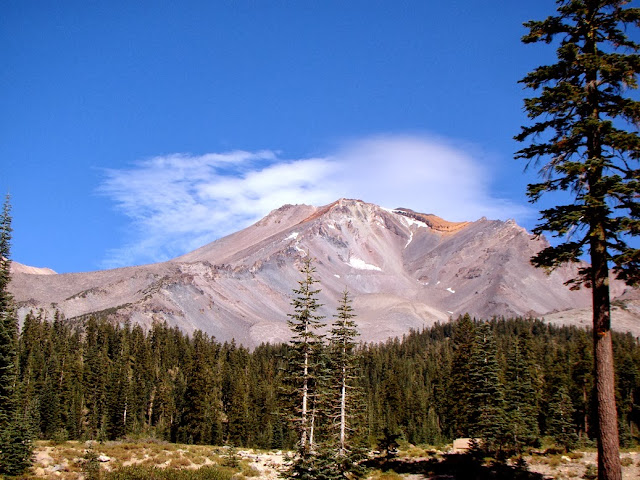 Shasta was our next stop of the day. At over 14,000 feet, no roads approach the summit, but in years past a ski area had been constructed at the 8,000 foot level on the south side of the peak. The ski resort was removed long ago because of avalanche danger (a wide swath of fallen trees highlights the hazard), but the paved road remains.

We took the highway out of Mt. Shasta City and headed up the mountain...
Posted by Garry Hayes at 12:19 AM