Dangit! There's a Jackass Tailgating Me! A Day in Oatman Arizona 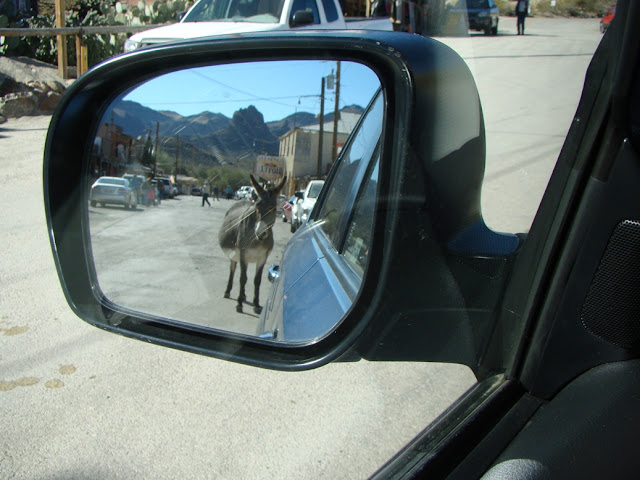 How many puns can a man take (or tell)? Today we were on the road again, and true to my resolution, I went someplace new. We were traveling into Arizona, and I knew that there was a stretch of the original Route 66 that passed through the small gold mining town of Oatman. I didn't read up on the site ahead of time, so the presence of their famous 'wild' burros was a bit of surprise. The town is a tourist destination these days, with daily old west gunfights, the Clark Gable/Carole Lombard honeymoon suite at the Oatman Hotel (and a ghost), and lots of curio shops, but the town has an interesting geologic history as well. The burros are the feral descendants of burros who escaped from or were abandoned by the early miners.
The rocks here at the southern end of the Black Mountains of Arizona are late Cenozoic volcanic tuffs and lava flows which have been eroded into scenic pinnacles and spires. The source of the very extensive Peach Springs Tuff was a caldera in the immediate vicinity of Oatman. The eruption took place 18-19 million years ago, and covered a region extending from Barstow, California to Peach Springs in Arizona. Tens of cubic miles of volcanic ash were blasted into the atmosphere during the catastrophic eruption. Gold and silver have been mined in the region since 1863, with the main production at Oatman between 1915 and 1942. Gold production in the region amounted to about 2.2 million ounces. The Gold Road Mine above town looked to be active when we passed by.

Oatman had a slightly more sinister reputation, at least to the thousands of Dust Bowl refugees who passed this way in the 1930s. The town is located in some rugged mountainous terrain, and Route 66 originally passed through town. The road is steep and winding, and must have been nerve-wracking to the folks driving ancient cars with brakes and transmissions of dubious quality. 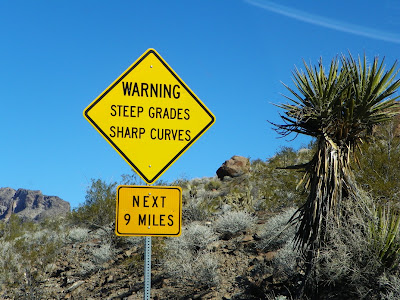 Beyond Oatman lay the Colorado River and the vast Mojave Desert of California. Although it is easily traversed today on modern freeways, in the 1930s a summertime passage could be terrifying and dangerous. My grandparents made the journey in the early 1940s, driving at night to avoid the worst of the heat. The town was bypassed in 1953 when a less rugged stretch of highway connected Kingman with the town of Needles in California on the Colorado River. 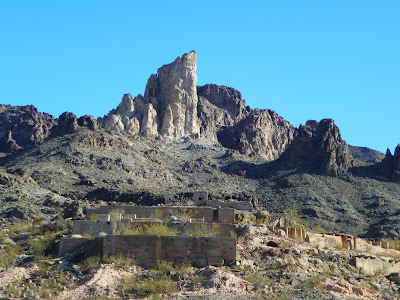 But on this day, the mountains were beautiful, the road a pleasant drive, and the burros were just being themselves: complete jackasses... 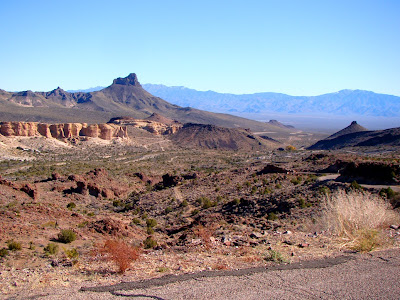 Oatman is a quaint tourist trap surrounded by gorgeous landscapes. Unfortunately when I went there is was pouring rain, the streets flowed with water and not many jackasses except me.

Are you sure that's a jackass tailgating you in the first picture? It might be a jenny...

And concerning "How many puns can a man take..." When lecturing my classes, I always take it for granite that they can take all the PUNishment I care to give them...

Tailgating? Are you sure you aren't just part of the herd?

Isn't that town the prototype for the one in Cars?