The Other California: Spring Arrives in the Prairie Lands 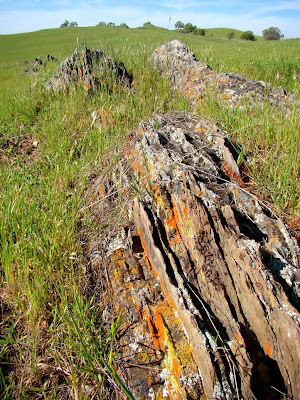 California has a rather sullied reputation these days; a lingering depression (at least in our Central Valley), high unemployment, urban nightmares, Hollywood, and a legislature that lacks the will to support the education of its children and young adults. And yet, 38 million people choose to live here. They have a lot of reasons, and some think they want to leave, but frankly California is a nice place to live. Especially if you have any interest whatsoever in geology. There is hardly any place in the world that packs so much geographic variety within its borders: coastlines, mountains ranges, deserts, and valleys. My Other California series is an on-again, off-again exploration of the geologically interesting areas that don't normally show up on our tourist postcards. I started this series with an exploration of the prairie lands of California that surround the state's vast Central Valley. Because I live on the fringe of these prairies, I venture out some afternoons to see what's happening. Friday was an exploration of Merced Falls Road in the Sierra Foothills, a short drive that included a surprise vista of Yosemite's Half Dome and Clouds Rest. 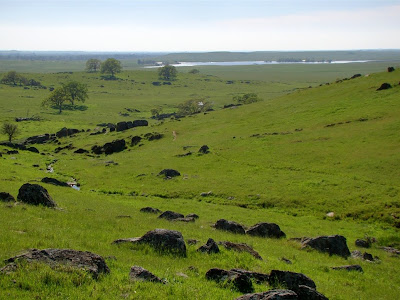 Merced Falls Road connects Highway 59 at Merced Falls to Highway 132 near Don Pedro Reservoir. It provides access to a number of ranches and the recreational areas along McClure Lake. It also includes numerous exposures of the metamorphosed sediments and volcanic rocks of a Jurassic island arc system that was slammed (in a geologic sense) into the west coast of the North American continent in late Mesozoic time. The rocks have been upended and deeply eroded, producing a landscape that looks like a neglected cemetery (the outcrops look like tombstones). The rocks include the Mariposa formation and the Gopher Ridge volcanics. 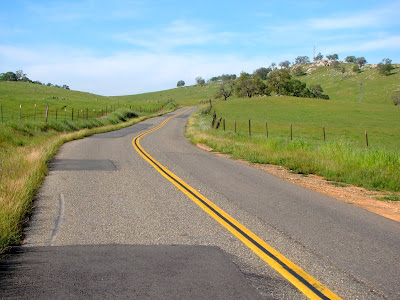 Friday was a fine day for seeing the early blooms of what promises to be a fine wildflower season. More on that in the next post. When we reached the little village of La Grange downstream on the Tuolumne River, we could see the preparations being made for an exceptional spring runoff. The snowpack in Yosemite is somewhere around 150-160% of normal after three years of drought, and the water authorities are emptying out Don Pedro Reservoir to make room for the much needed onslaught of snowmelt that begins soon. Below is the artificially induced mild flood being conducted to avoid an out-of-control flood in a few weeks. 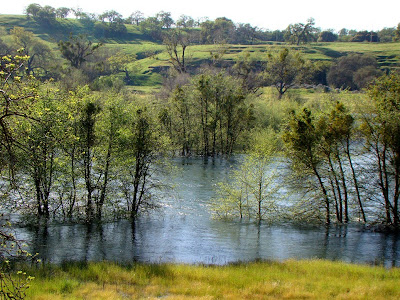 What else did I discover? I found out my hay fever is alive and well...sniff...
Posted by Garry Hayes at 8:51 PM

Sure looks lush and green.