Tales From the Semi-Super-Bloom Tour, Part 3: On the Road to Yosemite 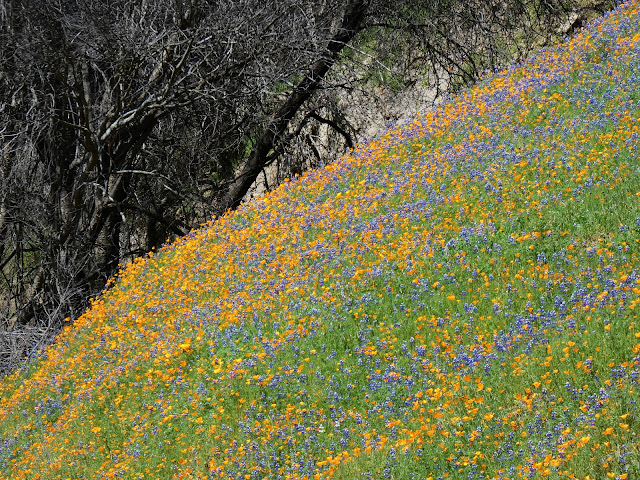 Mrs. Geotripper and I didn't see the legendary "Super-Bloom" in Southern California. We didn't have the time or patience to deal with the crowds and trampling and helicopter landings in fields of flowers. We instead set out to find the evidence of spring in some less heralded and less crowded places that were perhaps not in a state of a once-in-a-decade superbloom, but showed some delightful color nonetheless. At the end of March it was the Mojave Desert and Death Valley National Park. Then a week ago we headed up to Yosemite Valley. 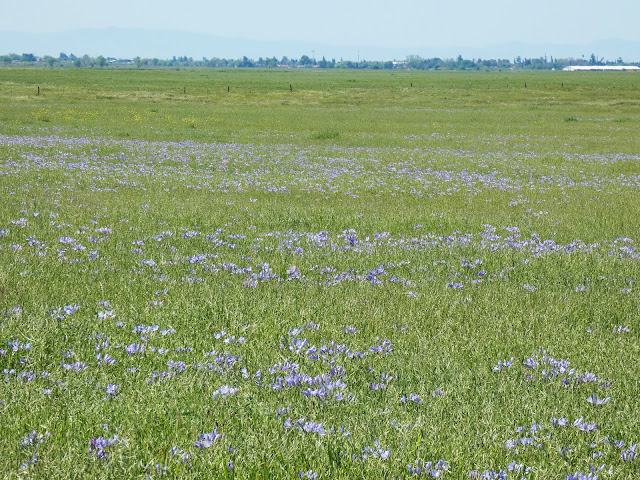 Yosemite Valley is just coming out of the throes of winter, so we weren't expecting any flowers there, and as such we were not disappointed. But our journey from the floor of the Great Valley and through the Merced River Valley provided us with an explosion of color. The prairies east of Merced and Planada were rich with Blue Dicks. 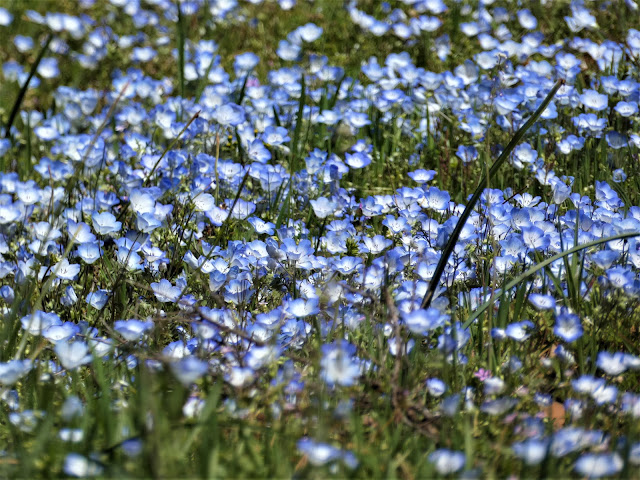 We climbed into the foothills and made a brief stop in Midpines where we saw these Baby Blue Eyes (above), and blooming Redbuds that aren't exactly really red. 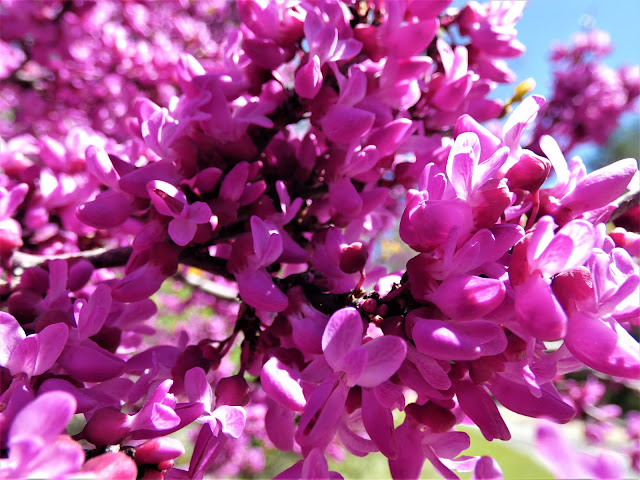 Our road dropped into the canyon of the Merced River, and we followed the swollen river upstream. As we approached the village of El Portal, the flowers grew thick along the slopes. Golden Poppies were common, offset against the somber metamorphic rocks of the Shoofly Complex. 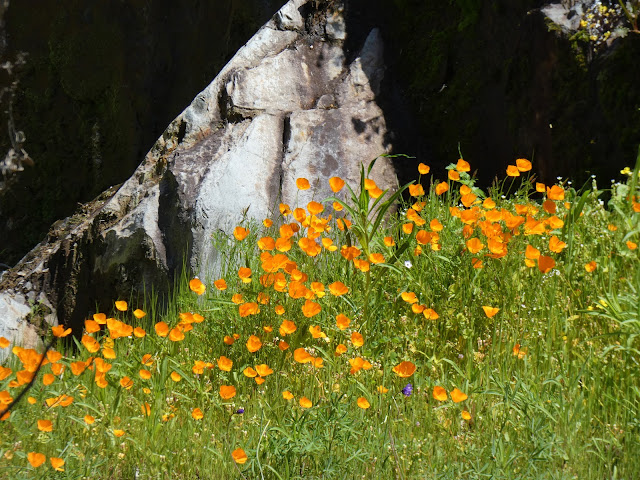 I've seen Golden Poppies growing in a wide variety of habitats throughout California, from high mountain slopes to deep forests to desert plains. No wonder they were declared our state flower. 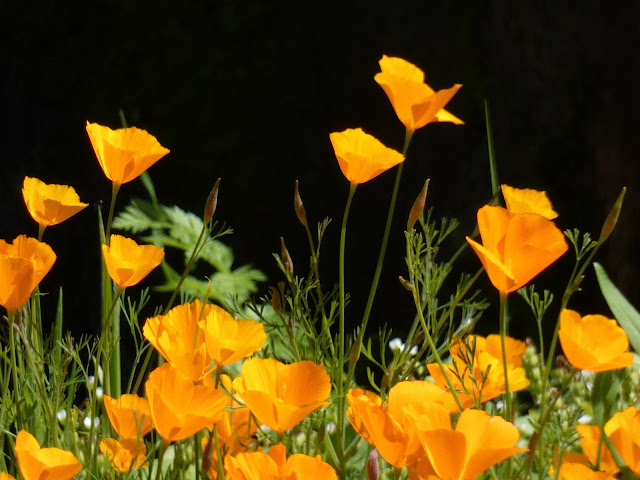 We turned a corner and were greeted by slopes covered with purple lupines and Golden Poppies. 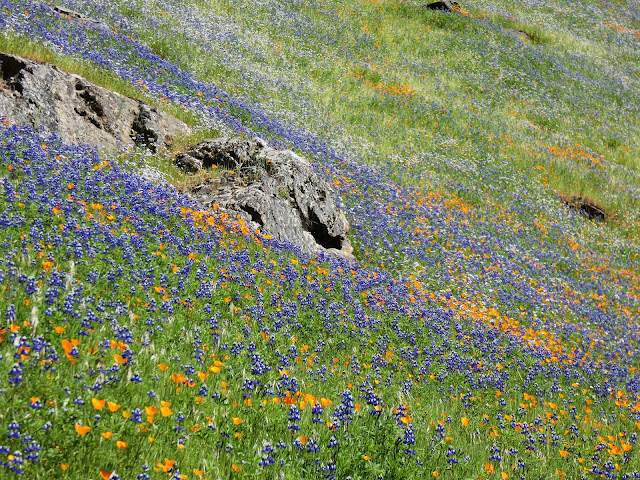 It's not a "super-bloom", it's merely a drought-free spring. But spring in the Merced River canyon is a colorful affair. It's a privilege to live close enough to see these beautiful slopes. 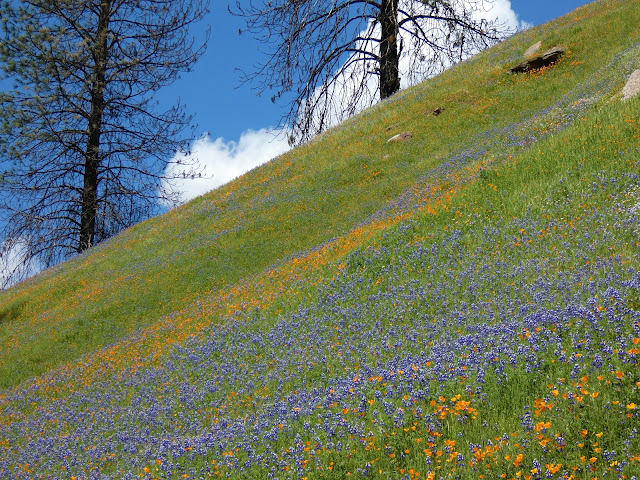 Garry,
Thank you for the photographs of wild flowers. The first photo is really splendid. Your time and effort is much appreciated.
Will from Colorado