Northern Convergence: Vancouver Island, the Plan That Was...Part I 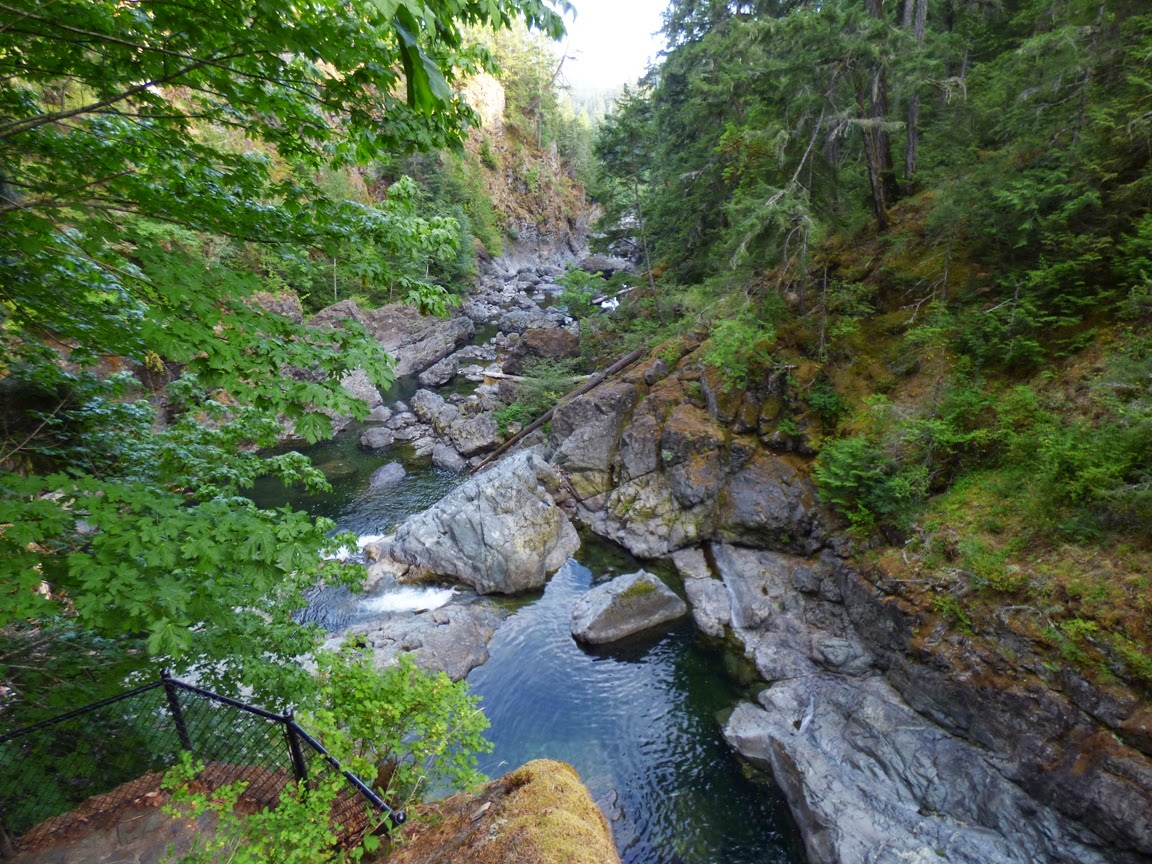 Our Northern Convergence tour continues. Our first full day in Canada was to be an exploration of geological sites on south Vancouver Island between Victoria and the ferry port at Nanaimo. There was lots of research, and Mrs. Geotripper and I headed out to the island a few days before our students met us in Seattle. We had a plan...

But of course, there are plans that are made and there is what actually happens. So this post and a few more are explorations of the places we thought we were going to share with the students. What we actually saw with the students will be the subject of some other posts...

Deep rugged gorges are not one of the hallmarks of continental glaciation. Thick sheets of ice tend to smooth off the landscape, and since the ice left only 12,000-13,000 years, there has been precious little time for extensive river erosion. Yet a few kilometers west (we're in Canada now, think metric!) there is a deep rugged gorge. It is traversed by the Sooke River, which flows through a broad open valley before plunging through the gorge about six or seven kilometers north of the village of Sooke. It then flows into the Strait of Juan de Fuca. 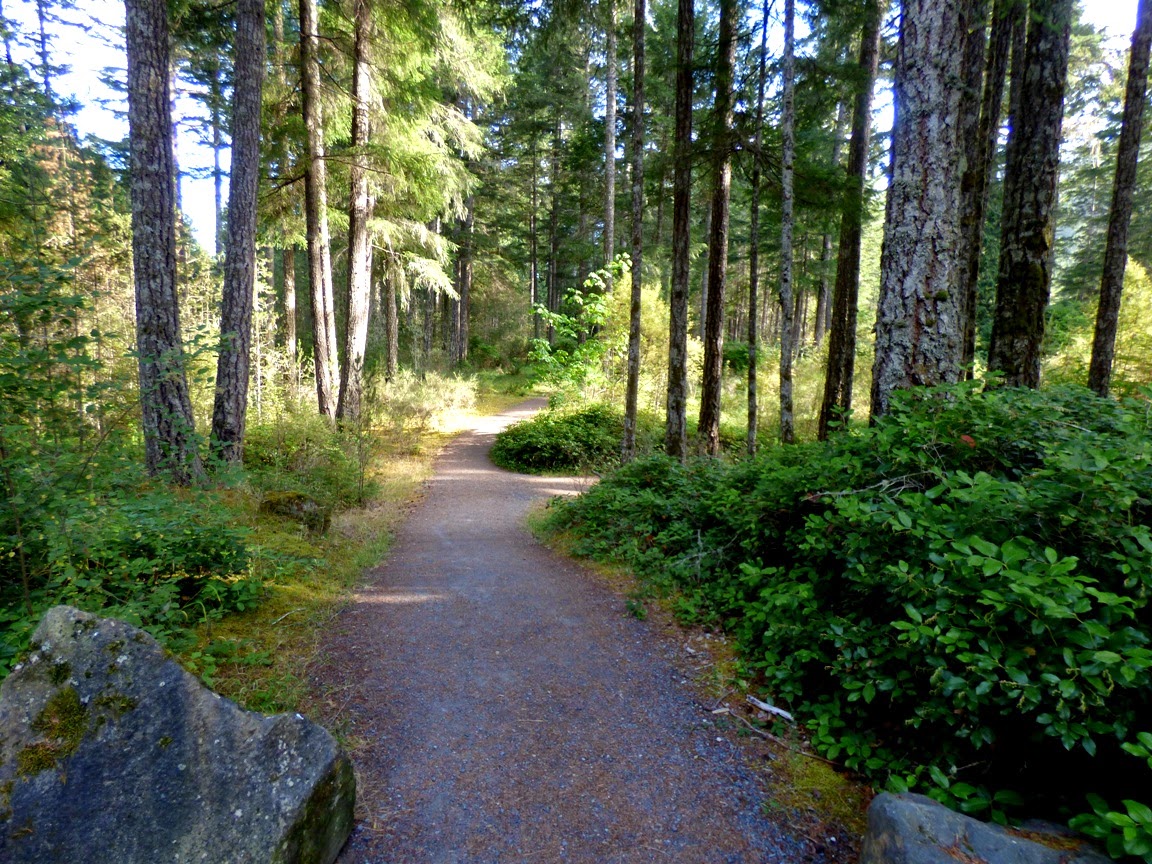 The river has carved a series of beautiful potholes that are hugely popular with the locals. The gorge is preserved as Sooke Potholes Regional Park. It was pleasant place to visit. We happened to arrive late in the day, so there weren't many people about. We got out and wandered some of the trails. 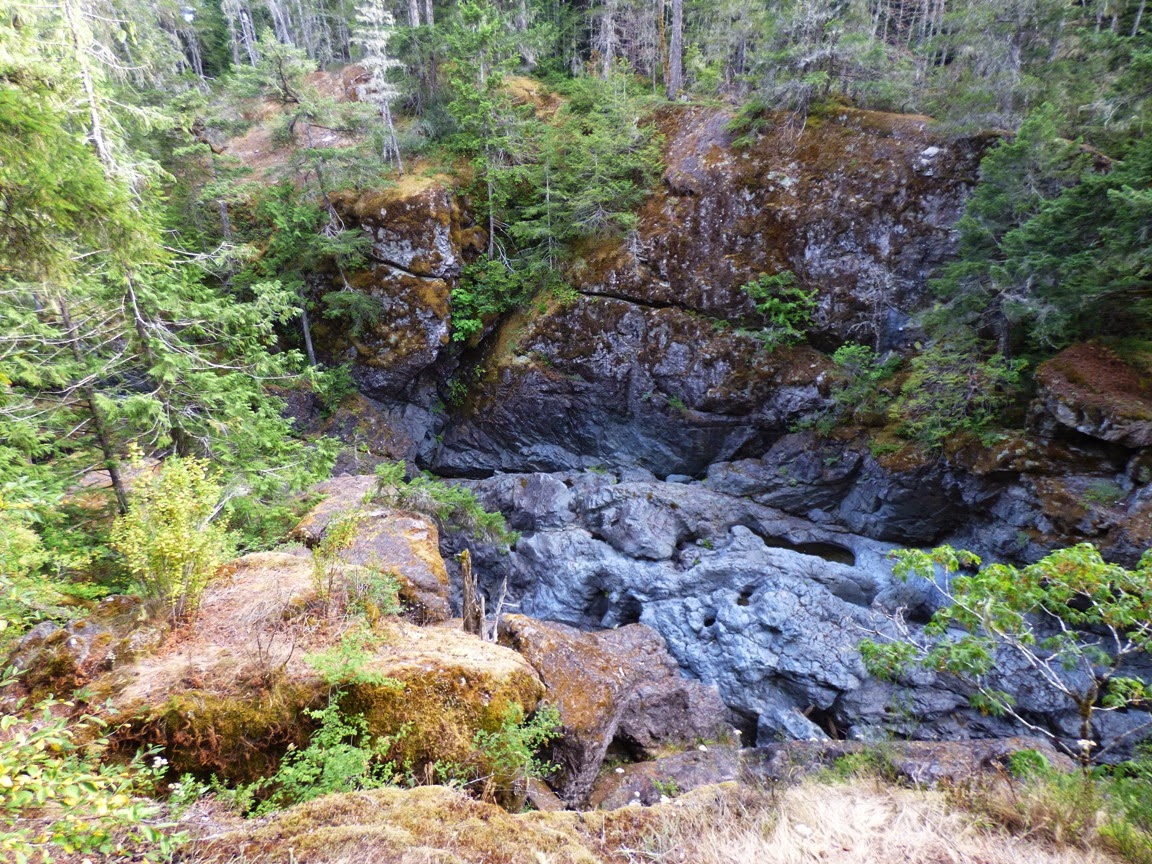 As it turns out, the rocks in the Sooke gorge are basalt, part of the very same oceanic crust that makes up the outer "Horseshoe" of the Olympic Peninsula, and which makes up some of the most rugged topography at Olympic National Park. Because of plate geometry, the rocks of the Olympic Peninsula were pushed higher than those of Vancouver Island, and the continental glaciers on the island scraped them down even more. But there was a point where the basaltic rocks ended. It was just a few miles upstream of the Sooke Potholes, and is called the Leech River Fault. On the other side of the fault were much softer schist and other metamorphic rocks. In essence, the Sooke River flowed over soft rocks in a broad valley, but was forced by the glaciers to take a southerly route through the tougher basalts. 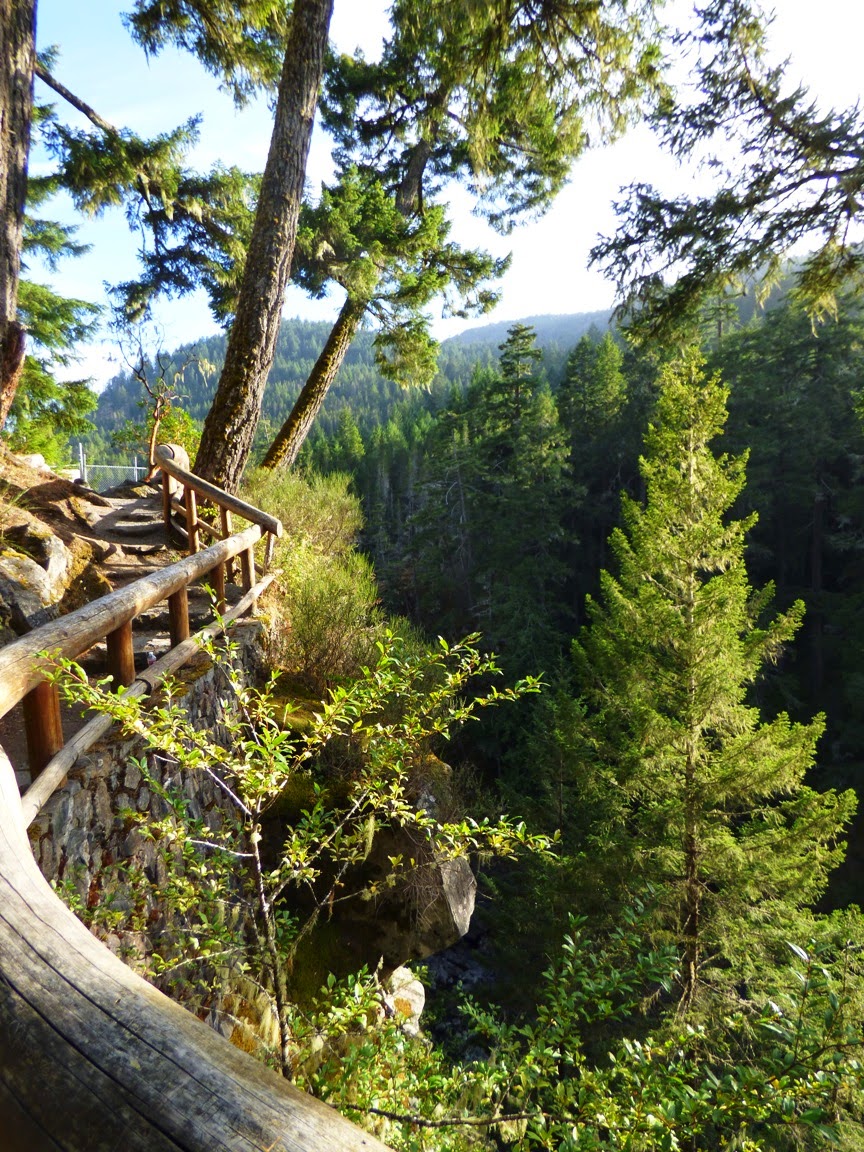 The river carved downward quickly, using large boulders as tools. The boulders, sometimes called "grinders", were caught in swirling eddies, would abrade and grind the holes they were caught in. Eventually the potholes became pools large enough to swim in. 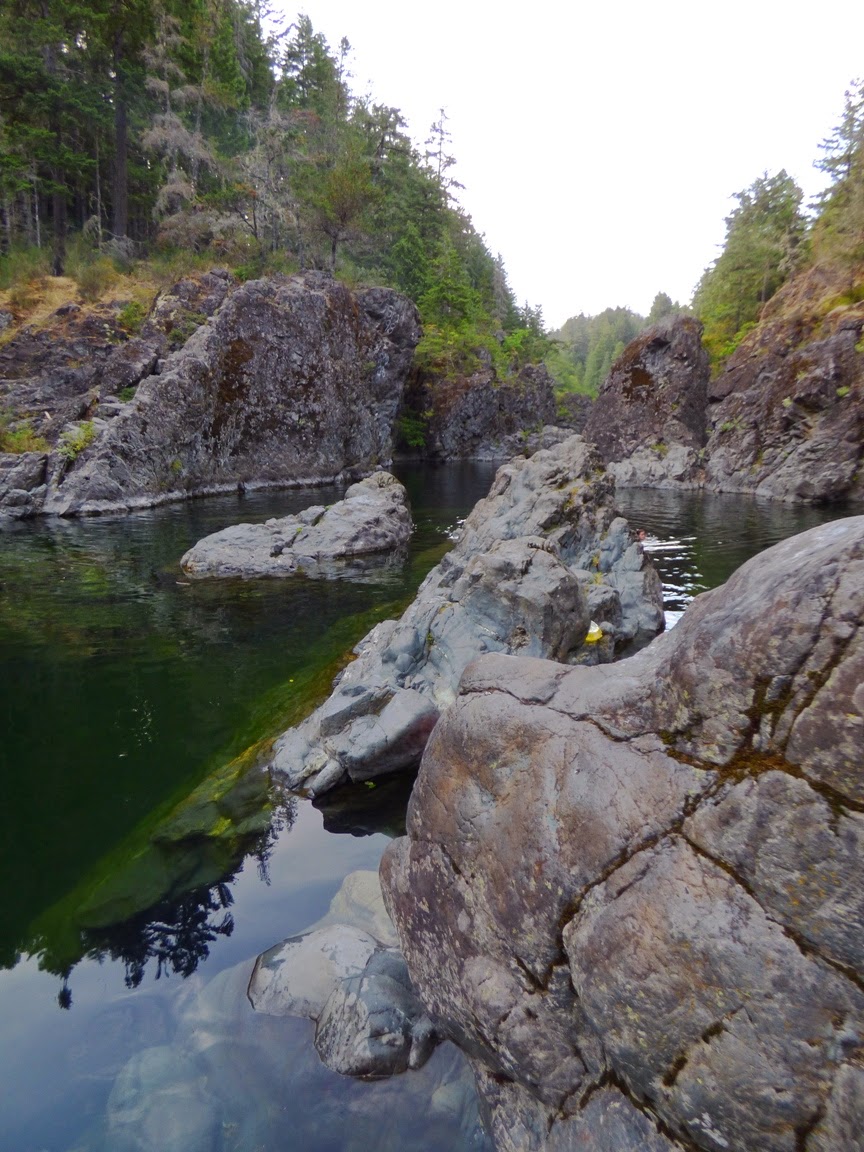 Our plan was to take the students to the potholes, and then follow the road north to where we could see the Leech River Fault valley, but once we arrived on our scouting expedition, we found the campground closed for the year (undergoing renovations) and the road upcanyon blocked. We woud have to change our plans. Still, it was a spectacular place to wander. If you pay a visit, bring swimwear!
Posted by Garry Hayes at 11:40 PM

Too bad about the unfortunate change in plans as this place looks spectacular.