Anywhere Else, They Would be Exceptional: Can you Succeed at this Yosemite Valley Scavenger Hunt? 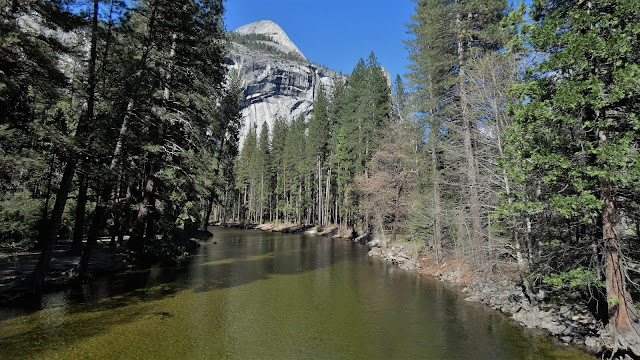 I've been privileged to visit Yosemite Valley dozens and dozens of times over the years, often dragging students, and sometimes with just me and Mrs. Geotripper. We always revel in the beautiful sights, and study the various moods of iconic features like Yosemite Falls, Half Dome, and El Capitan. But there are many times when I notice other unique geological features that in any other setting on the planet would probably be the centerpiece of a national or state park. They get lost in the grandness of this extraordinary landscape. That is the reason for today's post. If you are ever lucky enough to visit Yosemite Valley, take your pictures of Half Dome and Bridalveil Falls, but keep an eye out for some of these other exceptional rocks and waterfalls.

First up is North Dome (above). Just think about it...aren't you just settling for less when you concentrate on Half Dome? Why not a whole dome? It's there if you know where to look (or you know how to read a map!). 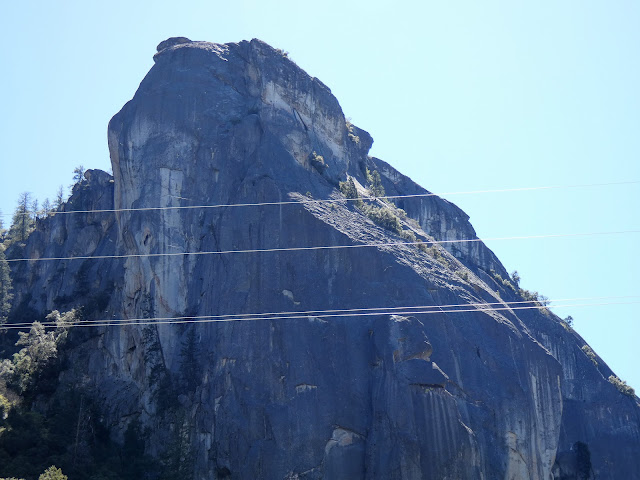 Elephant Rock (above) is tucked away on the canyon rim somewhere where the park service didn't even worry about powerlines spoiling the view of the rock. Even more important: can you see the elephant? After 30 years I finally figured it out... 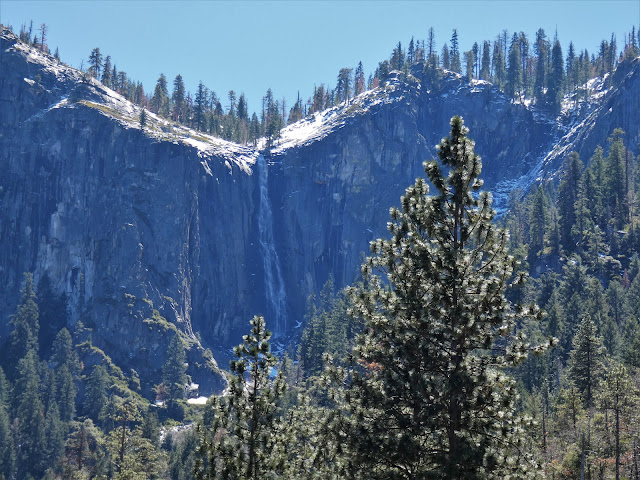 Silver Strand Falls suffers from "backwards distraction". Some sights in Yosemite are so awesome that you can't do anything but stare. And never turn around to see what is happening behind you. There is an epic sight in the opposite direction and thus you might never notice it...a 574 foot high waterfall! It's especially spectacular in winter when the waterfall may be entirely frozen. 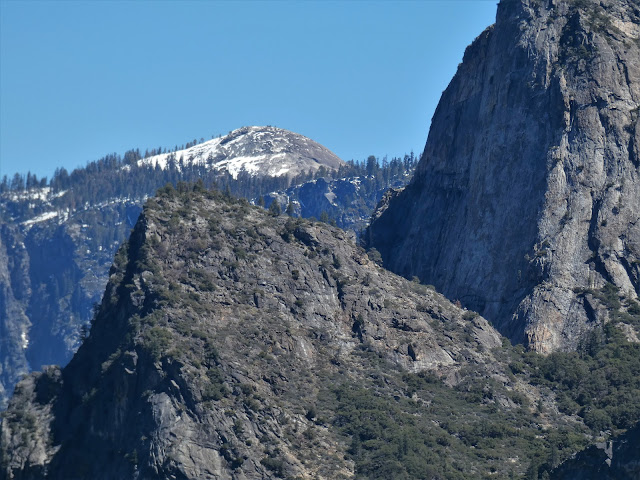 Another sight that gets lost in the shuffle of the big views in Yosemite Valley is Sentinel Dome. It's another "whole dome", and while it is not as imposing as Half Dome, it's a great deal easier to climb. In fact, the trail to the summit is only a mile long, and the view is stunning. 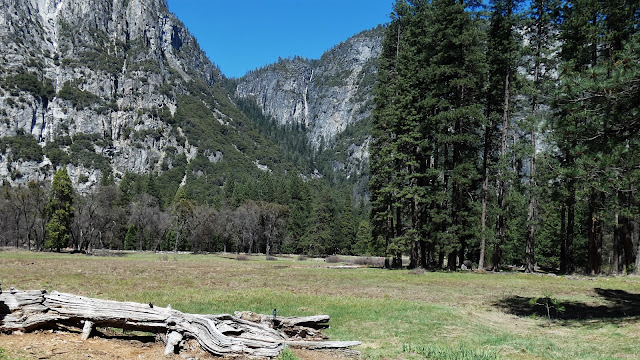 Is it possible to simply not see a 1,180 foot high waterfall? It seems like it would be hard to miss, but that's the case with Lehamite Falls. It has the distinction of the only feature in Yosemite Valley that retains its original Ahwaneechee name. It's not behind some other feature. In fact, it often appears on the edge of shots of one of the iconic waterfalls of Yosemite. 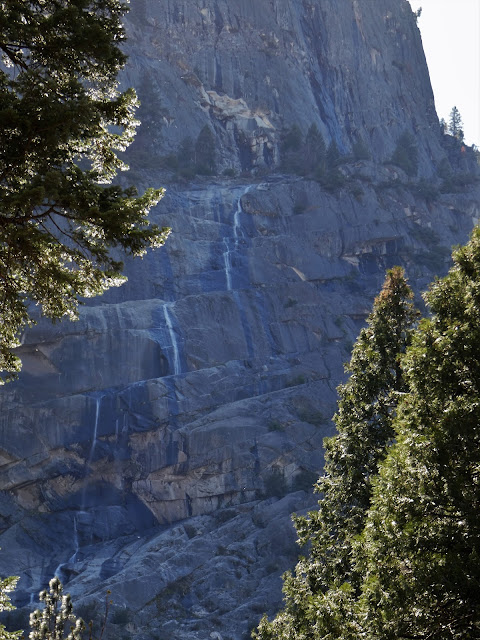 There is another waterfall that can be easy to miss. Staircase Falls can be heard splattering down the cliffs behind a well-known pizza shack in Yosemite, but it often gets missed in the shuffle. It's 1,300 feet high, just short of Upper Yosemite Falls (although it descends in a series of...stairs). 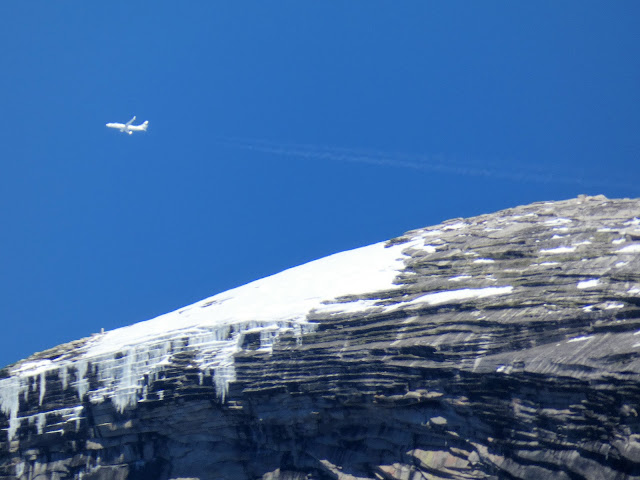 Finally, can you guess the location of this stunning example of exfoliation in action? Exfoliation is the tendency of newly exposed rocks to break in planes that are parallel to the surface of the rock, causing the monolith to eventually take a dome-like shape.

Do you know Yosemite well? What features do you think don't get enough attention by park visitors?

Knowing how much you like your zoom lens, I'd guess that's near the top of Tis-sa-ack.

And you would be correct!