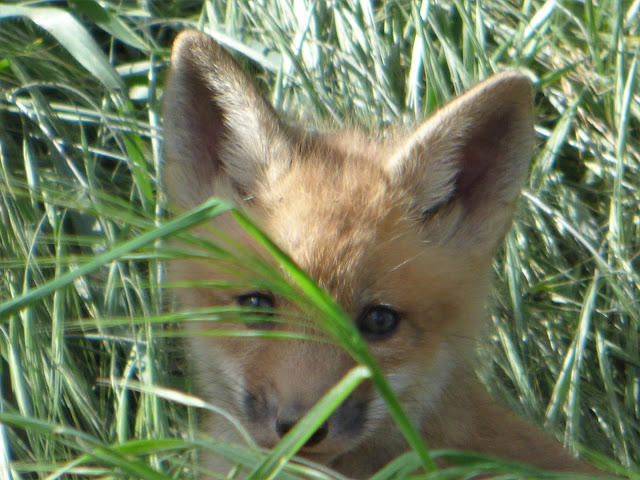 Be warned: cuteness alert. I was out on the Tuolumne Parkway Trail this afternoon, checking things out after more than two inches of rain in two days. It was sunny and lots of birds were out and about, but just before I got to the end of the trail, I saw something I've never seen before: a fox family. 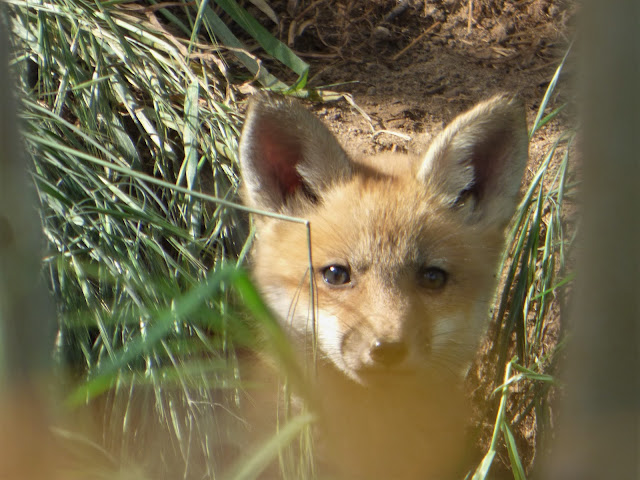 I've seen foxes a number of times over the last three years. One fox that I photographed early on was actually used on the interpretive signs for the trail. I could never figure out from year to year if I was looking at a family or not because I never saw more than one at a time. 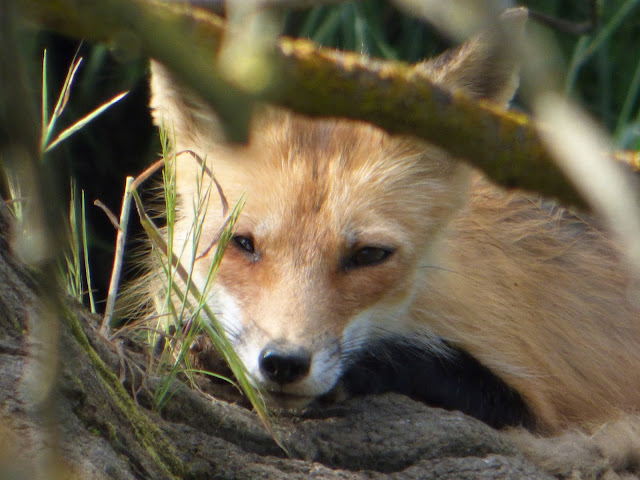 I haven't seen the foxes for many months now, and I was worried that they might have moved on (silly me). Finally in the last few weeks I've noticed an acrid odor that I suspect was related to the foxes, so I've been watching the grass and shrubs much more carefully. Today, though, I came face to face with the one in the first picture above. I couldn't distinguish the size very well, but I noticed the shorter face and realized it was a pup. A moment later a second head popped up! I didn't get a good shot of both of them at once before they disappeared into their den. It occurred to me that momma must be around somewhere, and then I realized she was in plain sight up on the log above. As you can see in the photos, she was very nervous about me (she could barely stay awake, actually). I've seen momma in previous years; she was wounded in one eye, giving her a distinctive appearance 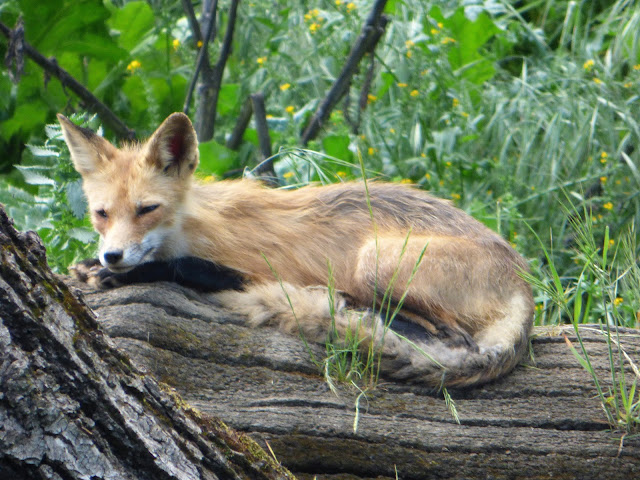 Red Foxes are one of the most widespread carnivores on the planet, being found across the northern hemisphere. The populations in California are a mixture of native and non-native individuals. The rarest is the Sierra Nevada Red Fox, which is only found in the northern Sierra and southern Cascades at high elevations. It was recently sighted in the vicinity of Sonora Pass, north of Yosemite. The populations in the Central Valley were thought to be escapees from fur farms, but recent work has determined that the valley north of Sacramento has an endemic population. There seems to be little if any information about native Red Foxes in the south valley. There is a native species, the Gray Fox, which I have seen once or twice along the river. There is also the rare and endangered San Joaquin Kit Fox, which I have never seen. 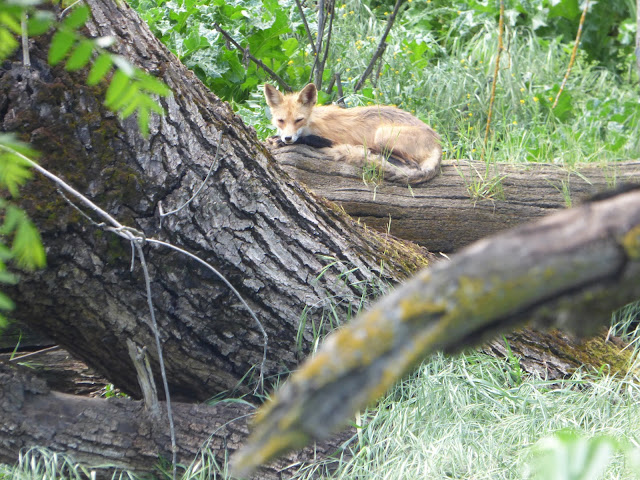 I hope I'll have a chance to watch them grow up!
Posted by Garry Hayes at 7:09 PM

I know exactly where this spot is and will be quietly on the lookout for a glimpse. However they are far more accustomed to your smell and presence. I'll have to purge all the other animal odors from myself and see if that helps...