A most interesting book landed on my desk recently. Timber Press asked me if I was interested in reviewing Mary Caperton Morton's book Aerial Geology, A High Altitude Tour of North America's Spectacular Volcanoes, Canyons, Glaciers, Lakes, Craters, and Peaks. I am most pleased to do so, but a bit of explanation is necessary to explain why. 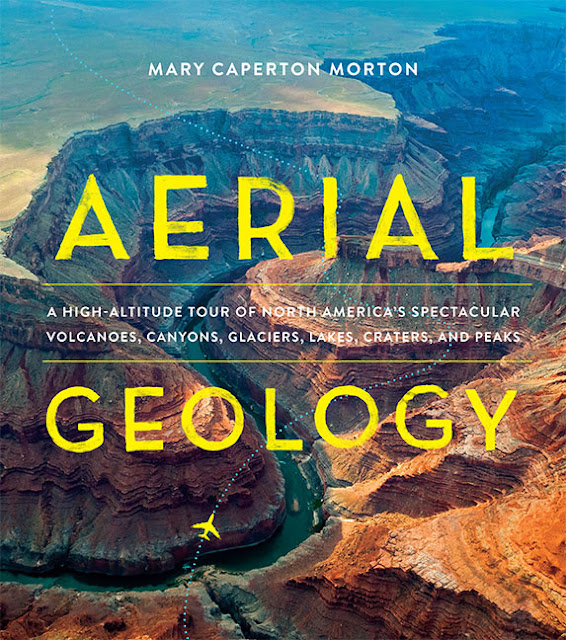 If you have been following my blog from early on (the very ancient days of January 2008), you will know that I am thrilled by plane rides, and the unique perspective that aerial photographs add to one's understanding of geology. I didn't get to fly much as a child and teen, but I lived in southern California, and I was surrounded by high mountains: the San Gabriel and San Bernardino Mountains were only a short drive away, the Sierra Nevada and the Mojave Desert just a little farther. My favorite weekends were those spent climbing mountains that gave me a view. If I was stuck at home, I climbed to the very top of a deodar tree in my backyard that gave me a look at the surrounding neighborhood (I thought as a child that it must have been 50 feet high, it was more like 20...). When I took my first geology class in 1975, I was introduced to the perfect book that would feed my mania for high places: Geology Illustrated by John Shelton, published in 1966. Ostensibly it was a basic physical geology text, but it was illustrated with a stunning set of aerial photographs taken by the author. His book, despite being out of print for decades, is considered one of the 100 most influential books in science for the last century by American Scientist. A great many of the photos were of places I was familiar with, and so I treasured the book. My copy is barely holding together, but I still refer to it once in a while. 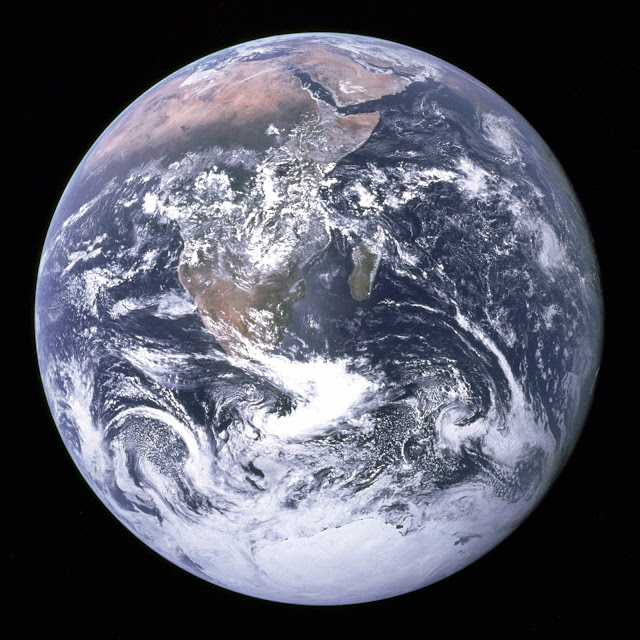 So why am I talking about one book when I am supposedly reviewing another? It's because some things have changed in fifty years. In 1966, we had barely been to space, much less seen the Earth in high quality photographs. The iconic Blue Planet photograph, taken by the astronauts of Apollo 17 was still six years in the future. A furious debate was taking place in the geological community about the strange concepts of continental drift and plate tectonics. It was only just beginning to be acknowledged by some geologists, but full acceptance was still a half decade away. Our knowledge base on all manner of geological processes has expanded astronomically. Our access to scientific knowledge has left the dusty halls of libraries and landed in our pockets through the internet and smart phones (this statement is not to be taken as a slam on libraries, which still provide so much good in our communities). And perhaps above all, our use and abuse of the resources of our planet has threatened to upset the delicate web that keeps our civilization intact: global warming, soil depletion, groundwater use, and so many other issues are affecting our daily lives. Just ask the people of Houston, Puerto Rico, California's Wine Country, and so many others who have been affected by intense geological and climatological processes.

There is still a vast dearth of scientific literacy in our society, especially when it comes to geologic processes. The internet can do much good, but it also is a source of bad information and stupid conspiracies. Wouldn't it be nice if there was an accessible and attractive book that could lay out the basics of geological processes accompanied by spectacular views that take in advances in satellite technology as well as beautiful old-school aerial photographs?

Yes it would, and that's why I can highly recommend Aerial Geology. Mary Morton has selected 100 significant sites and locales in North America that illustrate geological processes in action. Many of the sites chosen are familiar and expected locales, but there are also quite a few that are less known. Each site has a well-written vignette that outlines the basic geology and occasionally related environmental problems. The pages for the Mississippi Delta (above), for instance, describe the very serious problem of subsidence: the delta is disappearing into the Gulf of Mexico at the rate of a football field per hour.
People who fly often may find their interested in the world below rejuvenated by reading this book. A helpful feature is a notation on each vignette that explains what commercial flights may reveal the feature in question (even when I'm paying attention, I can get lost at 35,000 feet and not know what spot I'm looking at).

Aerial Geology is well-written and beautifully illustrated, and is a worthy successor to Shelton's Geology Illustrated. I enjoyed learning about some new places, and finding out new things and new angles on many familiar places as well. The author is a frequent contributor to Earth Magazine, and has an excellent blog on geological topics as well. The book is available at the usual places, including the publishers website and Amazon (and it is surprisingly inexpensive if you are looking for a cool Christmas gift). Check it out!

Disclosure: I was provided with a review copy of the book.
Posted by Garry Hayes at 12:01 AM