Here's a Hawaiian Mystery for You: Where Did These Circles Come From? 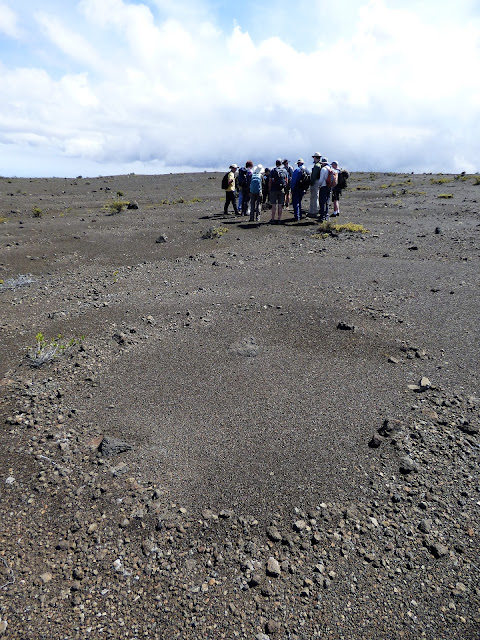 We were on a desolate plain on the south side of Kilauea Caldera on the Big Island exploring the ongoing volcanic activity. The smoking pit of Halemaumau Crater with her bubbling lake of molten lava was only a half mile or so north of us, so yes, we were in a closed area (but legally in this instance!). 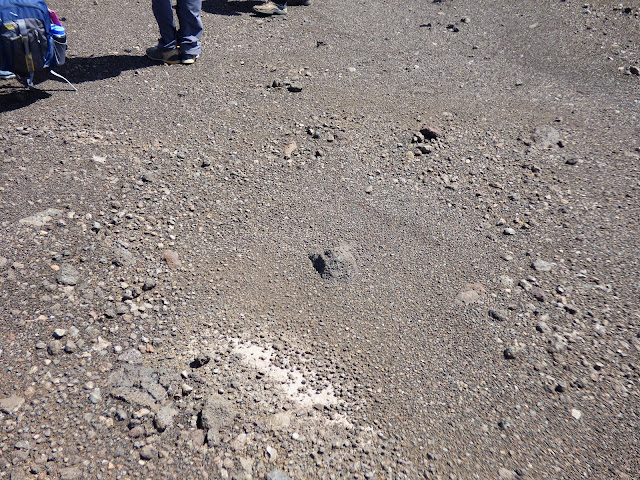 Given that no part of the exposed Kilauea shield is older than about 1,000 years, it's almost needless to point out that this is a young geological landscape. You can see that a thick forest can be seen off in the distance, but only a few shrubs and spindly trees are present at our feet. I saw just a few bugs when I got on my hands and knees for a closer look at the gravel. 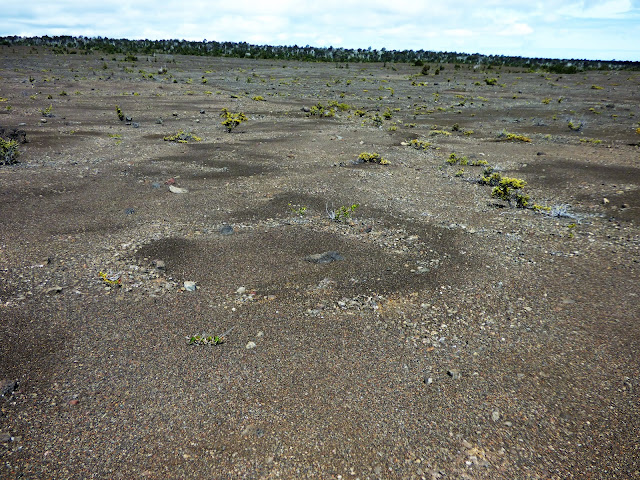 Circles occur in nature for plenty of reasons. I don't want to provide a list because this isn't a multiple-choice test: it's a thought question! Where did the circles come from? 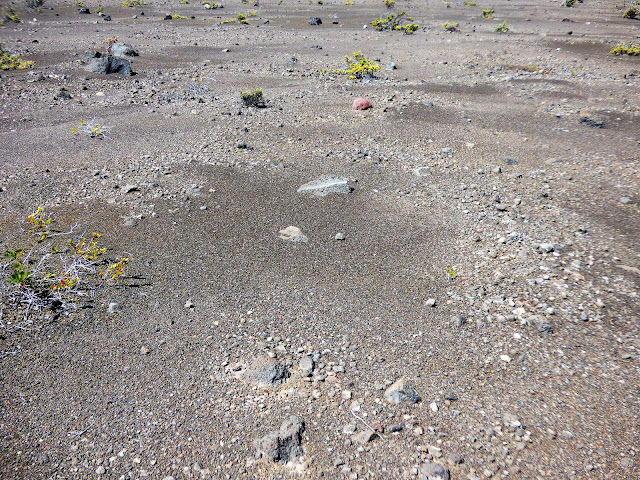 The middle of the circles are composed of relatively uniform particles about 1-2 millimeters across. The intervening edges are made of larger unsorted fragments. As you can see in the pictures, there is sometimes a single rock in the middle of the rings, and sometimes there is a shrub. 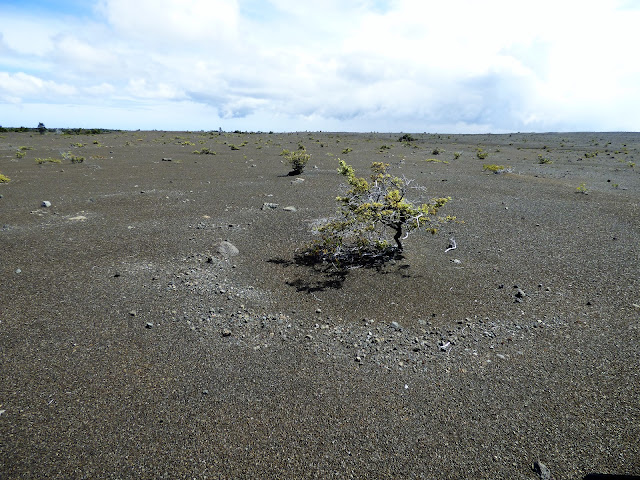 A couple of other background information items: Kilauea is a broad shield volcano composed of thousands of basalt lava flows. It is highly active, and indeed there has been a non-stop eruption going on one place or another on Kilauea since the early 1980s, the longest sustained eruption in recorded history. The lava lake in Halemaumau has been active since 2008. One further point to consider...should we be seeing gravel here, so close to the summit of Kilauea?

So there you go: don't be afraid to speculate! Give us some ideas in the comments section...
Posted by Garry Hayes at 12:54 AM

Gas release? Otherwise I got nothing :-)

The "gravel" could be (and probably is) cinders.
At first glance, I thought the circles could be due to frost action. I've seen somewhat similar rock circles and stripes that formed that way... But I'm not sure if periglacial features can form in only a few centuries, and I'm not sure if the summit of Kilauea is high enough for significant frost action.
So what's your idea, Garry?

Long time reader; first time commenter. Love your blog - love the commentary, love the photography, love the geology. And since I want to be a volcanologist when I grow up (I'm 42) I thought I'd venture a guess.

I think they're impact craters from ejected blocks. That, along with the supposition from Anonymous above, would allow for the deposition of wind-blown sand, tephra, loess, water - and seeds - into the roughly circular depressions. I think that would explain the rocks in the centers as well.

Thank you for your blog, and have a safe & happy Memorial Day week-end!
Jay Daniels
Monroe Center, IL

Jay, thanks for the kind comments, and congratulations, you got it exactly right!