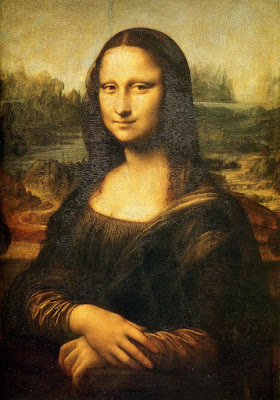 I almost missed the month's version of the Accretionary Wedge, hosted by John at Geological Musings in the Taconic Mountains! I am leaving for the Colorado Plateau VERY early in the morning, and will have very limited web access for the next two weeks. I feel like I will be missing a lot in the geoblogosphere, and fully expect to find a dozen or more geology blogs starting up as students around the country become inspired by their time in the field. I will be anxious to see what comes up in the next few weeks!

The Accretionary Wedge topic for the month, Geology and Art is a great one, and one that deserves a great deal more thought, but with the crush of packing, I can only offer a couple of thoughts off the top of my head...
The best geology-related song: Landslide by Stevie Nicks and the Dixie Chicks (and probably others). I love the song on the merits, but it is nice to see a geological process used as a metaphor for drastic life changes.
"I took my love, I took it down
Climbed a mountain and I turned around
I saw my reflection in the snow covered hills
till the landslide brought me down....
Well, I've been afraid of changing
'cause I've built my life around you
But time makes you bolder
Children get older
I'm getting older too"
I guess I must be a little sentimental these weeks, having reached my fifties, and watching my son walk down the aisle with his wonderful new wife, and watching my daughter achieve success in her field, even if it isn't geology ;).
The Best in Painted Media: The Mona Lisa by Leonardo Da Vinci
My wife, the art teacher, tells me that Da Vinci was one of the earliest painters who made effective use of natural settings in his art. So much is going on in the painting of the Mona Lisa, including the rocky peaks and meandering rivers. I am not all that well-versed in art, although in my travels with my wife, I have certainly developed an appreciation for art history, just as she has developed an appreciation for geology. For that matter, so did Da Vinci.
We had the privilege and opportunity a few years back to see the Louvre, and because we arrived very early in the day, we were able to linger in front of the Mona Lisa for much longer than would be normal for such an iconic image. It was a moving experience, one of many in the three days we had in Paris.

It has nothing to do with anything else, but did you know there is an entire 12th-century medieval castle buried underneath one of the wings of the Louvre, and that it has been excavated to the extent that you can walk around and through it? I had no idea when I walked into the museum that I would be exploring a castle too!
Posted by Garry Hayes at 10:13 PM

Have a good field trip!

A great painting - would have never thought of it for the landscape background - and a great song, one of my faves. (And welcome to the fifties.)

This reminds me of when -as a geology student - I went to see Thelma & Louise with a friend who was learning to fly. He spent the whole movie looking at the clouds, and I spent the movie admiring the rocks in the background. I don't think either of us paid much attention to the storyline!