There's No Place Like This: Celebrating 100 Years of America's Best Idea 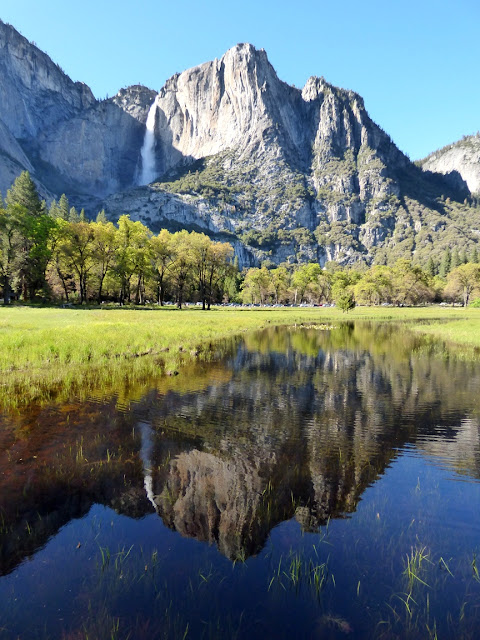 It's something that you hear once in awhile in a crowd of people seeing Yosemite Falls for the first time. You'll hear it from people seeing a geyser explode from the ground in Yellowstone, or gaping at the vast expanse of the Grand Canyon in Arizona. There are other places where you won't hear those words, because you won't be standing in a crowd of people. It might be while standing in a grove of 4,000 year old Bristlecone Pines at Great Basin National Park, or in an isolated slot canyon cut through the Navajo Sandstone in Grand Staircase-Escalante National Monument, or watching California Condors from a windswept ridge in Pinnacles National Park. You won't hear it, but you will think it. Because there is no place like this, our national heritage of parks and monuments in the United States. It was our best idea as a nation, the idea of saving in perpetuity the unique landscapes that are like no other place on Earth. 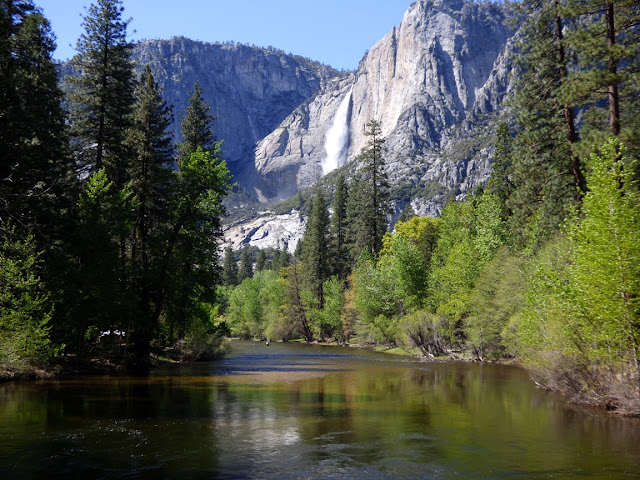 I was out there in Yosemite Valley yesterday along with tens of thousands of other people, conducting a field class on the geology of the park. The traffic jams recalled the worst of our cities, and people were everywhere, taking in the best waterfall show in nearly half a decade. The four year drought has taken a toll, but there was enough of a snowpack this year that even the unnamed cascades were booming with water.

One can argue the particulars, but the idea of a national park began here, in 1864. The valley was discovered by Europeans in 1851, and the reported wonders of the place caused Abraham Lincoln to cede the valley to the state of California with the proviso that it be protected for all time. In 1876, the first official national park was established at Yellowstone, while Sequoia and Yosemite followed in 1890. The 1906 National Antiquities Act gave the president the authority to establish national monuments without the approval of Congress, and in 1916, a government agency, the National Park Service, was established to administer the growing numbers of parks and monuments. The Park Service is celebrating their centennial this year. 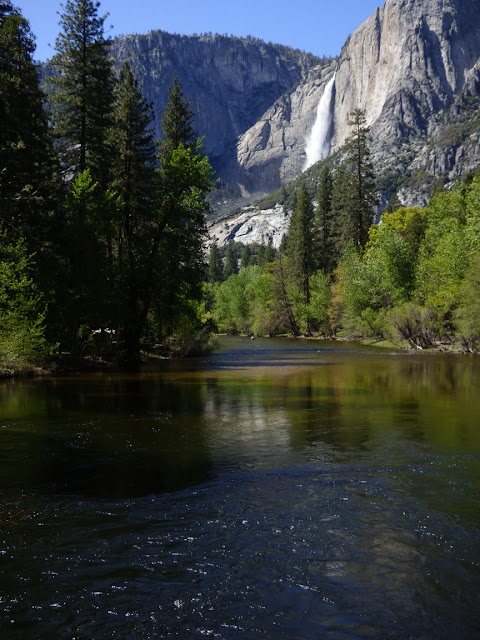 Seeing traffic jams in this precious place causes me to worry that we might be loving our parks to death, but in the larger picture, we simply need more parks to accommodate those who want to know what is unique and beautiful about our country. And we need those parks to protect what is left of the natural ecosystems of our land, the patchwork of habitats and migratory paths that protect the animals and plants that are also unique to our country. President Obama will have a significant place in our country's history, having presided over the first true attempt at national health care, and for shepherding our economy through the worst recession since the Great Depression, but he will also be remembered for establishing more land as national monuments than any other president (President George W. Bush declared a larger monument, the Papahānaumokuākea Marine National Monument, which is the size of Germany, but it is mostly ocean). The monuments weren't piecemeal random choices. Many of them linked critical ecosystems, such as those in the California desert from the San Bernardino Mountains to Joshua Tree National Park and the Mojave National Preserve. In many ways these monuments will be his greatest legacy, and greatest gift to our nation. 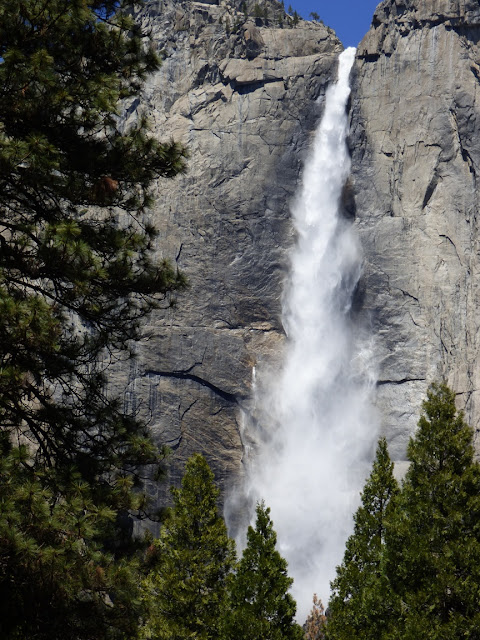 Yosemite was crowded on Saturday, even overcrowded. But even on the worst of such days, there are places of serenity and quiet beauty. I sent the students out to explore for a few hours, and walked the north part of the Valley Loop trail and in one mile-long stretch I saw but two hikers and a small party of birders with a Yosemite Conservancy guide. It was lonely enough that I gave thought to how many mountain lions lived in the valley, and where they hung out! But that short hike is only scratching the surface. Yosemite Valley covers about seven square miles, but Yosemite National Park protects more than 1,000. There is a lot of wilderness to be experienced, more than enough for a lifetime. Most of our national parks offer similar experiences.

If you have not made a habit of exploring the lands of our national heritage, I hope you will make it a priority in your life. Your life will be richer for it. If circumstances dictate that you can't spend time in these special places, I hope you will read about them, or watch wonderful documentaries (start with Ken Burns' series The National Parks: America's Best Idea). You could even read geology blogs about such places! It's like learning our country's history; you can't stand with our soldiers at Valley Forge or Gettysburg, you can't step onto the Moon along with Neil Armstrong, and you couldn't march with Martin Luther King, but you can learn from all these historical events, and make better decisions for our country's future. 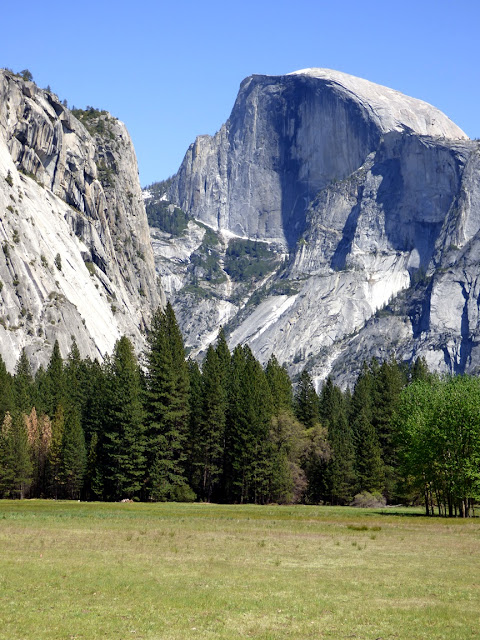 There were so many forces arrayed against the idea of our national parks, and there still are. If we had let these people use the land for monetary profit, there would be no old-growth rainforests on the Olympic Peninsula in Washington, and there might be no Sequoia trees or Coast Redwoods in California (we cut down more than 90% of the original forests anyway). There might have been tramways to the valley rim at Yosemite, and geothermal development causing Old Faithful to no longer erupt. The Grizzly Bears and Bison would be gone, as would the wolves. The ruins of Mesa Verde and Chaco Canyon would have been torn down by pothunters. The petrified wood at Petrified Forest would be gone.

Make no mistake. Our lands our still under assault. There is an ongoing effort to build a tramway to the bottom of the Grand Canyon, and a huge new city on the South Rim of the same park. There are plans to mine uranium just a short distance from the park boundary. There are people who believe that our national heritage lands should be turned over to the states for private development such as at Malheur National Wildlife Refuge. Thankfully the worst of them are in jail right now, but there are many more such people out there. Maybe worst of all, there are politicians in Congress bought and paid for who are trying to make these things happen.

And there are vandals. A story has made the rounds this week of several despicable individuals by the name of Staten and Andersen who left massive carvings in one of the most beautiful arches in Arches National Park. One might as well spray-paint Da Vinci's Mona Lisa, and carve your name on the Last Supper. Once defiled, these precious places can never be the same, and the vandals have stolen something from all of us. 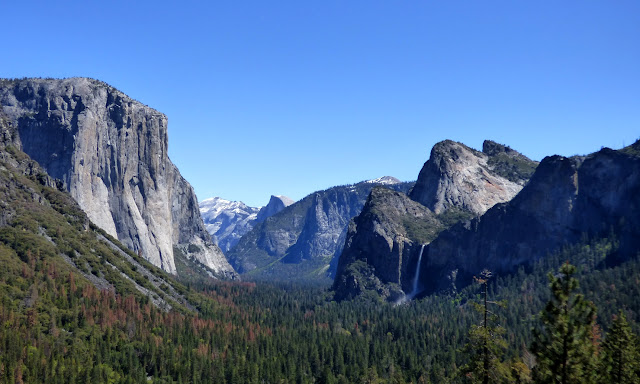 These places belong to us all. Protect and cherish them. There is no place like them in the world.
Posted by Garry Hayes at 10:01 PM

We simply need more parks to accommodate those who want to know what is unique and beautiful about our country!

The new entrance Arches with the almost mile long frontage road often fills back to US191. Frequently all legal parking in the park is full. The park service has done survey and study after survey and study to solve the problem; and you've done it in one sentence.

As someone who has come to love these places, 37 of the 59 and countless other Monuments, Rec Areas, Seashores and the like...