Transit of Mercury across the Sun 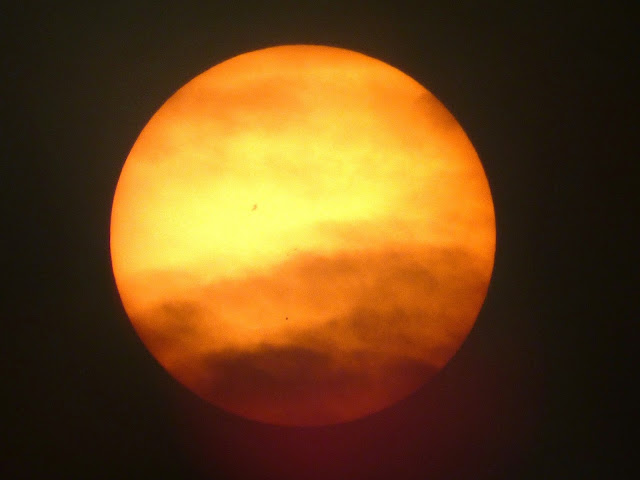 I got up early to catch the transit of Mercury across the face of the Sun, and was almost frustrated. My idea of  perfection would have been to catch the disk of the sun rising against the peaks of the Sierra Nevada, but the last cloudy remnants of yesterday's storm prevented that from happening. I had driven several miles to get a good vantage spot, but in the end, the sun only came out of the clouds when I was back in my own driveway. As the sun emerged from the clouds, I got an interesting shot of the clouds across the face of the sun, along with Mercury (lower arrow) and a prominent sunspot (solar storm). 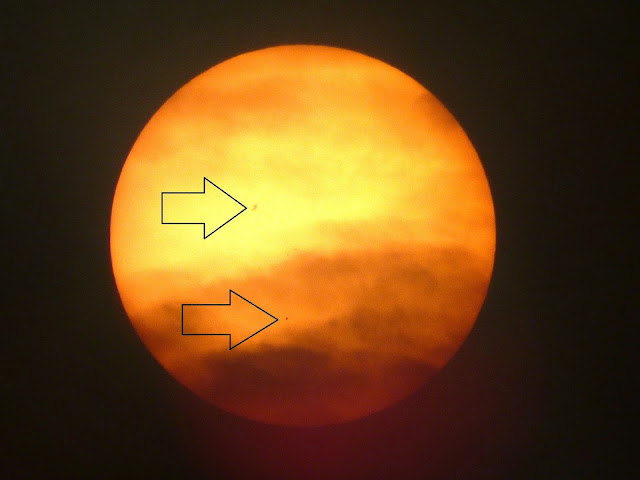 The Sun soon cleared the clouds and I got a more normal shot that is less dramatic, but the nice thing with a good clear shot is that you can crop and magnify it. 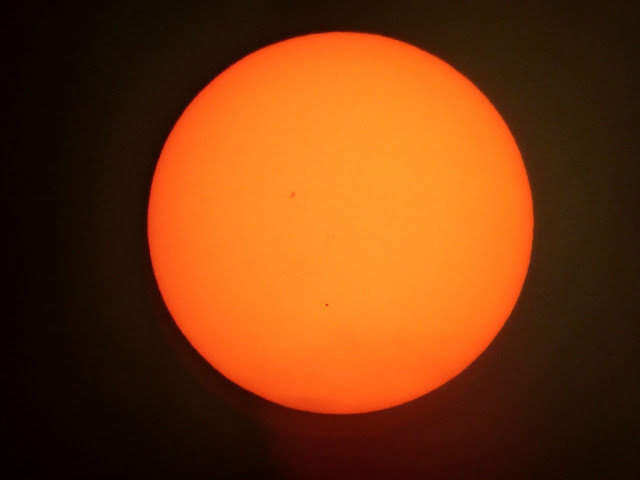 Mercury is the smallest of our "regular" planets, and is even smaller than it appears in the photographs because it is around thirty million miles closer to us than the sun. It's actually not all that much bigger than our own Moon. The planet has been a bit of a stranger for most of time because it is hard to see in the dusk or twilight, and we've only had two space probes come close. Luckily, one of the probes has been orbiting for the last several years, so we have a treasure store of data on the planet. It was the subject of one of my very first blog posts back in 2008.
Mercury only transits the face of the Sun a few times in a century. This is the second transit I've ever captured. The transit of Venus is an even rarer event, but one took place in 2012. Here is my shot of the event.
I hope it is needless to say, but DO NOT TRY TO LOOK AT THE SUN OR THE TRANSIT WITHOUT A FILTER (I was using a telescope filter over my camera lens). You can be blinded looking through a telescope without protection. Do you remember starting a fire with a magnifying glass? Just imagine that happening in your eye.
Posted by Garry Hayes at 7:37 AM

Check the news for pupfish

Yeah, saw it and forwarded the plea for help. It enrages me.