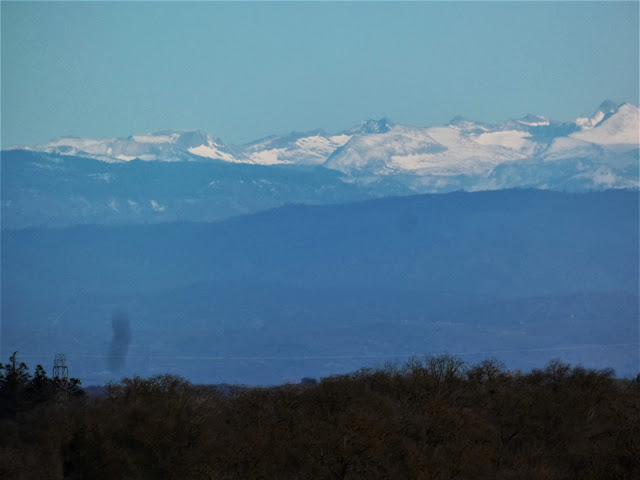 It was one of those rare days of winter in the Great Valley of California. Recent rains have tamped down the dust, and gusty winds chased away the omnipresent haze. As a result, I was treated to a view of the mountain range that I live next to, but rarely see: the Sierra Nevada, John Muir's Range of Light. It is such a rare view that I have to realign my internal geography to recognize the peaks on the skyline. It's a special view, though. Almost all the high peaks lie within Yosemite National Park, one of my most treasured places. 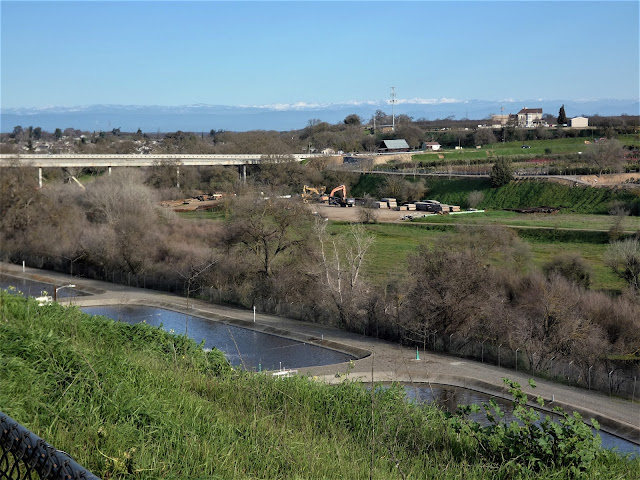 I hike almost daily on the Tuolumne River Parkway Trail which climbs a short bluff to bypass the town's small water treatment plant. On clear days I am treated to a view towards the Sierra Nevada to the east, and a portion of the Diablo Range of the California Coast Ranges to the west. The most distant peaks, Mts. Lyell and Rogers Peak, are 80 miles away as the crow flies, so the initial peak identification is daunting. The distinctive shapes of the peaks are clearer at extreme zoom, so in the top picture I can identify Mt. Maclure on the far right, Mt. Simmons near the center, and below Simmons, almost invisible, the summit portion of Half Dome in Yosemite Valley! Cal Topo has a marvelous tool for identifying landmarks, as you can see below.Mt. Clark and Gray Peak are the prominent peaks in the picture below. They are part of the Clark Range, a high spur that lies a number of miles west of the main Sierra Crest. 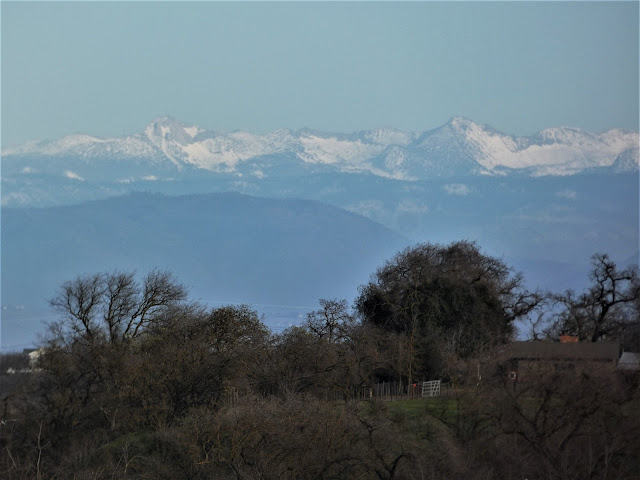 The next picture reveals the peaks south of Maclure. The three prominent triangular peaks (properly called glacial horns) from left to right are Mts. Maclure and Lyell, followed by Rogers Peak. Rogers is the only peak that is actually on the Sierra Crest, although Lyell is only a fifth of a mile away (the crest being defined as the ridge that separates west-flowing stream from those flowing east into the Owens Valley). 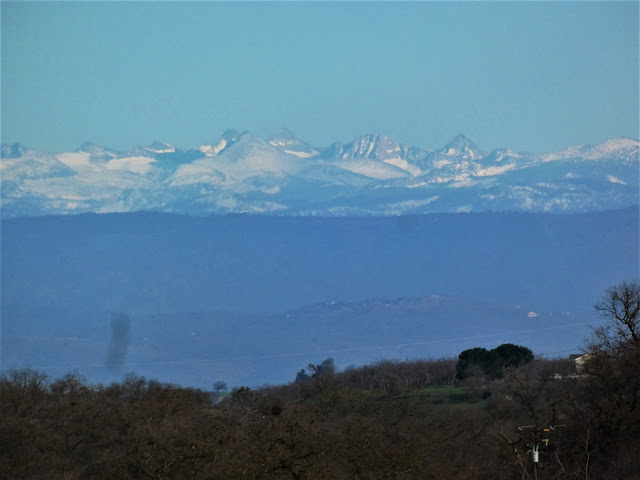 The last picture reveals Merced Peak (under the left side of the bird flock). It is part of the Clark Range. The Tuolumne River flows in the foreground. 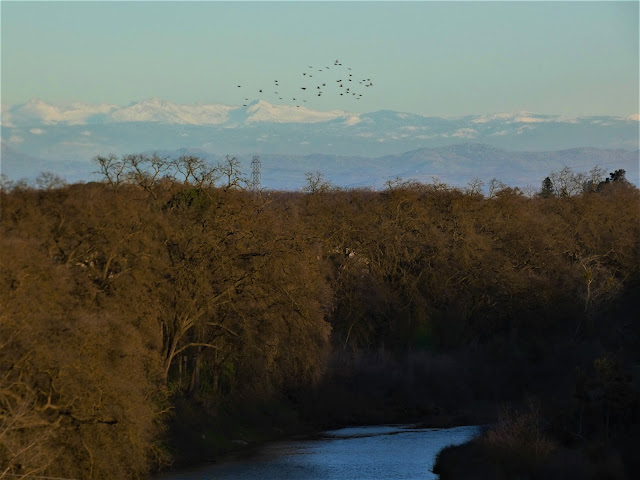 The cabin fever resulting from pandemic isolation and winter conditions in the mountains is intense. I'm really looking forward to a chance to get back up into the mountains come spring and summer. But it is always nice to get a reminder that the mountains are there.

Hopefully this doesn't lead to another round of "You can't see Half Dome from the Great Valley!!!!!!"

Otherwise I hope this ends soon for all of us.

Also, do you get good views of the coast ranges from your spots in the valley?