Fall in California: On the Way to Yosemite Valley 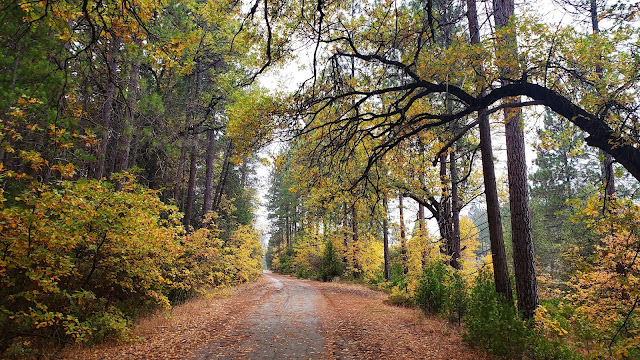 Have you ever felt a sense of joy that could hardly be contained? It doesn't happen much in life, and when it does, don't you wish you could hang onto as long as possible? That's about all I can say after our brief sojourn in one of our most precious national parks these last two days. 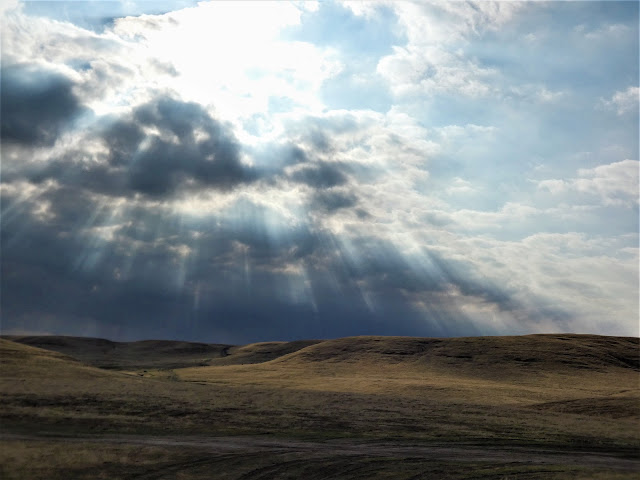 Pretty much on a whim Mrs. Geotripper and I decided to take a time out from work and spend a few days out of the Central Valley up in the Sierra Nevada. I hadn't paid too much attention to reports from Yosemite Valley, but I figured being early November that most of the fall colors would have been past their prime, but we figured that one can never really have a bad time in the mountains, no matter the time of year. We headed up Highway 120 towards the Big Oak Flat entrance to Yosemite National Park. The sun put on quite a light show as we passed through the prairies beyond Knights Ferry. 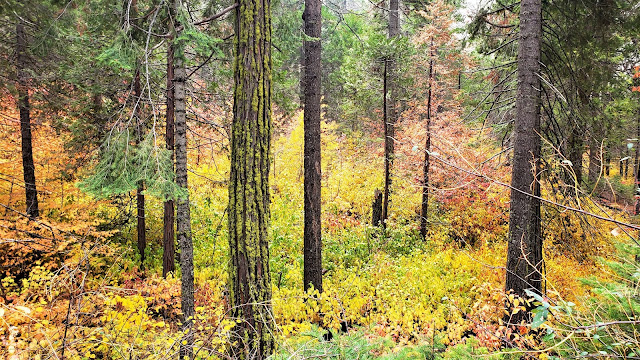 I pretty much forget every year that fall colors are not so much a singular event as much a process that unfolds over many weeks. The Aspens in the high country may have burst into bright gold and shed their leaves, but in the middle-altitude forests the Dogwoods and Black Oaks were just coming into their most colorful time. We were mesmerized and stopped at practically every pullout to stare at the kaleidoscope of colors. 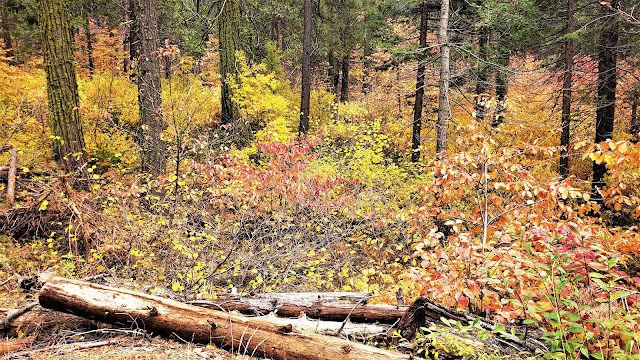 And as tragic as the California wildfires have been, I learned of at least one benefit that becomes apparent at this time of year. Several stretches of Big Oak Flat Road burned in recent years, removing the thick forest cover of conifers. They've been pretty slow about coming back, but the oaks sprouted from the roots and covered the hillsides with shrubby young trees that had turned bright orange as you can see in the picture below. 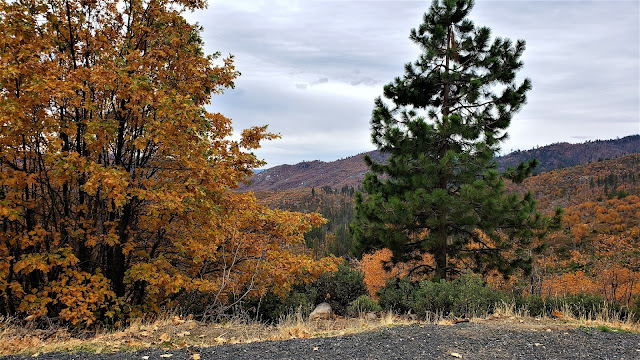 A close look at some of the leaves reveals that insects have been busy building fat stores for the coming winter. 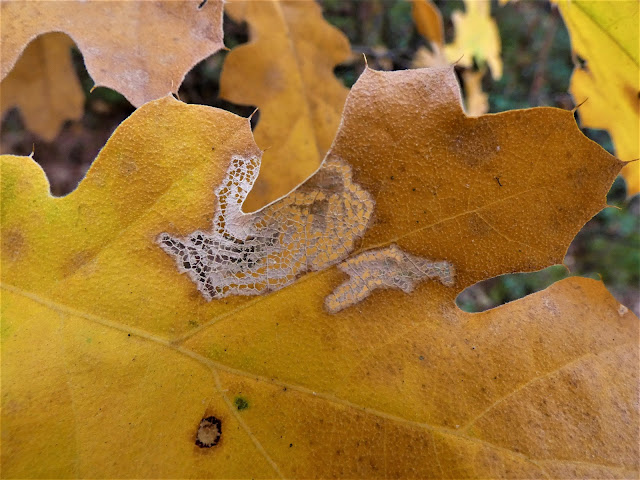 We entered the park and continued to stop at every bright display of color. Half the day had passed, and we still hadn't reached Yosemite Valley. We were just SO distracted! I almost missed the first look at the valley because not a single car was parked there. We took a moment to view Half Dome and El Capitan and then continued down the highway into the Merced River canyon. 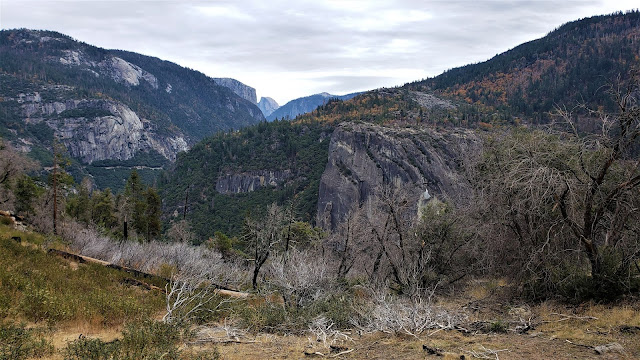 We continued to be distracted by the colorful displays along the road, but we finally reached the valley floor. 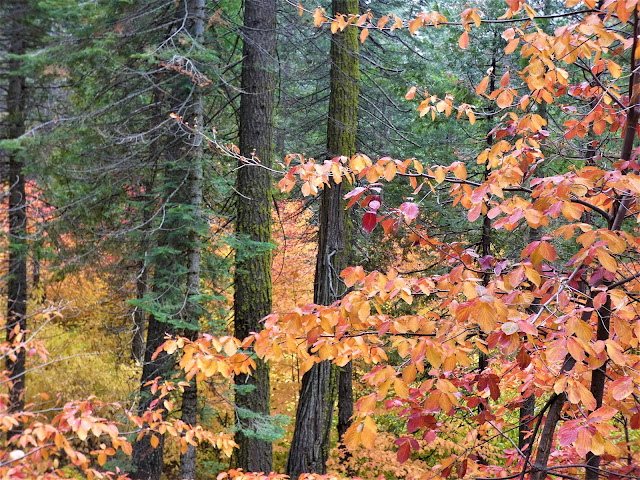 I rarely stop at Fern Spring at the west end of the valley because there's not a whole lot to see because of the thick forest, but the forest turned out to be the attraction this time. I jumped down the slope to the Merced River and something was very different, something that I had never really seen before: the river was flowing! In these dry years by late October the Merced River is flowing at a mere dozen cubic feet per second or so. But not today; the river was splashing along as if it were early spring rather than the end of the most deadly drought year in history. The record-breaking storm of the previous week was still draining out of the high country where two or three feet of snow had fallen. It was an astounding sight, and I realized that our time in valley might be something special.
So we moved on up the road into the valley itself, but that is a story for the next post! 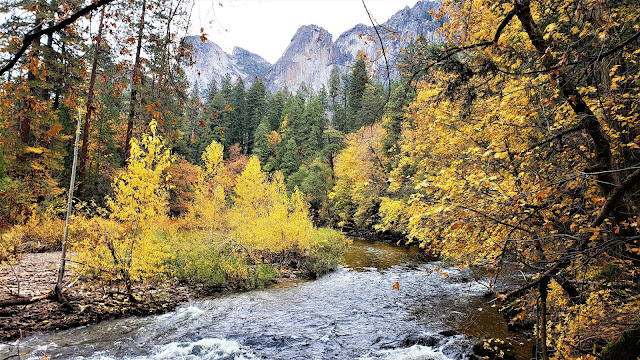