Sure It's Safe...Until It Isn't. Don't be a Scour Critical Bridge


It's a bridge. Just like tens of thousands of other bridges across the country. It was pretty modern when I moved to my little town in the Great Valley of California. It crosses the Tuolumne River about 12 miles upstream of Modesto, and it's a fairly important transportation corridor that carries a lot of traffic including heavily loaded gravel trucks from the quarries upstream. And it's home to dozens of White-throated Swifts, European Starlings, and apparently 6,000 bats!
But I've been here for 30 years, which means the bridge is more than half a century old, and...it has a problem. A serious problem, a major vulnerability. In fairness in case you are worried, there's no disaster coming later in the post. The bridge didn't collapse or anything. But time (and a couple of major floods) had revealed an important structural deficiency. It is a "scour critical" bridge. You really don't want a bridge that is scour critical. It is the underlying cause in more than half the bridge failures in the United States.

The picture above was apparently taken in 2017 when the river last flooded (I kind of miss the days of too much water compared to what we have now). Notice how the columns are all under water. There are some pretty powerful currents coursing around the bridge supports. 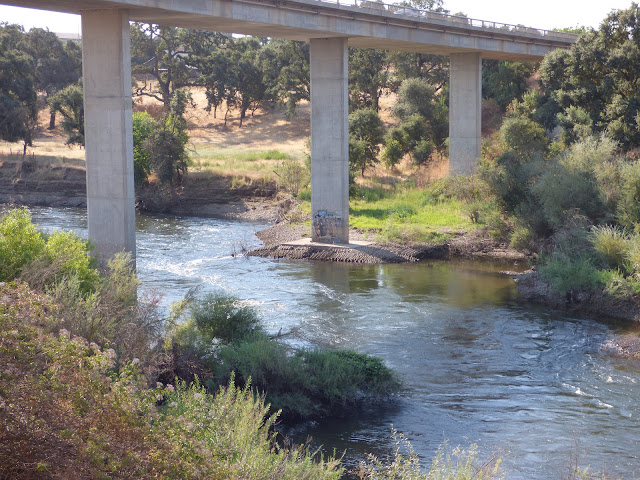 Now, take a look at the bridge in low-water conditions (above and below). The columns supporting the bridge are connected to concrete pads. The foundation extends 16 feet into the ground, which consists mainly of loose river sediment (although there may be some fairly solid sandstone too, but I don't have access to the geological reports from the engineers for this project).
Major floods in 1997 and in 2017 apparently scoured out much of the sediment surrounding the columns, and threatened to destabilize the entire bridge (I recall the bridge being closed for many days during both floods). 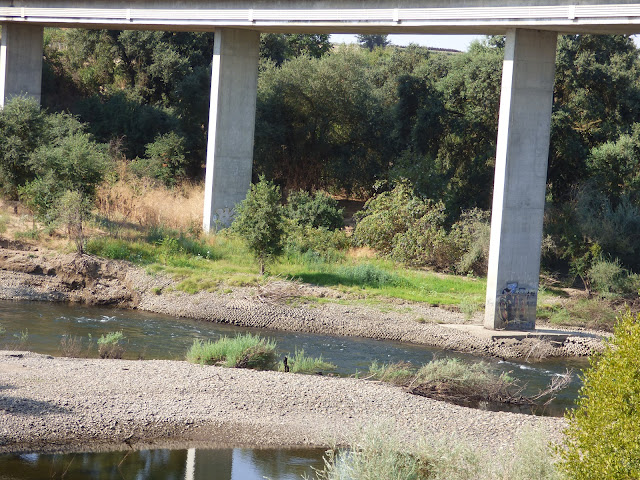 The problem became pronounced enough that an attempt was made to reinforce the foundation with concrete Tetris blocks (below). 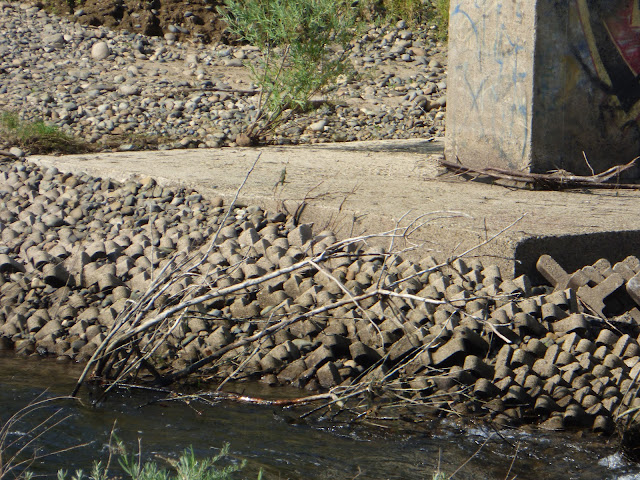 As I became aware of the problem, the old bridge began to look more and more delicate and fragile. I had been driving over the bridge for three decades without giving a second thought to the safety of the span, and did not learn the details of the threat until signs suddenly appeared on the river trail announcing the closure of a section of the trail for the next three years (in 2019), and a bunch of beautiful old oak trees were unceremoniously chopped down. They were beginning construction of a new bridge. 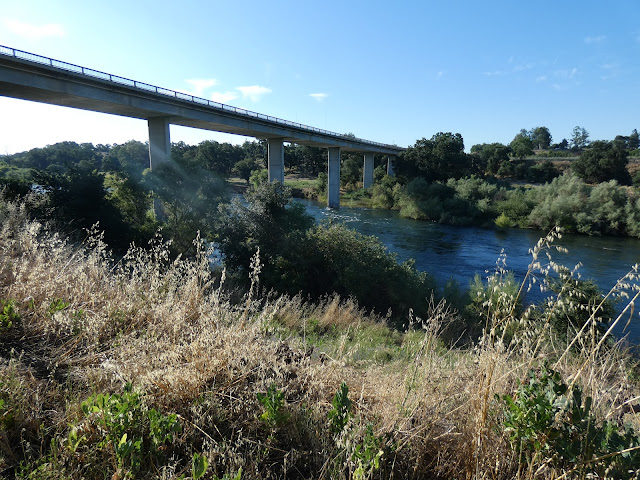 The construction crews quickly built a temporary trestle just above river level (betting against another 100-year flood during the construction period). It was strong enough to hold up to three gigantic cranes at once. The new bridge is going to be wider with bike lanes and a pedestrian walkway (the old bridge was rather terrifying to walk or bike across). But most important, the bridge will be supported by pairs of columns that will extend more than 100 feet into the riverbed and into the bedrock below. Scour will no longer be a serious threat. 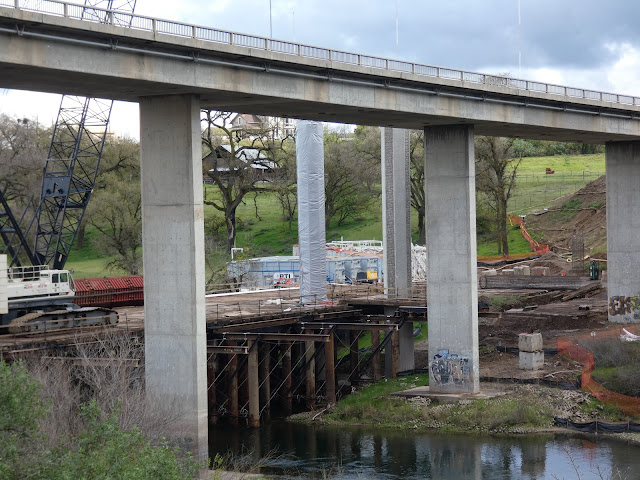 The new bridge was constructed rather quickly all things considered, and is opening for business just three days from now. The old bridge was shut down permanently about 10 days ago. The photo below is a webcam image from November 17.

The bridge is going to always have an odd alignment, as it would have been economically disruptive to remove the old bridge first and then build the new one over a three year period. I am now extremely curious how they will proceed with the demolition of the old bridge. There is nothing in the promotional materials that indicates how they will do it. It seems unlikely that they'll blow it up, considering the proximity of the new bridge to the old one. Their timeline suggests six months or so to accomplish the task. Geotripper will be there to report if anything interesting goes on! 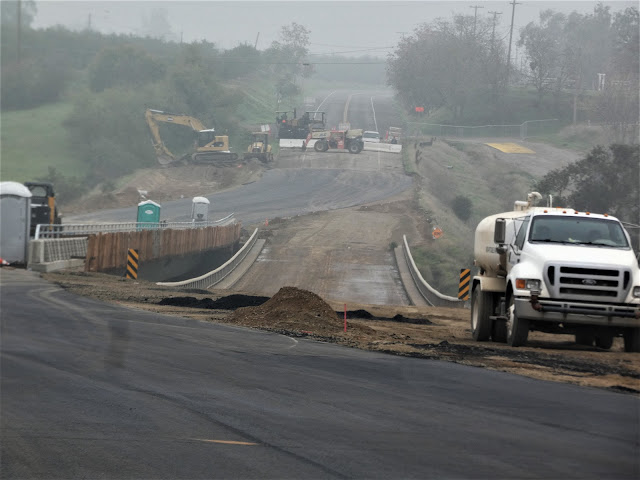 When I photographed the bridges side by side the other day, I was struck by the degree to which the old bridge sags. I had never really thought about it before, wondering if that was originally part of the plan, or did it 'sink' a bit over the years. It bothers me a little not knowing the answer!

There was a huge political scuffle over the infrastructure bill that was recently passed into law over the objections of one major political party (they even want to punish the 13 members of their party who voted for it),. There are tens of thousands of structurally deficient bridges all across our nation that are 'safe until they aren't safe'. This particular bridge didn't collapse as it could have, but there are many, many others that are more dangerous than we collectively think. We drive over them every day, never knowing about the cracks in the concrete, and the rusting superstructure that holds the bridges together. This new investment in our country's infrastructure should have been implemented years ago, but I'm glad we got it through when we did. We deserve better from those who would 'serve' over us.

Until your photo I had never noticed the sag either.
Funny how things become part of the view & you don't really see them as they are.