Travels in Cascadia: The Toughest Hike I'll Ever Do...Stawamus Chief in British Columbia 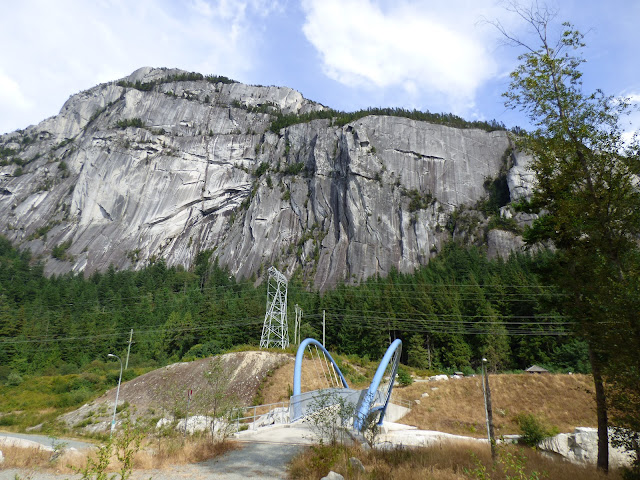 Note that I didn't say the toughest hike YOU will ever do. Every hiking experience is individual, and this one left me...breathless. Stawamus Chief is one of the most popular hikes in the Vancouver-Squamish region of British Columbia, and when we passed through the area last July, I knew I needed to give it a shot.

Stawamus Chief is a granite dome that rises more than 2,000 feet above the east end of Howe Sound, the southernmost fjord on the west coast of North America. The dome actually has three summits, the 1st, 2nd, and 3rd, and the trail climbs to the first summit in a little over a mile. That doesn't sound so bad, does it? 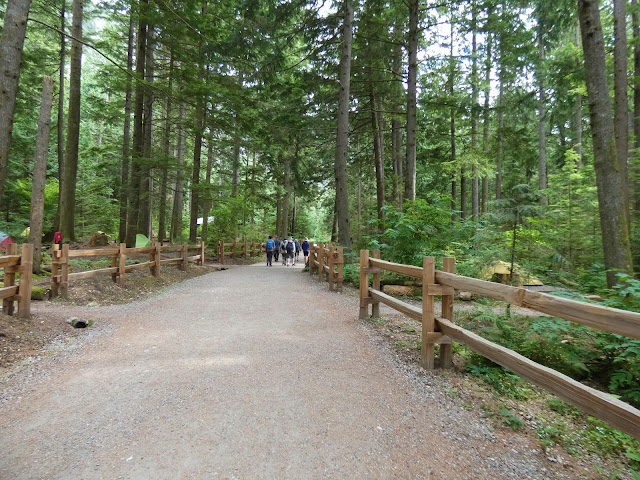 The beginning of the trail is pleasingly flat, rising gently through the Stawamus Chief Campground. The wide flat trail offered no clue about what would follow. I know it sounds dramatic, but from the moment one takes the first step upward as the trail starts the climb in earnest, the trail is relentless and steep. 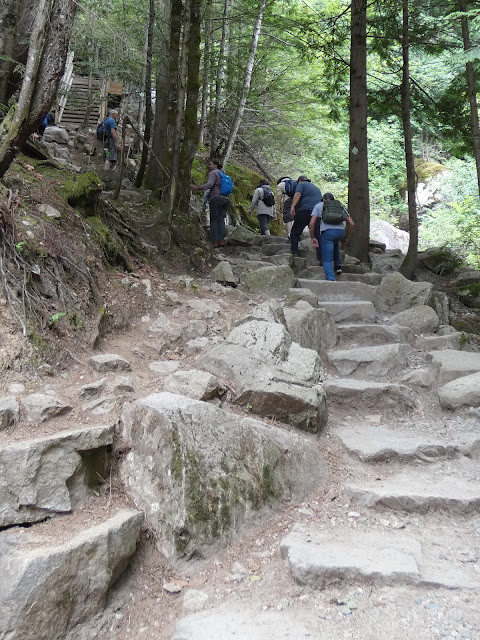 Some of the steps are on wood stairwells, but the rest of them are large uneven stone blocks that I found challenging. And there are no breaks. Many trails are steep, but most all of them have short breaks were the trail is level for a few steps. Not this one. It never stops climbing. 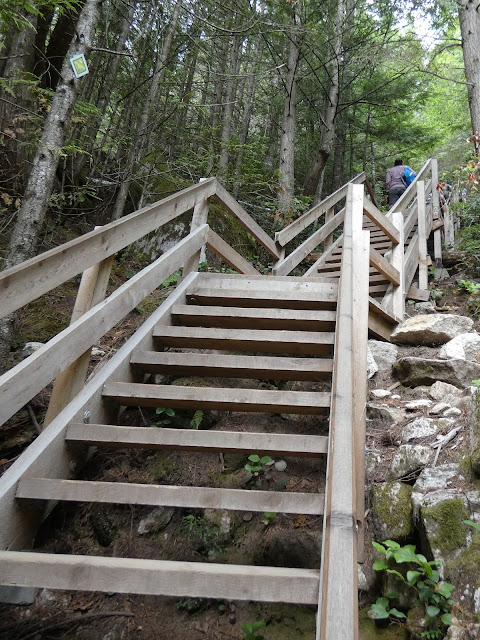 I climbed higher and higher, and grew more exhausted with each step. The thought was slowly building in my head that I was no longer young, and that some trails were simply too tough for overweight 60-somethings. But then another thought immediately followed: this quite probably was the only chance I would ever have at making the summit. Who could know if I would ever be here again, and with time marching on, my ability to climb would no doubt degrade with age. It was probably the toughest hike I would ever do (in the future sense). I decided I had to do it, and kept going. And going. 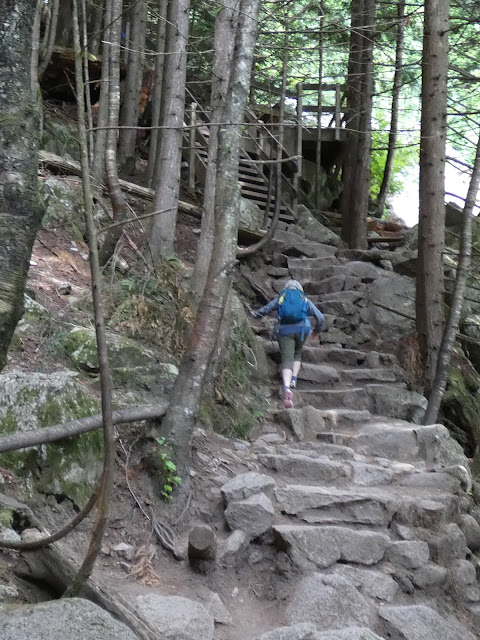 Everyone's experience will differ, of course, and some younger and healthier people would not have that much of a problem on this trail. Part of my own worries weren't so much the climb, but the descent. All of those huge steps had to be repeated, but going down, and I worried about the impact on my knees and ankles. But I had already come so far. 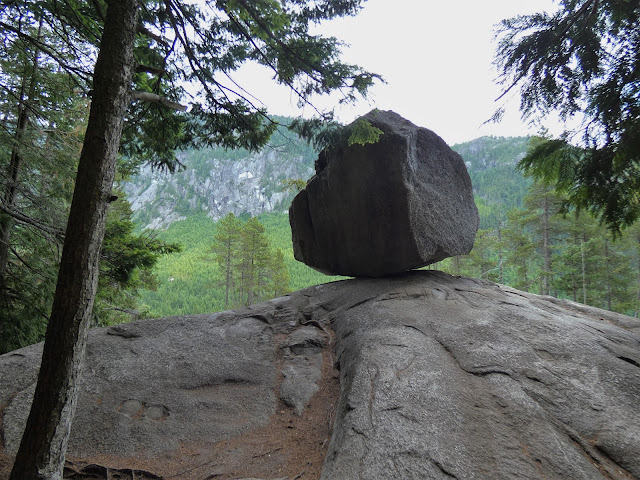 Stawamus Chief is a granite dome, and the resemblance to Half Dome in Yosemite Valley is unmistakable. One of the things about Half Dome is that it was never covered with glacial ice. The dome took it's iconic shape from exfoliation of the outer slabs of granite. The corners and edges snapped off as the pressure of burial was released upon exposure to the surface. Glaciers at the base quarried away the fallen rocks.

Stawamus Chief was different: as I approached the summit, a most unusual rock emerged from the trees. It was a boulder perched on a granite platform. It was a classic example of a glacial erratic, a rock left behind as the glaciers that flowed over this surface melted away. Unlike Half Dome, the summit of the Chief had been covered by glacial ice. And not just a little...the ice here was over a mile thick! 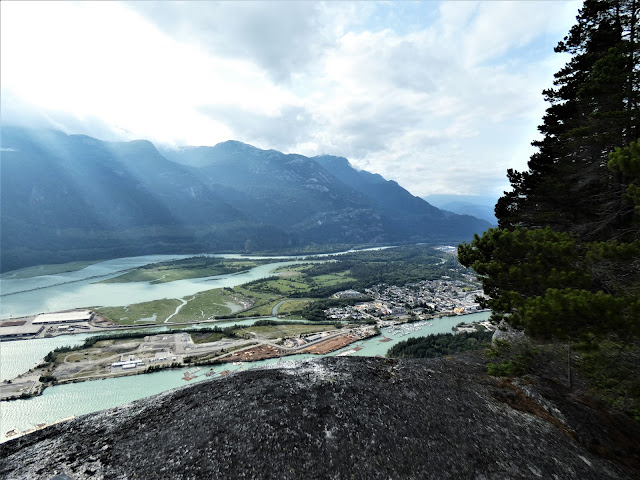 In the end, I didn't make the true summit. The young men in our group reported that another twenty minutes and 200 feet of hard climbing remained ahead. I just wasn't up to it. But I did make it to the summit ridge, which provided a stunning view of the eastern end of Howe Sound. From this elevation, the glacial origin of the fjord was obvious. And I was happy to be where I was. Elated, even. And thrilled to be alive (literally!). 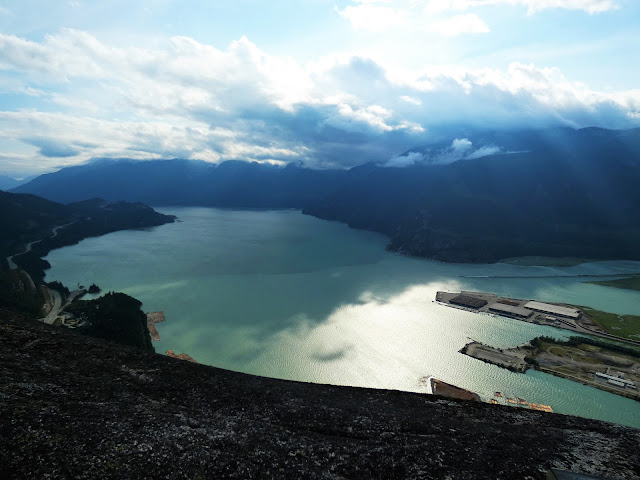 The knees and ankles took the expected pounding on the way down, but no lasting damage was done. I would live another day, and take on the next challenge. It could well have been the toughest hike that I would ever do (in the future sense; I've done some really tough hikes over the years), but the neat thing about life is that you never know what comes next. Maybe I won't do this trail again, but there are many other trails and challenges ahead. Again, that sounds dramatic, but finding one's limits is always an exercise in drama. 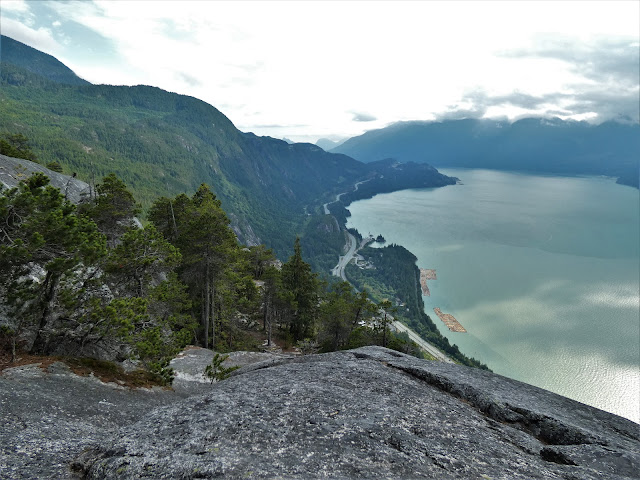