Seeing Volcanoes from the Inside Out: A Visit to Castle Crags State Park in California 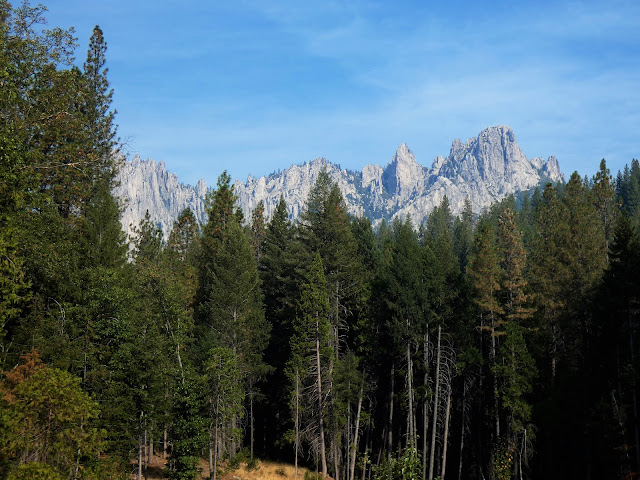 We recently completed a rather awesome trip to study the volcanoes of California, most particularly those that are found in the northern part of the state. Nearly all of our sites were the result of recent volcanic activity like Mt. Shasta, Lassen Peak, and Medicine Lake Highland, but our first visit was unique: we were exploring a volcano from the inside out!

It's not easy to visit the underside of a volcano when you think about it. The magma chamber that feeds the volcano may be four or five miles underground, and the temperatures and pressures are far, far beyond the abilities of human technology to conceivably hope to visit any time soon (there is that Unobtainium that was used in Avatar and The Core, but folks might be surprised to find it doesn't exist). About the only thing we can do is be patient. Really, really patient. First, we need to let the hot magma cool down slowly, a process that may take tens of thousands of years. Then we need to wait for a mountain-building event to cause the crust to be uplifted several miles, and then wait for the forces of erosion to remove all of the overlying rock. That's a bit longer, at least several tens of millions of years. But once it's done, the magma chamber will be sitting there, exposed for all to see. Luckily for us, this exact sequence of events took place in the Klamath Mountains of Northern California, just a few miles away from Mt. Shasta. It's a state park called Castle Crags. 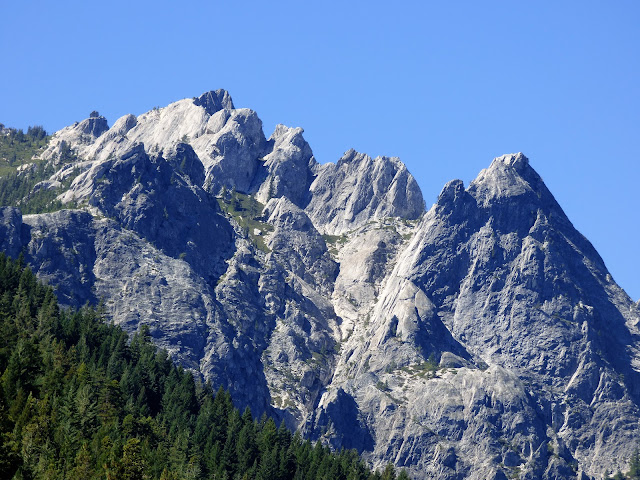 The first view of Castle Crags is dramatic. Driving north on Interstate 5, one is treated to miles of forested hills, but at Castella the hills give way to sheer cliffs and spires of granitic rock. The granitic rock exposed in the Crags is the visible evidence of a magma chamber that once fed volcanoes in the along the western margin of North America in the age of dinosaurs 165 million years ago.

The sharp spires and rounded domes of the Crags are the result of having a great weight removed. Having formed at depths of four miles or more, the rocks expanded as erosion removed the heavy overlying rocks. But rocks can't expand like marshmallows; they fracture, much like the crust of baking loaves of bread. Vertical cracks are joints. Closely spaced joints promote the formation of the spires and towers of granitic rock. Fractures parallel to the surface are called exfoliation sheets. Exfoliation tends to remove to remove corners and edges, resulting in the formation of domes (Half Dome in Yosemite is a half-good example).

The Castle Crags were also glaciated, but with top elevations of less than 7,000 feet, the glaciers were small, and had less to do with the overall shape of the mountains than jointing and exfoliation. A few small lakes and moraines are found on the north side of the peaks.

We didn't have the time to hike among the trails that reach the base of the crags, but we stopped along Castle Creek to see what's been carried down the mountain by the glaciers and rivers that tear away at the granite. We could also see the more ancient metamorphic rocks that had been intruded by the granitic rock. 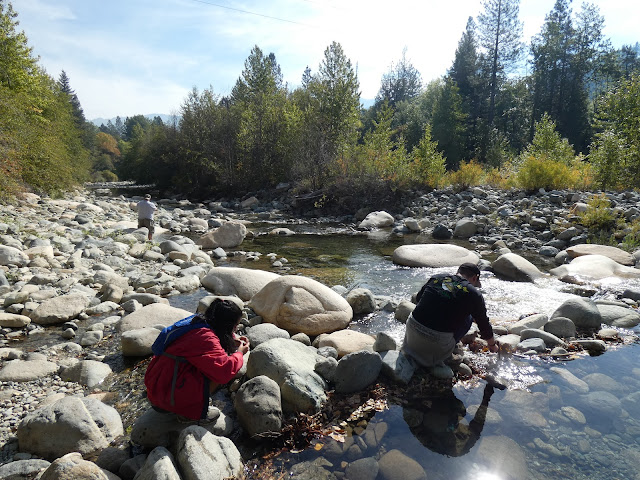 Seen from above (the picture below was taken on a lucky day flying home from Canada a few years back), the Castle Crags can be seen as isolated mass of granitic rock. In our geology textbooks, we find that a batholith is a single intrusion exposed over an area of 100 square kilometers (about 40 square miles). The term can also refer to a vast agglomeration of many dozens of adjacent plutons, as is the case in the Sierra Nevada. There are several of these composite batholiths in the western United States, including the Sierra Nevada, the Idaho, and the Southern California batholiths. The Castle Crags and other small isolated plutons are referred to as stocks. The surrounding rocks are the more easily eroded metamorphic rocks of the Eastern Klamath Terrane (the Trinity Complex). 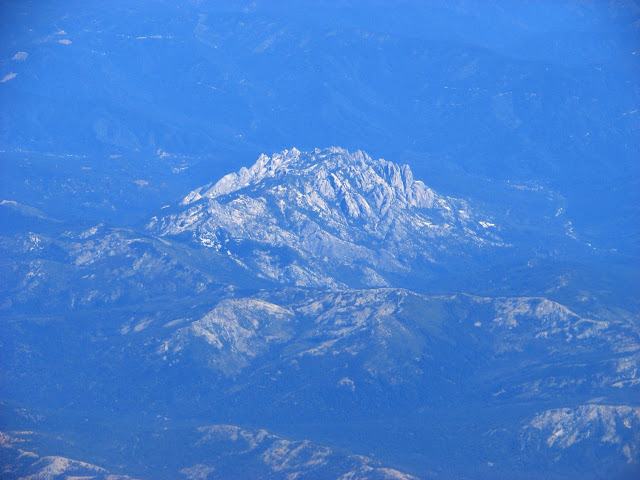 We finished our subterranean exploration of the ancient volcano and headed back to the Earth's surface to find a more modern version of a volcano: Mt. Shasta. More on that incredible mountain in the next post.
Posted by Garry Hayes at 10:21 PM