Every Victory is Fragile, Every Loss is Catastrophic: Grand Staircase-Escalante National Monument 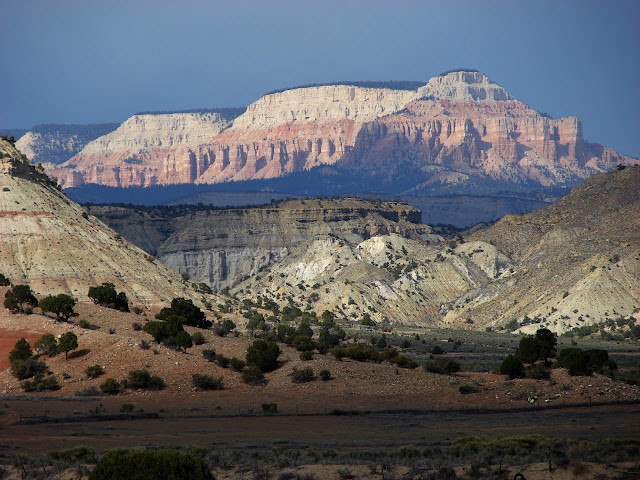 There are times when I hate perspective. I really do. I came of age in the 1970s during that turbulent time when we as a society realized that we were poisoning ourselves to death, that our air was putrid, that our water was contaminated, and that our lands were not infinite. The Wilderness Act of 1964 was not yet a decade old, and new wilderness areas were being established.. A great battle was fought over the wilderness lands of Alaska, and at least in small ways, one came into the 1980s thinking there was some hope for the future. 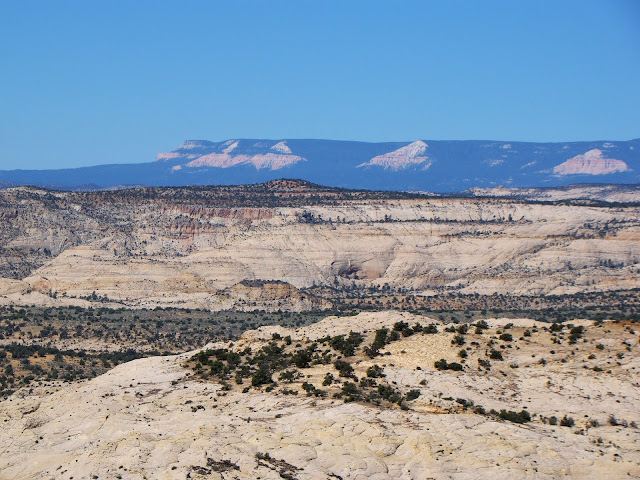 The victories were in many ways illusory. Corporations that contributed to pollution of our air and water made changes, yes, and our air and water got cleaner. So much so that in many cases we came to take it for granted (don't ask Flint, Michigan about this). Wilderness areas were established, national monuments were declared, and one could look to a future where these lands would be permanently protected. 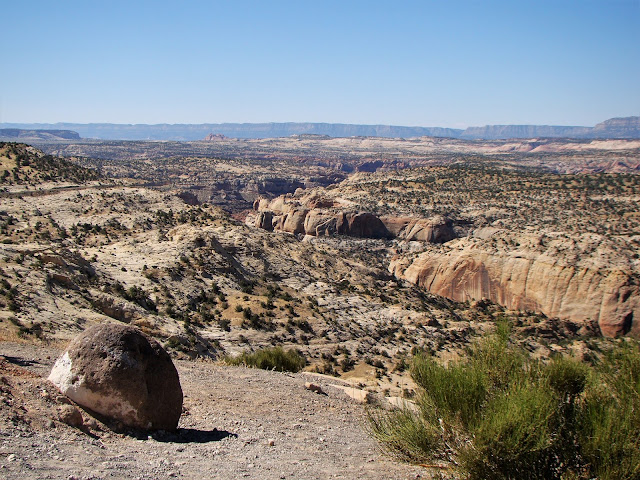 The problem with complacency is that often the opposition is not being equally complacent. The very moment a victory was achieved, when another little corner of the country was "saved", those who lost their potential to profit off of national resources began plotting ways to undermine the victories. They knew how to play the long game, so they paid their political bribes and bided their time. 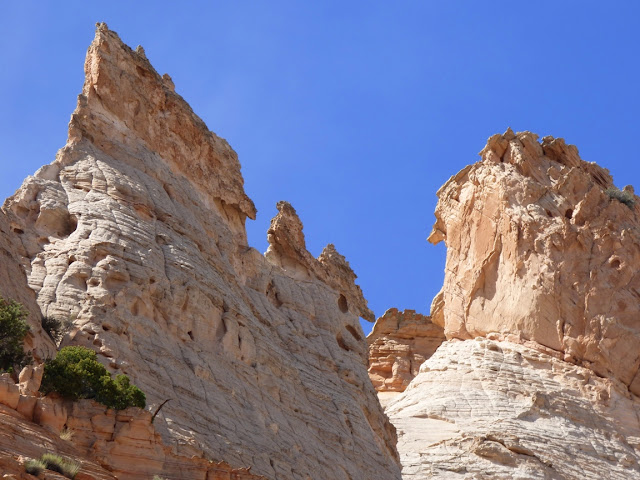 So as I look back on the changes in the last forty years, I start to realize how much we have lost. The rise of population has caused cities to spread into formerly wild lands with horrifying efficiency. Species have been lost and threatened due to loss of habitat world-wide. Old-growth forests continue to be cut down (yes, we need wood, but it can be grown in a sustainable way). And a new threat manifested itself in the thermometers around the planet. Climate change and global warming threaten to overwhelm our ecosystems. So much of the planet's resources are strained to the breaking point. But I hold on to those few places that haven't been paved over, logged, or strip-mined. I find this little bit of hope in the wild places that are left. 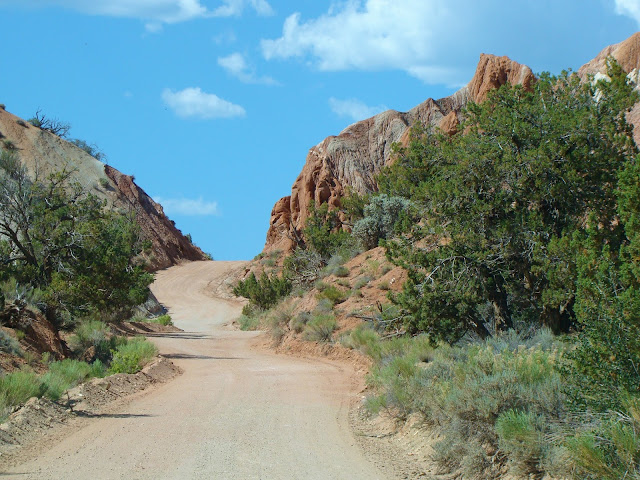 And that is what is so depressing about the events in the past couple of weeks. In 1996, President Clinton used his prerogative under the Antiquities Act of 1906 to put a stop to a proposed coal strip-mine on the Kaiparowits Plateau in southern Utah. He established a national monument, Grand Staircase-Escalante, to protect the plateau as well as the spectacular drainage of the Escalante River, and the unique geologic feature called the Grand Staircase. It was controversial, yes, but it was also farsighted. As geologists and biologists began to assess the resources of the park, they discovered unique treasures. Paleontologists began discovering new dinosaur species as well as a host of other fossilized animals and plants. The uniqueness of this incredible landscape gained wider recognition, and tourists and adventurers tired of the crowds in the small confined parts of Zion and Bryce Canyon National Parks came to love the wide-open spaces of Grand Staircase-Escalante. The local towns and villages, initially disappointed at the apparent loss of jobs, began to see an uptick in their economies, and employment increased in the tourist trade. 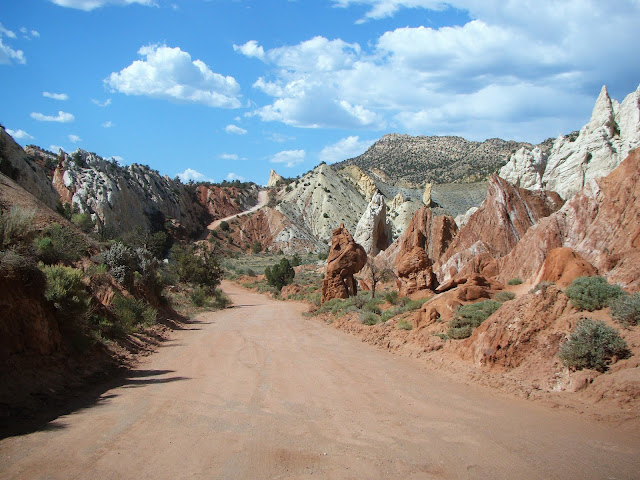 But then catastrophic things happened, culminating in the election of the most environmentally ignorant man ever to hold public office in America. The coal companies, the uranium miners, and the oil drillers had been waiting for the chance to take over the public lands that they wanted for themselves, and they greased the palms of enough politicians to make sure that Donald Trump was convinced to try and rescind the establishment of the monument. There was a sham of an evaluation period that included public comments running 98 to 2 in favor of maintaining the boundaries of the monument. 98%! In a politically divided time, how many issues have the literally unanimous support of our citizens? But it wasn't enough. Interior Secretary Ryan Zinke said flat out that he would ignore the desires of the American people because the comments were part of a "well-organized campaign". Would it have helped if it wasn't organized? 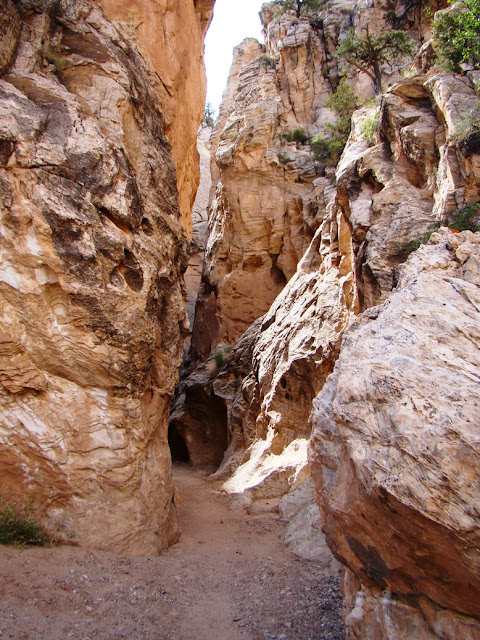 The vultures in the Trump administration are insisting that they will split the monument into three much smaller units, and delete nearly half of the monument from any protection at all. By some incredible coincidence, the unprotected lands happen to be on the site of that prohibited coal mine, as well as uranium prospects, and potential oil drilling sites. Keep in mind that these sites were ignored and unutilized for a century before Clinton made his proclamation official. But on an even more fundamental level, what justification exists to give over precious public lands, under legal protection for twenty years, over to the profit for a handful of people? Here's a hint: there is none. These lands belong to all of us, and 98% of us say "no". 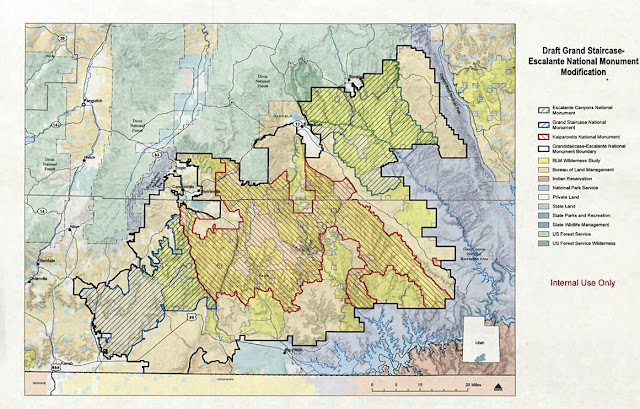 The attempt by Zinke and Trump to steal our lands, both here at Grand Staircase-Escalante and at Bear's Ears, as well as the other monuments scattered across the country, will be judged in a court of law. One of the lawsuits can be reviewed here. Congress needs to know that we want these lands protected, too. There is an effort to make these changes in the legislature, and that effort needs to fail.

I hope that you will have a chance to see and explore these lands before they are despoiled by economic parasites and vultures. Even more importantly, I hope that you will join the efforts to protect these lands. A good place to start is with any of the parties to the lawsuit listed above. They are included in the article found here. The clothing manufacturer Patagonia deserves credit as well. They have taken a very public stand in favor of the monuments (information here). 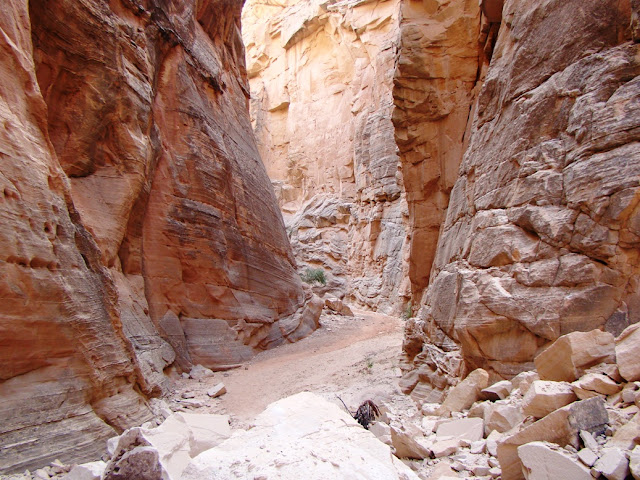 In the meantime, please enjoy these images of some of my explorations of the monument.
Posted by Garry Hayes at 11:51 PM

Garry, your love of the Colorado plateau and pictures/narratives of visiting there give me a new appreciation for open spaces.That region should be as respected as Yosemite.