The Hawai'i That Was: The Lost Wetlands of the Mana Plain on Kaua'i 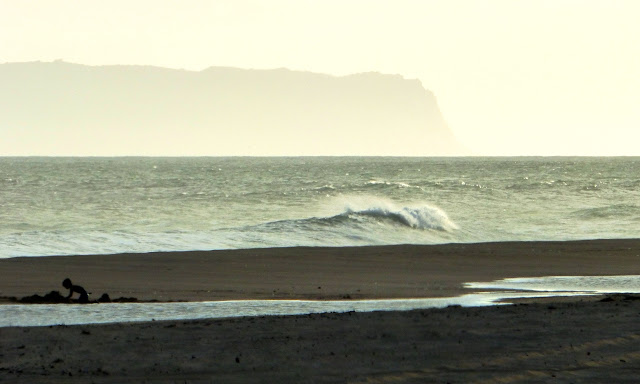 This blog series has been looking at the natural history and geology of the Hawaiian Islands against the backdrop of the changes brought about by colonization around a thousand years ago, and again around 200 years ago. The first wave of humans were the Polynesians, the second, the Europeans and Americans. The changes brought to the islands have been profound, even catastrophic. Dozens of birds species and other animals are extinct, and the landscape itself is much different than it was a thousand years ago.

Out on the west side of Kaua'i is one of the more interesting places that hardly anyone ever sees. This is in part because a large part of the coastal plain is the property of the U.S. military, a missile testing range. Much of the rest is owned by agricultural interests, and the property is closely watched because genetic testing and crop breeding is taking place, rather than simple crop production. A bumpy dirt road winds along between the properties, leading to a state park at Polihale Beach and Barking Dunes. 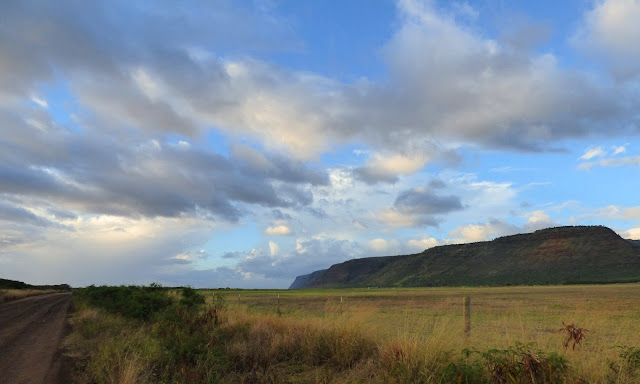 This is the Mana Plain, which historically was the second largest wetland complex in all the islands, covering an area of about 1,700 acres (nearly three square miles). As a rule flatlands are a rarity on the islands, so Mana really stands out. It developed when the sea was at a slightly higher level, and waves washed across the surface, eating away the base of the cliffs to the east (see the map below and the picture above). Such landscape features could be called a wave-cut bench or a coastal plain. Most of the Mana Plain lies at an elevation of less than 10 feet (3 meters).

The longest continuous sand beach in the Hawaiian Islands extends for 12-13 miles along the Mana Plains. Onshore winds picked up fragments of coral and blew them inland, forming scattered dunes across the plain. Groundwater would well up here and there, producing a number of ponds and wetlands. The region was once one of the most important bird habitats on the islands. That was then. That was the Hawai'i that was.
The Polynesian colonizers, the original Hawaiians, made use of the Mana Plain. It was a rich environment for fishing and bird hunting. The Hawaiians also built fish ponds and levees for the production of taro and sweet potatoes. Despite the various engineering projects, the Mana Plain retained much of its original character. The region was sacred to the native Hawaiians, as the cliff at the north end of the plain, Haelele, was a leina-a-ka-uhane (path-for-leaping-by-the-spirit). This was the place where departing spirits of the ancestors leapt into the sea to enter the realm of the dead beyond the setting sun.

In the 1800s, the swamps and ponds began to be drained and sugar cane and other crops were planted in the newly available fields. By the 1920s, nearly all the wetlands had been drained. The military established their missile tracking facility. Little was left of the original environment, and the rare and endangered shorebirds of Hawai'i had lost a major percentage of their original habitat. 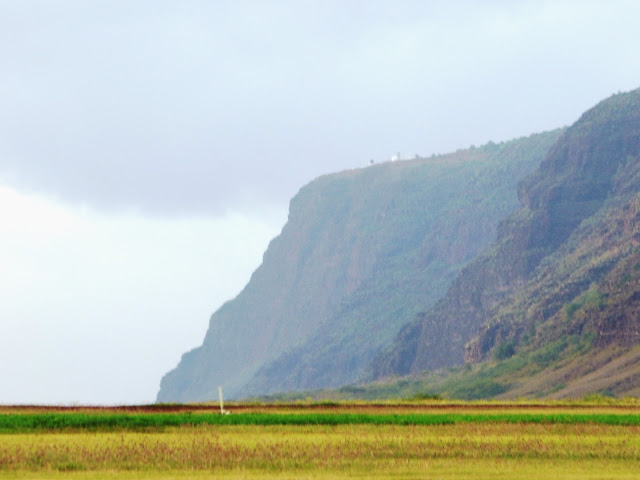 Then, a small thing happened. Sand was a valuable commodity, and several gravel pits were dug on a 35 acre plot in the midst of the plain. Groundwater flowed into the quarry, and some of the endangered shorebirds took up residence. Recognizing an opportunity, officials of the state of Hawai'i established a modest refuge, the Kawaiele Waterbird Sanctuary. Seven more acres were later added, and work is commencing on an even larger plot of 105 acres. It's nowhere near enough, but it's a start. 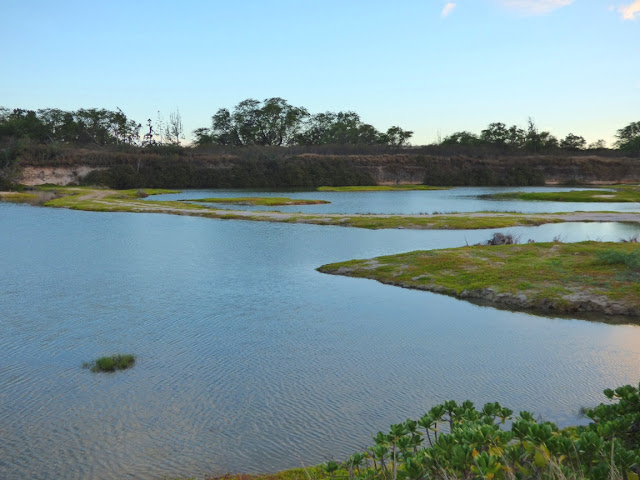 I didn't know any of these things as we explored the west end of the island on the very last day of our visit. We saw the sign along the highway and pulled off to have a look. The sun was already low in the sky, but we caught sight of several native birds. There was a Black-crowned Night Heron (Nycticorax nycticorax hoactli). The bird, known on the islands as 'Auku'u, is virtually identical to its cousins on the American mainland. 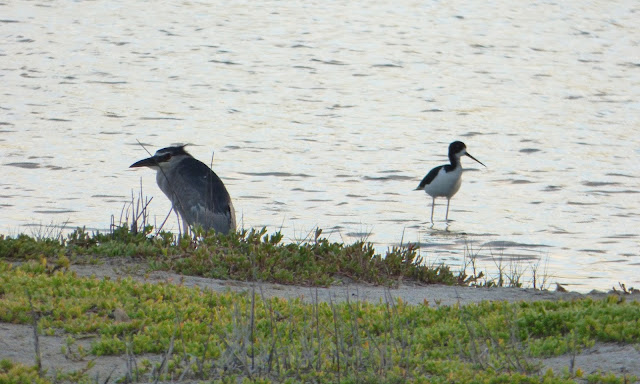 There were also several dozen Ae'o, Thousands of years ago, a few Black-necked Stilts from the American mainland were blown off course, and somehow survived a 2,000 mile journey to the Hawaiian Islands. In the isolation they found there, they evolved ever so slightly from their mainland cousins, and are now considered a subspecies (Himantopus mexicanus knudseni). With their favored habitat being in short supply on the islands, their numbers are not large, only about 2,000 individuals. They are considered highly endangered. 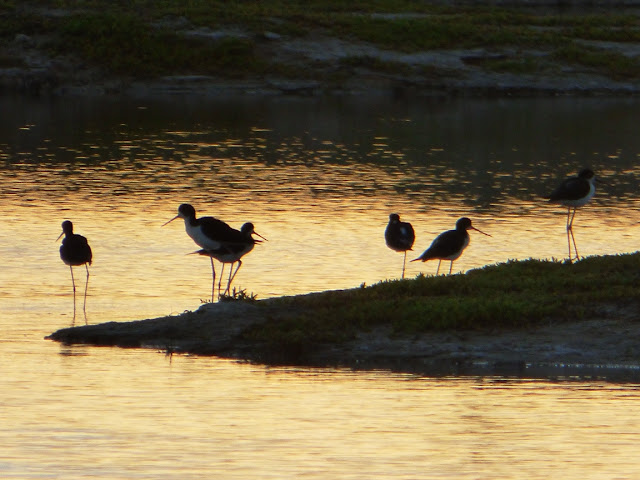 It's said that if the spirits of the deceased did not have family members in the sea to receive them, they would wander this landscape, attaching themselves to rocks and other features. I don't like the thought of being lost in eternity. I'd like to know that they found happiness somewhere in this place, perhaps among the birds of the refuge...
Posted by Garry Hayes at 6:28 PM