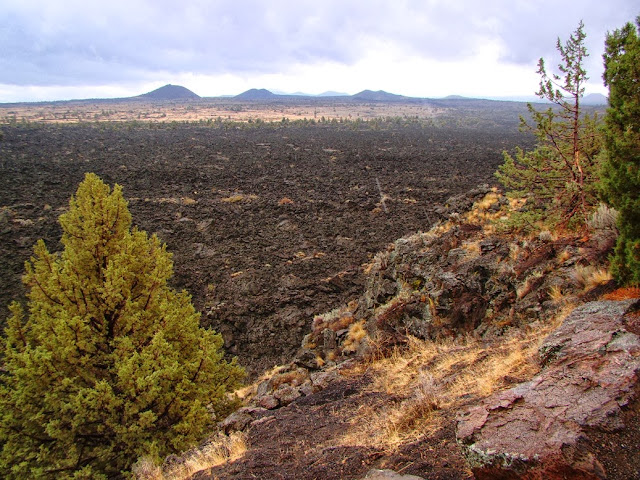 At least when the Republicans come to their senses and reopen the government. The park is closed right now.

Lava Beds National Monument was one of the central locales for our exploration of the northern California Cascades on our recent field studies class. The park was established on the northern flank of Medicine Lake Highland, a shield-like edifice that is the most voluminous volcano in California (about 130 cubic miles of lava as compared to 108 at Mt. Shasta). The park is known primarily for the richness and variety of its lava tubes, and for being the ancestral homeland of the Modoc People, who fought against impossible odds for the right to live on the land in 1872 and 1873. They lost everything.

Lava Beds is also one of the best places I know of outside of Hawaii to see the classic features of basaltic lava flows. The park preserves a number of extensive flows, some as young as 1,150 years. In the dry high desert environment, they look as if they erupted yesterday.

We drove up the park road from Captain Jack's Stronghold and found a marvelous example of an a'a lava at the Devil's Homestead flow, which erupted about 12,000 years ago (above). I was trying to imagine crossing the lava flow barefoot, saying "ah, ah" the whole way. Basalt is often quite liquid (non-viscous), but with distance and dropping of temperature, the lava can crust over and break up into a blocky rough surface. 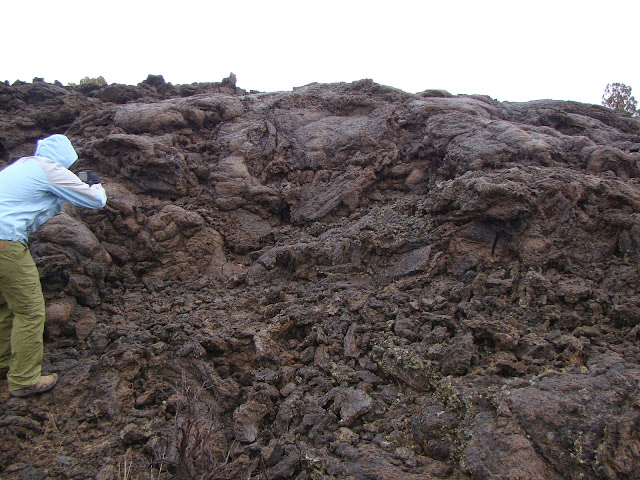 A short distance later we encountered one of the youngest flows in the park, the Black Crater flow, dated to about 1,250 years ago. The short trail to the spatter cone crosses some excellent examples of pahoehoe flows, formed by basalts that had low viscosity . 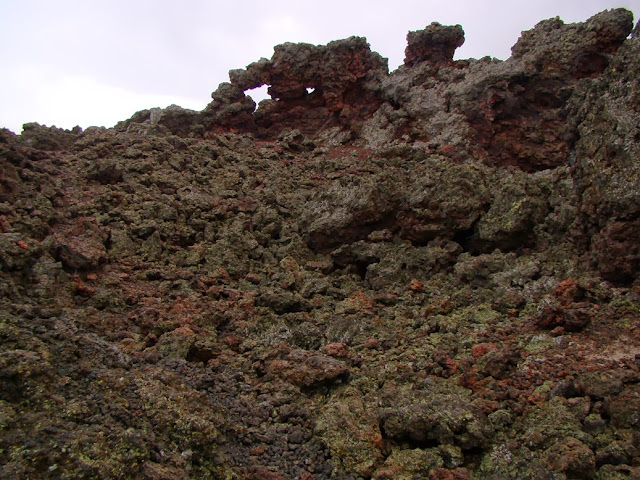 Black Crater is actually quite colorful. It is not really a crater at all, but is instead a group of spatter cones, which formed as lava droplets popped out of the vents, forming small cones of popcorn shaped basalt. 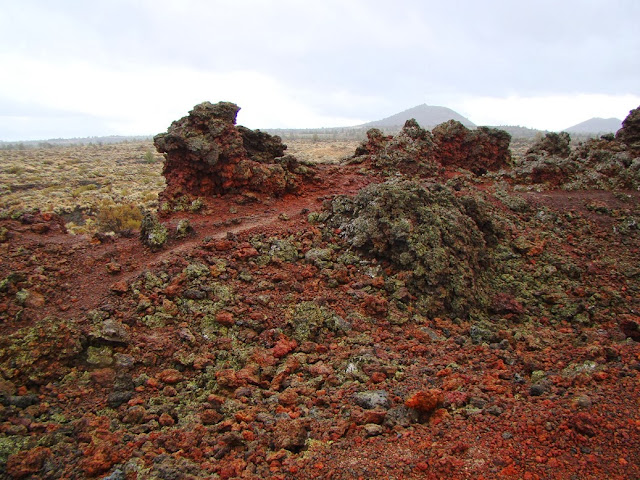 A bit further up the road we found the Fleener Chimneys, a group of spatter cones that were the source of the large Devil's Homestead flow, seen in the first picture. The Dragon's Mouth is a small lava tube opening that provides a clue of how basalt lavas can flow for many miles. They crust over into well-insulated channels. 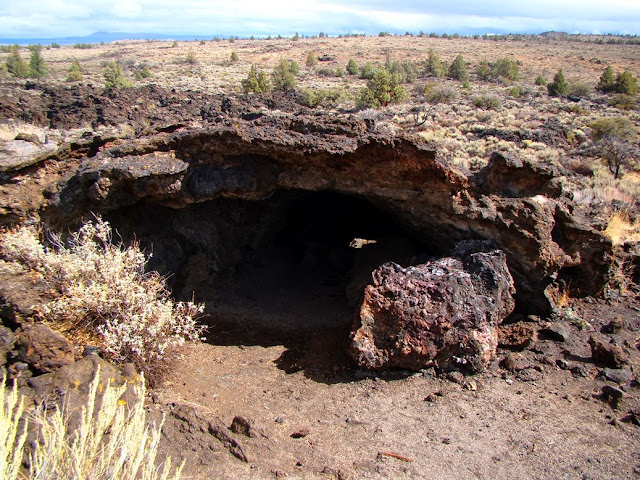 There are nicely developed spatter cones at the Chimneys, that like the other features we'd seen, looked as if they erupted practically yesterday instead of 12,000 years ago. 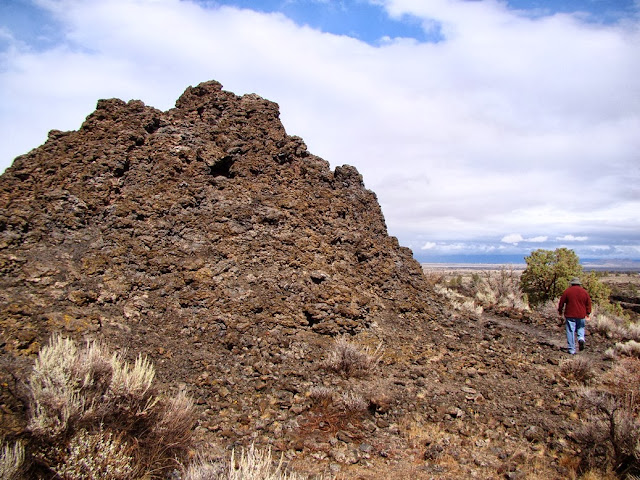 The pahoehoe flows seem to still retain a glassy veneer, a feature that is quickly lost in more humid environments. 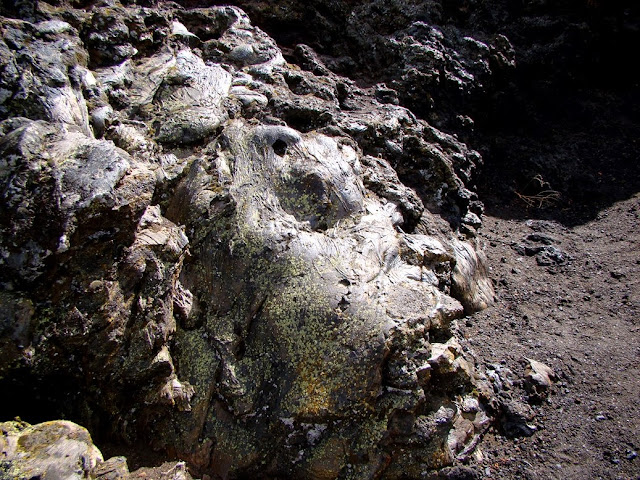 Three vents from the Devil's Homestead flow can still be seen (the "chimneys"). One was originally 50 feet deep. Morons over the years kept throwing rocks in the hole, filling it. Volunteers recently pulled 35 TONS of rocks from this particular chimney. Looking down the vent made me think of the Sarlaac in Star Wars... 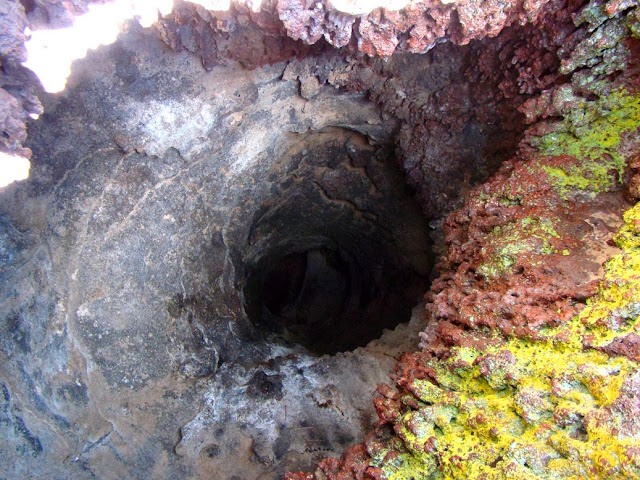 Our next stop was our first exploration of the lava tube system. The 3/4 mile stroll to Big Painted Cave offered an excellent view of Schonchin Butte, a classic cinder cone, one of many scattered across the flanks of Medicine Lake Highland. 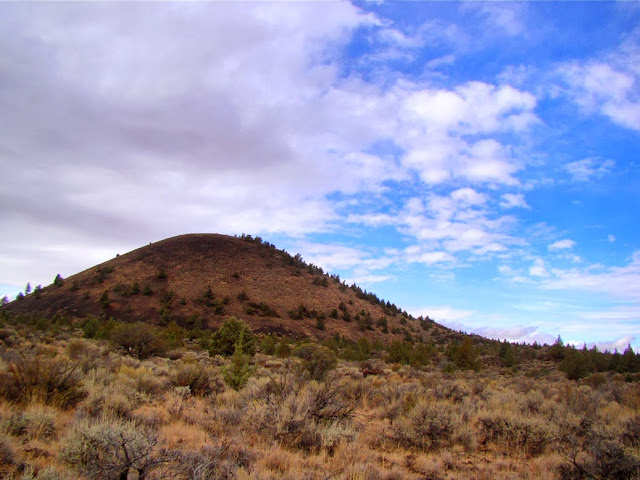 Up next...going underground in Lava Beds!
Posted by Garry Hayes at 8:30 AM

That is so cool!