Our Human Nightmares...Shadows of our Collective Past 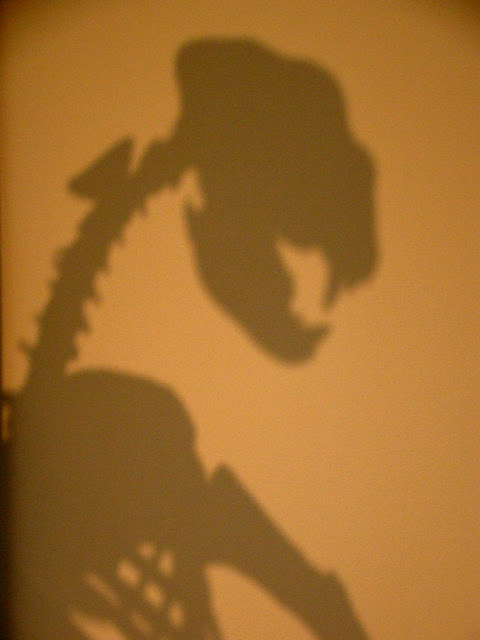 Have you ever wondered why shadows are so effective in the best horror movies? It's pretty clear to me that there is a collective genetic memory in all of us of the monsters that we think of as myths today, but which were terrifyingly real as recently as 12,000-13,000 years ago. The world was full of creatures that wouldn't have minded dining on us, and deep in our collective consciousness is a reflexive response to particular shapes and shadows. The pareidolia I wrote of in a recent post was a survival mechanism; we needed to see those faces in the underbrush in time to climb or flee to safety. 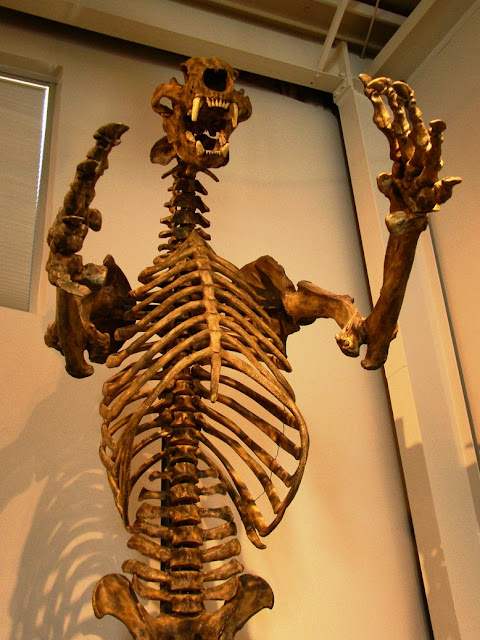 So who belonged to that mysterious shadow above? It was a short-faced bear, Arctodus simus, that lived in my home region, the Central Valley of California. Grizzly bears were a common presence in California when the Europeans arrived two hundred years ago. They described many of the native Californians as bearing wounds of encounters with the grizzlies, and compared to spears or arrows their guns were not much better as a defense against them. The short-faced bear was bigger, maybe 1,000 lbs or more... 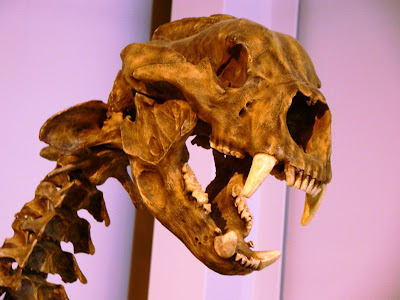 There were roving packs of Dire Wolves, Canis dirus, as large or larger than their cousins in Canada or Alaska... 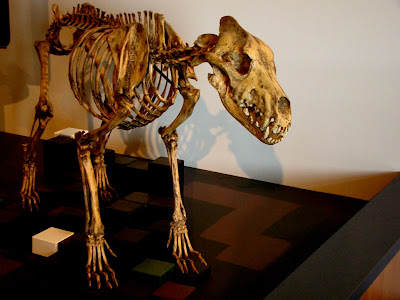 ...and there were the Saber-tooth Cats, Smilodon fatalis, (below) along with the American Cheetah (Myracinonyx sp.)  and the Scimitar Cat (Homotherium serum). We have been living with the comforting insulation of modern civilization for a long time, but even a glance at a skeleton of these long extinct creatures can awaken nightmares in the recesses of our brains. 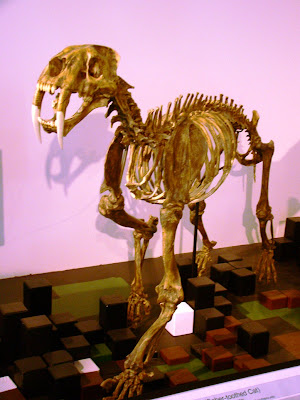 This museum display in Sydney gave me the willies...﻿ 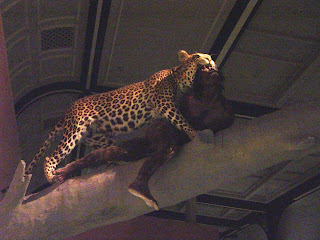 But if you want to see the rest of these creatures in a slightly less threatening atmosphere, check out the Fossil Discovery Center of Madera County, which opened for business last year. The fossil creatures on display were found by the bulldozers of the Fairmead Waste Facility. They were digging a garbage dump, and found a treasure trove of fossil bones; 27 species of mammals and a half dozen other creatures dating from the Pleistocene. I finally got to see it a few weeks ago, and I find it to be a wonderful science resource for the region. It is well worth a visit. 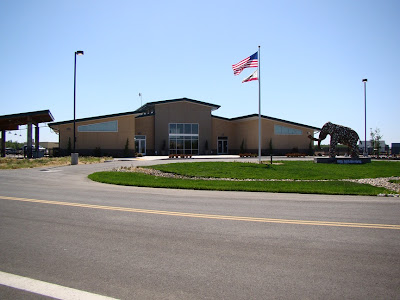