A Bit of "Where's Waldo the River Otter?" at the San Luis National Wildlife Refuge 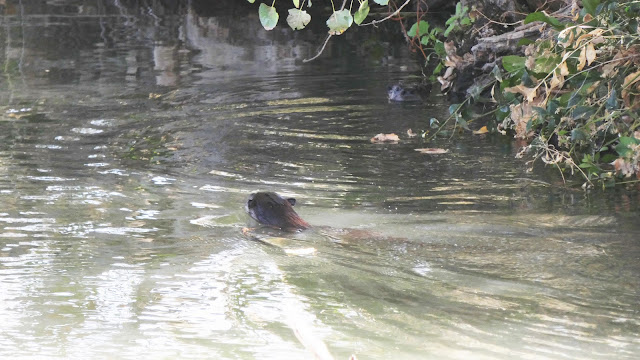 There are things in my life that are more thrilling than spotting River Otters (Lontra Canadensis), but there are not many of them. I spend a lot of time on the Tuolumne River where it flows through my town, and also at the local national wildlife refuges, including the Merced, the San Luis, and the San Joaquin. I'm usually searching for birds, but a bit of my attention is always watching for rarely seen mammals like beavers, foxes, and especially River Otters. 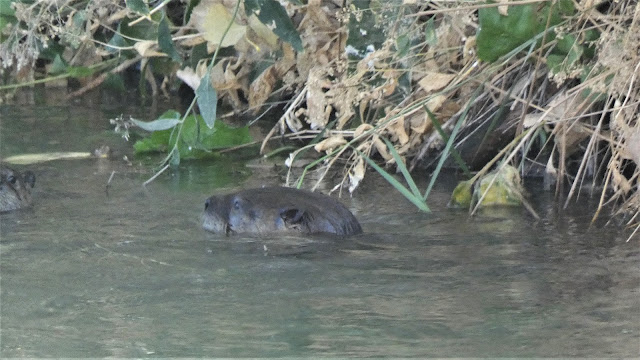 We were on the eastern leg of the San Luis NWR Waterfowl Auto-Tour when I spotted what I thought were four ducks bunched together. But they didn't look right, and after a moment I realized that it was a family of River Otters playing on the banks of the irrigation canal. We played a brief game of hide and seek (I mostly hid behind the car), and they eventually swam away downstream (down-canal?).

Most of the time I forget that I have a fully functional video with my camera, but I thought of video first this time around and got a short shot of the family swimming away together. Then I snapped pictures as I could in the dim shadows where they were hiding. What I noticed later is that in each picture of an individual, there was actually a second otter photo-bombing the shot. Can you find the extra otter in each picture? 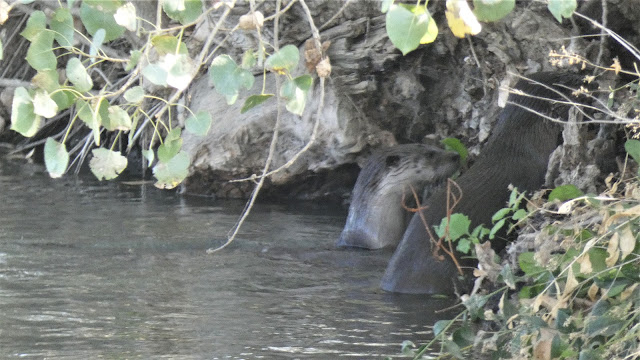 River Otters in California took a real beating over the centuries of European occupation in California, with trapping and destruction of their habitat by gold mining, damming, and urbanization causing a drastic drop in their population and range. With efforts at reclaiming the river environments in the Bay Area and Central Valley, they have begun to spread out again. A pair of otters was even seen in Yosemite Valley a year or two ago.

I've seen otters on a number of occasions on the Tuolumne River, but this was my first sighting at the San Luis refuge, which is part of the San Joaquin River drainage. The river had been decimated by reservoir construction decades ago and the river was dry for many tens of miles in the San Joaquin Valley, but recent agreements have resulted in a new river, with the potential of even the return of the salmon. The otters will surely follow!

Growing up on the Stanislaus River (near Riverbank), we rarely saw otter. But that changed on the last 15 years or so. Now, it seems that every other years or so, a family of otters takes up residence across the river from my parent's house. They are cute and full of personality. They swim out from under the riverside vegetation and dig up clams from the riverbottom. Fun to watch.