Travels in Cascadia: Deserts in Canada...and What's with this Lake?? 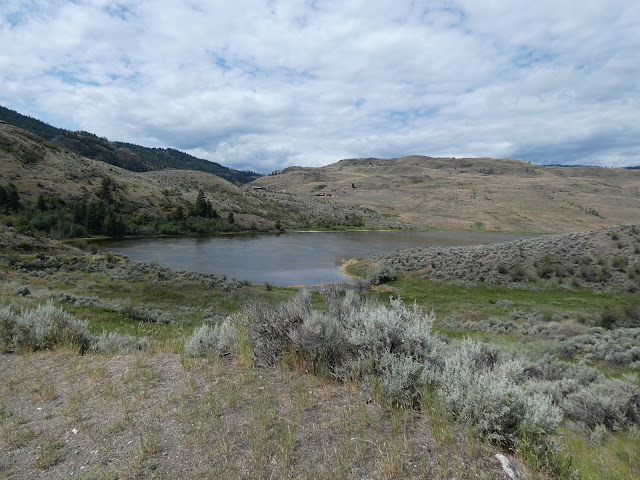 Did you know there is a desert in western Canada, in British Columbia? Well, okay not quite a desert by any standard we have down here in California and the southwestern United States, but it is a distinctly sub-arid region in a part of the continent better known for temperate rainforests. And we Californians tend to think of any place beyond the 49th parallel as an Arctic wasteland of tundra and Polar Bears. So it was a surprise as we left the alpine landscapes of Whistler and Pemberton to enter into sagebrush country and distinctly warmer weather. We were in the Okanagan Valley, on the verge of returning to the United States. 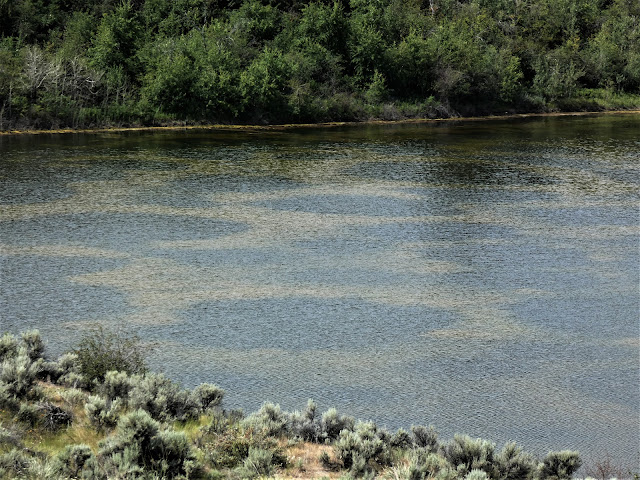 I had heard of an unusual lake to be found in the hills above the Okanagan Valley that would be a pretty handy mystery for our students, and which had a nice connection for our anthropology majors. The only problem was wondering if it would be dry or not. 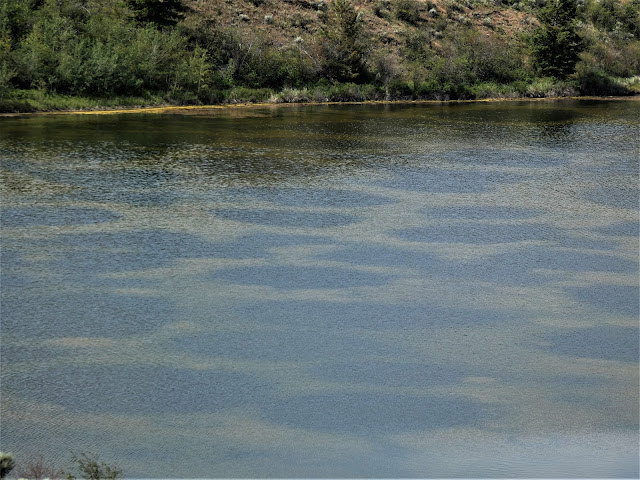 Dry? Doesn't that defeat the meaning of lake? In most places, of course. But we are talking deserts here, or at least sub-arid landscapes, and yet a landscape that was sculpted by the massive continental glaciers that once covered all of Canada and 30% of the United States. Glaciers scour out all kinds of undrained depressions and blind valleys, so lakes are common. But if they don't have enough precipitation, they will dry up, and that is often the case with the lake we were seeking out that day. And as it turned out, it had been a wet year, and the lake was full of water when we arrived, and so the mystery was not quite as vivid. But there it was...

What are those weird circles in the water?? 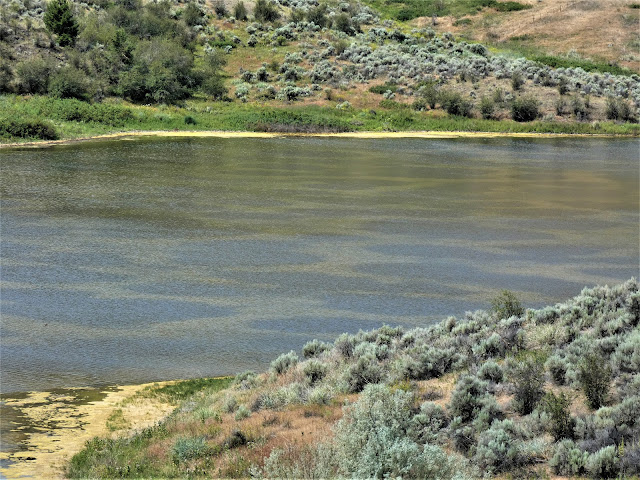 The lake has a totally different appearance in dry conditions...it's one of the strangest sights I've never seen!

So what the heck is going on here? I will let you know below in case you want to think about it for a minute...

The answer is....I don't particularly know. Well, I know some things. The lake is in an endorheic basin, and as such does not receive enough precipitation to fill the basin it occupies. Thus it dries up rather than flowing through an outlet. The drying concentrates the soluble minerals in the water. The mineral deposits are primarily magnesium sulfates (the mineral epsomite) along with calcium sulfate (gypsum), and sodium sulfate (mirabilite or thenardite). The source of the sulfates are copper minerals in the surrounding hills. Magnesium is provided by local dolomite exposures.

What I admit to not understanding is the formation of the circles and pools. The boundaries of the circles is a dark organic rich mud that develops an efflorescence of white crystals when dry. I wonder if the circles are related to periglacial processes related to frigid conditions in winter, and I would dearly love to be educated about this!

The epsomite has been mined at times a century ago, but the lake is sacred to the local indigenous First Nations people, the Okanagan Syilx. They came into ownership of the lake in 2001, and for the time being it can only be observed from the hills above on the highway, which is reasonable. One can imagine the damage that could be done by unfettered visits of ignorant tourists. The "European" name of the pond is Spotted Lake, but it has been known for centuries by the Syilx as Kliluk Lake.

Just found your interesting and nicely laid out blog. Great that you visited "the B.C. desert", near where my family resides. Last month, I participated in a volcanism/glaciation tour led by Dr. Murray Roed; one of our stops was the exposed Eocene White Lake Formation where we found fossils of flora and thin coal beds.
Do you allow/encourage amateur(wannabe)geologist's photos of samples to help ID?

Sure, I can try. Email me at hayesg(at)mjc.edu with your pictures.

Wow...I had never heard of this place before. Thanks, Garry. As for the formation of the circular ponds...that will give me something to ponder for awhile...interesting how the ones near the edges are smaller...maybe they are older and filled in.