Do You Know the Tallest Waterfall in Yosemite Valley? You Might Be Wrong! 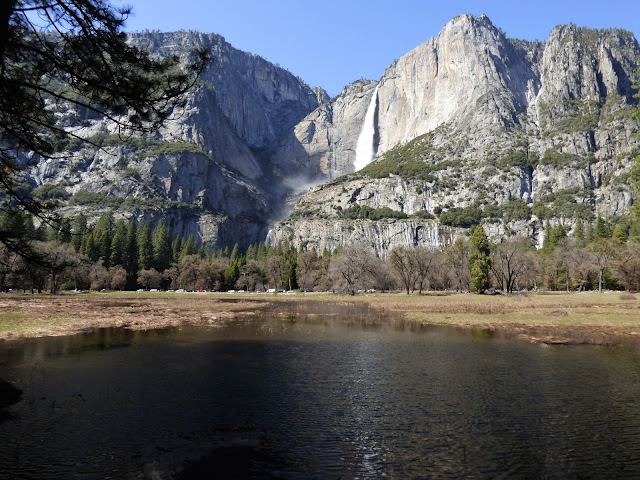 There is no doubt that Yosemite Falls is one of the most stunning sights on the planet. A chance movement of a glacier 13,000 years ago forced a middling stream from its old channel to the left of the current waterfall, forcing Yosemite Creek to drop right off the edge of the sheer cliff. You can see the old channel almost hidden in the shadows in the photo above. 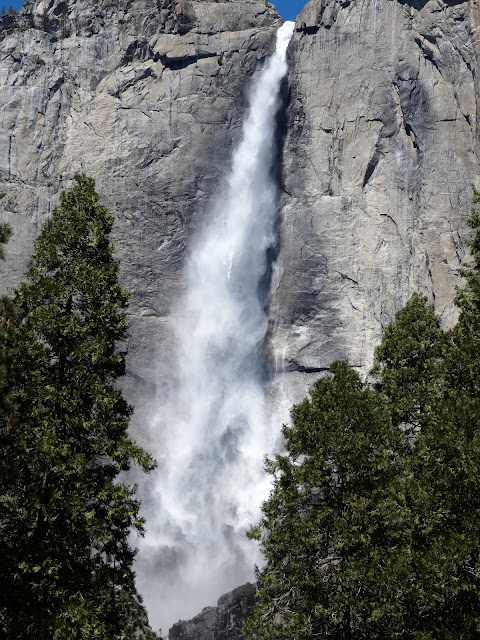 The fall makes a sheer plunge of 1,430 feet (440 meters) at the Upper Fall and then cascades through a series of steep ledges called the Middle Cascades for 675 feet (206 meters). There is a final drop of 320 feet (98 meters) at Lower Yosemite Fall. The Middle Cascades are generally hidden from view unless you hike the steep trail up to the top of the falls (below).
But if one decides to be a purist about such things, one can define a waterfall's height on the basis of the greatest freefall. By that metric, Yosemite Falls still is an imposing 1,425 feet (739 meters) high. But it also means it's not even the tallest waterfall in Yosemite Valley.

Many first-time visitors to the valley are drawn to Bridalveil Falls (620 feet/189 meters) because it is the first major waterfall visible as one enters the valley. But when standing at the base of Bridalveil, they see another high waterfall across the valley and wonder if it is Yosemite Falls. It's not. It's called Ribbon Fall, and it has a single drop of 1,612 feet (491 meters). That's nearly 200 feet higher than Upper Yosemite Falls (it's the one in the picture at the top of the post). It is less familiar than many of the other waterfalls because it is usually dry by June when the majority of people visit the park. But if you get the privilege of seeing by visiting in the spring, you are in for a treat.

I have been trying to get a particular picture of Ribbon Fall for a long time. When driving towards the Tunnel View parking lot from Bridalveil Falls, there is a panorama of Ribbon Falls and the cliff of El Capitan, but there is no way to stop or pull out to get the shot, and the road is too narrow for walking. But yesterday I was there with my students in a bus. Since I wasn't driving, I was ready with the camera as we came back down the road, and I finally got it (below). 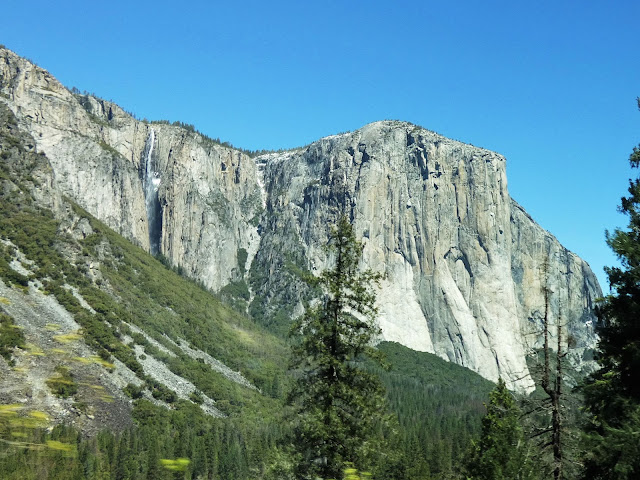 Ribbon Falls is one of many treasures that make a spring visit to Yosemite Valley a worthwhile effort.
Posted by Garry Hayes at 11:38 AM