A Brief Season of Hope, But Dashed Hopes for a Better Year. Some Thoughts on the California Drought 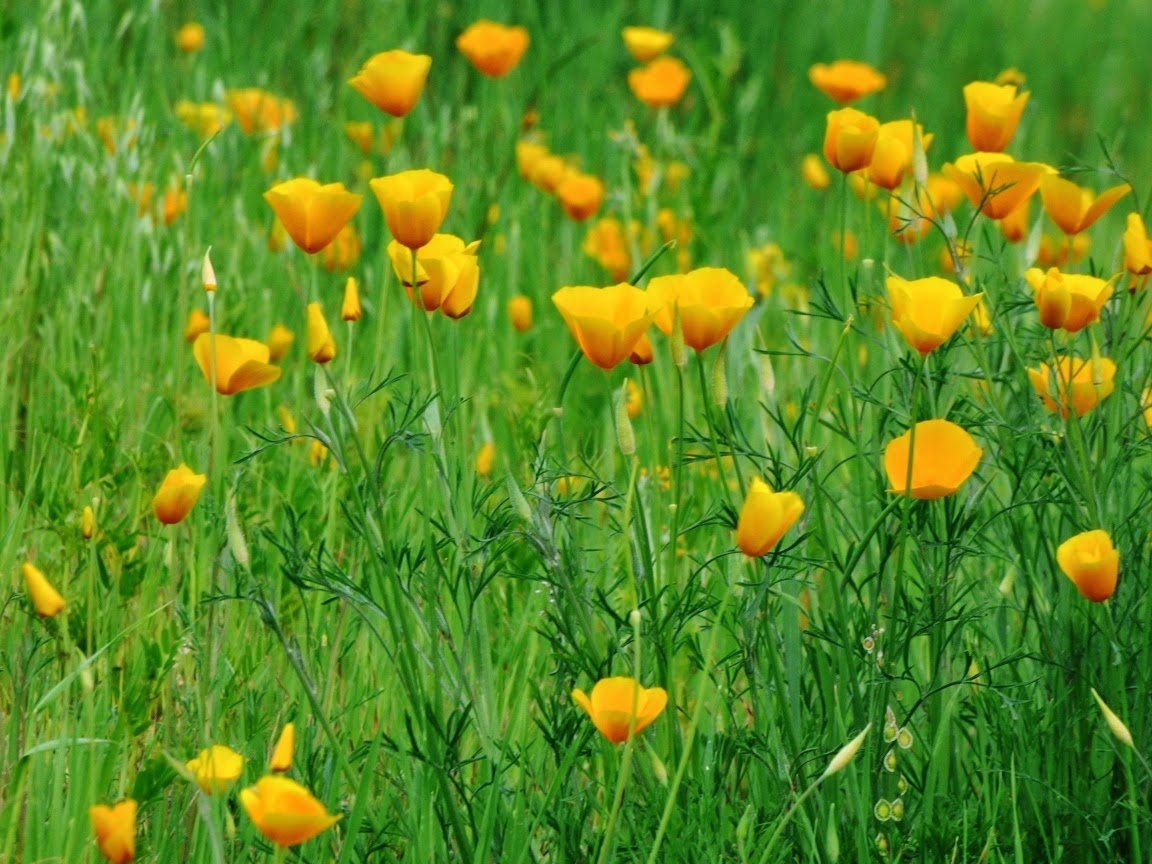 It's such a beautiful moment in time, being able to travel through the Sierra Nevada foothills, and seeing the glorious splash of color across the hillsides. The flower show was among the best I've seen in years. 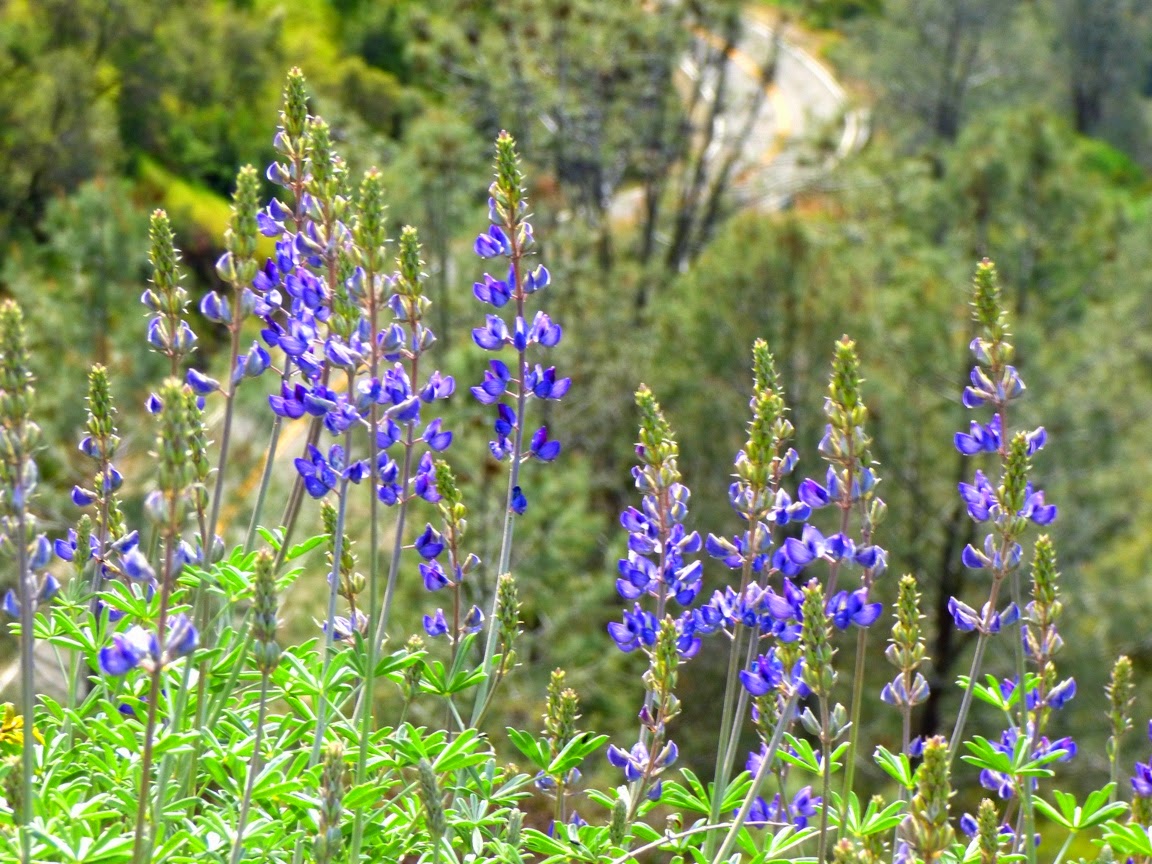 It wasn't necessarily good that we were seeing such a show. The green hills and flowers give the impression of something approaching a normal precipitation year. Unfortunately it is an illusion. We are in deep, deep trouble.

We are on track in the Sierra foothills and Great Valley to end up with near-normal rainfall totals. But the score was padded in December with a record storm that dropped 7 to 10 inches of rain. It was enough to build up the moisture in the soil, and cause the flower seeds to germinate. The driest January ever recorded followed, and the dry conditions threatened the sprouting flowers. But one intense storm in February boosted their growth. There was just a bit more precipitation this week. Just barely enough to keep things green a little longer. 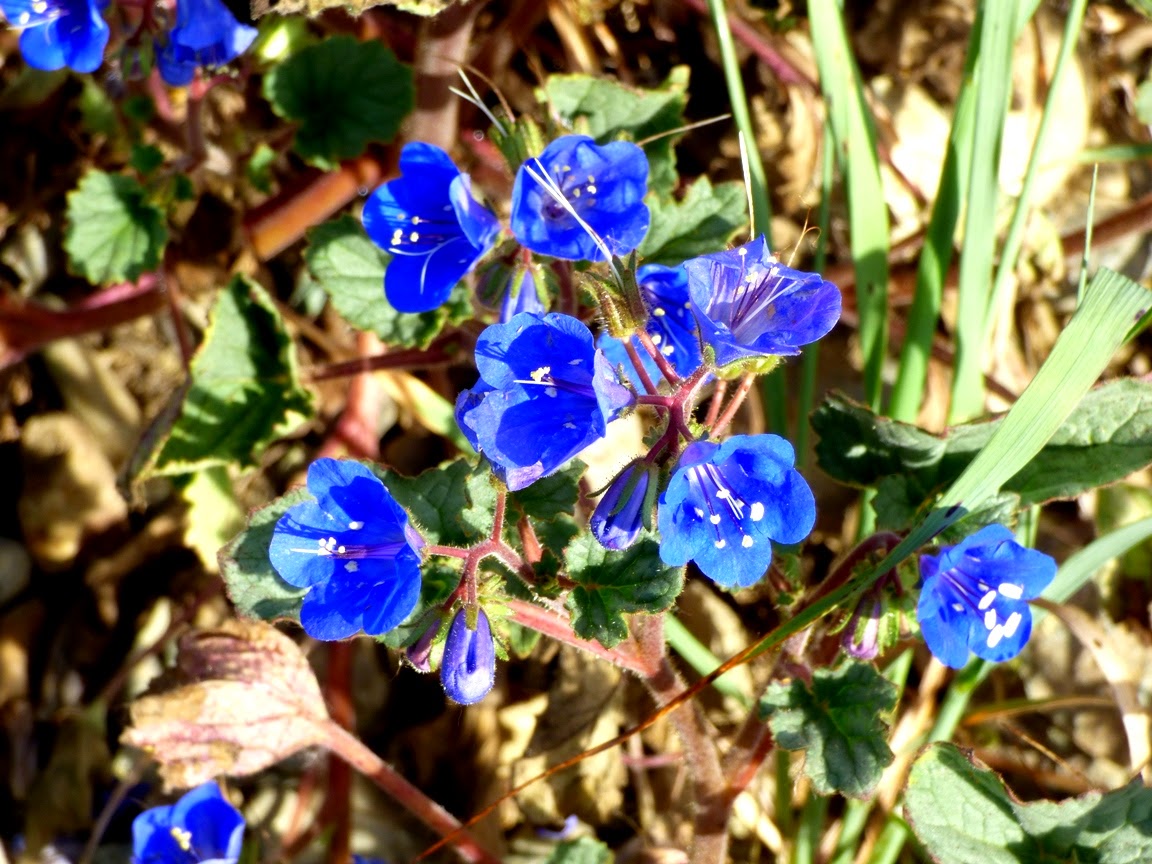 But it doesn't matter what happens in the Great Valley or the Sierra Foothills. The green grass is a temporary boon for the cattle ranchers, but the all-important snowpack is dismal. It's worse than worse, because last year was the worst, and this year is worser still. As in record low, around 19% of normal. The big storms of December didn't add anything to the snow totals. They were warm storms. 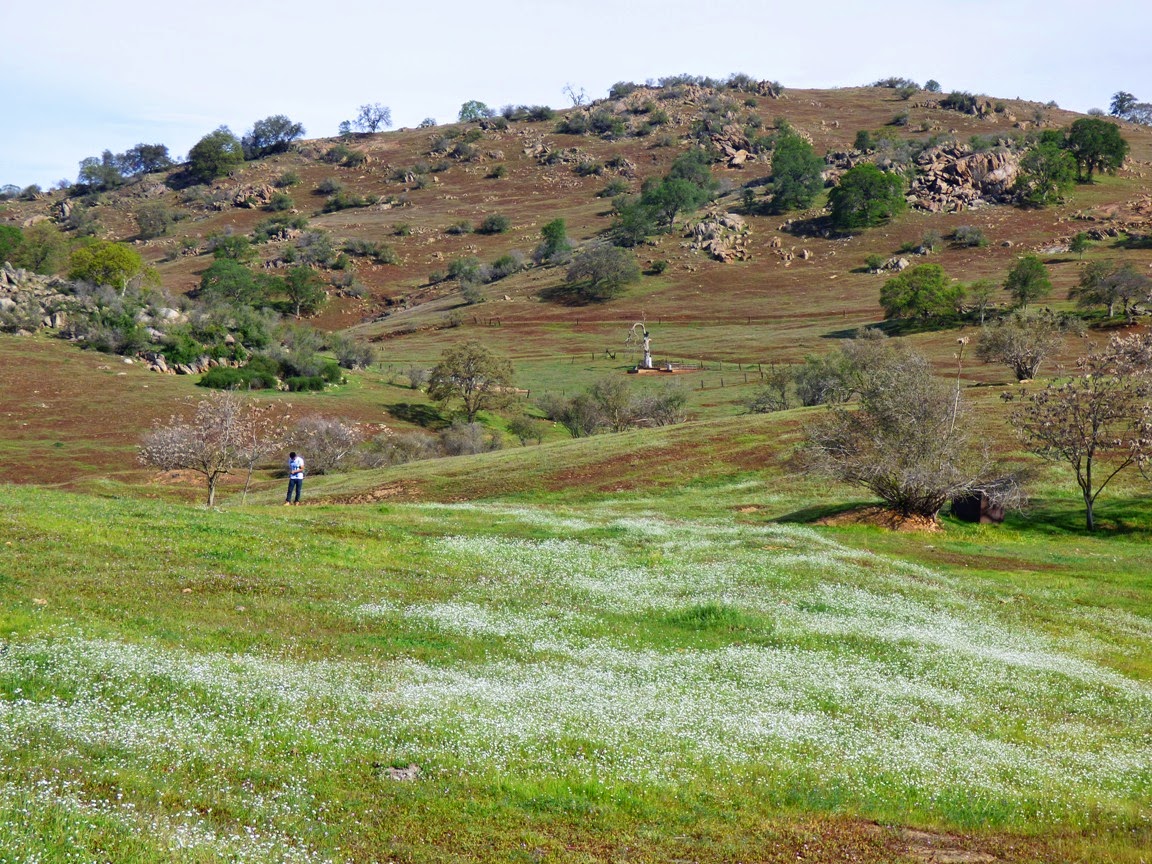 So the hills were green, and we had a glorious day, even if the students had to take notes on their field trip. But one of our last stops put everything in perspective... 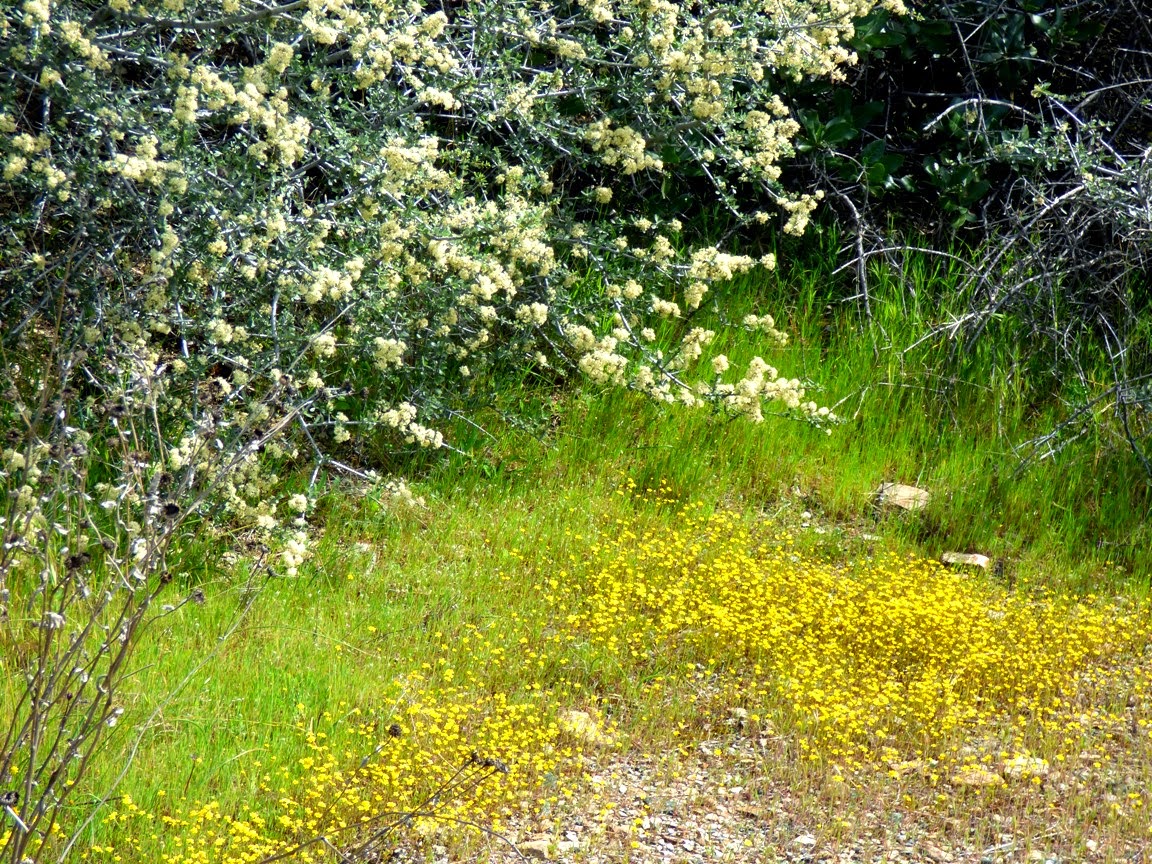 Don Pedro Reservoir on the Tuolumne River out of Yosemite Valley looked like this. The reservoir is only 44% full as of today (about 880,000 acre feet out of about 2,030,000 acre feet), a time when it should be rising fast from snowmelt. And Don Pedro is doing better than many reservoirs around the state. Lake McClure on the Merced River is at 8.5% of capacity, just 88,000 acre feet out of 1,030,000 acre feet. According to NASA, the state has one year of water left if the drought doesn't break, and the weather is showing few signs of cooperating. There is no rain on the immediate horizon. 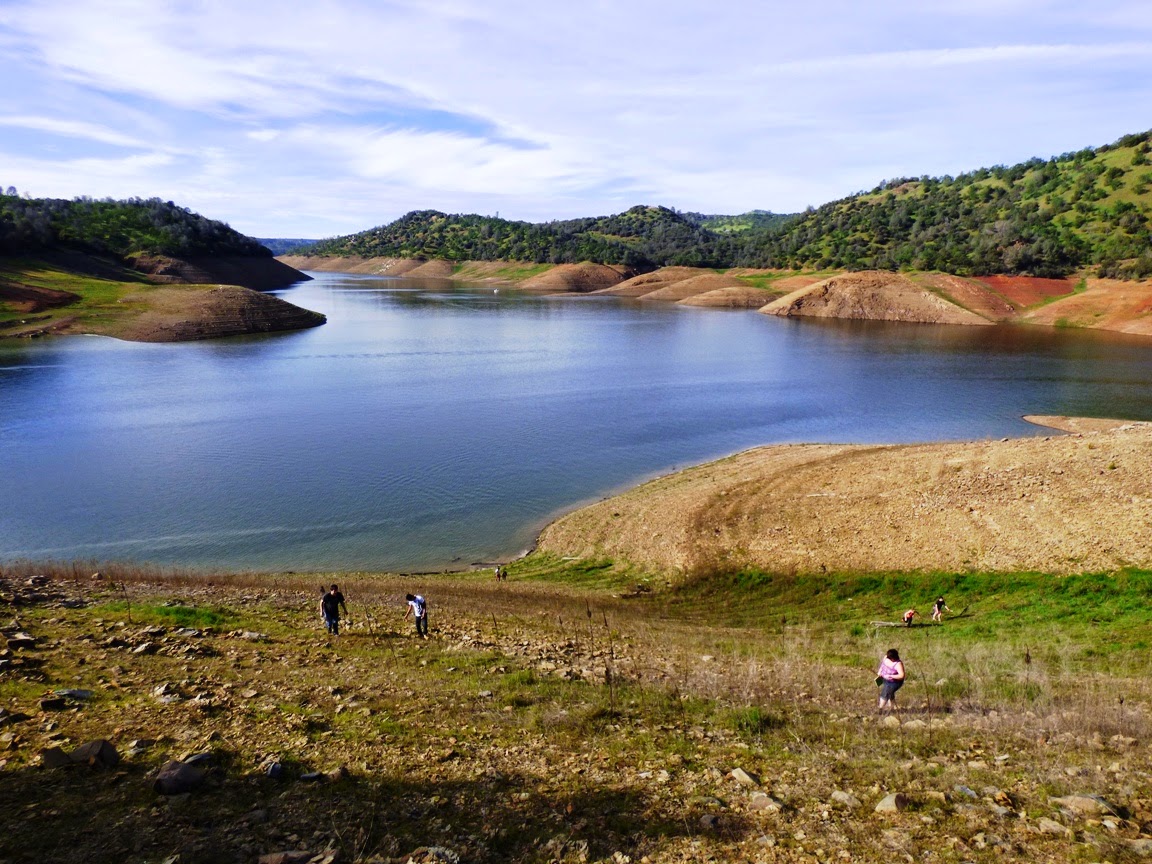 What happens next? How do we deal with record temperatures, record low snowpack, and a declining groundwater resource? The best some can do is to put up signs saying "pray for rain". It hasn't worked. And the farmers are not seeing things realistically. They are blaming measures to protect fish for their problems, but fish or birds aren't the problem. Distributing that little bit of water won't make any difference, except for the handful of lucky farmers who know people, and can get the water allotted to them. They are in denial that there is a serious problem and continue to put in thousands of acres of almond orchards in the foothills, a place where only groundwater is available. The shallow aquifers in the foothill belt will only last a few years if feeding the water-thirsty trees.

I can only see putting a moratorium on the planting of water-gorging trees, and letting more lands lie fallow. The state needs a groundwater policy as well, and giving it regulatory teeth. We need to take a hard look at fracking and the waste water it produces. And everyone needs to cut back on their water use. A lot. Farmers as well as domestic users.

What do you think can be done if next year is a continuation of the dry conditions?
Posted by Garry Hayes at 11:23 PM