Driving Through the Most Dangerous Plate Boundary in the World: Looking for the "Big One" 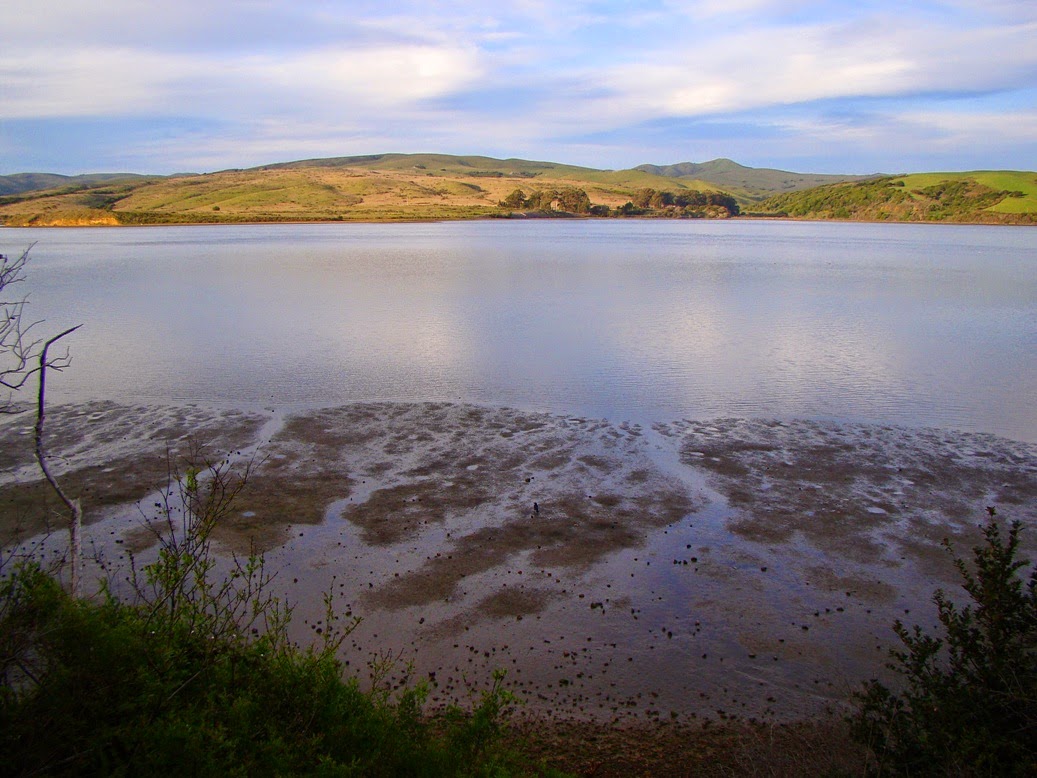 Tomales Bay just might be the most contradictory places in all of California. On the one hand, it is one of the most peaceful and serene places in the state, a largely undeveloped fifteen-mile long bay, protected from the worst of Pacific storms and waves by Inverness Ridge. On the other, it hides the trace of the San Andreas fault, and California's worst earthquake ripped through the bay in 1906.

We are just getting started on our journey across the most dangerous plate boundary in the world, but our journey is an exploration of a fossil convergent boundary, not an active one. But that doesn't mean it's not dangerous. A Mesozoic convergent boundary was present off of California for well over 100 million years, producing hundreds of thousands of magnitude nine earthquakes and tsunamis. Thousands of volcanoes would have erupted along the inland arc. But the subduction zone responsible for all the mayhem was replaced in late Cenozoic time by a transform boundary, the San Andreas fault system. The San Andreas has been responsible for plenty of mayhem itself, but the magnitude eight earthquakes that occur here are only one-thirtieth of the power of a nine. 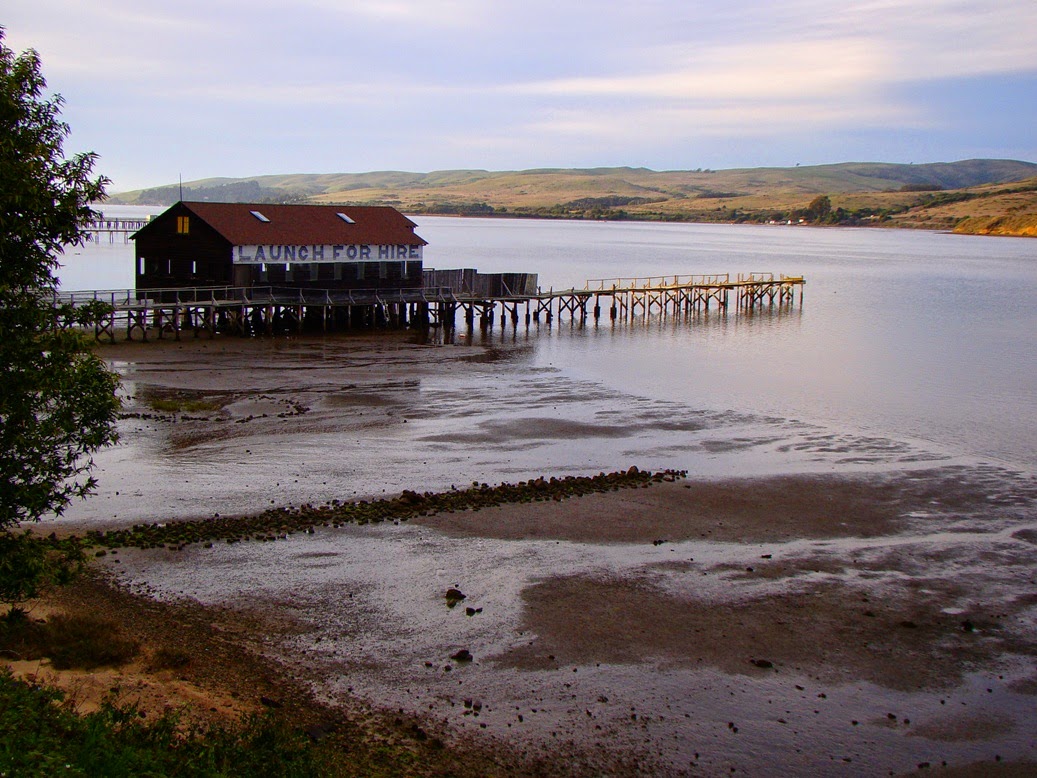 It may seem like a large bay like Tomales would have been a major harbor and port along the California coast, but the waterway is mostly very shallow, and the mouth of the bay is subject to heavy wave activity and hidden shifting shoals. Getting in and out of the bay can be very hazardous (according to the state, in one year alone 13 boaters lost their lives there).

Once in the bay, the water is generally calm and is popular with small boaters, kayakers and fishing enthusiasts. A few small villages are present, including Olema, Inverness, Point Reyes Station and Marshall. Mostly the bay is undeveloped, and is a unique environment compared to the rest of the California coast. The calm water in the interior bay is the exception rather than the rule, and is an important natural habitat for a large number of species. A fair portion of the bay is protected as Tomales Bay State Park and much of the west shore is part of Point Reyes National Seashore. Several parcels along the eastern shore are part of the Golden Gate National Recreation Area.
Rocks within the San Andreas and related fault zones (the San Gregorio and Golden Gate faults in this instance) are highly sheared and ground up so they are easily eroded. Linear valleys will often form along fault zones, and such was the case here near Point Reyes. The valley extended from Bolinas Lagoon and Olema to the northern end of Tomales Bay, but when the last ice age ended around 12,000 years ago, sea level rose and flooded much of the stream floor. That was the origin of Tomales Bay. The rocks west of the fault, as noted in the last post, are composed of granitic and metamorphic rock related more to the Sierra Nevada and Mojave Desert than the North Coast. They have been carried north hundreds of miles by the lateral movement along the San Andreas fault.

The recurrence interval of massive earthquakes on the northern segment of the San Andreas fault is not exactly clear. Besides the well-known 7.8 magnitude tragedy in 1906, there is evidence of other major seismic events in 1522, 1686 and either 1748 or 1838, suggesting a return of giant quakes roughly every 125 years or so. Other studies have suggested longer intervals, and no one is suggesting that they occur at regular intervals. There is even some suggestion that major events are related to large seismic events (magnitude 8.5-9.0) on the Cascadia subduction zone off to the north. Long story short, the "Big One" in Northern California may happen tomorrow, or it could happen 300 years from now. And large quakes are possible on other faults in Northern California, especially the San Gregorio and Hayward fault zones. And the San Andreas fault in Southern California is on an entirely different rupture schedule. If you are going to live here on the west coast, the watchwords are "be prepared".
As we drive south from Bear Valley and the headquarters for Point Reyes National Seashore, we are following the trace of the San Andreas fault. In 1906, the fault rupture shifted the ground here as much as twenty feet, the largest such offsets recorded. After a few miles we reach the north end of Bolinas Bay.

The waves coming into Bolinas Bay tend to refract as they encounter Duxbury Point and swing around so they carry sand northwest. This has caused the formation of a sand spit that closes off Bolinas Lagoon, forming one of the nicer tourist beaches in the San Francisco Bay Area, Stinson Beach. Three different faults cross this sand bar, the San Andreas, the San Gregorio, and the Golden Gate. I wonder if this kind of information is reported on deeds of sale for the string of homes on the sand bar.

We continue our journey southward along the coast on Highway 1 as it winds its way along the cliffs beyond Stinson Beach. The road climbs quickly onto the rugged slopes of the peninsula called the Marin Headlands. We have crossed the San Andreas fault, and are now on the North American Plate. The rocks here are very different, as we have reached the "most dangerous plate boundary in the world" (past tense). We will explore further in the next post.