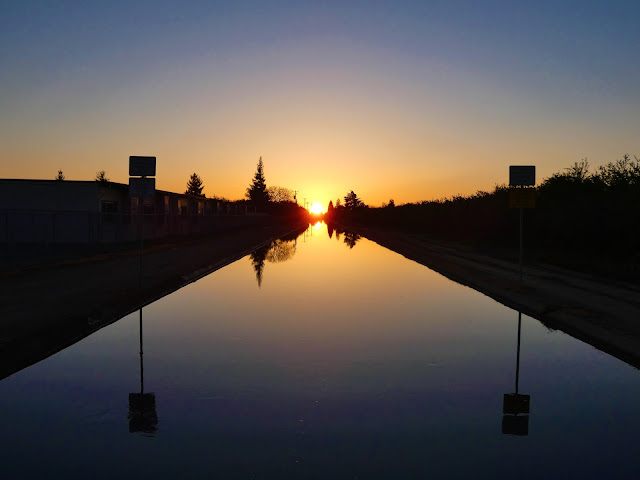 The sun set today on an unequal and unbalanced world. But for a day, the whole world shared a moment of equality, the day and night being more or less equal at all latitudes. Supposedly the day and night are both 12 hours long no matter where you are. There is a bit of squishiness in that statement, given that the refraction of the image of the sun makes the day last a few minutes longer, six minutes or so. 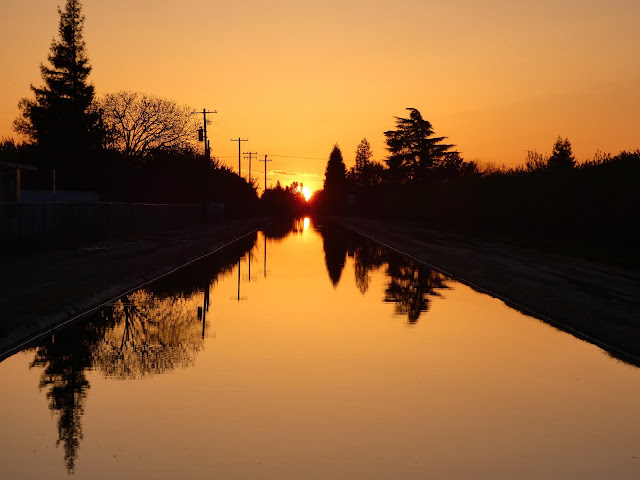 The sun sets due west on the equinox, which allows for interesting pictures in an otherwise mundane location like an absolutely flat valley with lots of east-west roads and irrigation canals. Some years I try to be out running errands, but today I was at home, so I went a few blocks west to where one of the canals has just been filled for the irrigation season. 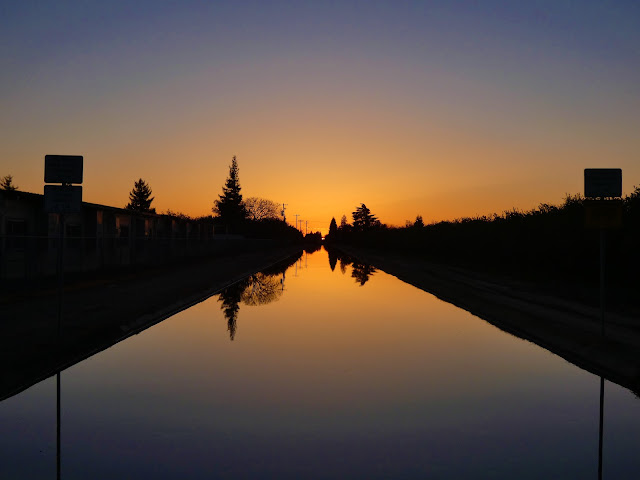 Interesting take. Interesting post. I miss your posts. Hopefully school opening up next semester gets you back to "normal" with field trips.