A Worm Moon Rising, and a Very Far-away Plane 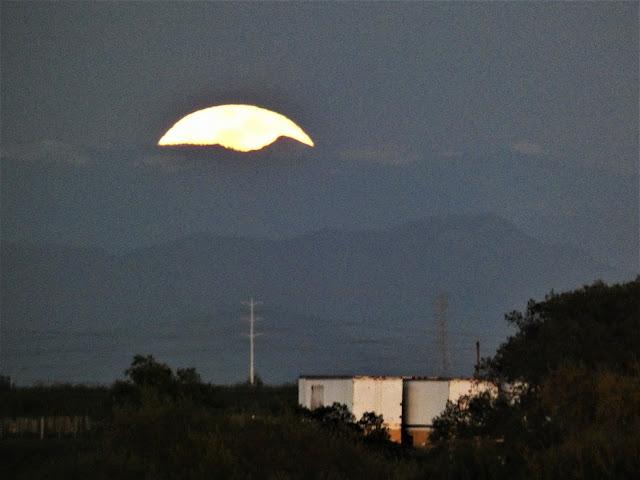 One of the really sad casualties of the pandemic was the ending of visiting our good friends on the night of the full moon rising. Their house has a fine view of the eastern horizon, and the rising moon is almost always a dramatic sight. After a hiatus of more than a year, we have had our vaccine shots and finally felt we could gather safely in a small group for the tradition tonight. And it was quite a sight.

Our eastern horizon is the composed of the alpine peaks that surround Yosemite Valley, and in the twilight picture above, one can see the snowy peaks of the high country. The snow is a welcome sight, but it is still too little to put a dent in the second year of drought conditions. 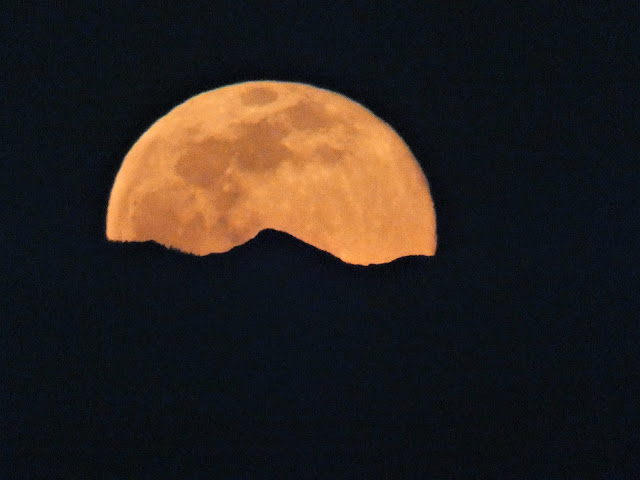 I was kind of amazed that I could just make out some trees on the ridges below the peak. The camera (which I just love) is an appropriate point-and-shoot for fools like me who need a 60x zoom for capturing birds and moonrises. 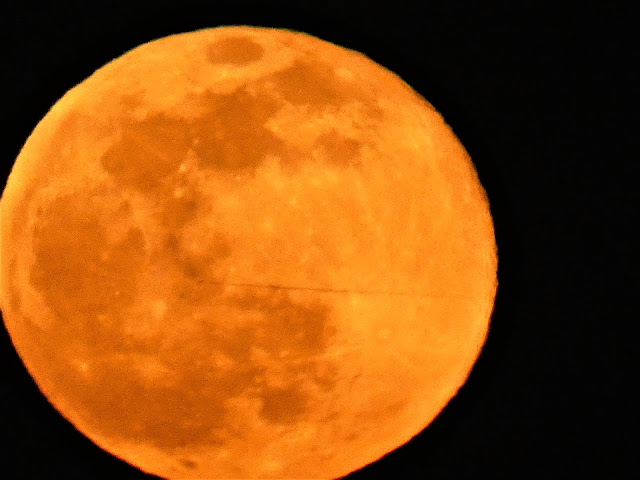 As the moon lifted above the horizon, I thought it was passing a power line when I realized the line was moving. It was a jet plane with a contrail following! I can't even begin to estimate how far away the plane was...

The Worm Moon refers to the thawing of the soil, allowing worms to start doing what worms do. We don't see much of a difference here in the warm climes of California, but the worms are certainly active in the garden right now.

This moon is also a "super-moon", meaning the moon is relatively closer to the Earth in this part of its orbit, so it appears a bit larger and brighter than "normal". There will be four "super-moons" this year. 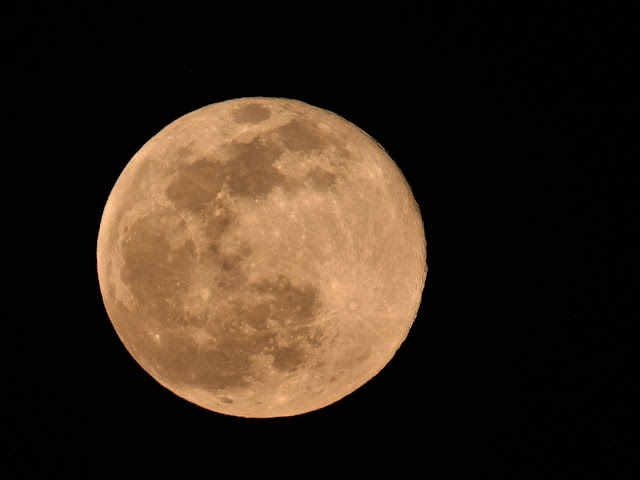 The "how far away is that plane?" question strikes me as an interesting exercise for physics students... Have you got a slightly wider view of the plane that includes the horizon?

I was driving down Hwy 39 from an afternoon at Crystal Lake in the San Gabriels. It was a dramatic moonrise for me, with the few glances I could squeeze in while driving. Love your photo of the jet crossing the moon face. Always great photos. Don't hesitate to upgrade your gear ;)

I'd love to figure out how far the plane was, but I only got the one picture!

I was thinking of a very rough calculation, like I used to throw to my students.

If the plane was just above the horizon (reasonable, given the colour and distortion of the Moon), then you can use Pythagoras' theorem to get the distance to the plane, assuming an altitude of 7 miles or so, and Earth's radius of 3963 miles. You get a distance in the neighbourhood of 240 miles to the plane. Changing the altitude by a mile doesn't change the answer too much (since we're going for a rough estimate!).

Sorry – Whenever anyone asks a question like "Here's a cool pic, how far is that?" I just have to answer… :-)