The Super Blood Wolf Moon Eclipse from under a Rainstorm 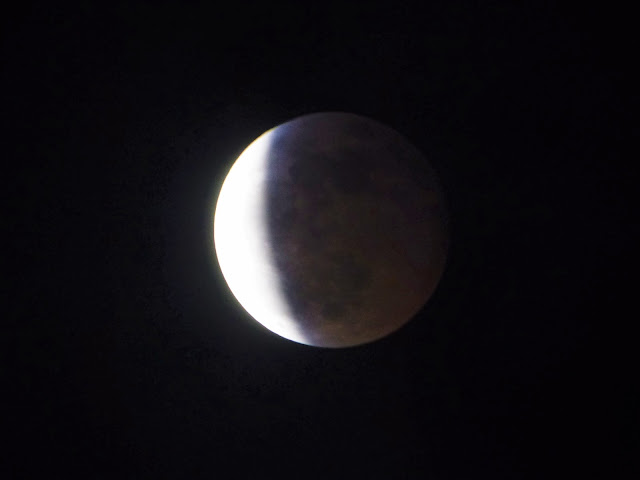 By all rights none of these pictures should exist. It was one of the astronomical events of the year, the...um..."Super-duper Blood Red Wolf Full Moon and Eclipse Extravaganza", or something like that. But unfortunately we had an 80% chance of rain for most of the evening in our area so I didn't expect to see any of it. 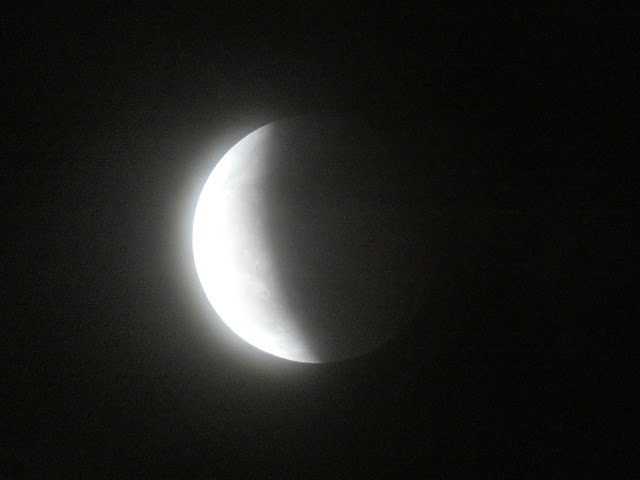 And yet...I couldn't help going outside every few minutes on the off chance that a break in the storm might occur. About the time of totality I could see clearing off to the west, and the opening was moving east at an excruciatingly slow pace. But I finally saw a patch of light through the clouds, and then there it was. 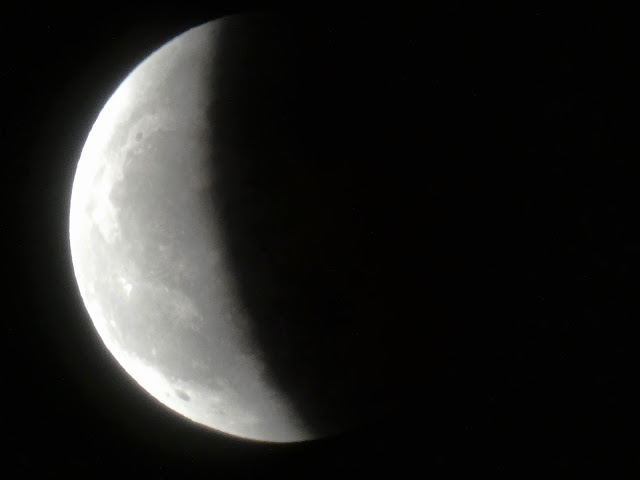 So tonight's post documents only a small portion of the celestial event, but I felt privileged to see just this much. After about 15-20 minutes the next wave of clouds moved over and blocked out the moon once again. 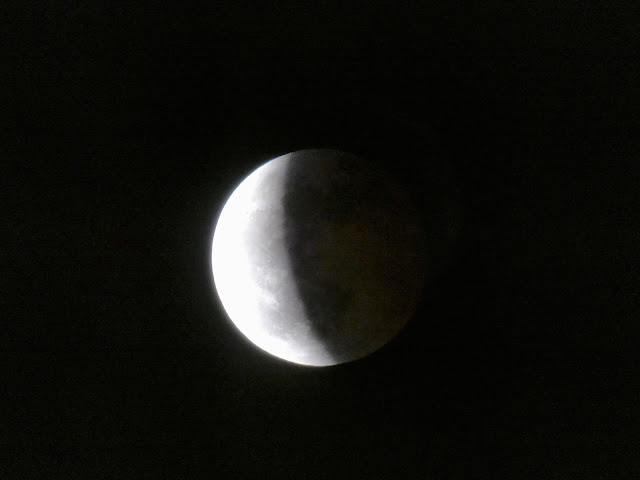 If there is any consolation, I got a somewhat interesting video of the clouds moving across the moon, accompanied by narration from Zoey the cat, who couldn't understand why I wasn't picking her up. The jerkiness in the middle of the video resulted from the kitty claws digging into my leg as she hopped up into my lap.