A Surprise Today on the Tuolumne River: A Bobcat! 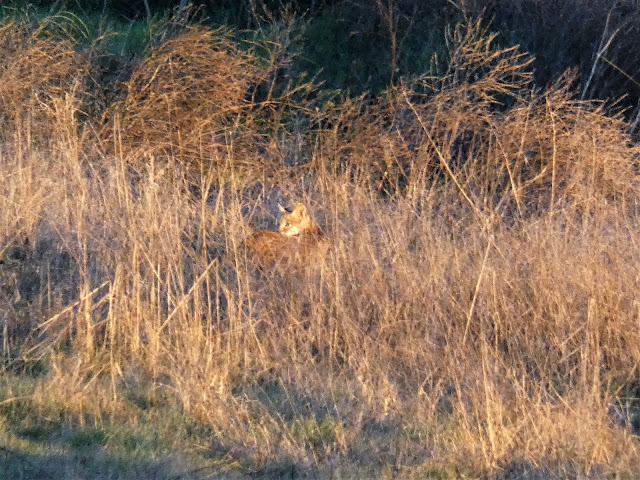 Here's some unexpected fun...Mrs. Geotripper and I decided on the spur of the moment to watch the sunset from upstream on the Tuolumne River near Turlock Lake. Of course I was watching for bird species, but something moving in the field a few hundred yards away caught my eye. I realized it was a Bobcat. It didn't notice me watching. I was snapping pictures at first, and all it was doing was showing me its tail, but I finally realized I could also do video. Eventually I got two pictures of its face. It's the first one I've ever seen long enough for pictures of any kind. 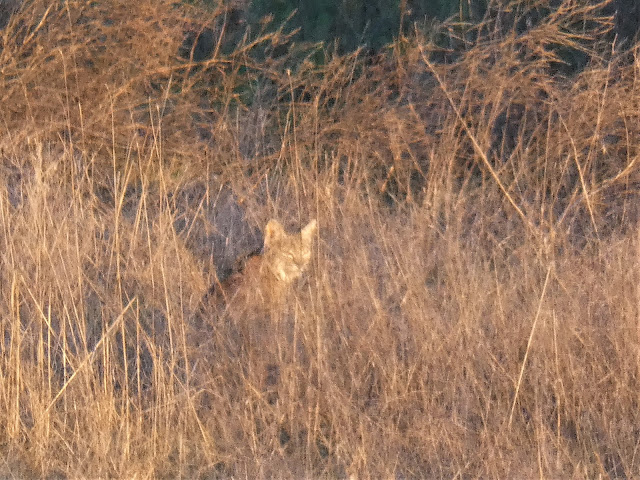 Bobcats are a North American species with a range that extends from Central Mexico to Canada. They are smaller than Lynxes, but about twice as big as a domestic cat. The ancestors of the Bobcat came across the Bering Land Strait around 2.6 million years ago, and the modern species appeared about 20,000 years ago. They've done pretty well adapting to the expansion of the human species despite being hunted for their fur or to prevent predation of farm animals.

It was a thrill to finally see one for more than a brief glance!