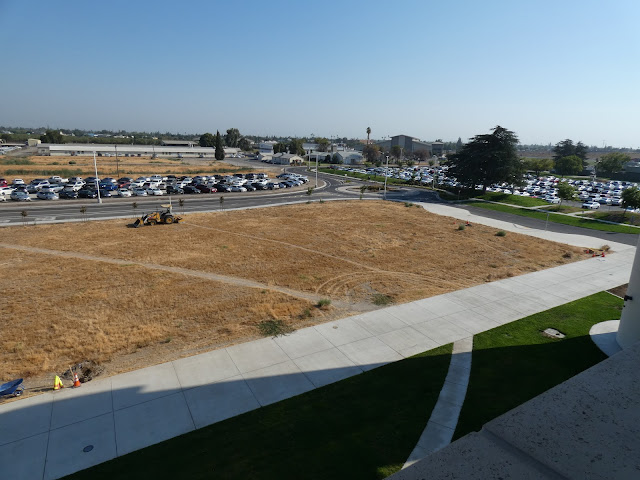 For thirty years it was nothing more than a dream, something hoped-for, but never realized for lack of funds. Ten years ago it became a possibility when our country passed Measure E to redevelop the campus of Modesto Junior College. But there were many, many projects, more than the measure could pay for. But there was still enough of a dream that the faculty and museum staff requested that the vacant lot north of our Science Community Center not be developed in any way in hopes that the last of the Measure E funds might be utilized to construct the Great Valley Outdoor Nature Lab (some administrators wanted to put in grass along with irrigation and walkways; we knew if that happened, the lab would never come into being). 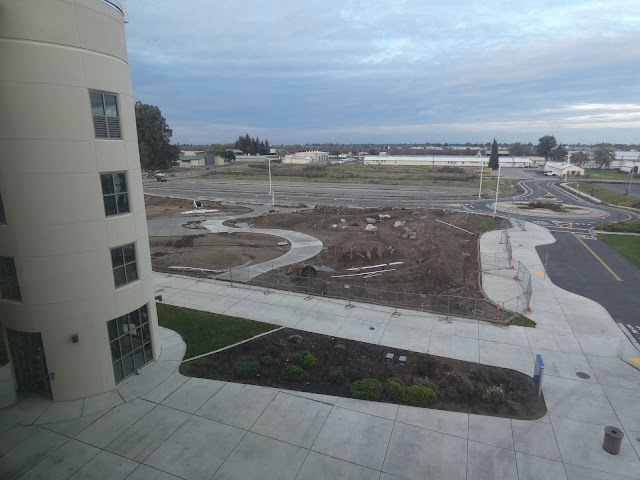 The decision was finally made a year or two ago. The last of the funds would be devoted to the Outdoor Lab! Then came the proposals and planning. Then the budget realities and deciding what parts had to be cut. And finally at the end of the summer the construction began. 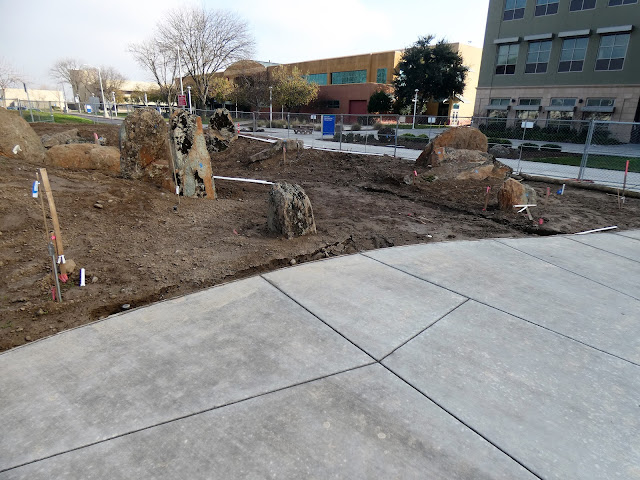 There was the very fun business of selecting many tons of boulders and watching them get dropped into place. When I left for the holiday break there were only hummocks of dirt but when I returned this week the concrete walkways had been completed. With the boulders in place, the irrigation system could be installed and in the next three weeks or so an entire woodland of native vegetation will be planted. 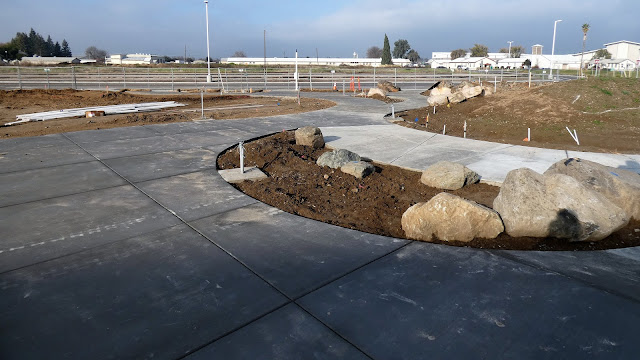 The greenhouse is coming along, as are the two mock paleontology dig sites. We have hopes of adding a dinosaur to the landscape, a reasonable facsimile of an Augustynolophus Morrisi, the state dinosaur. The first dinosaur ever found in the state was discovered in our county (it was a Saurolophus of some sort, possibly an Augustynolophus). Interpretative signs are being designed. 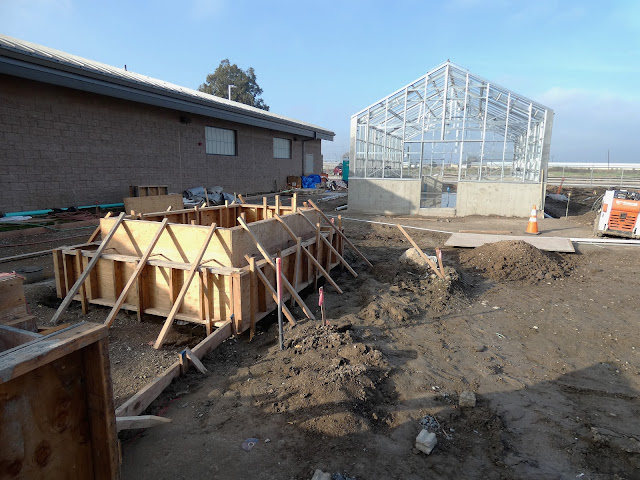 Many of the children in our region are not able to visit the wild areas that remain in the Great Valley and adjacent Sierra Nevada Mother Lode. The Great Valley Outdoor Nature Lab will be a microcosm of the valley and foothill ecosystem, with native vegetation, native rock outcrops, and a vernal pool. It is our hope that the native birds, reptiles, and other animals will start making a home in our little microenvironment. 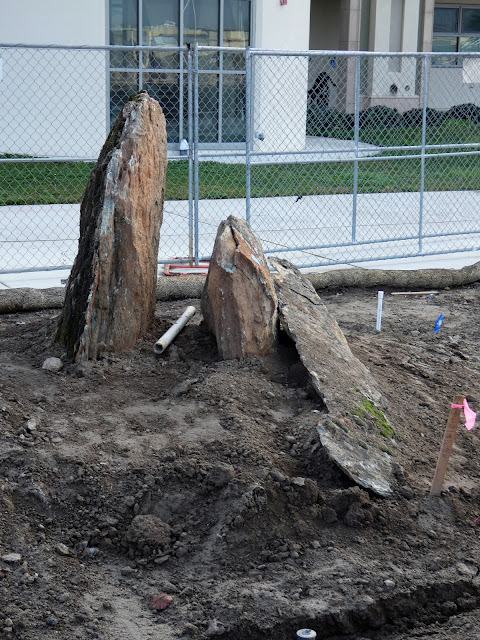 It is a marvelous feeling to see a decades-long dream coming at last to fruition. It's an exciting time for us! More updates to come... 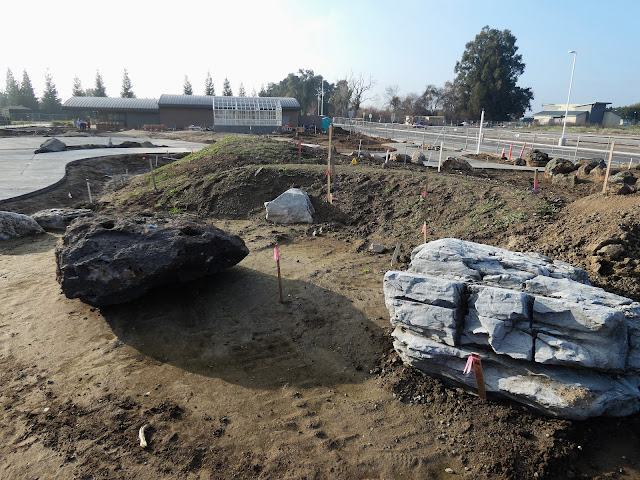