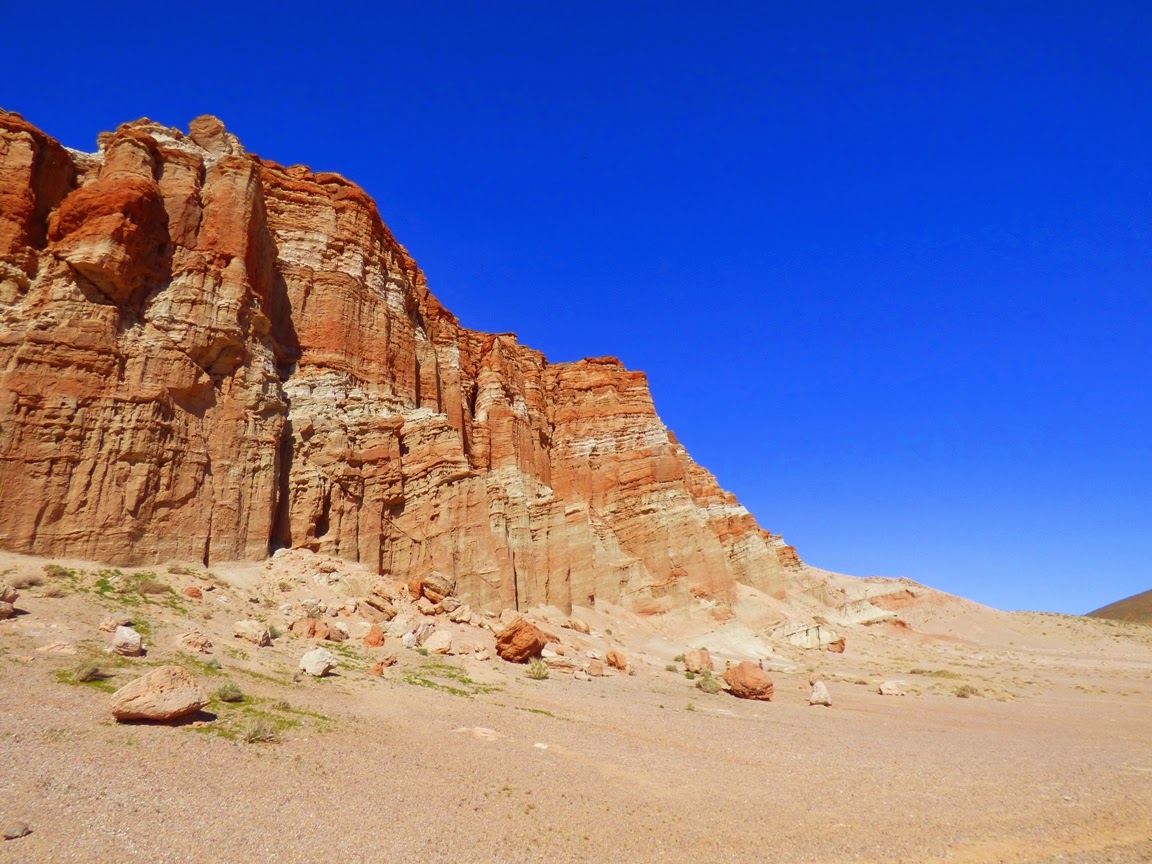 Deserts have such a fearsome reputation around the world, but deserts can be both beautiful and at certain times of the year a pleasant place to visit. The dry lands of the American Southwest are no exception. For geologists, the treat is made better by the marvelous exposures of barren rock that tell stories of the past when the landscape was very different. This is one of those places: Red Rock Canyon State Park in California. We paid a visit on our way to Death Valley a few weeks ago. 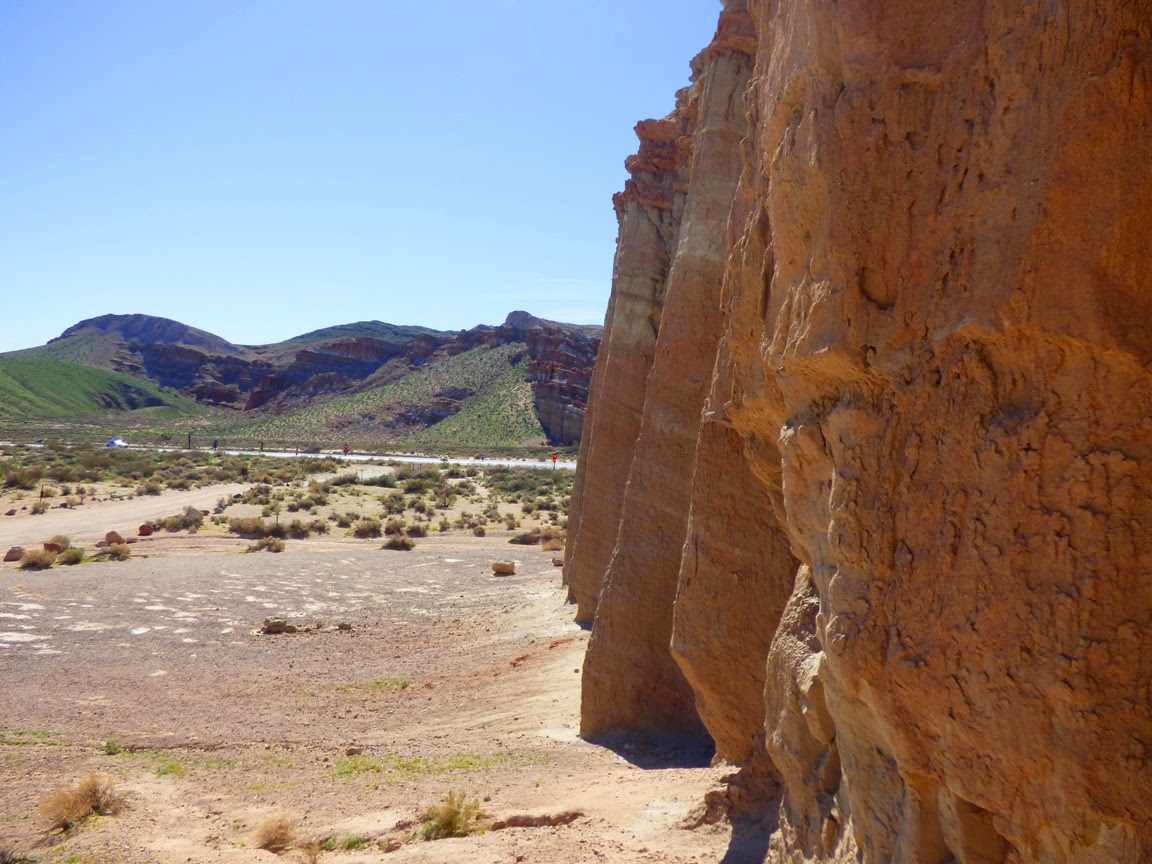 The Garlock fault cuts across the boundary between the Basin and Range province and the Mojave Desert, forming a high linear ridge called the El Paso Mountains. Erosion has stripped away the alluvial cover, exposing the underlying continental sedimentary rocks. The rocks, candy-striped in tones of red, pink and white, formed in a deep basin between 12.5 to 7.5 million years ago, accumulating to a depth of more than a mile. The sediments include arkosic sandstone, siltstone, shale, along with volcanic ash and lava flows recorded several dozen eruptive events. The environment was perhaps semiarid, but certainly wetter than the current day. The fossil record suggests an Upper Sonoran paleobotanical zone, with Black Locust, Mexican pinyon pine, cypress, California live oak, red-root, acacia, desert thorn and palm. Similar plants are found today in the high mountain ridges between San Jacinto and Santa Rosa Peaks in southern California (a region I explored often in my youth).

The steep cliffs have attracted filmmakers for decades, making appearances in all manner of movies, including a lot of westerns, and one of my favorites, the opening scenes of "Jurassic Park".  But instead of dinosaurs, paleontologists have discovered a treasure trove of late Cenozoic mammals, reptiles, amphibians, and birds. More than 100 species have been found thus far. 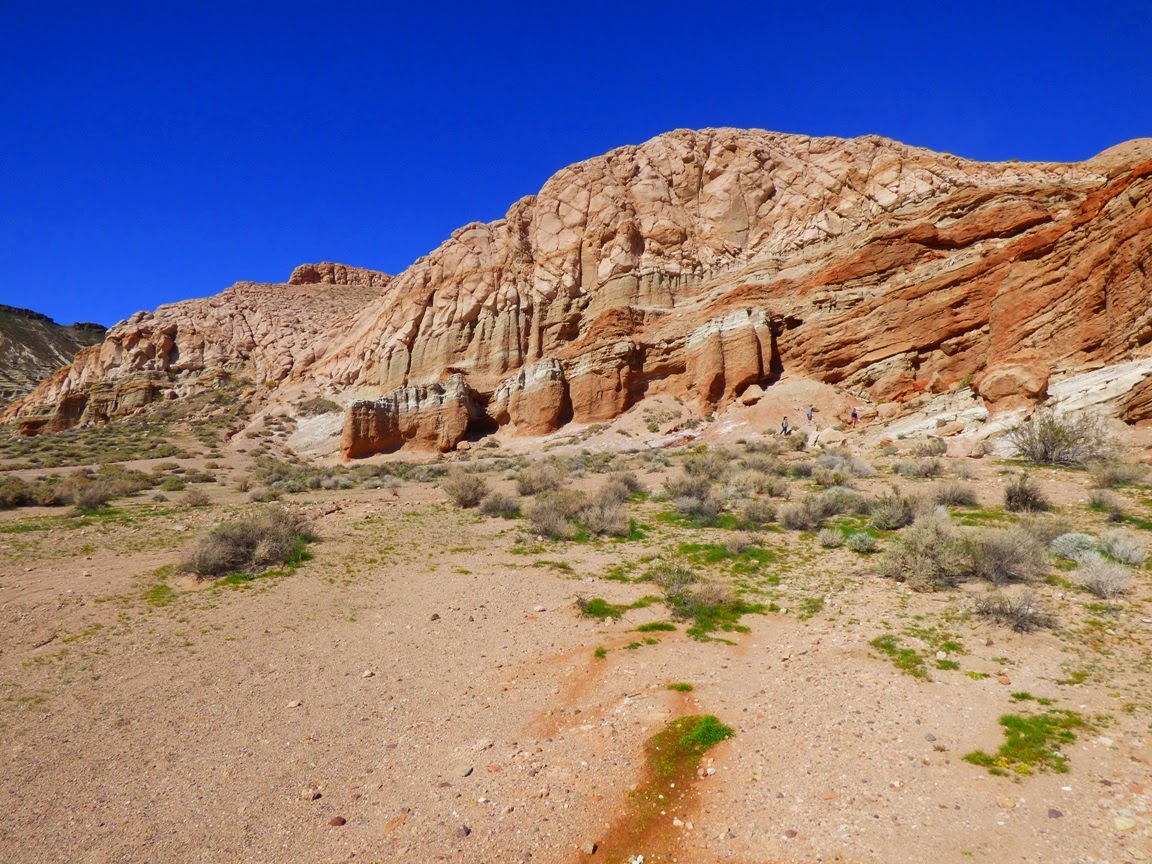 What kinds of animals lived in the western North America around 10 million years ago? It was a diverse ecosystem with many unexpected species for those who think that deer, antelope and buffalo cover all the bases. Thanks to David Whistler, we have a rather comprehensive list of the animals who lived here.

This rich selection of plant eating animals represented a huge source of walking protein, so there were predators, lots of them. There were six different species of canids (ancestors to the wolves, foxes, and coyotes), a very large bear-like animal, and three large ancestors to the cats including a an early form of sabertooth. 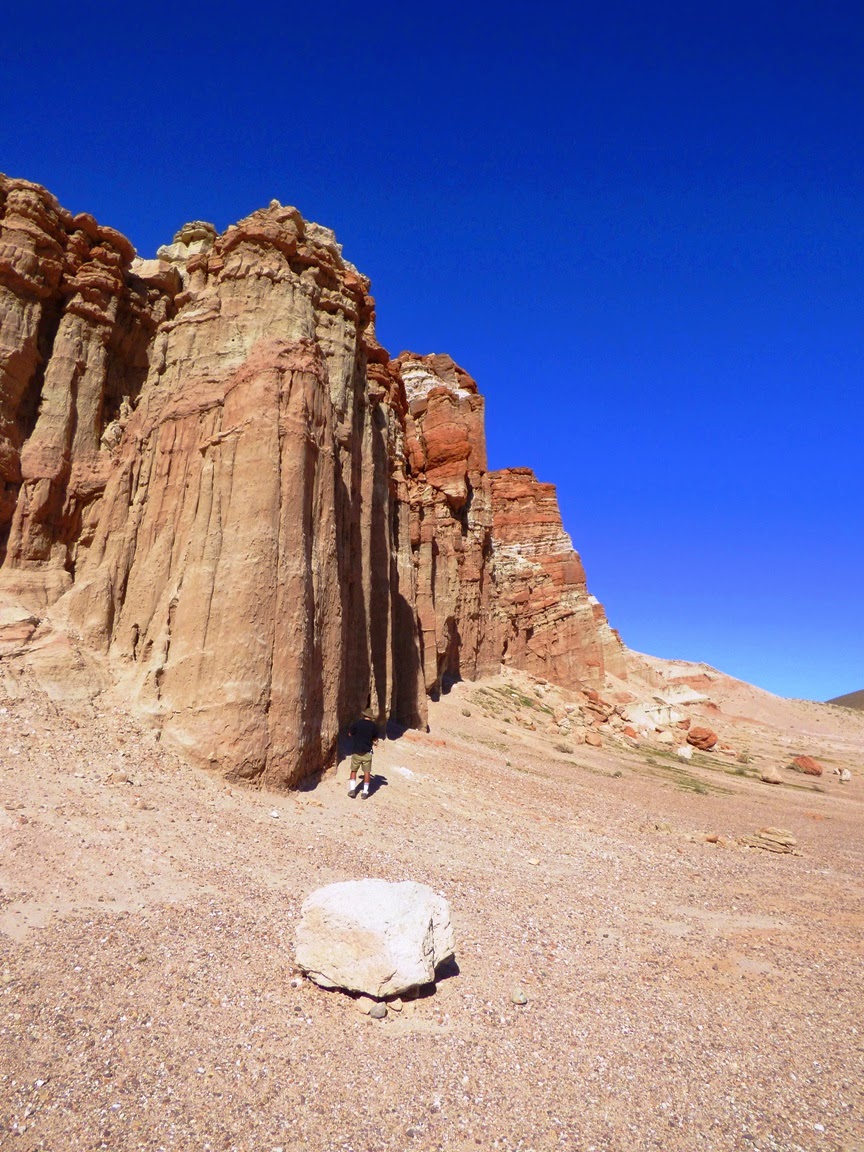 We spent our time learning the basics of stratigraphy, practiced a rudimentary form of geologic mapping, and interpreted the environment of deposition from the nature of the sediments exposed in the cliff. I wandered between groups of working students, answering questions, but my eyes kept ranging across the cliffs, thinking how incredible it is that we live in a time when we can discern the past history of our planet, and in so doing, understanding how we came to be. We are both a part of the Earth's ecosystem, and yet exist outside that ecosystem (for better or worse).

This rich variety of animals in Miocene time occurred because the climate provided rich sources of food, and diversity of the ecosystem was the result. Today, if a climate is not to our liking, we alter the ecosystem to our own ends. We build our shelters, we travel in little cocoons with air-conditioning and stereophonic sound, and we import vast amounts of resources and fuels to maintain our chosen lifestyle. We tend to ignore the other elements of the ecosystem where we live and visit. We don't embrace our environment, we cut ourselves off from it. It's when I'm in a place like Red Rock that I am reminded of where we come from, our ultimate heritage. We are children of the Earth. And there are limits. 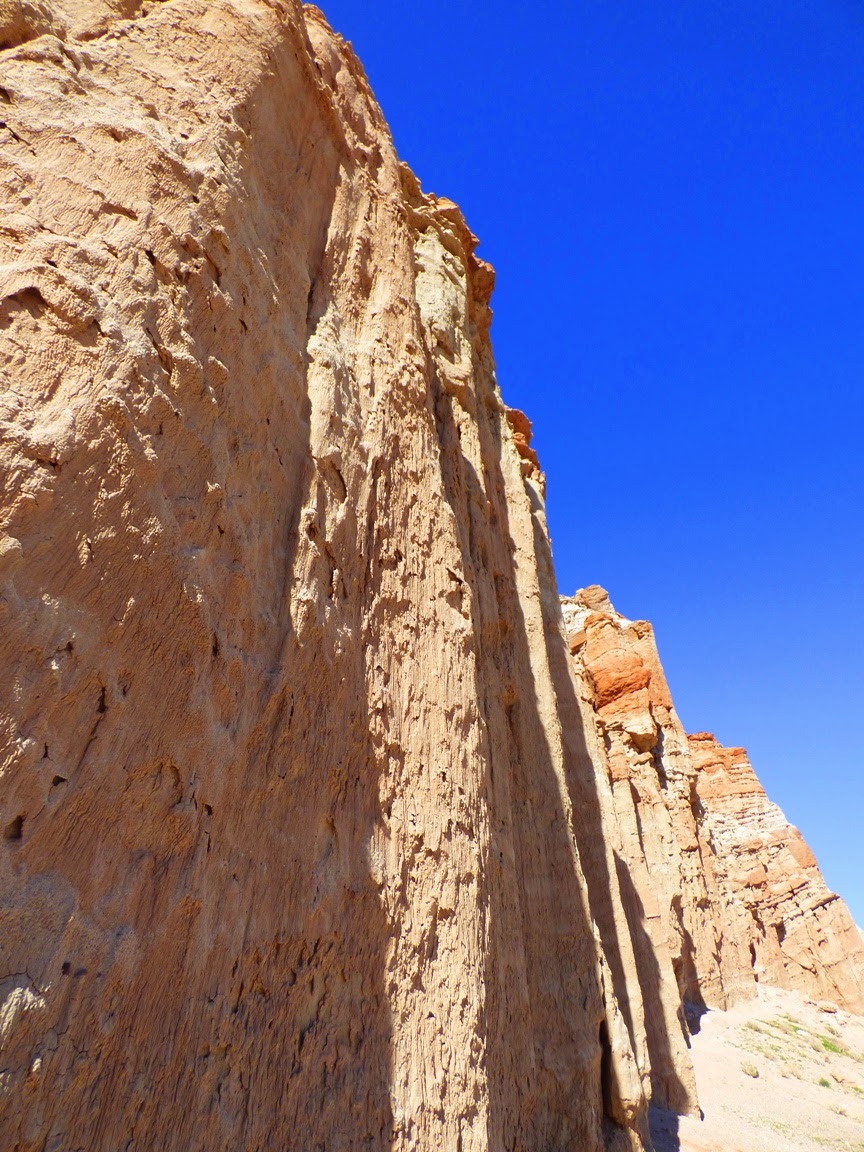