The Way It Was: Yosemite on a September Saturday 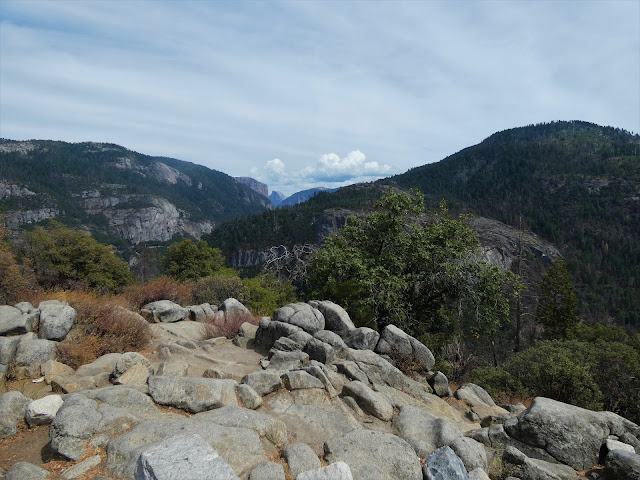 Not what I was expecting...

I generally avoid Yosemite Valley in the summertime, and I try to avoid Saturdays especially, but I was a glutton for punishment; we hadn't been to the valley since last spring and were kind of curious about how it would be. We expected crowds and dryness and dust. 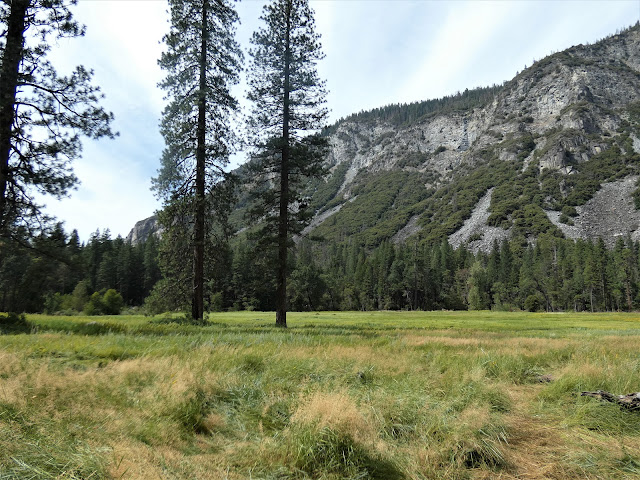 That's not what we found. In September, the meadows are often brown and the waterfalls dry. Instead, Bridalveil Meadow was green and filled with wildflowers, and Bridalveil Fall, while not roaring by any means, was flowing nicely. The wind occasionally picked up and blew the water in odd directions. 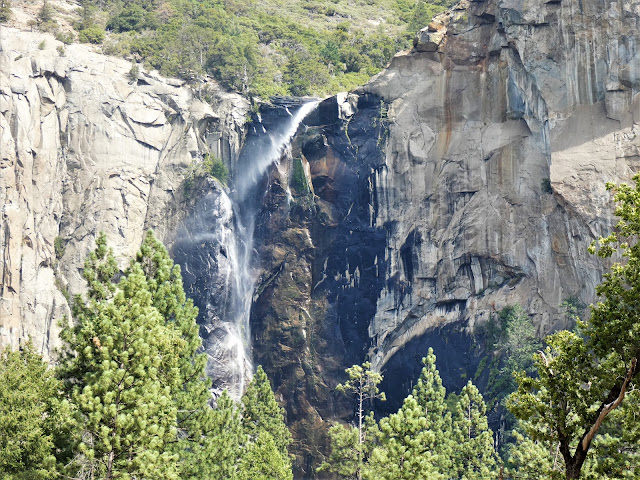 Even Yosemite Falls had a trickle. I don't know if it was left over from the spring, or if it was from the recent thunderstorms, but it was nice to see. 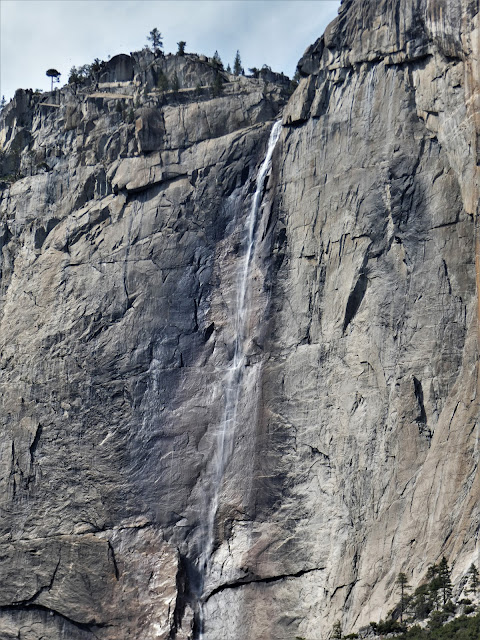 Half Dome is spectacular, no matter the time of year. The afternoon cumulus cloud buildup provided a nice backdrop. 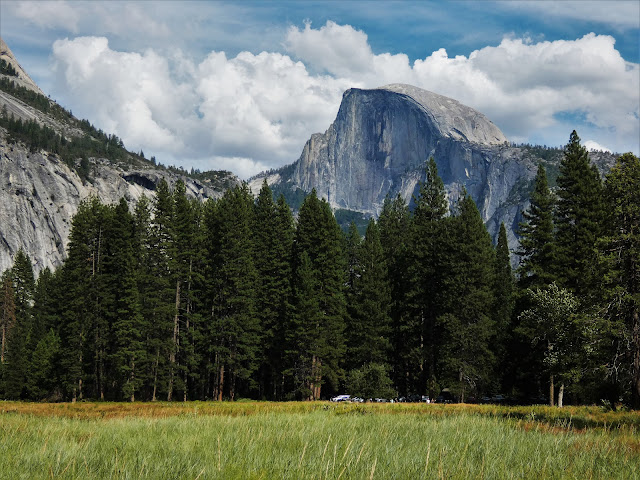 Sentinel Rock is another towering cliff that is an incredible sight no matter the season. It's one of those rocks on the "wrong" side of the valley that is not noticed as often because it is opposite of Yosemite Falls. If it were anywhere else on the planet besides Yosemite, it would be a national landmark all on its own. 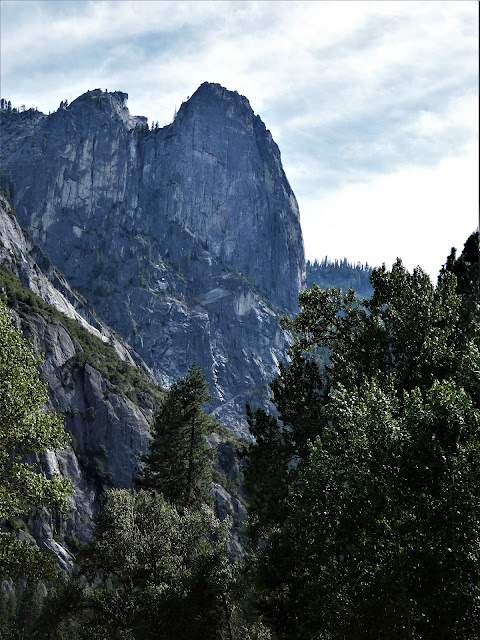 A late afternoon treat is the Valley View at the west end of Bridalveil Meadow. There's a small pullout, but it is often ignored by people rushing home from their day in the valley. We found a spot despite the traffic, and simply sat for awhile. 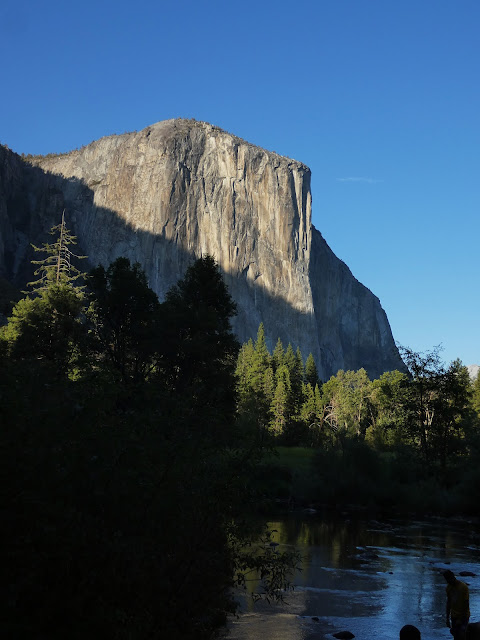 The wonderful thing about late summer is that the low water on the Merced River is often calm and provides a wonderful reflective surface. It was gorgeous and serene. 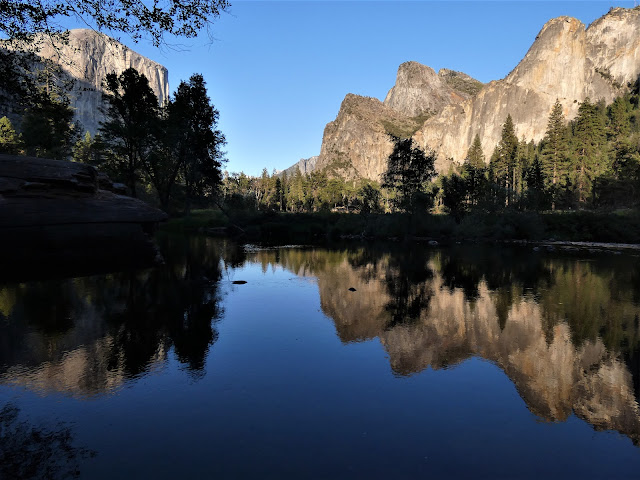 Always a treat to see 'your view' my friend! (Kathy Crawford)

Garry, where was the first picture taken? One might surmise that if the line between Half Dome and your feet were extended into the Great Valley it might cross Turlock...

The line of sight does extend into the Great Valley. We were at the turnout on Big Oak Flat where Half Dome first comes into view just east of the Foresta turnoff.

It was part sarcasm after the last post about half dome from Turlock which generated many comments and skepticism. I have yet to convince my mom half dome is visible from the valley.