A Beautiful Scene for a Horrific Day 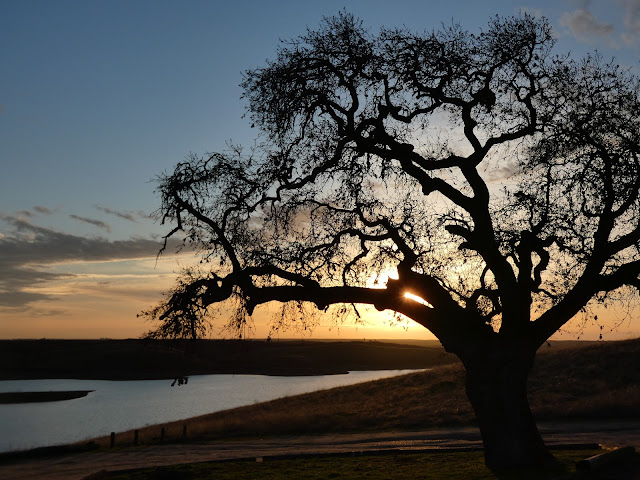 There aren't many days like this. That can be both a good thing and a bad thing. My country was rocked by a coup attempt and the Capitol Building was invaded and vandalized for the first time in centuries. It dominated my day and little else was accomplished, other than to stare unbelievingly at the screen where the events unfolded in Washington D.C. and various state capitols. When things settled somewhat, we had to get outside, away from the media. And we discovered it was one of the clearest days of the year. 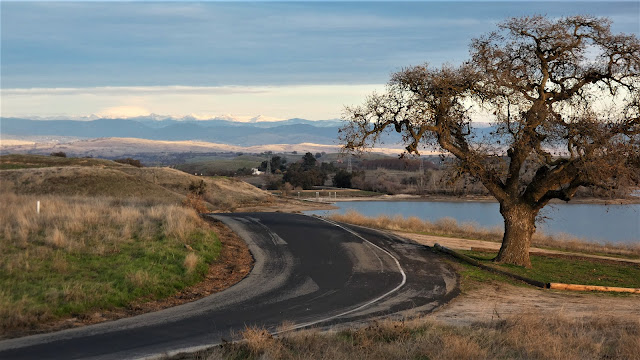 We headed a few miles east to the single best viewpoint I know of in the western foothills of the Sierra Nevada: Turlock Lake State Recreation Area. The lake mainly serves as a fishing and boating site (as well as being a principle irrigation reservoir), but there is some interesting geology, and a wonderful view.

The dam is constructed on the sediments of the Turlock Lake and Mehrten formations, and a number of interesting fossils have been found in the area: mastodons, camels, horses, huge tortoises, and gigantic 9-foot-long tusked (really!) salmon. 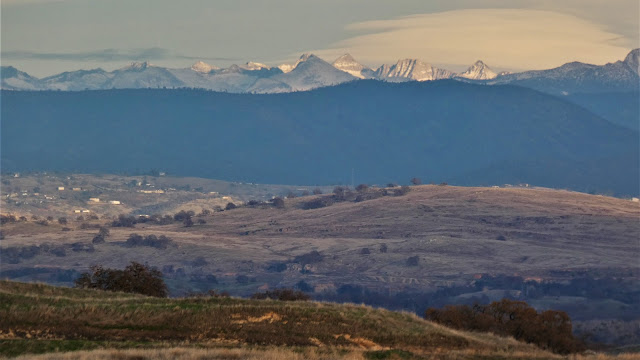 East of the main picnic area there is a paved road that climbs to the top of the highest local hill, and on a clear day like this one was, the view extends from the high peaks of Yosemite National Park across the Central Valley to the mountains of the Diablo Range, and the rest of the Coast Ranges. Today was one of the clearest days I've seen in a long time. 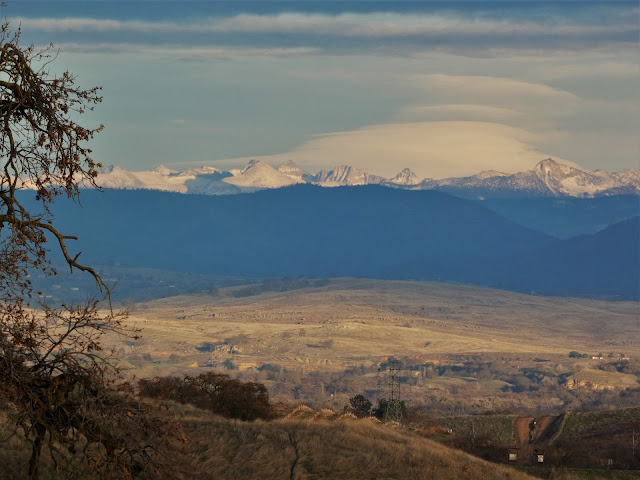 Some lenticular clouds were building over the Sierra Crest, making me wish I was I could be up there and a little closer, but that wasn't to be this time. Maybe soon... 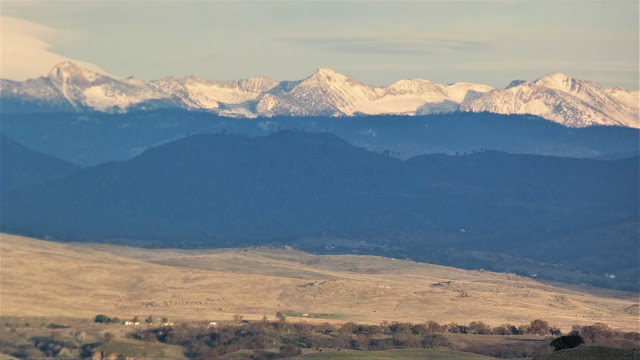 Postscript (1/30/21): Anonymous asked what peaks were visible in these pictures. I checked on caltopo.com and found that we were looking at the heart of the Yosemite high country. Here are the caltopo.com images for the last two views above. The first shows from left to right Mt. Simmons, MaClure, Lyell, and Clark. 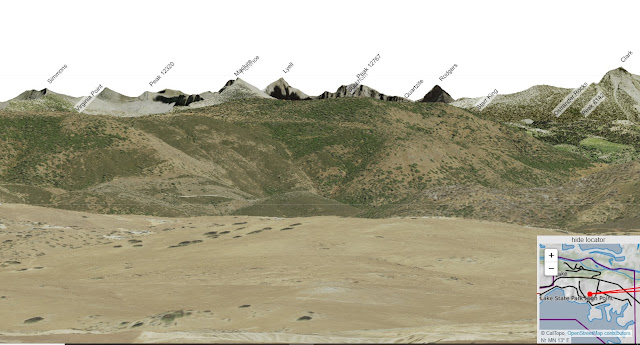 can you identify any of the peaks?

With work I could identify some of them. They are most likely the high country of Yosemite National Park, perhaps just south of Yosemite Valley.